“WTF is Katy Perry doing!”, is what fans were wondering in awe as the Last Friday Night (TGIF)” singer hilariously flung pizza slices into the crowd at a Las Vegas nightclub, and guess what, fans appeared to love the feeding frenzy that Perry caused. Read on to learn more about her weekend scenes. 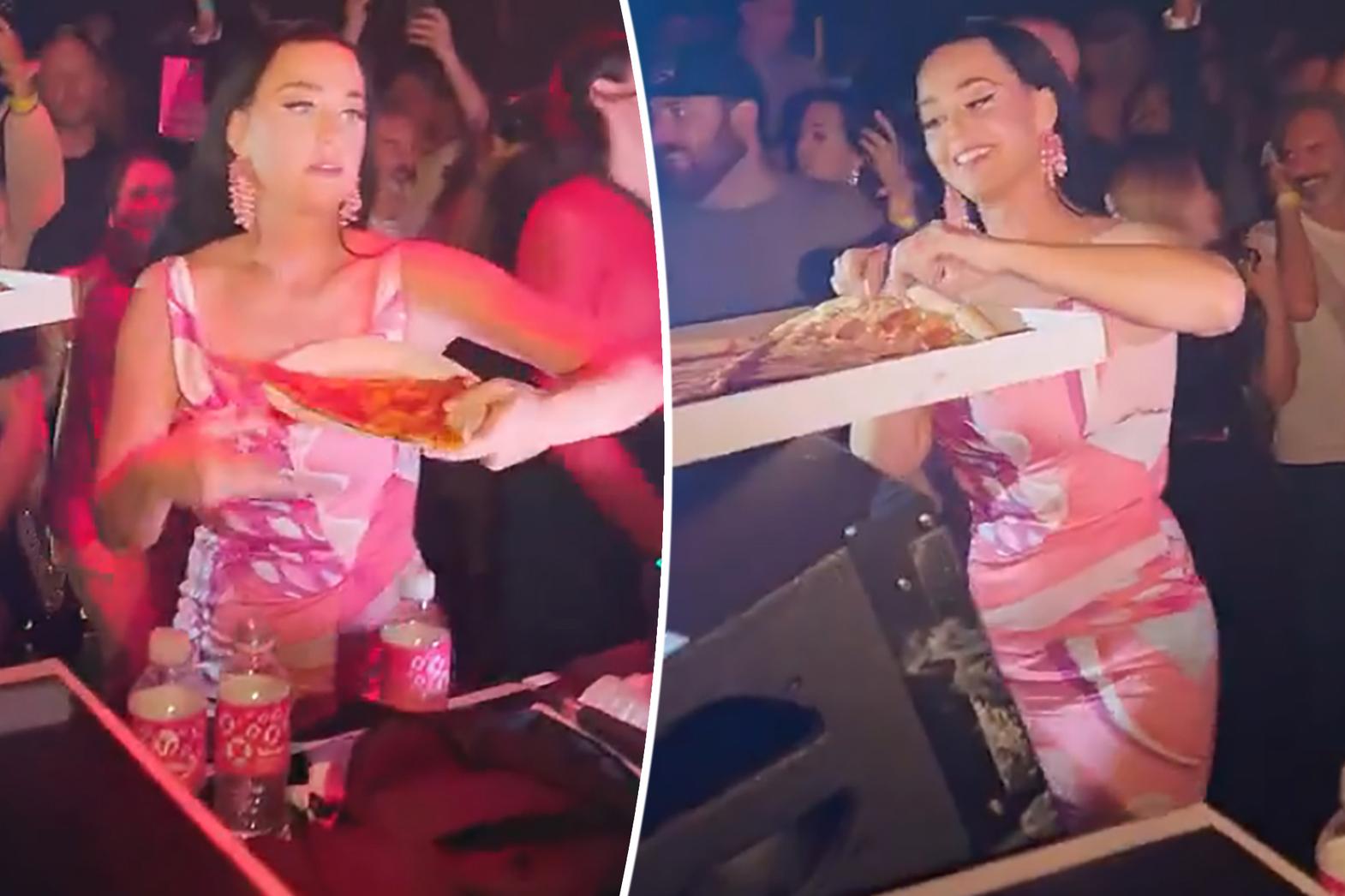 Katy Perry attempted to feed the inebriated masses at a Las Vegas nightclub over the weekend. The “Last Friday Night (TGIF)” singer hilariously flung pizza slices directly from the box into a crowd. The highly energised attendees tried their best to grab the piping-hot treat and the video is all over the internet.

In this video, the “Firework” hitmaker was seen behind the decks at Zouk nightclub, where she was peeling off giant pieces of carby wonder and tossing them onto the dancefloor. Well, fans were in love with the feeding frenzy she caused.

As she balanced the box on the speaker, Katy threw both paper plates and the pizza, which meant that the crowd had to catch both pizza and plate, before she discovered it was much easier to just fling the slice on its own. The video instantly went viral on social media and fans couldn’t wait to comment on Katy’s wild moves. Katy Perry’s fans truly enjoyed the pop star having fun. “imagine Katy Perry throwing pizza right in your face??? omg a dream,” tweeted one fan. “oh to be slapped in the face with Katy Perry’s pizza,” joked another.

“The way my drunk feral ass would 100% be eating that pizza off the nasty ass club floor if Katy Perry threw it at me,” tweeted a third. “I would do anything for Katy Perry to slap me in the face with pizza,” wrote another.

Some other fans expressed how they’d have loved to be slapped with a pizza by their icon. One fan expressed his desire by tweeting: “The way my drunk feral ass would 100% be eating that pizza off the nasty ass club floor if Katy Perry threw it at me.” Another one read, “If Katy Perry threw a slice of pizza at me, I would simply catch it with my mouth.” Some people, however, expressed concerns regarding the newly spreading disease monkeypox. “The US Monkeypox vaccine rollout,” wrote one fan.

Katy was engaged in these wild moves while her husband Orlando Bloom, was in Australia working on a project. The “Pirates of the Caribbean” star, 45, shared a series of photos from his travels.

Perry has been described as a sex symbol by several outlets; GQ labelled her a “full-on male fantasy” while Elle wrote her body looked “as though sketched by a teenage boy. Well, at 37, she hasn’t lost the charm and really knows how to party.

Katy Perry performed her Play Vegas residency, in the same Resorts World hotel as the nightclub on Saturday (July 30) so it seems like she was having some after-party fun with her pals while ensuring that her fans are well-fed. Well, in the most hilarious way possible, eh?