Kanye West Calls Drake “The Greatest Rapper Ever”, Praises Him For Sleeping With Kris Jenner

Kanye West is just unstoppable! Ye’s “White Lives Matter” controversy wasn’t cold yet, and he came up with another stunt. This time it includes Kris Jenner and his old rival Drake. The only difference is that this time, it’s different as Ye cannot stop praising the Canadian rapper for fu–king Kris Jenner. Read on to read all about his claims on the “Drinks Champ” podcast. Drake, The “Best Rapper Ever”…

Kanye West calls Drake the GOAT and claims he slept with Kris Jenner.👀😳

“Corey knows what it means.”💀 pic.twitter.com/2TXne26PI1

While many may feel that providing him with a public platform considering his recent actions seems like a bad idea, the ‘Donda’ rapper did exploit it well. On his appearance on the “Drink Champs” podcast for a third time, Ye couldn’t hold back his emotions. Kanye, 45 told hosts N.O.R.E and DJ EFN that Drake is the greatest rapper ever, doubling down on his previous allegations about Drake’s intimate relationship with the “God’s Plan” rapper.

When N.O.R.E. asked Ye about his social media rant about Kris and Drake, Ye replied, “Yeah, that was hard. You know what it means. The 45-year-old rapper then added “Corey [Gamble] know what it means,” mocking Kris’s longtime boyfriend on Kris Jenner’s sexual relationship with Drake. Ye already posted these allegations in a since-deleted Instagram rant at the beginning of this month. Well, it’s obvious if you missed it, considering the speed with which he deletes the. In that Insta post, he wrote, “Drake a f**k ya baby mama’s mama. That’s a real war.” it was accompanied by a cryptic caption: “Bernard Arnault weak.”

If you’re confused about Bernard Arnault, LVMH Moët Hennessy (LVMH) CE, note that he is one of Ye’s victims who has been dragged down by the rapper in his recent social media rant. The latest feud with the billionaire fashion executive escalated after Ye referenced, Louis Vuitton menswear director and Off-White founder Virgil Abloh, who died last year from a rare form of cancer.

In an Instagram post, Ye alleged that Bernard Arnault killed his “best friend”. He wrote, Arnault “KILLED MY BEST FRIEND”, accompanied by a photo of a statue of Virgil, an ancient Roman poet, seemingly referencing Abloh again. It all started during the Paris Fashion Week Show when ye wore a “White Lives Matter” t-shirt and called Bernard his “new drake”, referencing his old rivalry with Drake.

Did Drake Sleep With Kris Jenner?

Drake’s affair with the Kardashian matriarch has been rife since 2013. Rumors surrounding their relationship ignited when Jenner attended Drake’s album release party. Drake even took an intimate picture with Kris Jenner holding her by her chest. Kris posted this picture on her social media.

However, Drake dismissed these rumors, calling them “baseless” in a previous interview. He said: “I’m just a friend. I really like Kylie Jenner a lot, I really like Kendall Jenner. Everybody’s really nice. Khloé [Kardashian]’s really nice. And obviously, you know, the queen of it all, Kris Jenner – she’s my favourite.”

“She’s the boss. She’s actually in town tonight, I was trying to get her to come through. She might fall through and play a little FIFA, you know?” Drake admitted. Well, Kanye thinks otherwise. Back in 2018, he accused Drake of going to Jenner instead of addressing him directly, considering their long-standing feud. 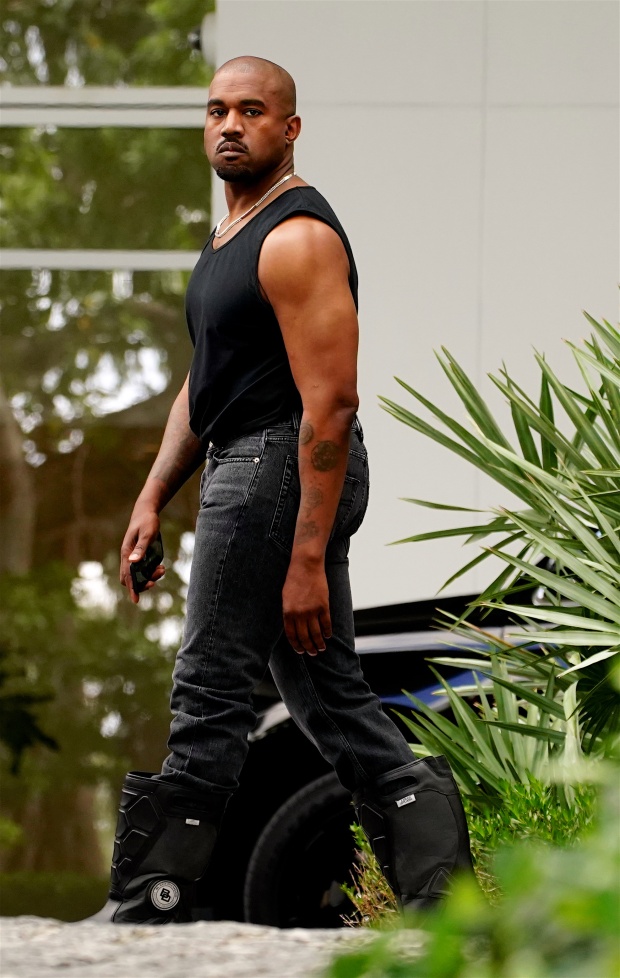 Well, Ye’s got a long list of rivals, and he has dragged down many celebrities in his recent social media rants. The rapper’s ‘extremely disturbing’ social media behaviour has ignited rumors about Holywood deciding to ‘cancel’ him. Shockingly, it was Drake who came forward to support him and asked fans not to “cancel” the rapper.