Kaitlynn Carter always said that having a son with Kristopher Brock was the best year of her life. They even celebrate their baby boy’s birthday and always post pictures of him on social media.

Kaitlynn Carter and Kristopher Brock are going to be the mom and dad of another one. They both took to social media to unveil one‘s pregnancy announcement, along with the gender reveal.

Kaitlynn Carter is a well-known blogger, model, businesswoman, and reality TV personality. She rose to prominence after appearing on MTV’s reality show The Hills: New Beginnings.

We’ve all heard of Kaitlynn, but Kristopher Brock is a fashion designer and co-founder of the Brock Collection. Let us now look into the news that the pair shared. 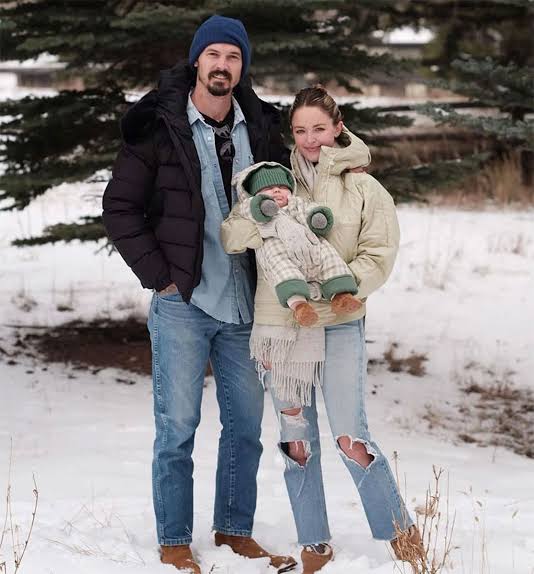 The former reality star is expecting her second child, a girl, after having a son in 2021. The model posted a photo to Instagram with the caption “baby girl” and a white heart.

As seen in the image, Kaitlynn’s boyfriend Kristopher took the photo, and she is showing her baby bump. Friends and followers have left congratulations and other cute messages in their comment sections.

Linda Thompson, Kaitlynn’s ex-Brody Jenner’s mother, also congratulated the two, saying, “Oh wow! This is fabulous news! congratulations to you and Chris! Rowan will be the best big brother. I’m so happy for you!!“

Carter is also well-known for her fling with Miley Cyrus.

This Is Kristopher Brock’s Third Child

Kristopher Brock is already a father of a kid from his previous relationship with his ex-wife Laura. This is his third child, but only his second with Kaitlynn Carter.

After meeting at Parsons School of Design in New York, the designer started up the Brock Collection with his ex-wife, Laura Vassar. According to the company’s website, the executives collaborated on the creation of a women’s luxury ready-to-wear tag.

Kaitlynn also talked about keeping her relationship with Brock private. “I don’t want to do overly public things. A lot of friends will ask me, ‘How is everything going?’ and all I can ever say is, ‘It’s going really well,’ because it’s like the most seamless, chill relationship. 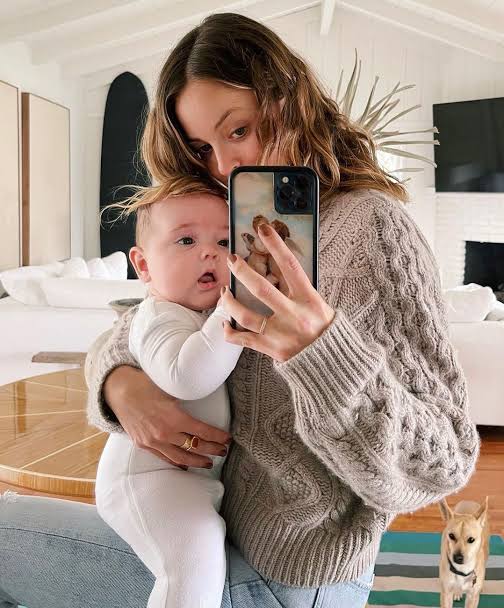 I’ve never had a relationship that was just easy. I feel like he’s the first adult that I’ve ever dated.”

At the beginning of this year, Kaitlynn spoke up about people talking about her outfits. She penned an emotional message stating, “I’ve always read about women being criticized for their choices once they’d become mothers, but this is my first personal experience with it.

Over the course of my time on Instagram, I’ve worn a number of ‘revealing’ outfits, and no one’s been concerned. All of sudden NOW it’s so shocking ! It’s very sad to me that that’s the world we’re living in.”

She further added, “You’re expected to dress one-way pre-children and another way post.” Check out the official post below.

We’re really happy for the pair. What are your thoughts on the couple’s announcement? You’re welcome to drop your opinions in the comment section below.