With Damien and the random guy on the Ferris wheel in heated battle, we meet new characters and cursed techniques in Jujutsu Kaisen Chapter 183. 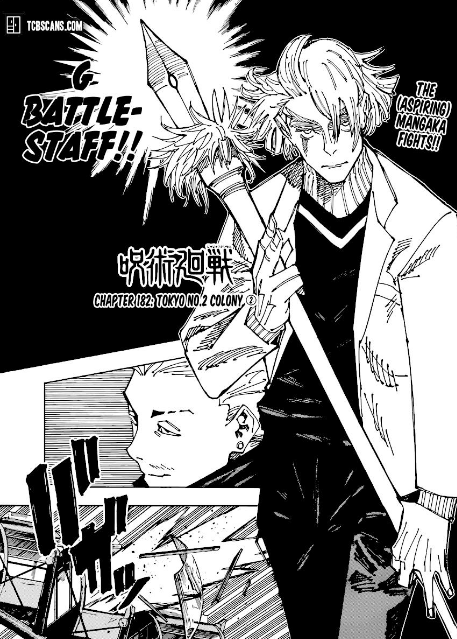 With Domain Expansion in place, Damien is in grave danger even with his future outlook. The question is who will come out on top in the first fight of the Tokyo Colony No 2? The normal public or the otaku fanbase.

The battle continues in great fashion as Damien witnesses his first Domain Expansion, will he be able to get out? Find out in Jujutsu Kaisen Chapter 183.

We start the chapter with Damien in a battle pose, ready with his spear, a staff with an ink tip as the end. Citing an author’s note from a manga from the olden times, Damien approaches the man with his G-Battle Staff.

He talks further about the life of manga. Explaining to the man that a mangaka is just writing fiction because it is far apart from him. But Damien has achieved the fiction in this world, fighting people with powers, involved in a shounen plot. 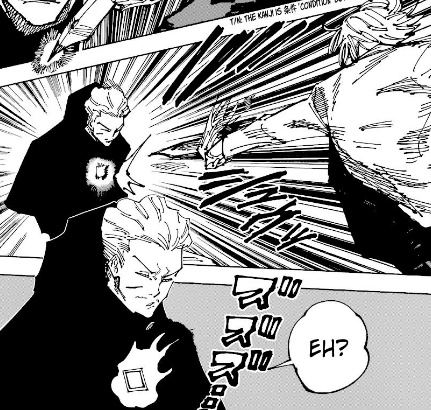 When the man remarks that a mangaka hurting a man with his pen, Damien makes the worst comparison. Compares himself to Captain Tsubasa, a footballer from shounen manga, who kicked the head of a person in the manga.

And then Damien made his first hit on the man. And here is when we see the cursed technique of Damien. His hit makes a panel on the body of the man.

The panel ability lets Damien lets see one second in the future of the person who is inflicted with it. After foolishly telling the man his technique in detail, Damien suffers the consequences.

The Danger of Domain Expansion

At first, Damien evades every move by the man but as time passes, the man gets adapted to the technique. Coming from behind, it always takes Damien a second to predict where the man is going to pop up from. 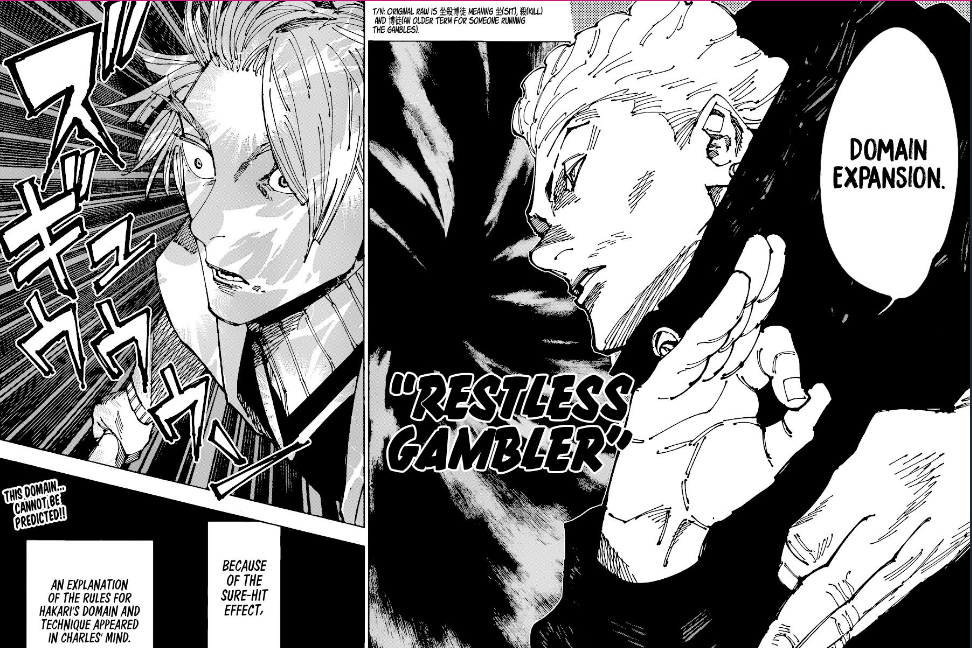 But as the man throws more insults at otakus, Damien steps his game up and inflicts another hit. Now after being hit by two panels, Damien can predict two seconds into the future.

Thinking that he has won the fight now that he can see into the future to predict the man’s every move, the man sends him into a shock. Revealing his Domain Expansion, the man shifts the feel of the battle altogether.

Now that the battle has come to Domain Expansions, the fight seems to be in its last legs. Can predict the future save him from the sure hit of the ultimate move of a sorcerer.

With Damien fighting the man on the Ferris wheel, it is a battle between the general public and the manga otaku fanbase, who will come out top? Find out on The Teal Mango.