In a hilarious turn of events, Jessie James Decker‘s 4 year old son, Forrest, accidentally clicked and posted his dad Eric Decker’s NSFW photo on Instagram. The toddler seemed to be playing around when he took a selfie in which his dad Eric Decker was visible taking a shower in the background.

The post had already gotten more than 800 likes before Eric apparently got to know of the mishap and deleted the post. 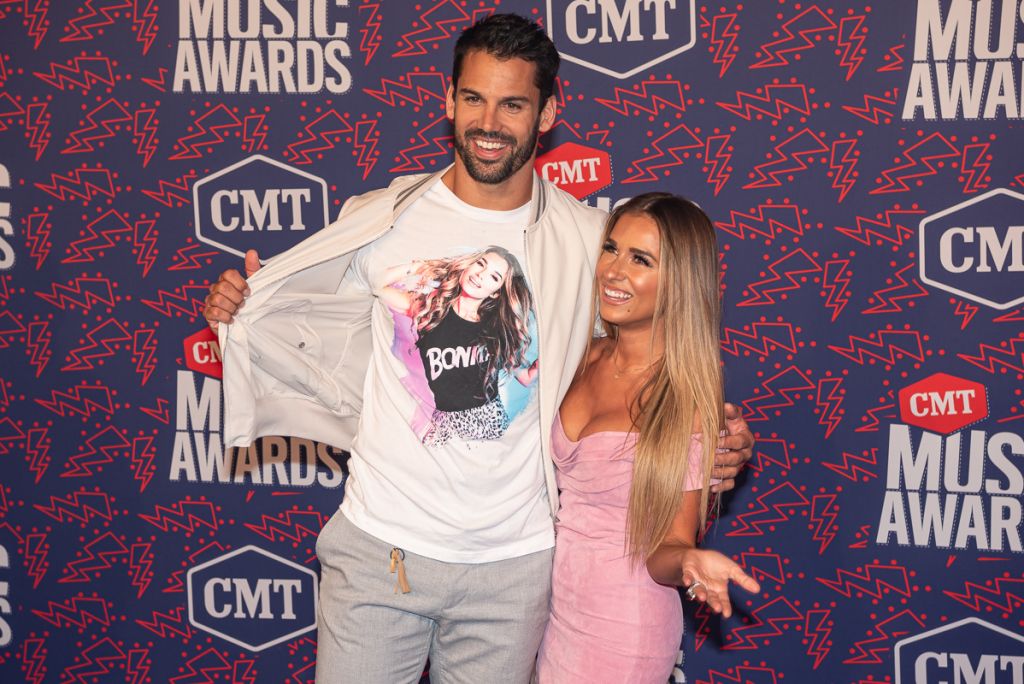 Jessie Came to Know About the Funny Event Through a Friend

Jessie got to know about her husband’s NSFW picture being posted online through a friend. After the post was deleted, she shared a screenshot of her conversion with her friend Alaina. Alaina had sent the picture, in which Eric’s bare back could be seen, to Jessie and texted her, “No I can’t stop laughing Jessie. I can’t”.

Her further text read, “I am not even sure if u know he has his phone but if u don’t know go grab.” Jessie’s reaction was quite obvious. She just said, “OMG”. Sharing the screenshot on her Instagram story, she tagged Eric and wrote, “I can’t even”. 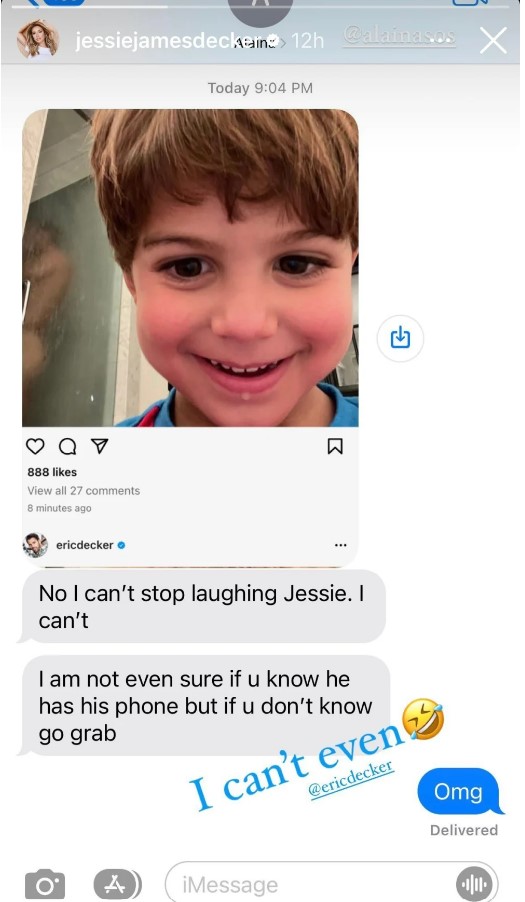 Eric also took the incident in stride. After deleting the post, the 35 year old former NFL star wrote on his Instagram story, “Time to change the code. So much for letting Forrest watch his Avengers videos during my shower.”

In 2018, Jessie had shared a nearly naked picture of her husband, this time not by accident. The 34 year old singer-actress had captioned the post, “#retirement.” Eric was seen flaunting his abs in the photo with just a towel covering the lower half of his body.

Even since retiring from NFL, Eric has been a stay-at-home dad. Jessie had talked about him in an interview in 2019 and said, “He’s amazing at it. I always am like, ‘What can’t you do?’ He’s so great at it, and he loves it. He loves being a stay-at-home dad right now and the kids love it. It’s just been nice to have him home, you know?”

She had also talked about the bond in their family and told, “We all just, I mean, sometimes we’ll all end up in mommy and daddy’s bed together, all snuggling and laughing and wrestling. I don’t know, we’re just happy. And I think it’s because we all love each other so much and we’re all so grateful for one another.” 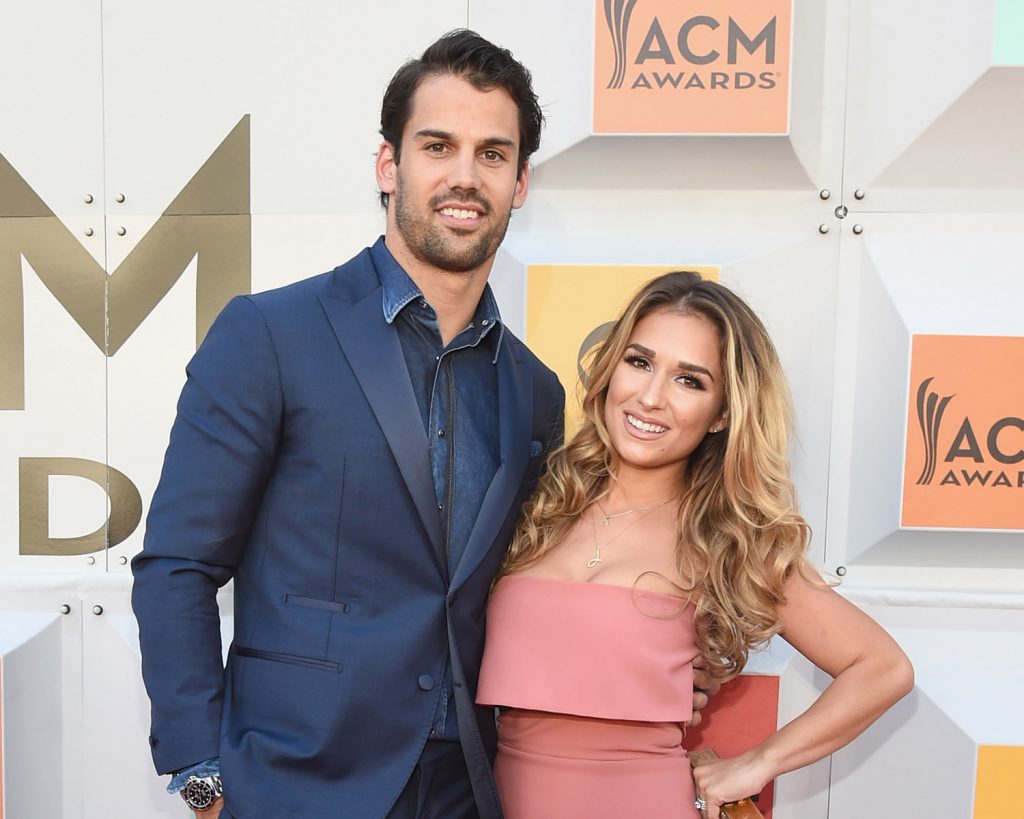 Jessie and Eric, who tied the knot in June 2013, celebrated their ninth wedding anniversary recently. Eric shared a series of pictures with Jessie on the day and captioned, “Happy Anniversary Mi Amor❤️ I love this life with you! So many adventures and beautiful memories we have created together.”

“You have stood by my side through the good and the bad. You are my lover, best friend and soulmate! Nine years down and a lifetime to go. Cheers to us,” he continued.

While the Should Have Known Better singer shared a video of her wedding album and a song that she had written for her husband on Instagram.