Jennifer Lopez Dating History: A Deep Look at Her Relationships

There is no doubt that there have been a lot of headlines about Jennifer Lopez during her career because of the way she acts, sings, and dances. Still, she has also been a part of many relationships with high-profile figures. 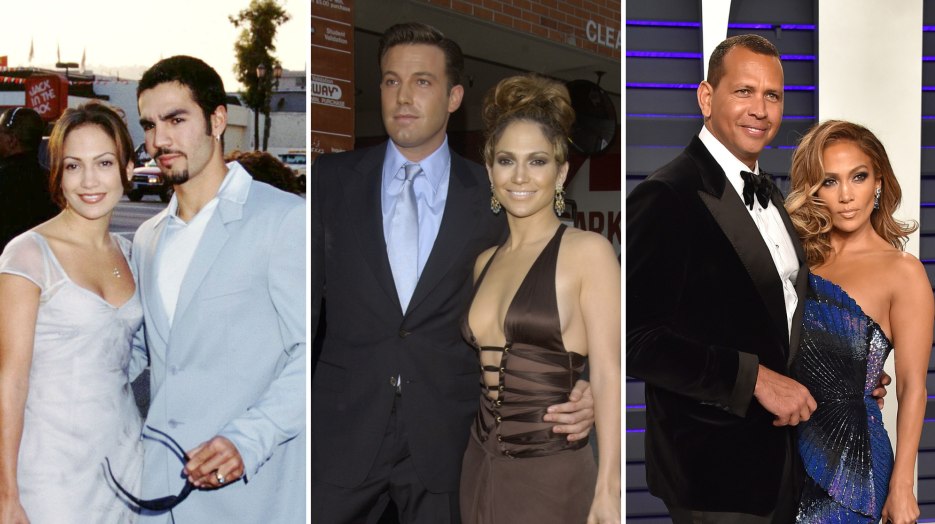 Over the past few years, there has been plenty of evidence that J.Lo is a devoted lover who is continually looking for the right one, having gone through a marriage that lasted for 11 months and a quick relationship with one of the world’s famed rappers.

She began to realize she wasn’t that into Mark Anthony despite thinking she had found a true romance. The “happily ever after” she was supposed to have with Alex Rodriguez did not work out. Her long-time Love Ben Affleck reunited with her after a long period of separation.

Continuing by reading Jennifer Lopez’s dating history, you can see a list of men she has dated over the last few years to discover more about the triple threat’s love life. 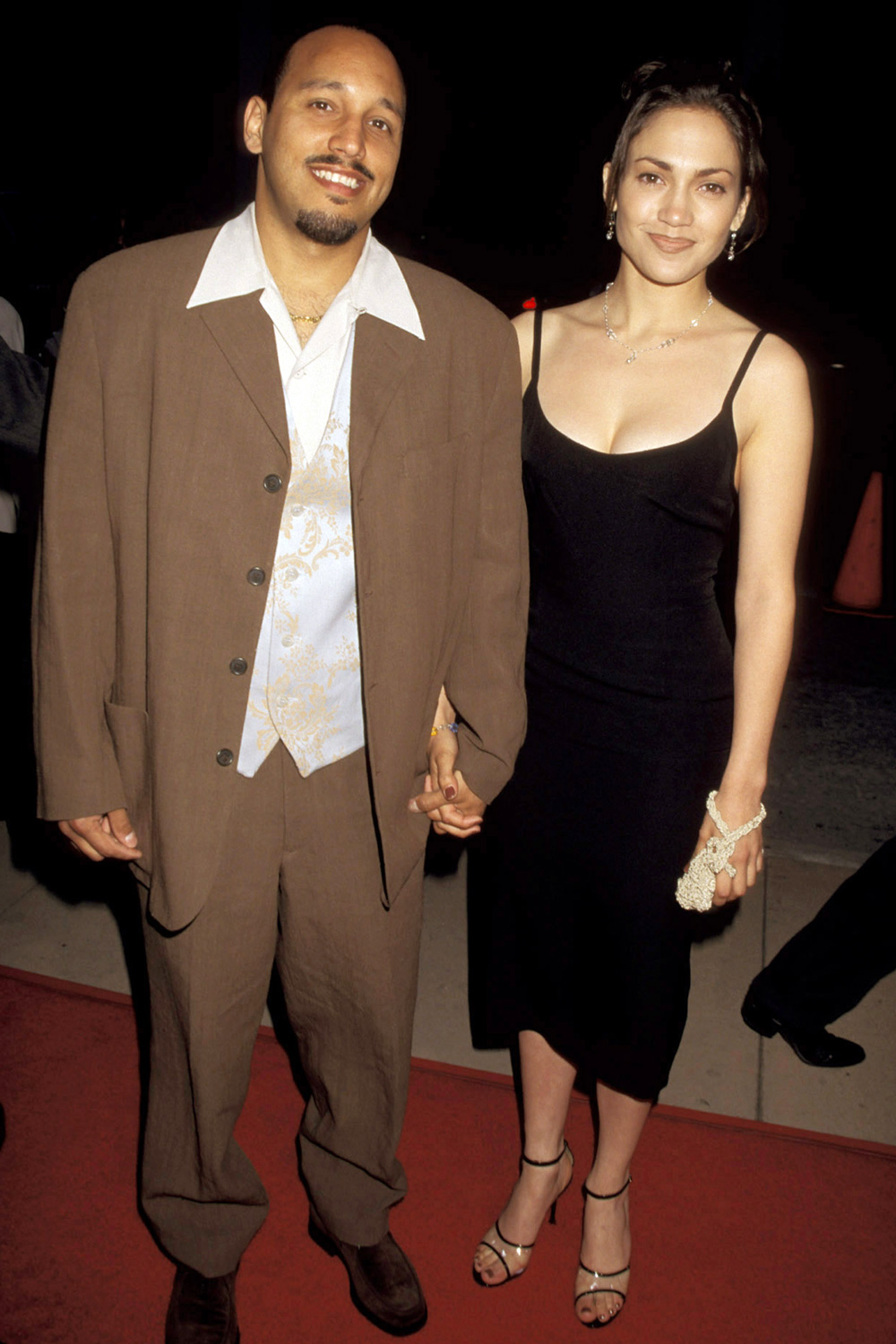 Although Jennifer met her high school sweetheart in her 15th year of high school, she slowly lost interest in her first boyfriend as she rose to fame and was in the spotlight. However, even today, Jenny has no single negative word about her ex, making a claim he was a good friend and knew her better than anyone else. I deeply regretfully have to inform you that as of March 2020, David Cruz has passed away

Jennifer Lopez and Chris Paciello – Dated in the Year 1994 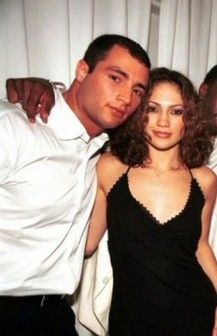 In the aftermath of the demise of their relationship of 10 years, Lopez was reportedly found holding hands with convicted criminal Christopher Paciello shortly after she ended her relationship. A very short fling occurred between Paciello and Lopez, which was assumed to have fortunately fizzled out just before Paciello was found guilty of murder. 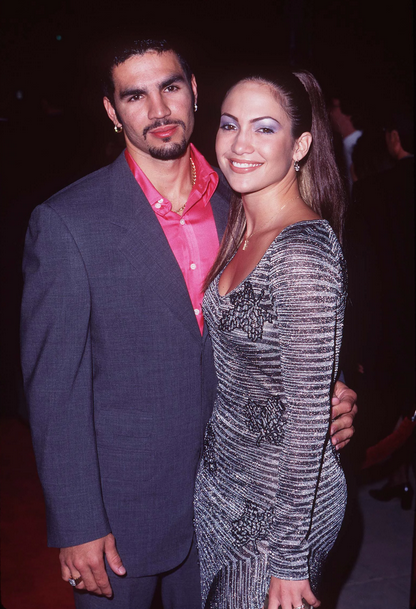 Jennifer Lopez decided to step away from her high-profile relationship and She fell in love with a Cuban waiter named Ojani Noa. Unfortunately, their union lasted only 11 months as they decided it was time to part ways. In spite of the fact that she filed a few lawsuits against her first husband, she never mentions him when he attempted to release an autobiography on their relationship and a video of their honeymoon. When it comes to this superstar, there is just no messing around. 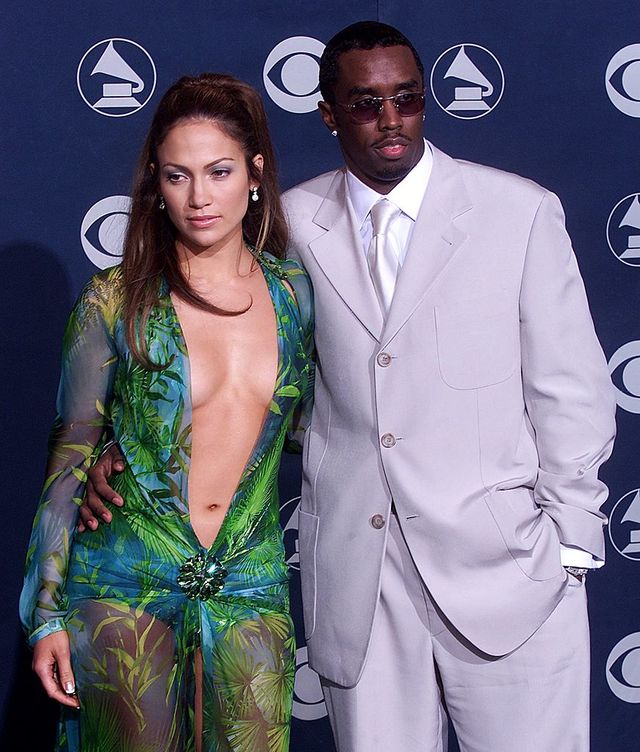 There was no doubt that Jennifer Lopez had set her sights on Sean Combs (aka P Diddy), a rapper, and the duo became famous and became one of the most potent power couples of the century, especially after J.Lo wore that breathtaking Versace gown, and they both made their unforgettable Grammy appearances. Although Jennifer and Diddy looked to be “couple goals”, they ended up parting ways in 2000, with rumours pointing out that it was Diddy’s infidelity that caused the breakup, despite their “couple goals” appearance. 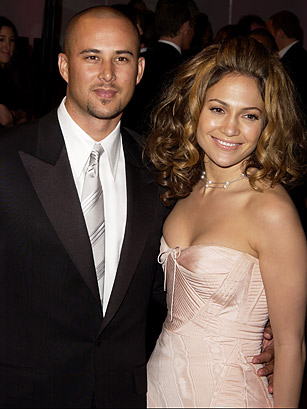 After meeting Cris Judd on the Love Don’t Cost a Thing set, J.Lo fell immediately in love with Cris Judd. She married him, and it was her second marriage to him. As soon as she saw him, J.Lo fell deeply in love with him. Unfortunately, they were only together for less than two years after their whirlwind romance, which inevitably led to a quick divorce. Although compared to Jenny, Cris was less famous. He had difficulty keeping his relationship private due to the strain it put on him. 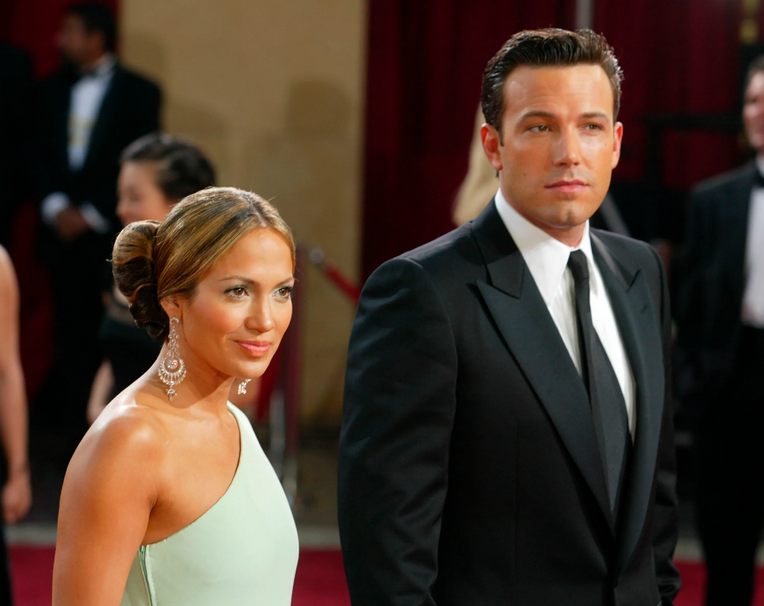 It wasn’t long after Jenny made up her mind to go for a more famous relationship when she crossed her ways with Ben Affleck on the set of Gigli. With their professional career on the rise, the couple became engaged and were ready to tie the knot in 2003. Still, due to concerns about constant media attention, Ben cancelled the wedding just days before it was scheduled to take place. It is believed that in 2004, the pair called it quits for good after staying together for a short time. 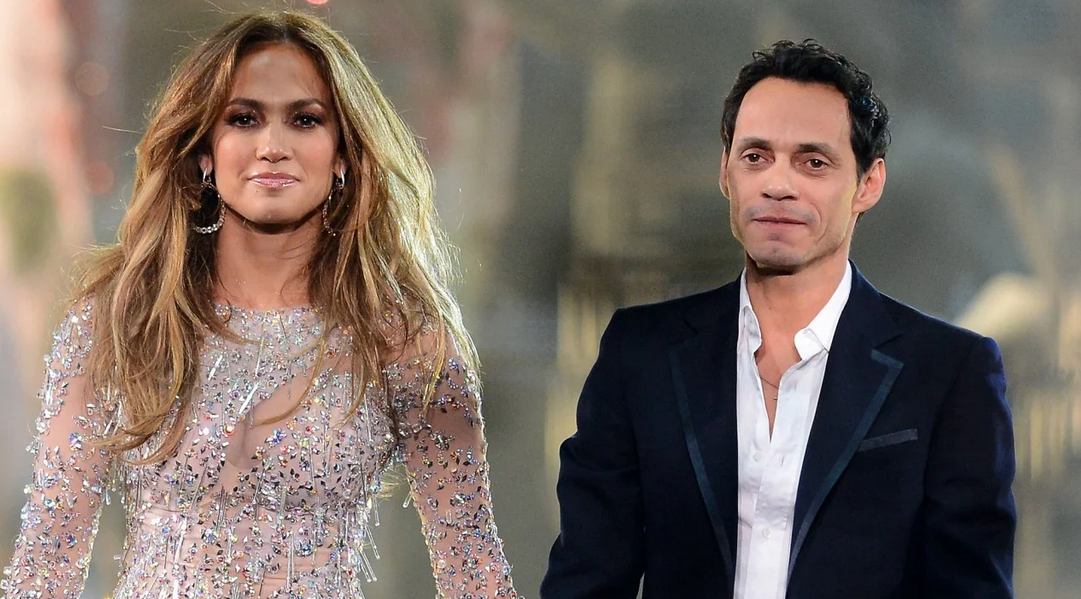 Jennifer began dating Marc Anthony, a singer, shortly after she split from her then fiancé, Ben. They were married in 2004 and welcomed twins Max and Emme in 2008 after just a few months of dating. It wasn’t until 2011 when J.Lo realized something had changed in her heart and that the marriage was not for her, that she had a change of heart and felt crushed. Even though they parted ways that year, the famous couple had a friend-like relationship as well as a boundless co-parenting relationship with their twins despite their separation.

Jennifer Lopez and Bradley Cooper – Dated in the year 2011 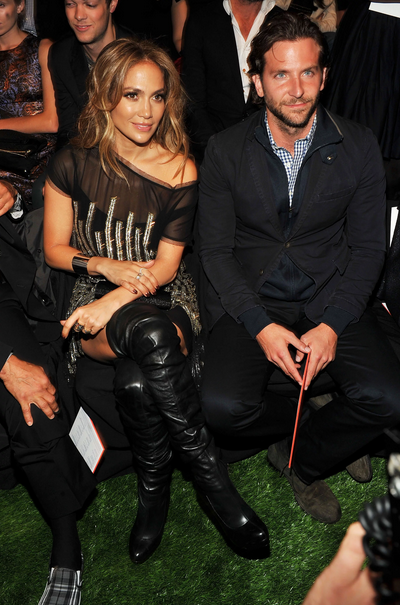 It has been reported that J.Lo has entered into a romantic relationship with actor Bradley Cooper after breaking her seven years of marriage. During the 2011 Oscars, the couple was also spotted enjoying dinner together in New York and snuggling up together. As much as JLo denied that there had been a romance between the two, it appears that this relationship between the two stars worked like a rebound relationship since, at the time, Bradley and Renee Zellweger had split up.

Jennifer Lopez and Rodrigo Santoro – Dated in the Year 2011 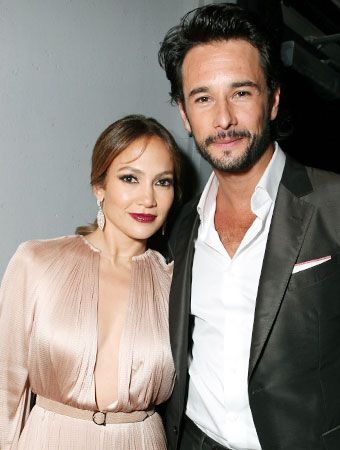 After some time that year, J.Lo was also rumoured to be dating Rodrigo Santoro, her co-star on What to Expect When You’re Expecting. It is reported that the pair spent much time in each other’s trailers and appeared to be in a very close relationship on and off set. In the following days, however, neither of them was seen together, and it seemed that they had parted ways after the filming was done. 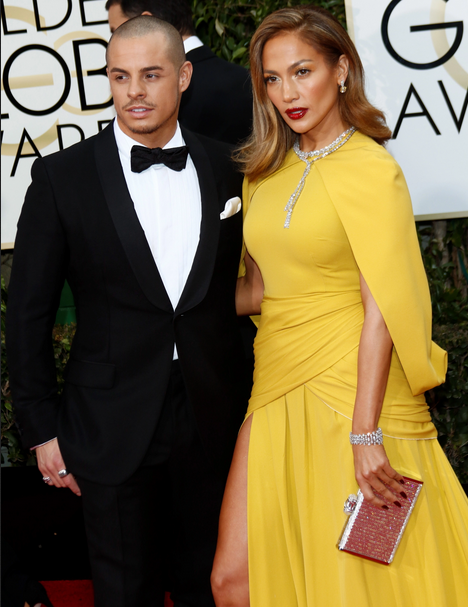 Because being single for a long time was not for her, she moved on to the backup dancer, Casper Smart, who was much younger than her. It didn’t matter that eyebrows were raised, J.Lo and her younger beau went on board an on-and-off relationship for several years until her boyfriend cheated on her. That was the final straw that ended their relationship for good in 2016.

Jennifer Lopez and Drake – Dated in the Year 2016

J.Lo created a frenzy on the Internet when there was a picture she posted of herself and Drake cuddling up to one another on Instagram. After that, rumours began to circulate that the duo were in a hot fling, but neither party was willing to confirm or deny the reports. In his poem, Diplomatic Immunity, Drake confirms his rumoured relationship with Jennifer when he says he “lost a J.Lo” in the song. 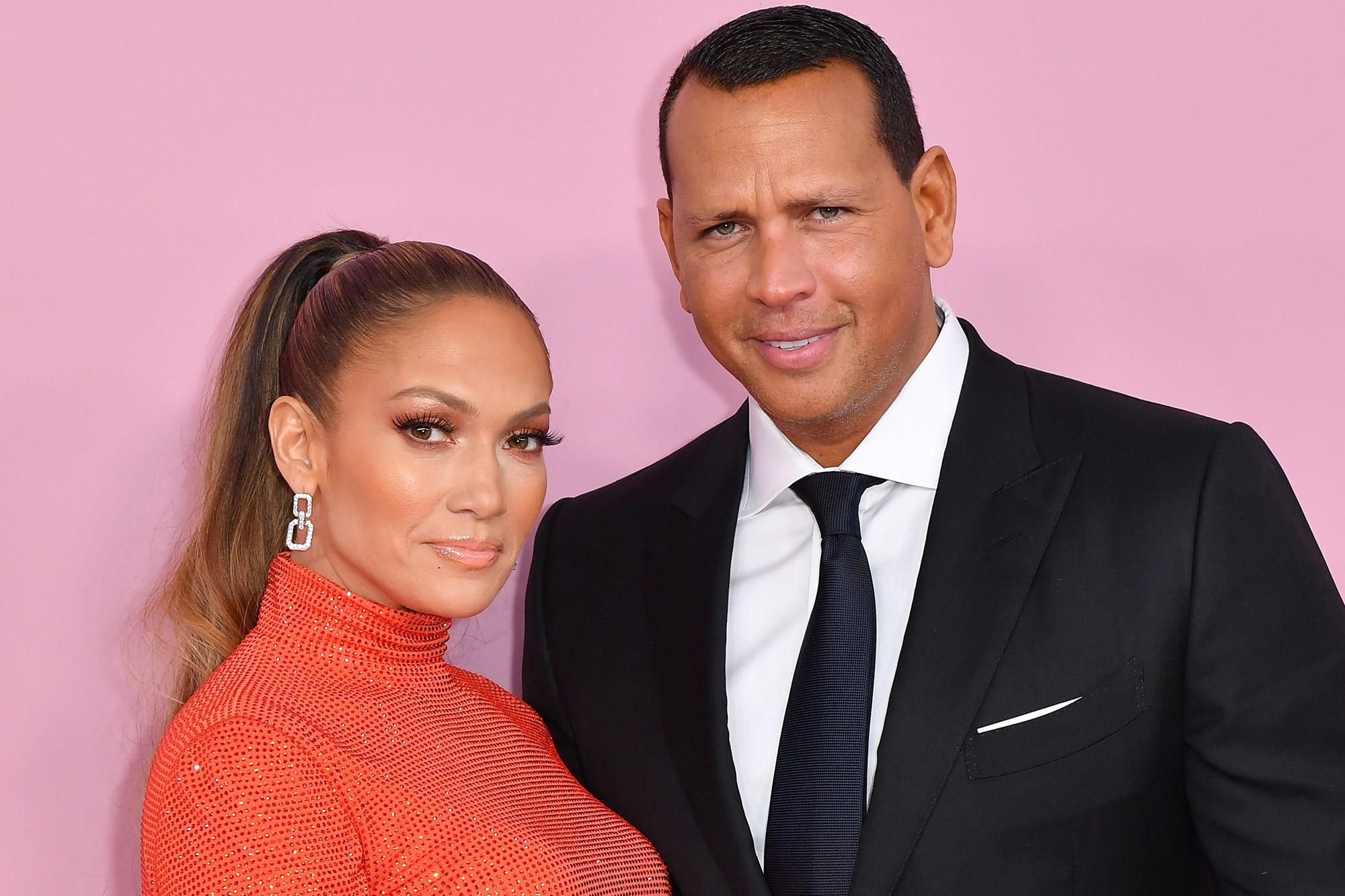 During a meeting in Beverly Hills, J.Lo and Alex met in 2017 and decided to shake hello to him. A few hours later, to schedule a date with J.Lo, Alex contacted her, marking the beginning of J.Lo and Alex’s relationship that lasted for 4 years.

A 16-carat diamond ring adorned with a 16-carat diamond was Alex’s proposal as he got down on one knee in March 2019, when they were on their vacation to the Bahamas. As a result, the couple began teeming with adorable photos, beautiful videos, and updates about how obsessed they were with each other on social media.

By the time 2021 rolled around, though, their love story had run into trouble. As a result of rumours swirling around the baseball world that A-Rod had cheated on Lopez with Madison LeCroy, it has been reported that the couple had cancelled their engagement. 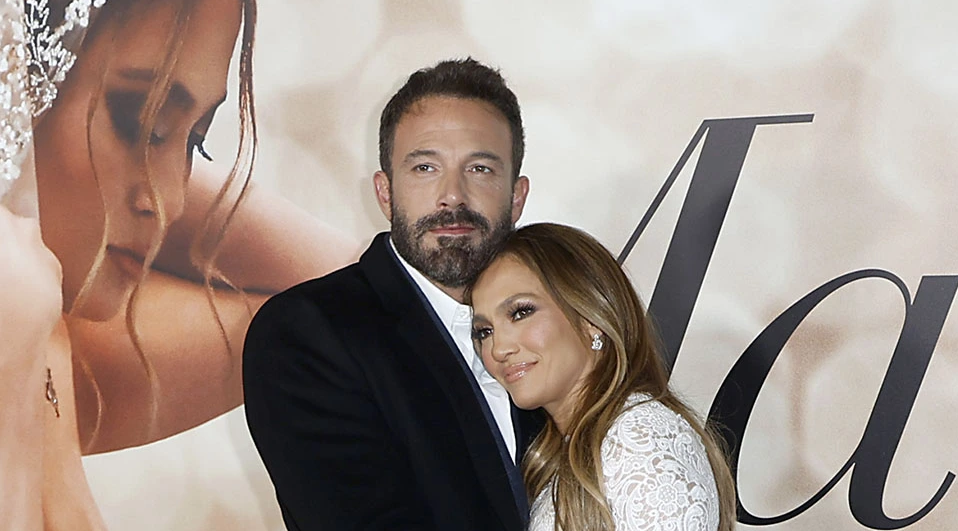 Rumours were circulating after Jennifer parted ways from Alex that she and Ben Affleck, her ex-fiance, were seen together shortly after their breakup. After 17 years of their separation, J.Lo and Ben were snapped, enjoying a dreamy getaway in Montana, 17 years after they separated from each other. In June of 2021, after a few months that the couple started talking to each other, Kisses and holding hands were seen between them for the first time. By posting a photo of them smooching in July, J.Lo officially made their relationship official on Instagram.

Later that year, Ben and Jenny made a couple of red carpet appearances to announce that they were engaged again! A few days after being pictured earlier in the week wearing a ring that seemed to be an engagement ring, the superstar revealed the exciting news in her On the JLo newsletter.

Jennifer and Ben got married in July 2022. It was reported that the gorgeous couple got married in Vegas on the 16th of July, and they shared plenty of photos of the happy occasion on her website using the caption: “We did it”. Love is beautiful. Love is kind. And it turns out Love is patient. Twenty years patient.”

There is a real possibility that Jennifer Lopez has met her prince charming after many engagements and four marriages in the form of an ex-love, Ben Affleck, who may be the answer to her fairytale love story. Nothing is more exciting than seeing them both together again, and we are so excited!

Comment below and let us know what you think of Jennifer Lopez’s dating history and who you think is her one true love.