It was a day to remember for Janet Jackson as she walked the red carpet at the 15th Annual Harlem Fashion Row Fashion Show and Style Awards in New York City on Tuesday, September 6. As part of the event, the 56-year-old singer was given the Icon of the Year award for contributing to the music industry.

Brandice Daniel founded Harlem’s Fashion Row in 2007 to provide a platform for African American and Latino designers who are underrepresented in fashion to showcase their talent. 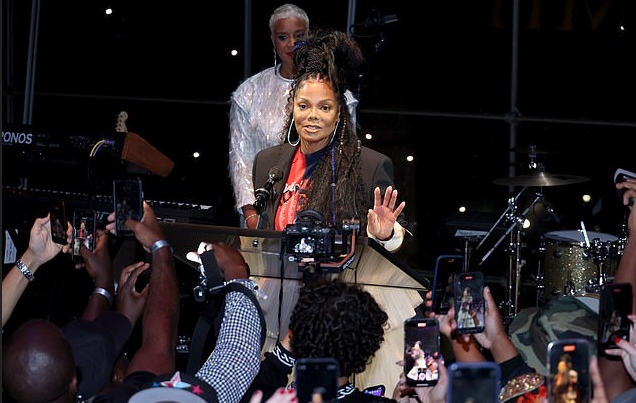 The Theme Of This Year’s Conference Was”Future’s Past”

In a press release for the event, it was stated that the show’s theme would be “Future’s Past” and that the exhibition would showcase the industry’s future. It would be an exhibition showcasing numerous accomplishments, hardships, and advancements in fashion, which inspired HFR to create this show to explore innovative collaborations and highlight black-owned brands.

She added, “African Americans have a rich history in fashion, although many of their historical contributions have been buried or unrecognized. However, HFR would not exist without the work of black designers like Lois Alexander Lane, who founded the Harlem Institute of Fashion and the Black Fashion Museum.”

During The Event, Janet Wore A Head-Turning Look

There was no doubt that Janet Jackson was wearing an eye-catching outfit as she attended Tuesday’s after-party at Harlem’s Fashion Row for the runway’s 15th-anniversary celebration. For the event, which took place in New York City, she wore a tiered tan tulle skirt along with a black blazer and a red and navy T-shirt. 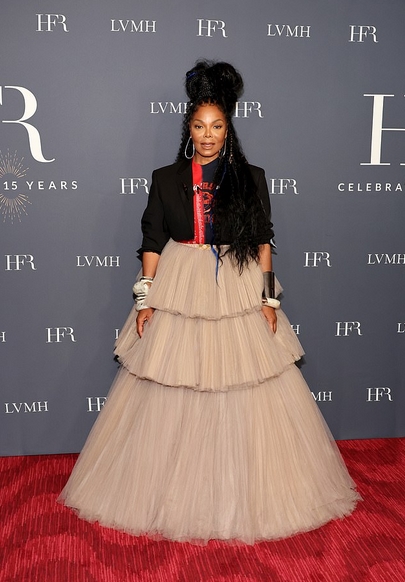 Various intriguing pieces of jewellery complemented Janet’s look, including a pair of chunky white bangles and oversized silver teardrop earrings, which added a touch of intrigue to her look. In addition, she wore her black hair in a half updo styled in a voluminous way that cascaded down her back in a voluminous half braid.

Adding just a touch of make-up, the singer enhanced her natural beauty while sporting big lashes and nude lipstick to complete the look.

Here’s Everything You Need To Know About Janet Jackson

The singer, songwriter, actor, and dancer Janet Jackson was born in Los Angeles, California. Internationally renowned for her musically innovative, socially conscious, and sexually provocative records, she has created a stir in the music industry.

Since 1973, Jackson has enjoyed an illustrious career that has won him countless awards. As a result of her remarkable music career, popular music has been redefined and influenced. Combining funk, disco, rap, and industrial beats led to her crossover success in popular music. 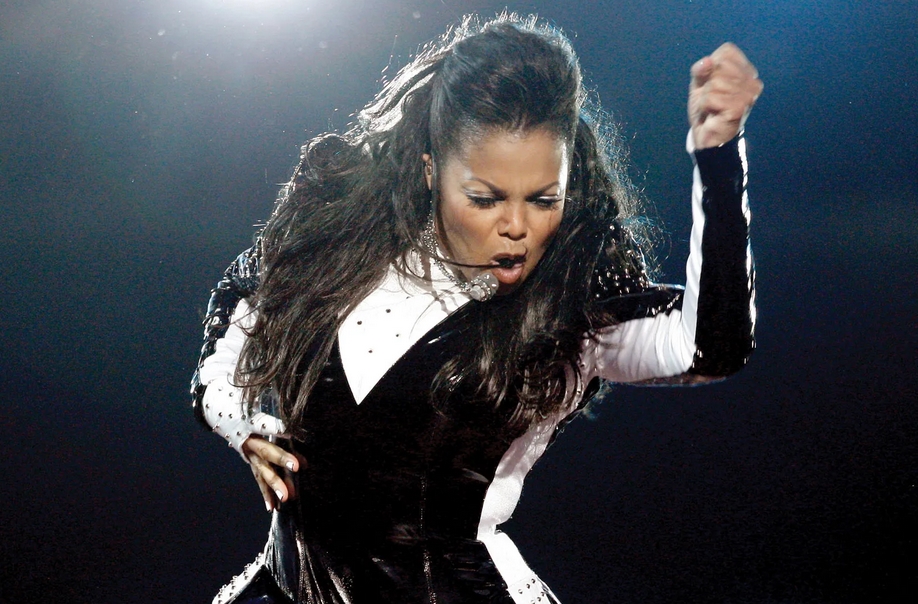 Across the country, music lovers and enthusiasts regarded her as a role model. Jackson has made a name for herself in films and her artistic endeavours in music. She is one of our most successful musicians and entertainers because of her massive international success. Millions of people worldwide have been inspired by her impact and influence.

As she received the award, Janet was pleased with her look and was thrilled with the recognition. What is your favourite Janet song? We’d like to hear about your favourite tracks from her albums if you have any.