Jackie Chan has confirmed that “Rush Hour 4” is in the works. While speaking at the Red Sea International Film Festival in Jeddah, Saudi Arabia, the legendary martial arts star revealed that the long-awaited sequel is in development. Besides this, he also spoke about his humble beginnings and storied career. Jackie Chan and Chris Tucker took action comedy to the next level when Rush Hour dropped in 1998. Thereafter, two sequels were made and both of them became a hit. Now, the legendary martial arts star has confirmed that the much-awaited sequel is in development.

Speaking at an in-conversation event at the Red Sea International Film Festival in Jeddah, Jackie Chan said: “We’re talking about part four right now! But the script isn’t right.” I will see the director tonight and we will be talking about it.” Chan did not confirm the name of the director. 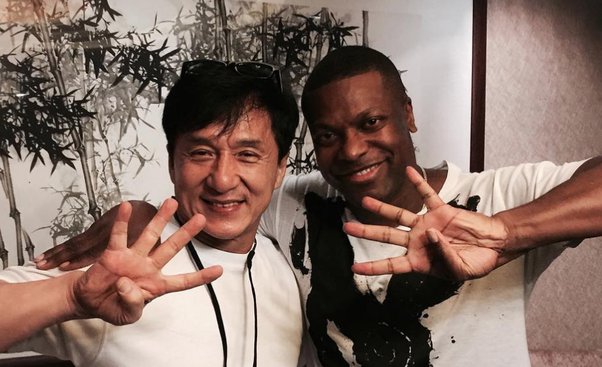 As for the co-star, Chan hinted that Mike Tyson would be appearing with him in the upcoming sequel. Chan fans need no introduction to the history of this iconic action comedy. The fourth part, however, has been rumoured for years but was never confirmed. Chan previously posed with Chris Tucker in 2019 holding up four fingers, and fans wondered if they’d get to see the duo again.

This is the first concrete announcement but it appears that Chris won’t be making it to the fourth part. As for the director, the first three films in the Warner Bros franchise (1998, 2001 and 2007) were directed by Brett Ratner, but he hasn’t directed a single film following sexual assault allegations in the #MeToo movement in 2017.

From Humble Beginnings To Becoming A Star During his in-conversation with fans in Jeddah, Saudi Arabia, Jackie Chan was posed several questions in the 40-minute conversation. Chan spoke about his humble beginnings when he used to earn 80 cents a day as a jobbing stuntman. This was the time when he first met Bruce Lee. He shared that Bruce Lee hit him during a staged fight and he played up his injury to get sympathy.

As for this story, Chan revealed: As a stunt guy you can get hit every day. It doesn’t matter. I pretend I’m hurt then he comes to help me. ‘I’m sorry,’ he says. The whole day and the whole night, every time I turn around, I see Lee looking if I’m okay. I wanted him to hit me again. As a result, Chan got extra work in the industry.

Apart from this, Chan also told fans about his upcoming feature, Never Let The Rain Stop, which will be filmed in Saudi Arabia and Morocco. He didn’t reveal anything about the director but conveyed that he spoke to him two months ago and got permission from the Saudi Film Commission for the said project. As for his character, Chan hinted that he’d be playing a doctor who is “somehow helping somebody”.

Chan’s other big project includes a Chinese adaptation of the film “The General”. Even though he did not reveal the title, he did mention that he would be playing the role of a “wise man”. From talking about the confusion over his Oscar to singing for his fans, Chan mesmerised everyone with his candid conversation. Can’t wait to see him taking over our hearts through his upcoming projects. Can you?