Jack Harlow brought out the big guns for his sophomore album, Come Home The Kids Miss You. Let’s see if the hype is worth it or he is just another rapper with outrageous claims. 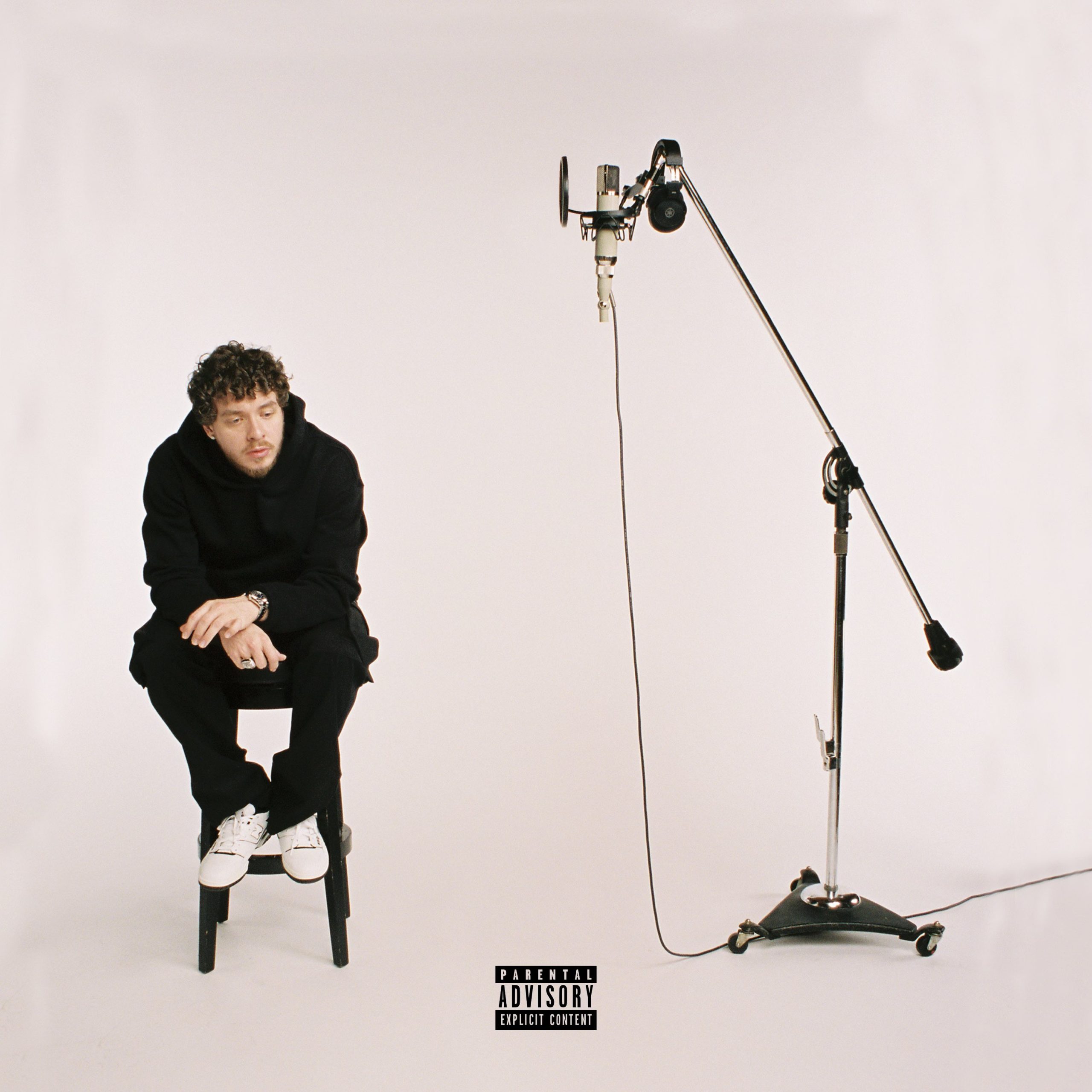 The second album from the biggest Kentucky rapper, Jack Harlow was released on May 6, 2022. With two teasers out, the album had considerable hype surrounding it.

The second single, First Class topped the charts and is considered his best solo single to date. And a few weeks ago, one of the tracks off the album, Churchill Downs featuring Drake sparked internet buzz. On the track, Drake reignites the feud between him and Pusha T right before, the former had released his new album.

Jack has talked about the album multiple times in interviews before the release. On one occasion he said that the album was a love letter to hip hop and everything that made him love the genre.

Being from Kentucky, this album has a lot of references to the state and the city he is from, Louisville. From Basketball rivalries to baseball coaches, all get a shoutout from the town’s hero.

Now let’s deep dive into each track for a better understanding of this album that Jack Harlow made the last year.

Talk of the Town

This is the intro to his album, Come Home The Kids Miss You. Being the shortest track on the whole album, it gives us a snippet of what’s to come. 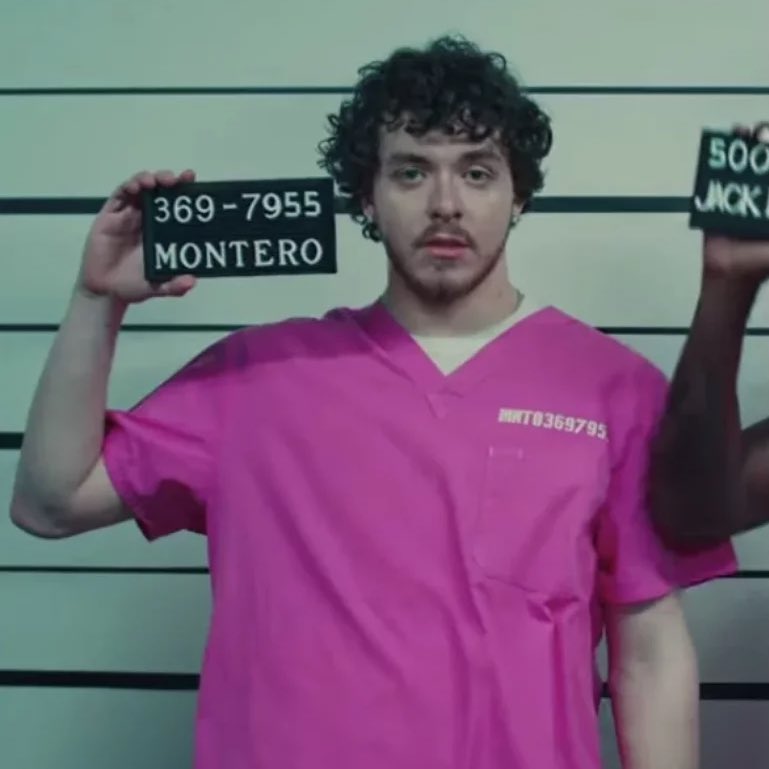 From boasting about his wealth and ‘Grammy Medal’ to calling out the haters who talk trash as he keeps getting better. This track is snappy and in a good mood, packed with the great opening lo-fi beats, starting the whole album on a good and easy beat, this is a perfect starter for such an album.

Boasting an interlude from Snoop Dogg himself, this track is the Snowchild or Get Up 10 track of Jack Harlow. Talking about his past life and how he has changed ever since. He mentions that he has been in the game since he was in the seventh grade, selling CDs.

But after 10 years he has finally made it. Talking about the years he is a humble rapper, admitting that it took him 8 years to earn his flows. He talks about his drinking problem in the past and also getting out of it, something he’s mentioned in interviews and other songs as well.

He also calls out Nicki Minaj, referencing her song Black Barbies, calling imitators his sons. One thing he points out is the media’s tendency to never be satisfied by the way he looks, dresses, raps or anything.

I’d Do Anything To Make You Smile

This song is a simple gesture to the girl he is currently with. Showering her money and materials but also with the time and care that she needs. It could also be read as a hookup song where he boasts about his skills in the bed.

He talks about the woman’s body and curves, appreciating them and taking his time admiring them. He mentions Shape of You by Ed Sheeran and also mentions tapping her, just to capture the whole moment.

Jack makes references to Kentucky, the first being Coach Cal or Coach Calipari who invited 5-star players to play for the state. And the second one, calling Rick Pinito, the coach who was accepted in both the big cities of Kentucky just like Jack.

The big hit that hyped everyone from your grandma to the girl next door, First Class is a chill bop. With Fergie in the back and Jack’s various innuendos to sex, this track keeps you up on your feet.

The production is classy, nothing too extravagant and high pressure like his previous singles from his last record, That’s What They All Say. And also like the music video that Jack released for this single on the day that the album.

The song that has taken the internet by storm, is Jack Harlow shooting his shot at his newest celebrity crush. With lines like, ‘I’m tryna do more with her than do a feature.’ This is his biggest flirt on the internet, writing a song about the person in question.

While Jack Harlow is known for being unafraid when it comes to letting celebrities know he’s got a crush on them. Like Doja Cat, after their Instagram live together or Saweetie at the 2021 BET Awards. Or more recently, Emma Chamberline at the 2022 Met Gala. But this song is by far the biggest one.

A song that talks about his relationship with different women in various contexts, samples Snoop Dogg’s Beautiful. Coming right after Dua Lipa, gives both tracks a connecting tissue. The previous one was about the main one and this is for the side piece, something he keeps talking about in the chorus.

The rapping style is weak on this track, repeating phrases and broken rhymes but the production is great. He references two rappers of the bygone era, MAVI and Bobby Shrumda, and the most famous, Soulja Boy.

This track marks the first collaboration between Jack and one of the best R&B artists and producers, Pharell Willaims. It explores the good and amazing lifestyle that movie stars are blessed with. In an era where celebrities can’t help but talk trash about their lives, this is a breath of fresh air.

But while the surface listening might allude to that message, the duo talk about the media’s influence as well. Jack comments dictating and taking an alpha stance in the bedroom by name dropping Kim Jong, the dictator of North Korea.

This track off of Jack’s new album, Come Home The Kids Miss You samples Goldlink’s Dance on Me. The song is about how fame will tear apart the connection that he and this girl have built up through genuine bonding. 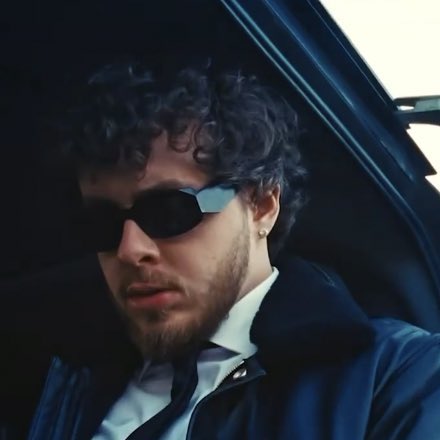 The themes of ills of being famous are projected onto this track, where Jack says that this girl and he are soulmates. And they are fighting tooth and nail to maintain this relationship despite what anyone says.

I Got A Shot

Another track where Jack doesn’t feel shy about asking someone out arrogantly. The beginning line, ‘I got a shot, it’s not a pistol’ speaks everything about this track. He talks about being spiritual and humble.

He also references Playboi Carti’s Fetti in this song. While at the beginning of the song he might be arrogant and cocky like always. Jack changes up his style and talks much more in-depth about himself.

Talking about various cultures and the calm and peace that he has acquired, he tries to offer something more than your average homie.

The song everyone was talking about when it first got leaked, this song features Drake. This is the first time Jack Harlow and Drake have come together for a track.

This song is a lot different from the other songs, in tone, style and content. While in other songs, he talks about money, fame, girls and Kentucky. This feels like a moment that Jack is having with himself.

While we all knew Drake was going to talk about his feud with Pusha T, Jack also chimes in with his feud with Lil Uzi Vert. Jack talks about his growth as a person and a rapper. Not to mention the effects of his growth in fame on his family members.

We see Jack spit out some of the best wordplays on the entire record. While Jack is spitting some real bars, Drake is holding his own, with great double entendres, his delivery is some of the best in recent times.

This song starts with a moody instrumental but is the best storytelling by Jack on the whole album. With him rapping a conversation between a woman and jack, it feels genuine.

The vibe of the track is chill and lo-fi. Probably making note of the connection between them not being poppy and explosive but slow and mellow. With Jack even mentioning babies and marriage, this feels like a boy meeting his favourite girl for the first time.

Jack references Tyga and Offest’s track, Taste, talking about how life is sweet when taken in small doses like this meeting. The song ends with a happy ending as the woman agrees she likes him too and wants him as well.

This is Justin Timberlake’s return to music after the disastrous album, Man of the Wood. Also, Justin found himself in a lot of minor controversies in 2021, but we are happy to see he is making amazing music. 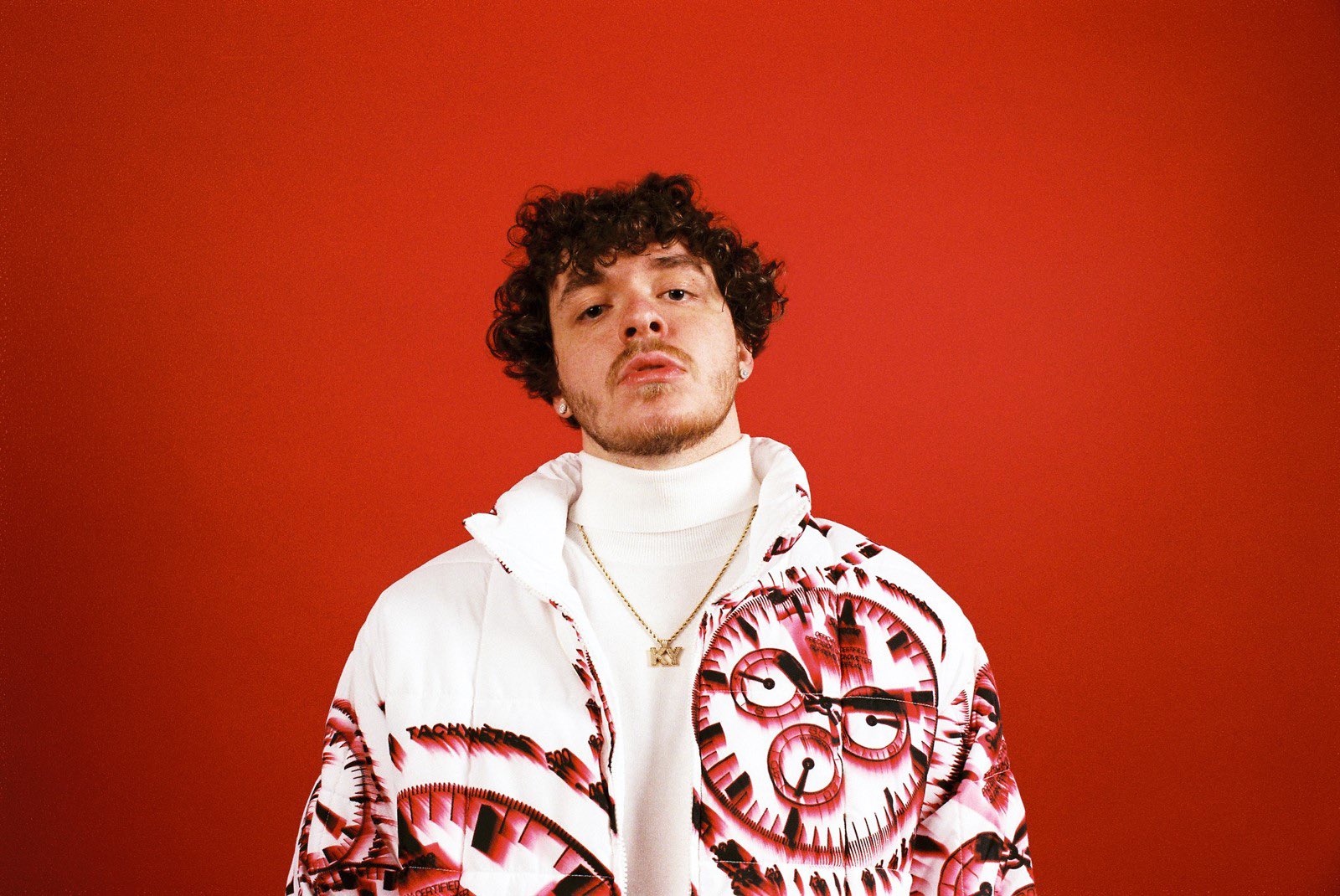 The song is about Jack aspiring to reach the level Justin is at, white picket fence, beautiful wife, playful children and peace. And they talk about the toxicity that the world brings to the life of a celebrity.

This id the third collaboration between Lil Wayne and Jake Harlow. Whats Poppin Remix and City Girls’ Pussy Talk Remix being the first and second.

They talk about a woman who is poison, but the good kind. Lil Wayne goes shard on the track, referencing basketball players, Scarlett Johannson and everything in between.

From the track’s lyrics and the context of the album it can be argued that the two are talking about fame. Fame is often personified as a woman, and a woman who is toxic but still desirable.

The first teaser for this album, Kanye West acknowledged this song, saying that Harlow is one of the best modern rappers. He later invited Jack to perform a verse on his 2022 album, Donda 2.

One thing that Harlow mentioned in the interview with Rolling Stones was that the beat and instrument for this track were very different than the usual rap song. But he wanted it to be that way, to make the track way more interesting than anything on the radio.

The closing track of the album, State Fair culminates everything that Jack was talking about in the whole album. In this track, he makes everything clear about hismlove for the state of Kentucky.

He expresses his love, calling out his school, teachers and more. He talks about his insecuritiies with being famous, and the position it places him in terms of media.

Being seen in public, having to stay in places where old people have made their homes, and the hate that comes from being everyone’s favourite. While on the second track he talk about what his success means to his homeotwn.

The sophomore album from Jack Harlow, Come Home The Kids Miss You is a culmination of his experiences with fame. While not being perfect it’s an album which encapsulates a lot of emotions beside being rich and famous. 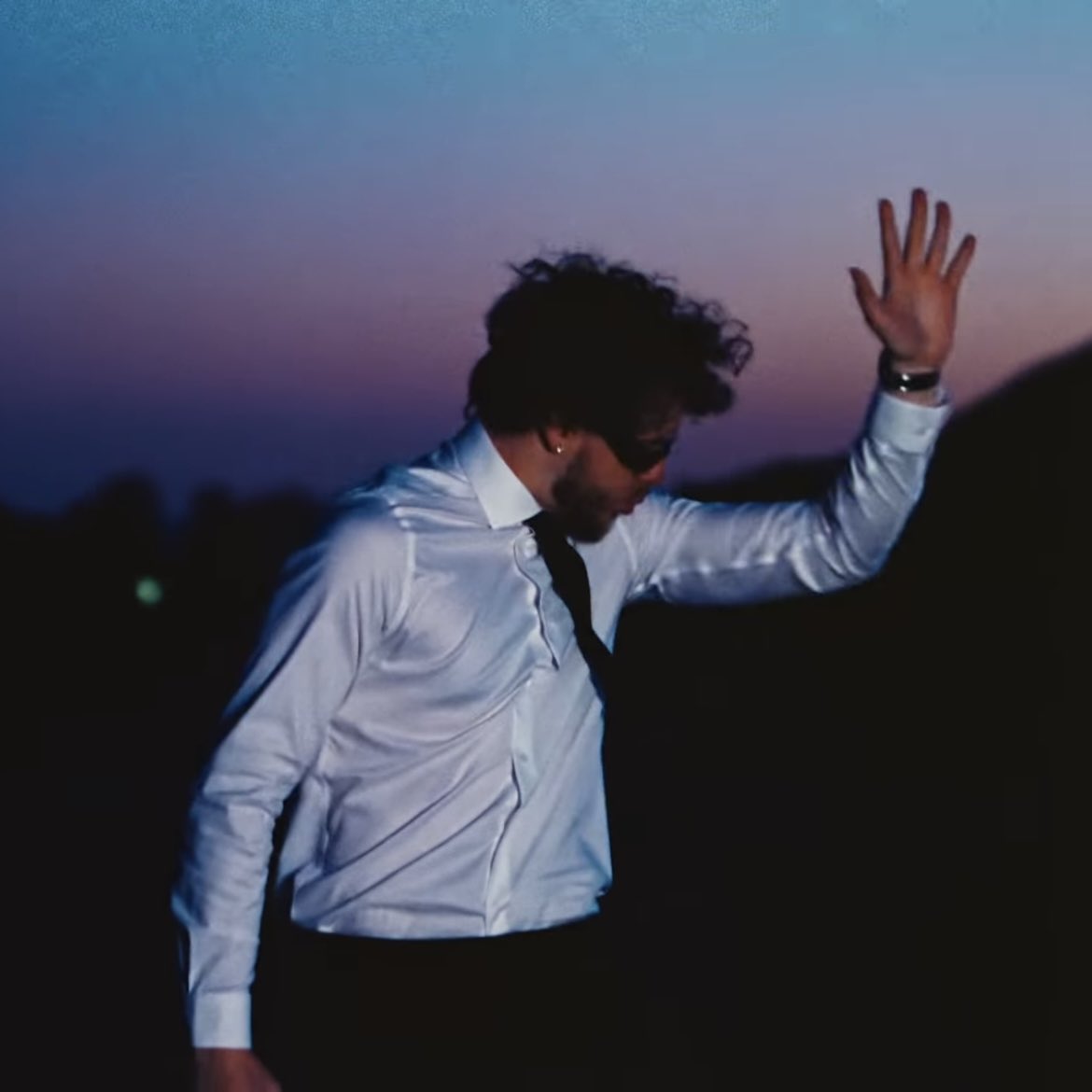 His love for Kentucky is shown front and centre and also his arrogant young self. The emotions on this album are genuine and deep. While this might not be a contender for Album of the Year, it successfully reaches the expectations set before.

Well, go on listen to the album and tell us about  your thoughts and opinions on the project or any favourite tracks of yours, down in the comments section.