The Last of Us just premiered on HBO and the fans can’t stop talking about Bella Ramsey’s performance in the show. Bella plays the character of Ellie, a 14-year-old girl who is immune to the fungus that has turned the world into a post-apocalyptic and is the only hope to revive human civilization.

For those of you who are unversed, let us share with you, The Last of Us revolves around a post-apocalyptic world twenty years after a strain of Cordyceps fungus infects people around the world and causes those who breathe infected spores to become animalistic or zombie-like. And, now the fans want to know what is going on in Bella’s personal life. Is the Hollywood actress seeing anyone at the moment? Continue reading further to find out the answer to the above question.

Is Bella Ramsey single or committed?

It looks like Bella Ramsey is single at the moment. However, there is a slight possibility that she might be seeing someone in private. As of right now, she has not publicly spoken about her love life.

Bella made her acting debut with the HBO fantasy drama television series Game of Thrones. She essayed the character of Lyanna Mormont in a total of 9 episodes of the show from seasons 6 through 8. Soon after, Ramsey appeared in the 2017 TV adaptation of The Worst Witch books. She played the lead role of Mildred Hubble, in the series. She even secured the Young Performer award at the 2019 British Academy Children’s Awards for her great performance in the show.

As per various media outlets, Bella bid adieu to the show The Worst Witch due to mental health issues. Since the year 2018, she has been voicing the titular character of Hilda, for the Netflix original series Hilda, for which she won the 2019 BAFTA award for best “Children’s Animation” along with Luke Pearson, Kurt Mueller, and Stephanie Simpson.

Last year, Ramsey starred in the drama series Becoming Elizabeth as Jane Grey. In addition to this, she also appeared in the 2022 historical comedy film Catherine Called Birdy.

In her latest interview with The New York Times, the Hollywood actress spilled the beans on her sexuality and she went on to tell the media outlet that she’s gender fluid.

The Catherine Called Birdy star said, “I guess my gender has always been very fluid. Someone would call me ‘she’ or ‘her’ and I wouldn’t think about it, but I knew that if someone called me ‘he,’ it was a bit exciting.” 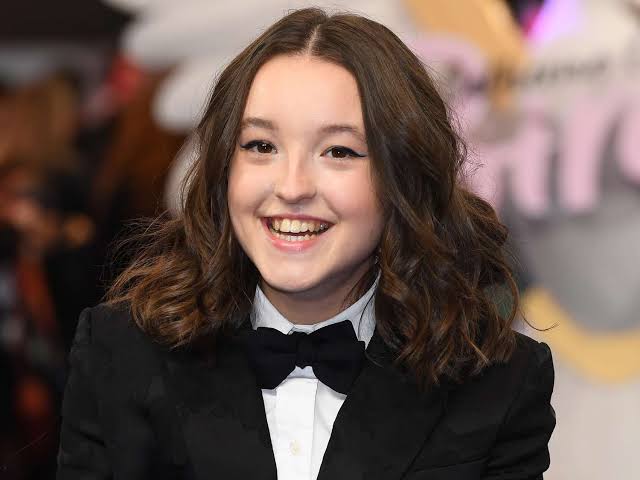 Bella further added, “I’m very much just a person. Being gendered isn’t something that I particularly like, but in terms of pronouns, I really couldn’t care less.”  Soon after, she thanked the media outlet on her Instagram page for “creat[ing] a safe space where I could be myself. I didn’t realise how grateful I was for that.”

Did you like Bella Ramsey’s performance in HBO’s show The Last of Us? Kindly let us know your thoughts on the series in the comments section below. Don’t forget to stay tuned with us for the latest updates from the world of showbiz.