The ‘Honey’ actress had to remind her kids of her role in the 2003 movie. Yea, the gorgeous Jessica Alba appeared on The Kelly Clarkson show and spoke about how she responded to her kids’ TikTok dance critique. Read on to learn more about this interesting conversation. 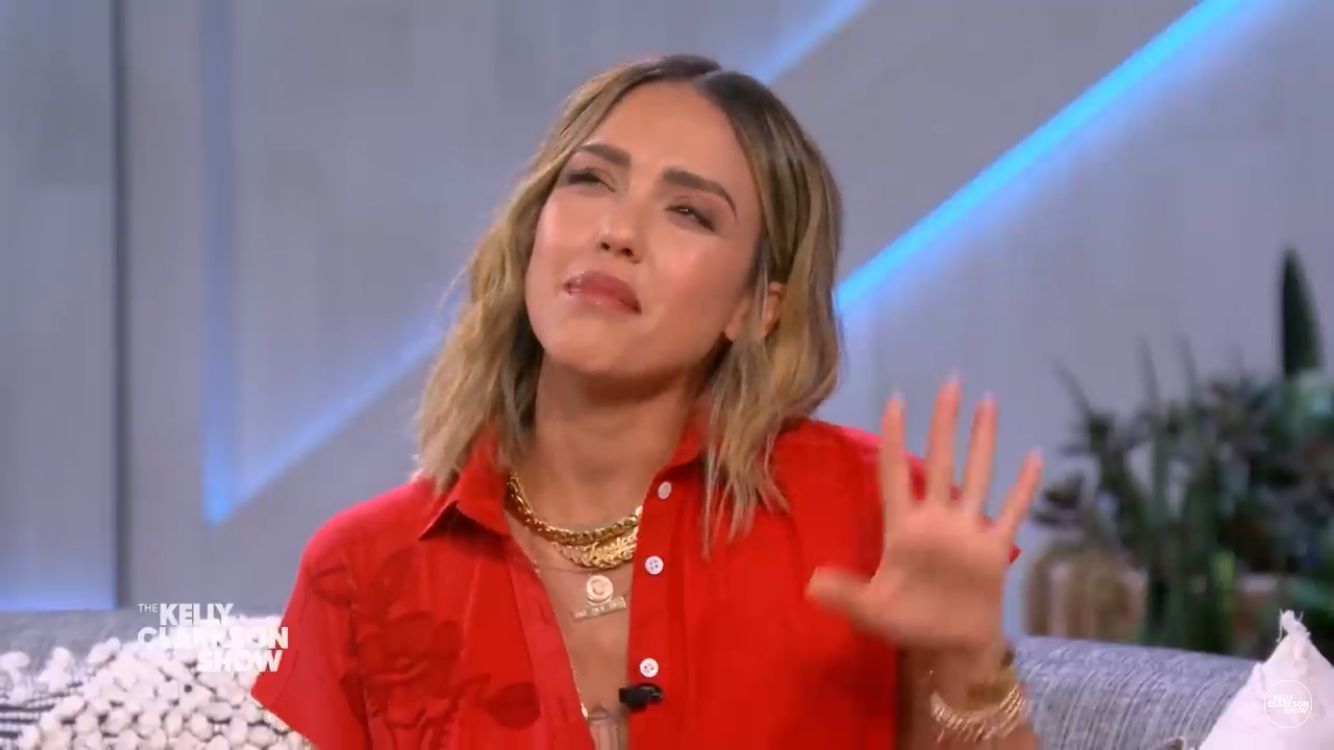 What Do The Kids Think?

Kelly Clarkson posed a question to Jessica Alba about what her kids think of her TikTok dance moves. The Fantastic Four actress responded by saying, “So here’s the thing, I’m like, basically they think I am the worst.” Yea, her kids think that she cannot dance and are pretty straightforward about it.

Jessica revealed that she responded by saying, “Can I just remind you that I’m Honey? I’m Honey.” If you remember, Honey is a 2003 dance film directed by Billie Woodruff. And if you’ve seen it, you’d know how great Jessica was when it comes to dancing. 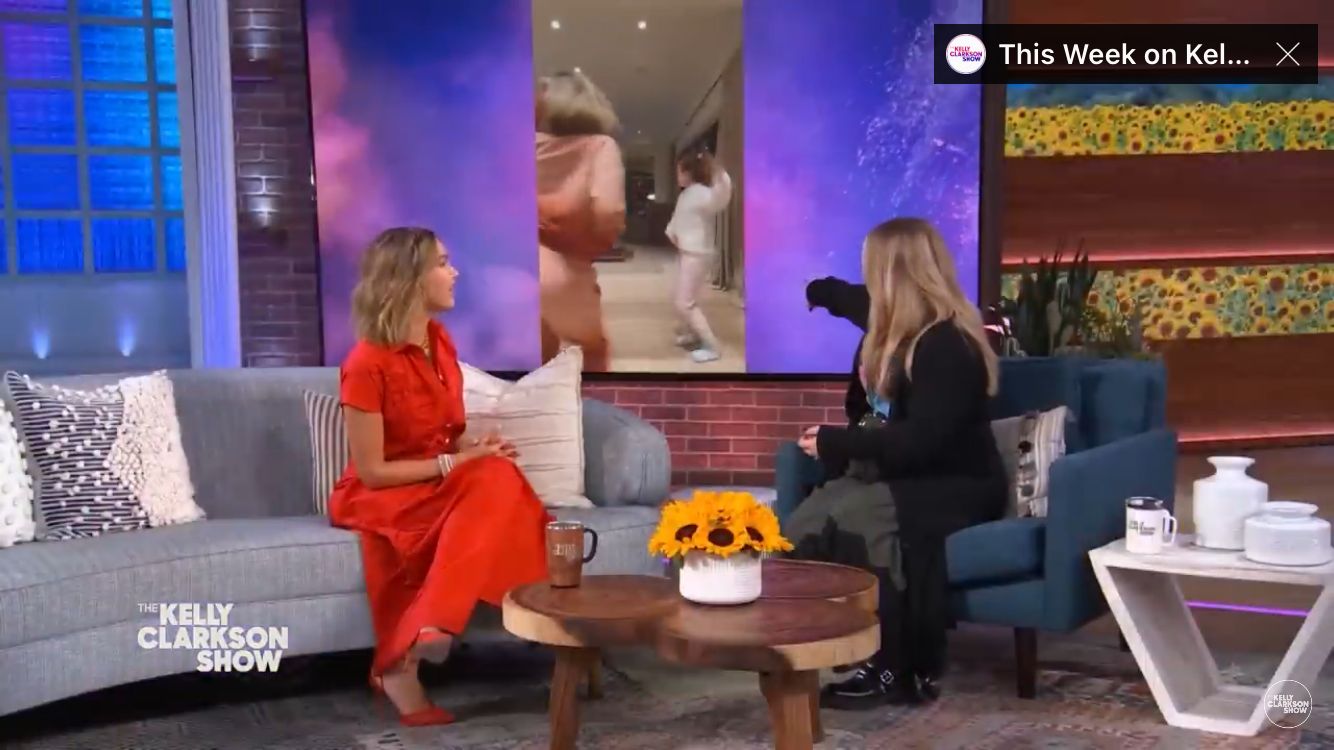 She continued, “I mean, and they’re just like “mom but when you are-it just feels like you’re trying really hard.” Meanwhile, Kelly Clarkson played the video wherein Jessica was dancing with her little daughter and well, the little one was surely ruling the moves. 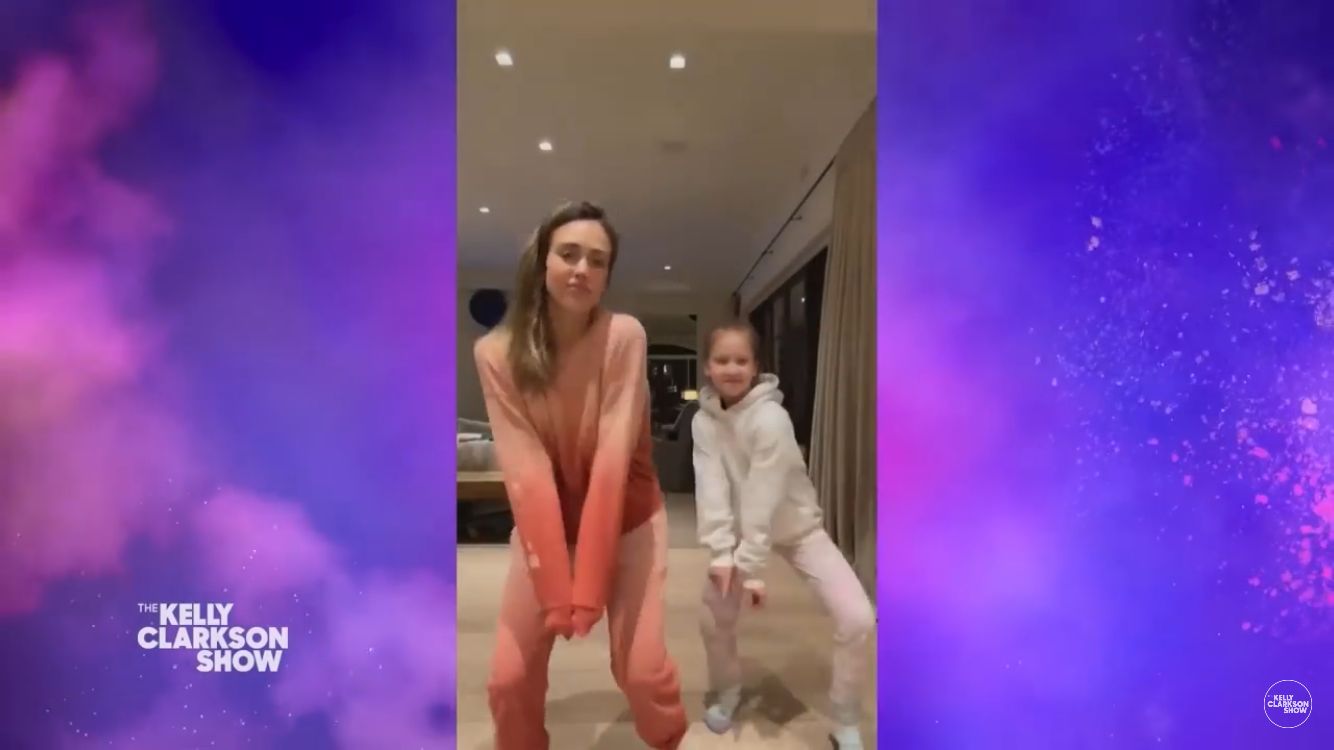 Kelly agreed with Jessica Alba when she said “just let me live” and added that it is so important and shared her own experience with her daughter. “The Kelly Clarkson Show” host stated that her daughter thinks that she is silly. She said, “…Like even the movie ended last night and the ending credits gone. I know we have a thing in our house and the ending song comes on.

She continued by stating that no matter if the ending song is sad or happy, they are supposed to have a dance party in the house. She said, “We don’t know why, we just get up and do it.” She stated that last night, they were just tired and she was flailing around.

She said, “I think it’s kinda awesome for your kids to see you kinda like that. Because I feel like especially this day and age, kids, I don’t know if they’re online, but it’s like they are so trapped into that mentality of like it’s not cool or like I can’t be myself or people won’t accept me.” Well, that’s a valid point and it’s important as parents, to be ourselves in from of our kids so they learn the same.

Kelly said, “I think it’s good you’re doing stuff like that.”  Jessica responded by saying that she thinks it’s good for children to allow her to be silly, giggle and be the person so they can have more compassion for everyone else. 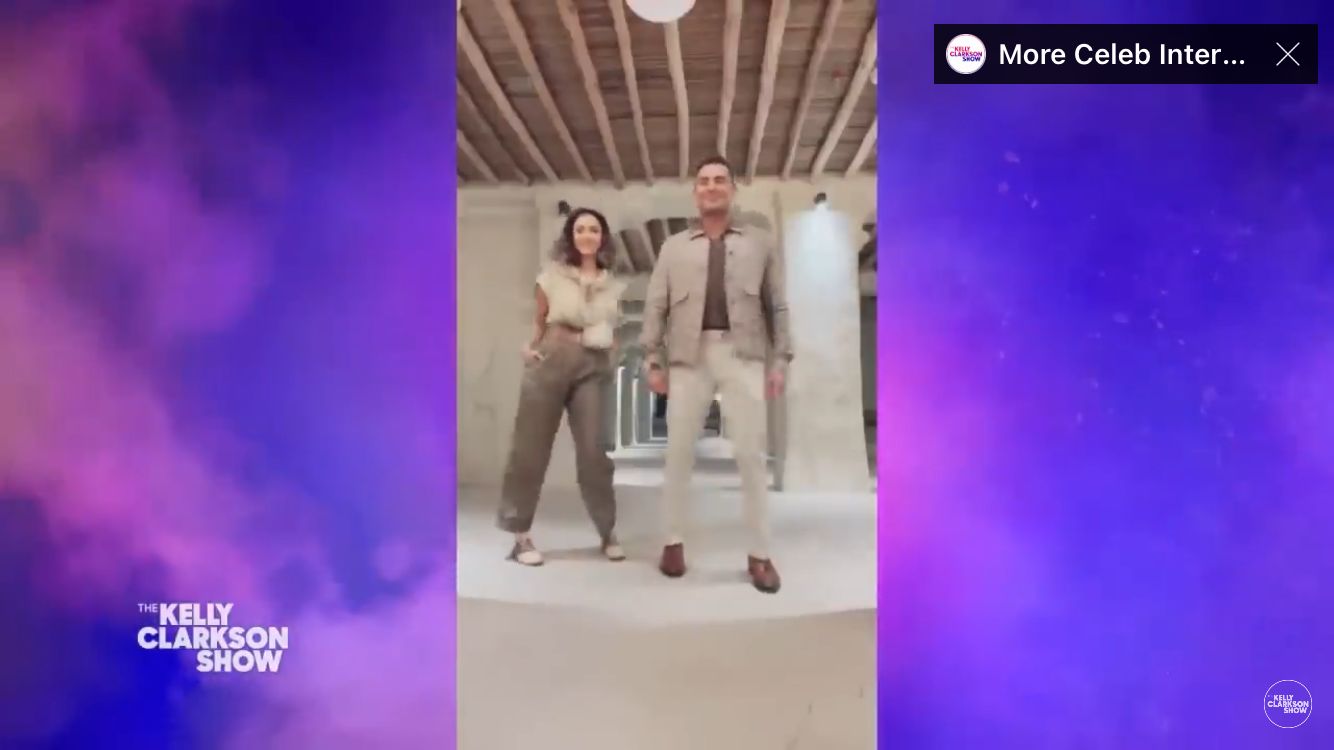 Kelly added, “I have to say that they should think it’s pretty cool because you got Zac Efron into one of your TikTok videos.” Kelly even played that video. Jessica said, “my kids were like, wait, what? Like is he coming over. How did you get him?” She revealed that her kids even called her a stalker.  She stated that her kids were confused about how it happened.

Jessica responded by saying that “I did a job with him in Dubai and by the way, he did a video with me.” Kelly complimented her self-love and said, “ya exactly, I was literally-my kids will be like you know this person, and I’ll be like, they know me too!” 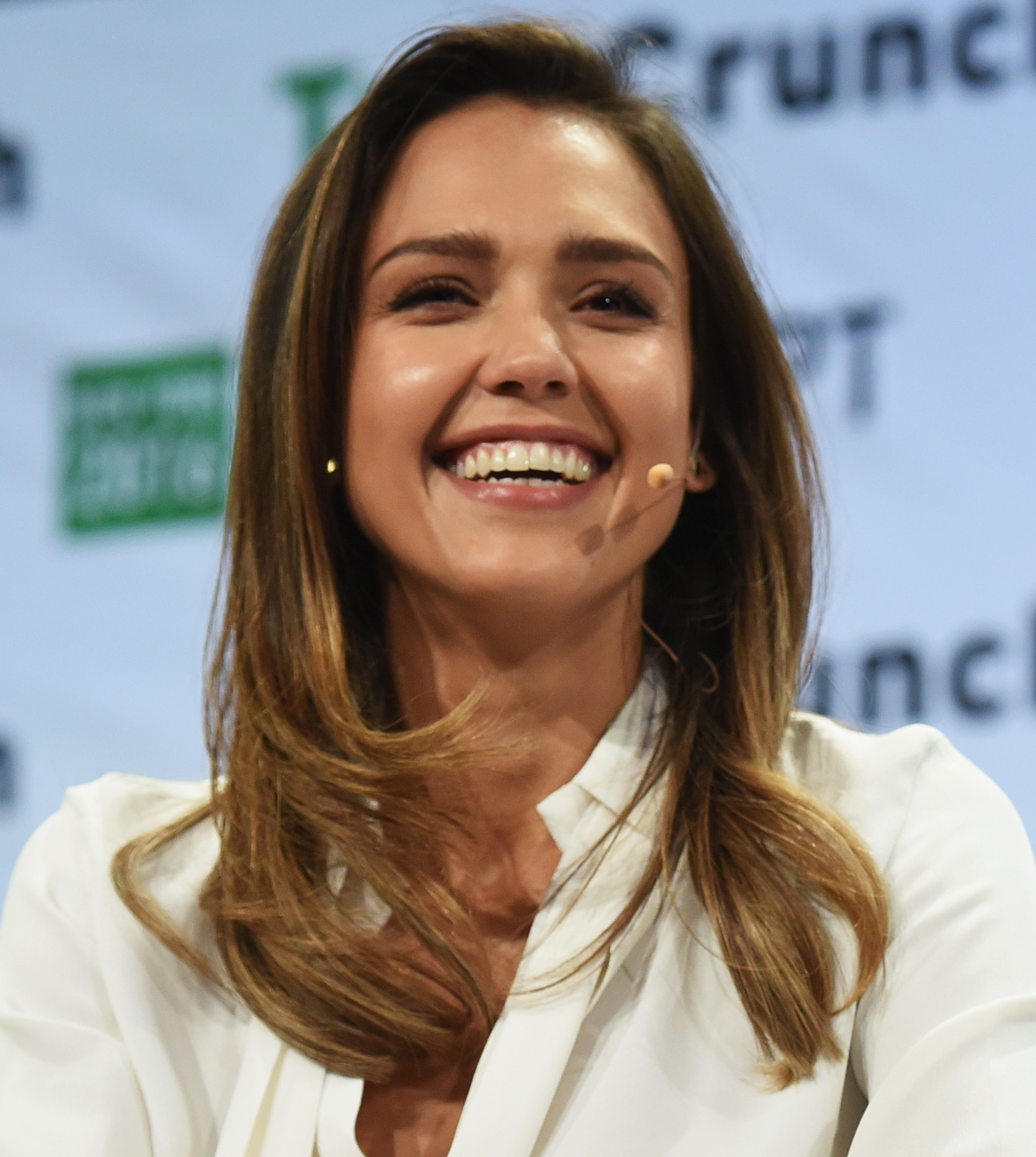 “We did this job in Dubai for tourism, and we basically got to do, like, six fake movie trailers,” Alba told on the show. “So when we were shooting one of them, I was like, ‘Have you ever done TikTok?’ and he was like, ‘No.’” She suggested doing a dance video, and that Efron picked up the moves “perfectly.”

Her kids weren’t impressed when she showed them the video, reacting with, “Why are you in the presence of someone who’s cool?” “Don’t you know who I am?” Alba jokes. “Have you seen, ‘Honey’?” She adds, “They think I’m a nerd,” and says her daughter told her, “Mom, it’s just so embarrassing whenever you try to prove to us that you’re cool.”
Jessica Alba shared the same story on The Kelly Clarkson Show and discussed how kids these days think that their parents are silly. Well, the two reached a conclusion that it’s important to be silly and be oneself in front of the children so they too feel compassionate towards everyone else. 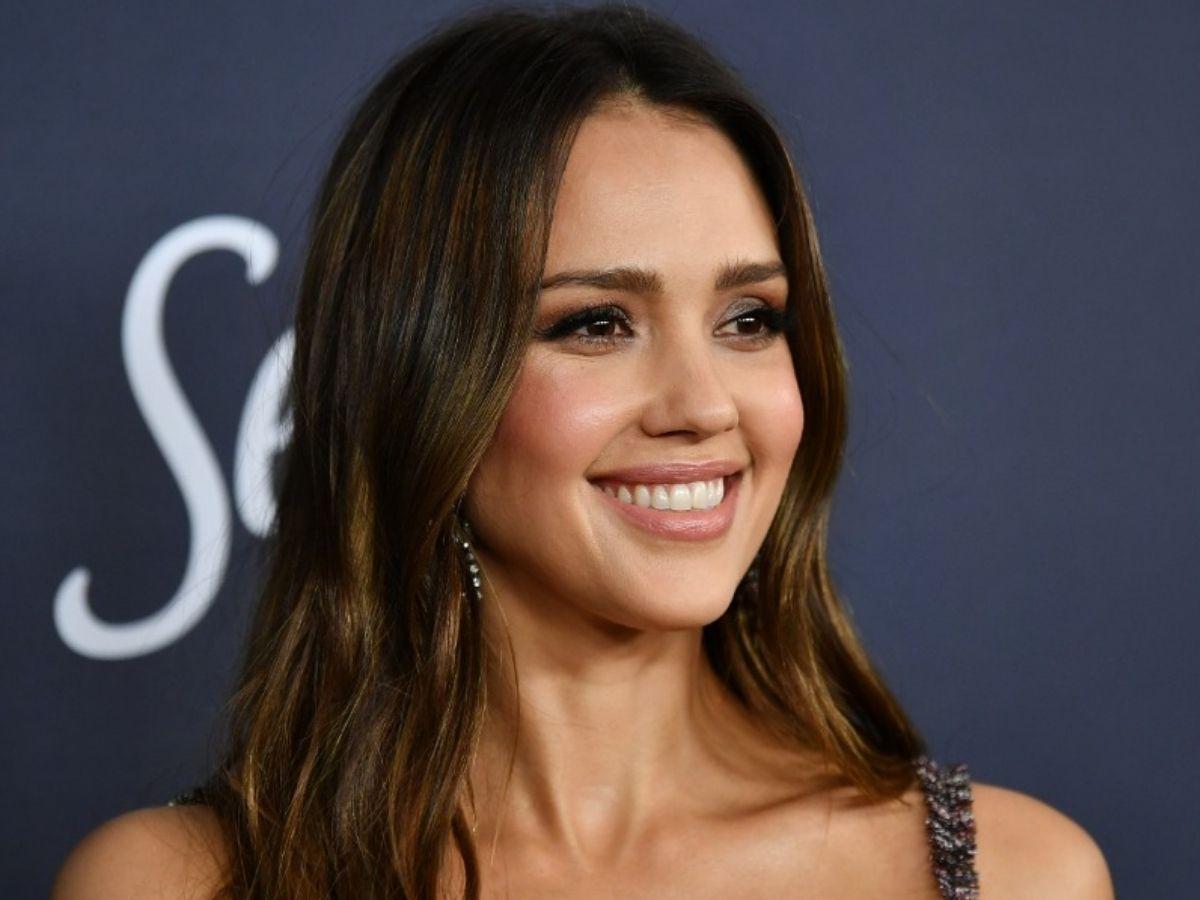 As for her acting career, Jessica is set to star in and executive produce a new documentary series for Disney+ called “Parenting Without Borders” (title subject to change), which will focus on families around the world and their beliefs and culture. As an entrepreneur, she is the owner of “Honest Beauty”, which she launched in 2015. As of April 2022, Alba owned 6.5 percent of the company.
She is currently employed as the company’s chief creative officer, receiving an annual base salary of $700,000  and restricted stock valued at $1,500,000. So yea, her kids surely have a lot to be proud of about their gorgeous mom. Isn’t it.
Share
Facebook
Twitter
Pinterest
WhatsApp