Time lies! It’s been ten decades since ‘The Hobbit: An Unexpected Journey’ was released, and the Hobbiton movie set is treating its fans right. The gorgeous Hobbiton property, nestled in the rolling hills in the Waikato on a 2500-acre working farm, bears a striking resemblance to The Shire in J. R. R Tolkien’s Lord of the Rings trilogy. Well, the owner has listed the property on Airbnb to honour the 10th anniversary of the movie. Just 6 Dollars Per Night, But For The Lucky Ones 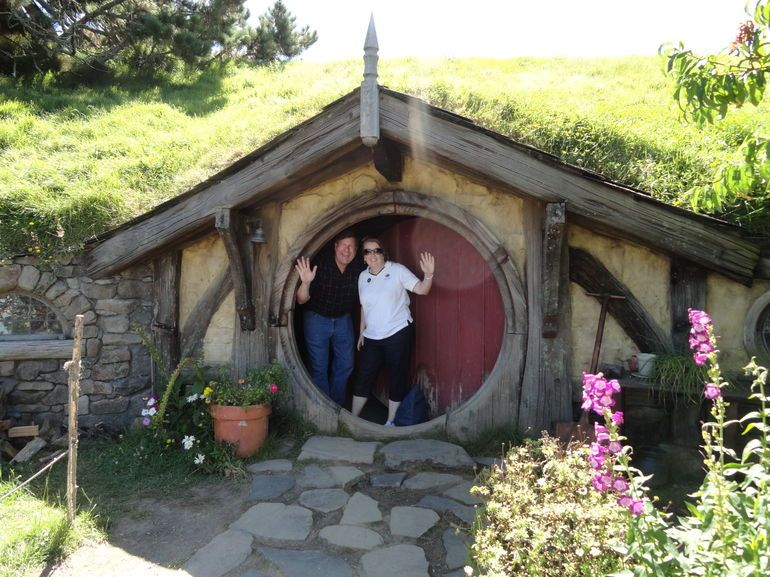 Wishing to experience life Galdalf’s way? For the first time ever, Lord of the Rings fans will get the chance to experience life in Middle Earth, with an overnight stay at the iconic Hobbiton film set. The Hobbiton property, nestled in the rolling hills of New Zealand, has been put up on Airbnb by its owner Russel Russell Alexander.

Russell is hosting “three individual two-night stays for up to four guests at just NZD 10 per night” to mark the 10th anniversary of The Hobbit: An Unexpected Journey. “For more than two decades, we’ve welcomed millions of passionate fans to the Hobbiton movie set, but never before has anyone had the opportunity to spend a night in Middle Earth,” Alexander said.

“I am delighted to share the beauty of my family’s farm and pleased to be hosting this iconic location on Airbnb for fans from around the world,” he continued. At Hobbiton, the lucky ones will have private access to a hobbit hold, an evening banquet in “The Green Dragon Inn”, as well as a second breakfast and elevenses served daily.

Apart from this, fans who make it to the property will also receive a behind-the-scenes private tour of Hobbiton. But hey, you’d need some luck to make it to the dream place. Airbnb announced that only three individual two-night bookings (for up to four guests will be accepted.

All About The Stay At Hobbiton… Please note this mystique property comes with its own set of rules. For instance, guests must also be at least 18 years of age and have verified Airbnb profiles with positive stay histories. Here are some of the strict house rules:

How To Make A Booking? ‘Lord Of The Rings’ fans can request to book one of three overnight stays on Tuesday (Dec. 13) at 9 PM GMT at airbnb.com/hobbiton. Maximum occupancy is four persons. As for the rooms, two bedrooms are configured, featuring a queen bed and two king-single beds.

As for transportation, Hobbits, wizards, elves and others must take care of their transportation to and from Aukland, New Zealand. However, a round-trip car will be provided for the two-hour journey between the airport and the property. For more details, visit the Airbnb website. Let me know if you get lucky!