How And Where To Watch Nightmare Alley?

Williamson Lindsay Gresham’s psychological thriller drama novel is getting another movie adaptation. Firstly, we got to see Nightmare Alley in 1947. Now, Guillermo del Toro has re-introduced us to the masterpiece in 2021. Releasing on December 17th, 2021 in theatres, fans are wondering where else we can view the movie. Worry not, we’re here to clear all your doubts regarding the movie. 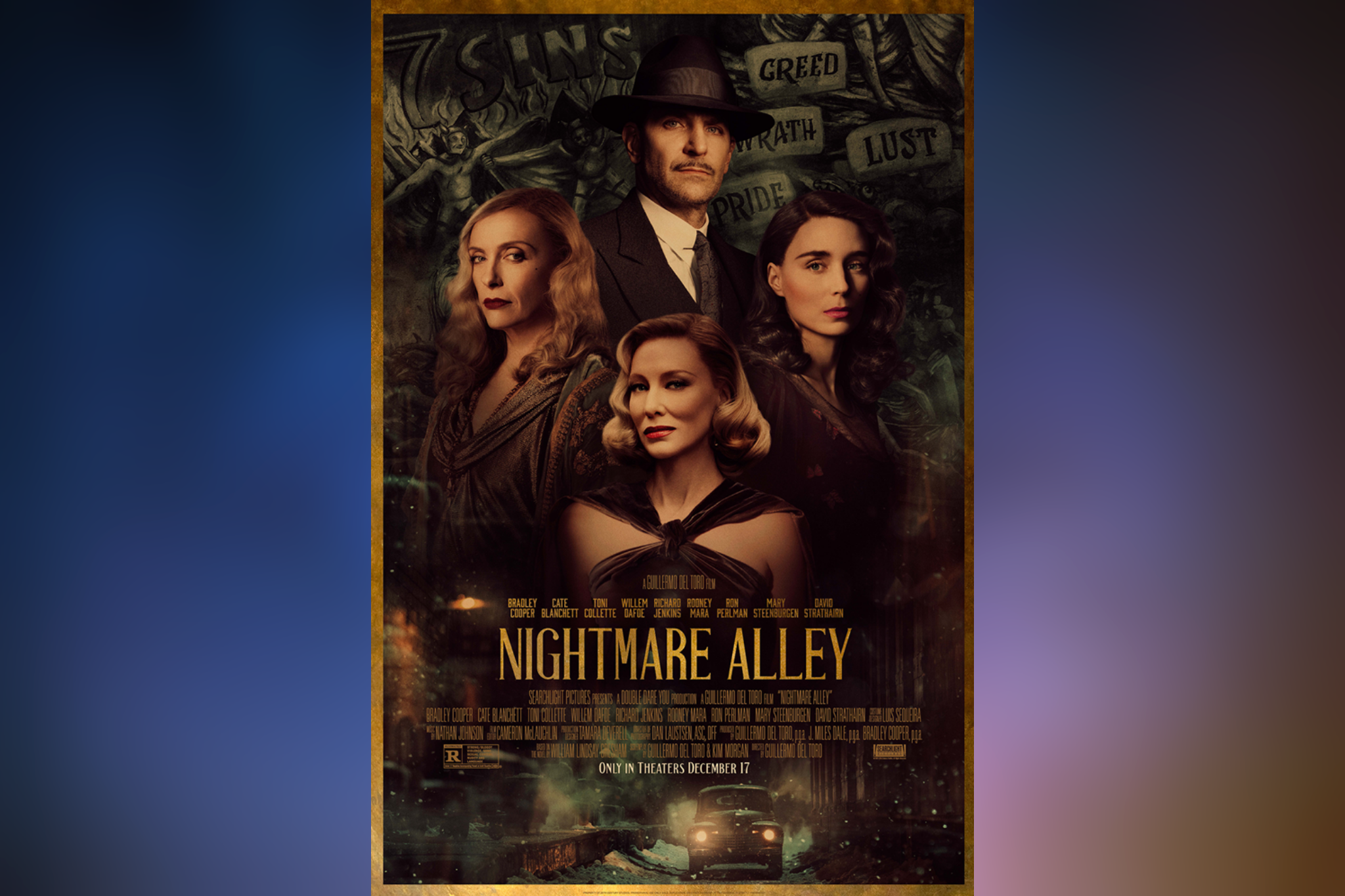 Nightmare Alley is Streaming On…

Sadly, Nightmare Alley is only available in the theatres for now. Since the movie has just been released, we can’t expect the production to make it available on OTT platforms.

Nevertheless, we’re eager to view Guillermo del Toro‘s masterpiece. On the one hand, some viewers have claimed the movie to be less enigmatic than the 1947’s one. On the other hand, boards like the National Board of Review and American Film Institute have considered it to be one of the best movies of 2021.

Taking place during the 1940’s New York, Nightmare Alley provides a psychological drama. Stanton Carlisle, a charismatic and down-to-luck man meets with a couple from a carnival. Meeting the clairvoyant Zeena and her has-been husband and mentalist Pete, Stanton learns some new skills.

Hence, Stanton seeks to craft a golden ticket to success with his newly acquired knowledge. Trying to swindle a rich and successful tycoon, Stanton gets into trouble. With Molly by his side and an unknown psychiatrist, Stanton tries to evade any trouble. However, the mysterious psychiatrist turns out to be his most formidable opponent yet.

The Cast of The Movie

Bradley Cooper is set to play the male lead role of Stanley “Stan” Carlisle. Following him, Toni Collette and David Strathairn will play the roles of Zeena and Pete Krumbein respectively. Playing the role of Molly Cahil, Rooney Mara is bound to give an excellent performance. Richard Jenkins will perform the tycoon- Ezra Grindle’s role. Finally, we’ll see Cate Blanchett in the role of Lilith Ritter (the mysterious con-artist).

The other cast members include: