House of the Dragon Episode 8 Explained: What do King Viserys’ Last Words to Alicent Mean?

*Warning: House of the Dragon Episode 8 Spoilers Ahead*

The first season of House of the Dragon is nearing its end with only two episodes to go, and house Targaryen is on the verge of a civil war. The show aired its seventh and one of the most emotional episodes this week, titled The Lord of the Tides, and it featured a death that everyone had seen coming for long.

All through the episode, King Viserys tries to reunite the greens and blacks, telling all his family members to put their differences behind them for his sake. While things started to look hopeful at the family supper, the King’s final words to Alicent ended up doing more harm than good, setting up the civil war. 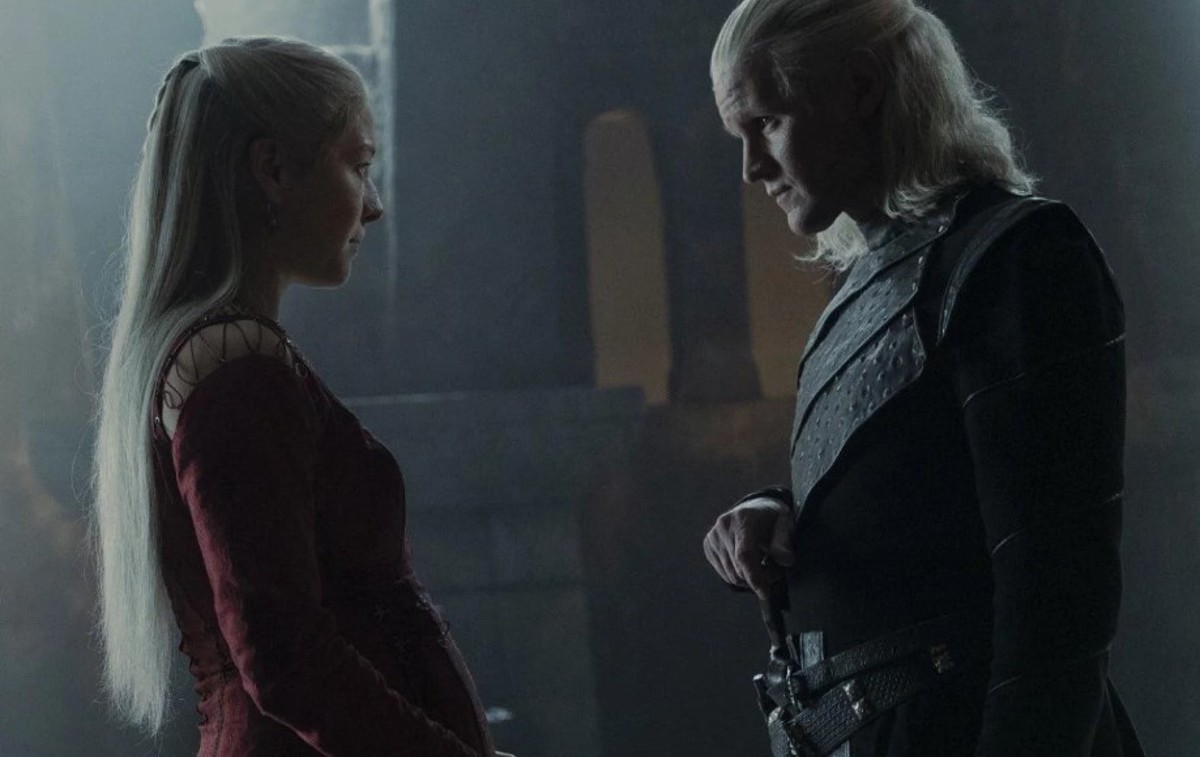 House of the Dragons Episode 8 Ending Explained: What do Viserys’ Last Words to Alicent Mean?

The illness finally got the better of King Viserys, as his face had decayed, his body had become extremely thin, and he needed support for basic things like getting up or turning around on his bed. Still, he pulled all the strength left in him to make it to the court to help his daughter Rhaenyra when her sons’ parentage was questioned.

The King then proposes to have dinner with all of his family and, knowing that his end is near, and tries to mend everyone’s relationships, asking them to keep their grievances aside and co-exist like one big family. His endeavor does seem to bear some fruit, as Rhaenyra and Alicent seemingly extend a warm hand to each other with their toasts. Alicent goes on to tell the Princess that she would make a fine queen. 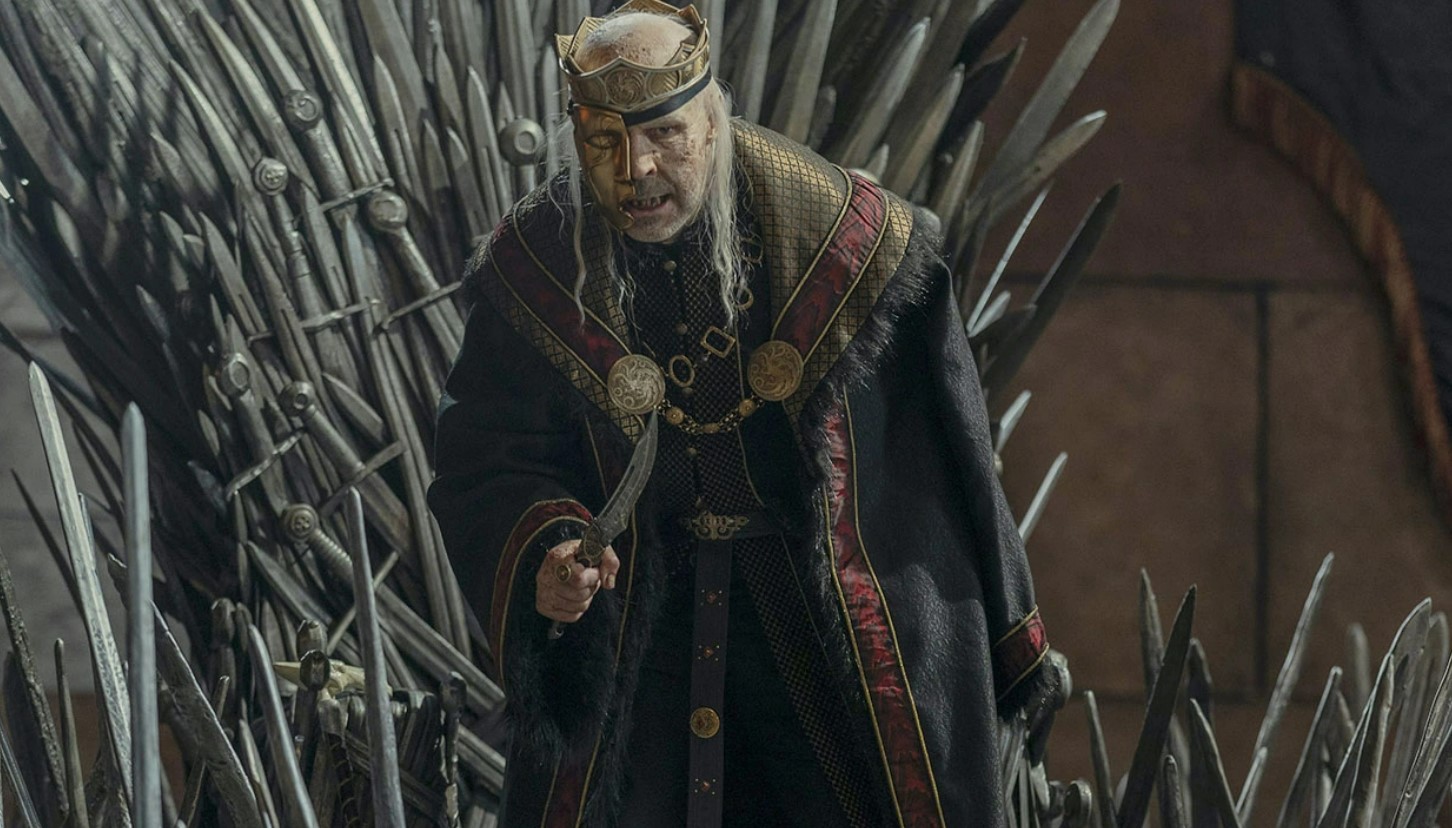 As things seem to get better, Viserys’ health worsens, and he is taken to his chambers. Alicent sits beside him on his deathbed, whom the King thinks to be Rhaenyra, and tells her that he believes her to be the prince that was promised. He talks about Aegon the Conqueror’s dream of a song of ice and fire and tells her that she should be the one to keep the realm united.

Alicent, unaware of Aegon’s dream, thinks that the King was talking about their son, Aegon, and wanted him to sit on the Iron Throne. The confusion will now set up the civil war as Alicent will cite Viserys’ last wish to make her son the heir to the Iron Throne instead of Rhaenyra. 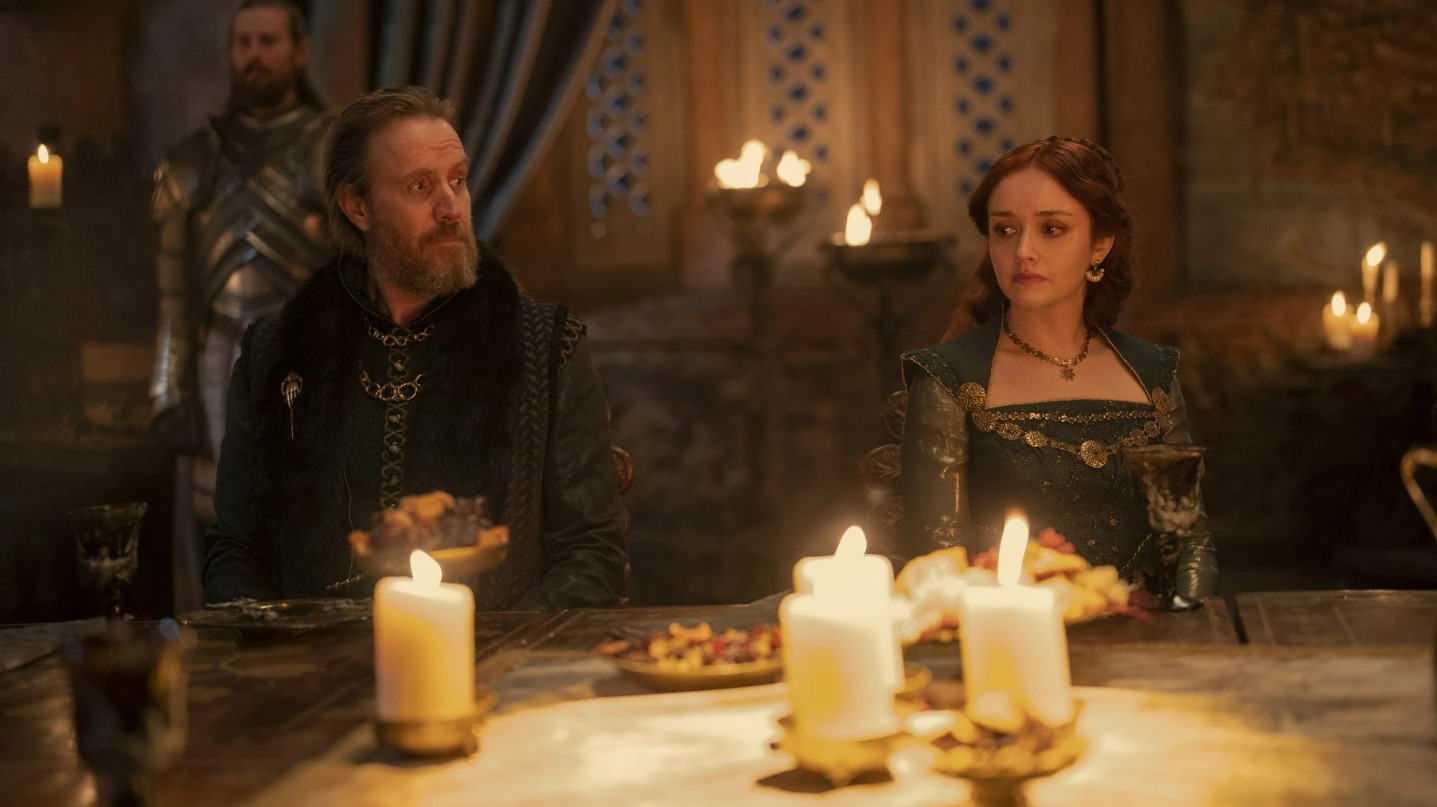 Another character whose health remained a concern during the episode was Lord Corlys Velaryon. His wife, Princess Rhaenys, is told that her husband suffered a grave injury and has lost a lot of blood, and might not be able to make it. The situation helped his brother, Ser Vaemond, to claim the title of the Lord of the Tides.

Vaemond is eventually killed in the court by Daemon after he calls Rhaenyra’s children bastards in order to strip them of their right to be the Lord of Driftamrk. Meanwhile, Corlys’ fate still hangs in the balance, and it will be interesting to see if he has survived the injury. 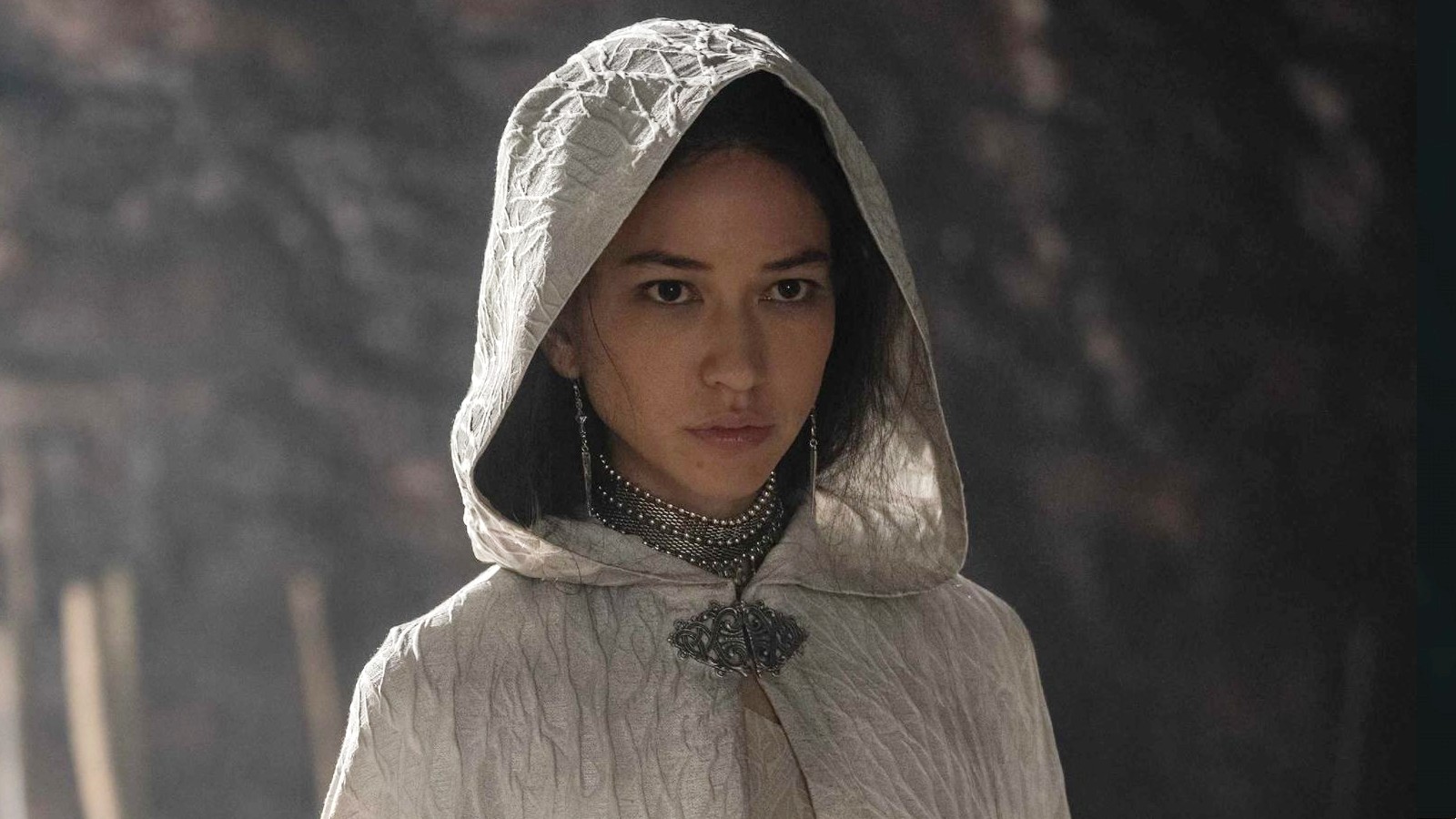 After being away from the action since her last appearance in episode 4, Daemon’s former love interest Mysaria has returned to the series, and she appears to be the show’s version of Lord Varys from Game of Thrones.

Mysaria has her own spies, including Talya, the Queen’s handmaiden, who tells her every detail of the business going on in the Red Keep. With all the information, Mysaria will surely have a significant role to play in the upcoming war.

House of the Dragon airs Sundays at 9 pm ET on HBO and HBO Max.