Hannah Einbinder and Jean Smart are ready to hit the road! The award winning dark comedy is gearing up to unleash new road adventures with the upcoming season of Hacks. The streaming platform HBO has released a fresh trailer for Hacks season 2. The show has a battle-hardened stand-up comic who teams up with a younger writer and the lead role is perfect for Jean Smart, who deserves it after years of good performances.

The funnies are outstanding, but there are also plenty of emotional truths that speak to how we feel about life. Here’s everything you need to know.

Hacks Season 2 Trailer is here with More Comedy and Touring

It’s a good day for all of us as HBO Max has released the new Season 2 trailer of Hacks – a critically acclaimed dark comedy series starring Jean Smart and Hannah Einbinder.

The show follows the washed-up stand-up star Deborah Vance as she teams up with Gen Z writer Ava. With its renewal date announced back in September 2021, the series has released its much awaited trailer.

The show is set to premiere on May 12th with two episodes released on the launch date followed by 2 episodes each week.

Hacks Season 2: What’s in the Trailer?

Season 2 of HBO’s hilarious comedy series “ Hacks” premieres this May. With Deborah’s departure from Las Vegas, the duo is set out on a new journey to Los Angeles to work on their show. 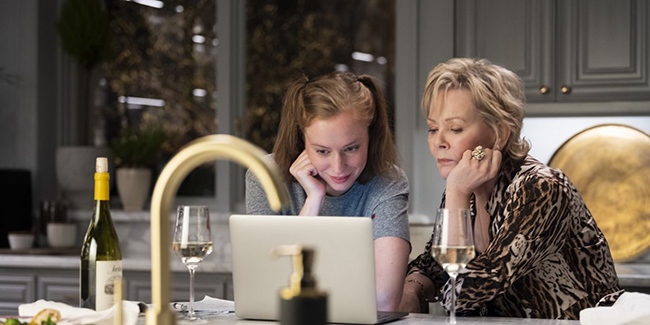 However, the parting presentation in Vegas turns out to be a dud and now they need to find ways to make their show worth it. Ava helps Deborah explore her past and all the abuse she had to go through in order to become a star.

Some people still don’t like Deborah but with this new tour they will come up with new ways to reach out to their audience without always using social media.

As seen in the Season 2 trailer, this tour will bring back some old wounds. Ava is doing her best to stop Deborah from finding out that she sent an email to TV show producers and told them everything about her mother’s emotional abuse.

HBO Max has decided to make this season a full-fledged comic ride featuring some of the greatest comedians lined up to make exciting appearances. season 1 of “Hacks” followed the unwilling partnership between a faded stand-up star and a Generation Z writer. The duo works together to save their sinking careers. The difference in age led to a lot of animosity and resentment between the two.

but by the end of “Hacks”, Deborah and Ava learned to respect each other to a certain extent and even started to acknowledge each other as partners.

By the finale, they had decided to go on a new road trip while workshopping a new comedy show inspired by the real life abuse Deborah had to face to reach fame. here you go! This is all you need to brush up on before gearing up for May 12th and the arrival of Hacks season 2!