Gurinder Chadha’s “Blinded by the Light” has just begun shooting! The comedic drama is based on the memoir of British journalist Sarfraz Manzoor titled “Greetings From Bury Park.” The autobiography follows Manzoor’s experiences growing up as a Bruce Springsteen loving British Muslim boy in the small town of Luton in the 1980s.

1st day of new movie excited and feeling blessed. Will announce more details soon but LOVE this story so will you BILB fans. Good to be on set again.

Manzoor’s family emigrated from Pakistan to Luton’s Bury Park when the broadcaster was only 2-years-old. In his memoir, he reflects on the struggles of having the hyphenated identity of being both British and a Pakistani Muslim during his teen years, a struggle every desi kid in the west is familiar with.

He recounts his reactions to the tragedies of 9/11 in New York and the 7/7 bombings in London. His best friend introduced Springsteen’s music to him and the artist’s powerful lyrics inspired him.

“Growing up in the Eighties in Luton as the working class son of Pakistani Muslim immigrants my world felt very small. In the music of Bruce Springsteen I found both hope and wisdom on how I could transcend my circumstances and make my dreams to be a writer come true,” Manzoor said in a statement on the Bend It Network page. “The fact that I was so affected by Springsteen’s songs shows just how powerfully music can transcend race, religion, nationality, and class. Blinded By The Light is also a tribute to my late father whom I often fought in my teenage years not realizing his generation also had dreams they were not able to follow.”

“At a time of such political and social instability in the world, this film provides us with a vital reminder of our shared humanity and the transformative power of music on both a personal and global scale,” Chadha added.

The film is described as a hybrid musical with Springsteen’s lyrics infused into the narrative. Chadha is writing the script for the film with her husband Paul Mayeda Berges and Manzoor. It’s actually taken the trio a few years to perfect their script.

Chadha and Manzoor actually met Springsteen at the London premiere of the Springsteen documentary “The Promise” in 2010. The duo was surprised to learn that he actually read Manzoor’s book and loved it!

“I quickly pitched him the film we wanted to make from the book on the red carpet,” Chadha writes on the “Blinded by the Light” page on her Bend It Networks website, “and to our excitement Bruce nodded and said, ‘Sounds good, talk to Jon.’ We then spent several years developing a script we knew had to impress Springsteen and managers Jon Landau and Barbara Carr or there would be no film without his music and blessings.”

Chadha not only wrote the film but produced it as well under her banner Bend It Films, along with Levantine Films and Peter Touche of Ingenious Media. The film has also gained support from the British Film Institute. The film’s cast includes Kulvinder Ghir, Hayley Atwell, Rob Brydon, and Sally Phillips. The film stars newcomers Viveik Kalra and Nell Williams as romantic leads.

Chadha is an award-winning filmmaker who is known for “Bhaji on the Beach” and the popular romantic comedy “Bend it Like Beckham” which launched the careers of Keira Knightley and Parminder Nagra. Her most recent film, “Viceroy’s House starring Hugh Bonneville and Gillian Anderson had its world premiere last year at the Berlin Film Festival. 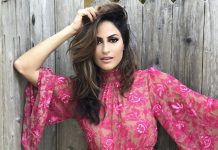 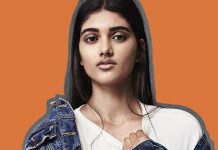 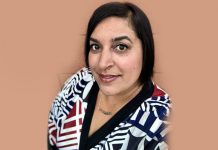