Frida Gustavsson Shares How She Landed In Hospital ‘ER’ In Viking Costume, Covered In Blood

Swedish model and actress, Frida Gustavsson, who is presently starring as the great Viking warrior Freydis Eriksdotter in Netflix’s “Vikings: Valhalla”, shared a crazy story about going to the ER in her Viking costume. During her appearance on “The Kelly Clarkson Show”, the 29-year-old model also shared details on her current role in the series, and how proud she was when she got the role of a Viking, something that’s an integral part of her Swedish culture. 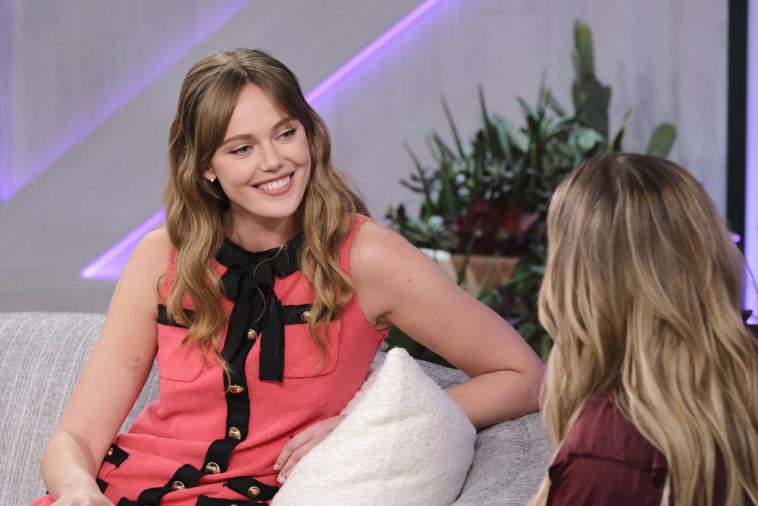 A Fracture, And Landing In ER In Style 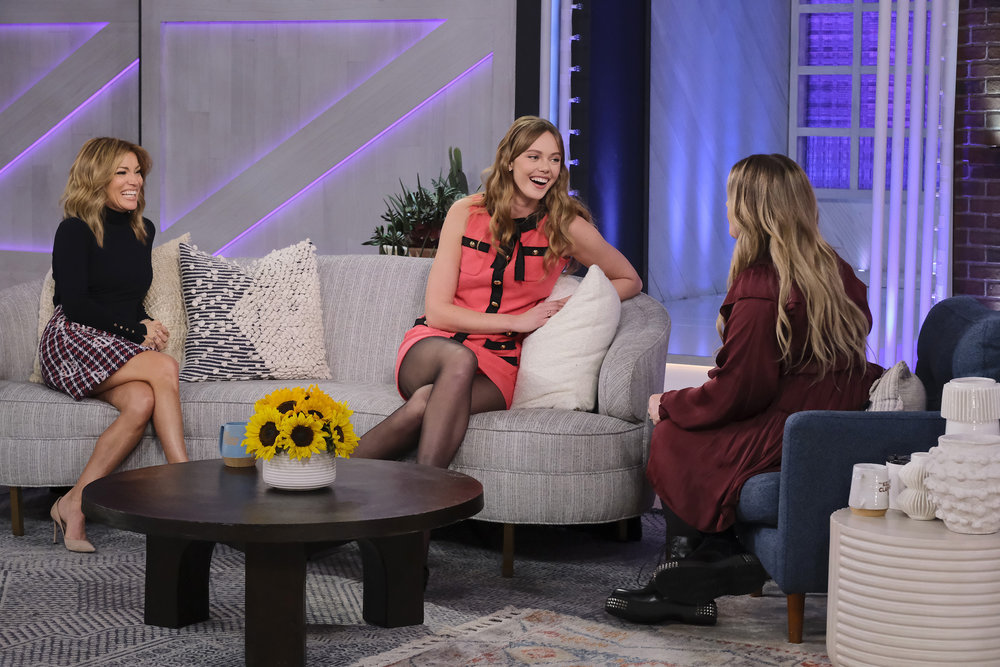 Kelly Clarkson felt like a dwarf as the 6’1 Swedish model, Frida Gustavsson appeared on her show to share stories from her current Netflix series, “Vikings: Valhalla”. While praising the show, Kelly asked Frida, “Do you ever get hurt? There’s like big stunts y’all are doing!” Friday responded that it’s a very action-heavy show and even though she was very athletic growing up, and even though she got to do all her stunts, “with that, sometimes come injuries”.

While sharing that she got a couple of scars on her hands, Frida shared an instance where they were about to shoot and were doing the last rehearsal, and she had a big takedown – a 6’7, big man. She narrated, “I am strangling him with my bracelet and we’re doing this big wrestle takedown and, of course, I slip, and he lands on my elbow.”

Frida revealed that she got a fracture and had to go to the hospital wearing her full warrior costume. “It’s the middle of the pandemic so no one from production could come with me.” She revaeld that she showed up at a hospital, looking like a Viking, covered in blood, in her full armor.

She said, “People at the hospital were like, what’s going on!” She was just dropped at the hospital and had to walk to the emergency room in that costume and they were like, “What happened to her?” That was truly insane, especially amid the pandemic when people were already hysterical. Well, if I was there, I would have surely believed her as a real Viking. Frida Gustavsson plays the character of  Freydis Eriksdotter in Netflix’s “Vikings: Valhalla”. Freydis was an Icelandic woman, the daughter of Erik the Red, who figured prominently in the Norse exploration of North America as an early colonist of Vinland. She was the brother of Leif Erikson, who was credited in early histories of the region with the first European contact.

When asked by Kelly Clarkson about her character in this series, Frida explained: “I play   Freydis Eriksdotter who is one of the most infamously bloodthirsty women of the Viking era. She is the sister of Leif Erikson, whom I am sure people know a little bit more about.”

She continued, “We are a continuation of the original show “Vikings” and we’re set 150 years after. The present series chronicles the most famous Vikings that ever lived.” Kelly curiously asked, “Do you all study that, as you live in Sweden, whenever you were a kid, yous study that?”

Frida replied, “Yea, we do. Being Swedish, Vikings are such a huge part of our culture.” She explained that she was really proud that I got to, represent my heritage, and funnily enough, my dad’s name is also Leif, like my brother in the show.” She also revealed that her nickname growing up was Freydis.”

Interestingly, Frida recently got married to Marcel Engdahl and has been living in Ireland for three years, filming three seasons of Vikings: Valhalla. In this way, she’d be able to spend some more time with her family. Frida added that Ireland is an extremely beautiful place, especially the people and the music there. The Former Victoria’s Secret Angel Frida Gustavsson previously talked about the huge responsibility of joining the “Vikings” universe and Netflix family. In a previous interview, she stated: “I went for a runestone walk with my father, who is a history buff. The Vikings left all of these wonderful runestones — they had erected stones with carved letters in the Elder Futhark alphabet, which is the 1000-year-old alphabet from Sweden.”

“They are little remnants of a time long gone, but they are still scattered all over the area where I live and tell little messages of what it was like to live there and come back after travelling to England and returning home with gold,” she added about the Vikings.

Well, the gorgeous woman had to do her part of the research and study for the role and has come a long way.  “The most special thing was to see young women all over the world watch the show and send me little notes responding to my character. That has meant the world to me,” she revealed.

Researching for this role helped her rediscover her Scandinavian heritage in a “whole new light and way”, and she loved the cute, idyllic camping trips she took with the “Vikings: Valhalla” cast in remote Ireland in between the shoots.

If you haven’t watched “Vikings: Valhalla”, the historical drama series is created by Jeb Stuart and is a sequel to History Channel’s “Vikings”, filmed in Country Wicklow, Ireland. Set one hundred years after the events of the Vikings, the series chronicles the beginning of the end of the Viking Age, marked by the Battle of Stamford Bridge in 1066.

The 8-episode Netflix series premiered its first season on Feb. 28, 2022. The second and third seasons were renewed in March 2022. Vikings: Valhalla’s third season is set to release on January 12, 2023. So get ready to see Frida and the other Vikings in full action. Have you seen the previous season? Who is your favourite character?