Frankie Grande is a married man! He got hitched to his fiancé Hale Leon in an amazing Star Wars Themed- Wedding on May 4, 2022. We are super happy for the gorgeous couple. Keep scrolling to learn more about the wedding ceremony of Frankie and Hale. 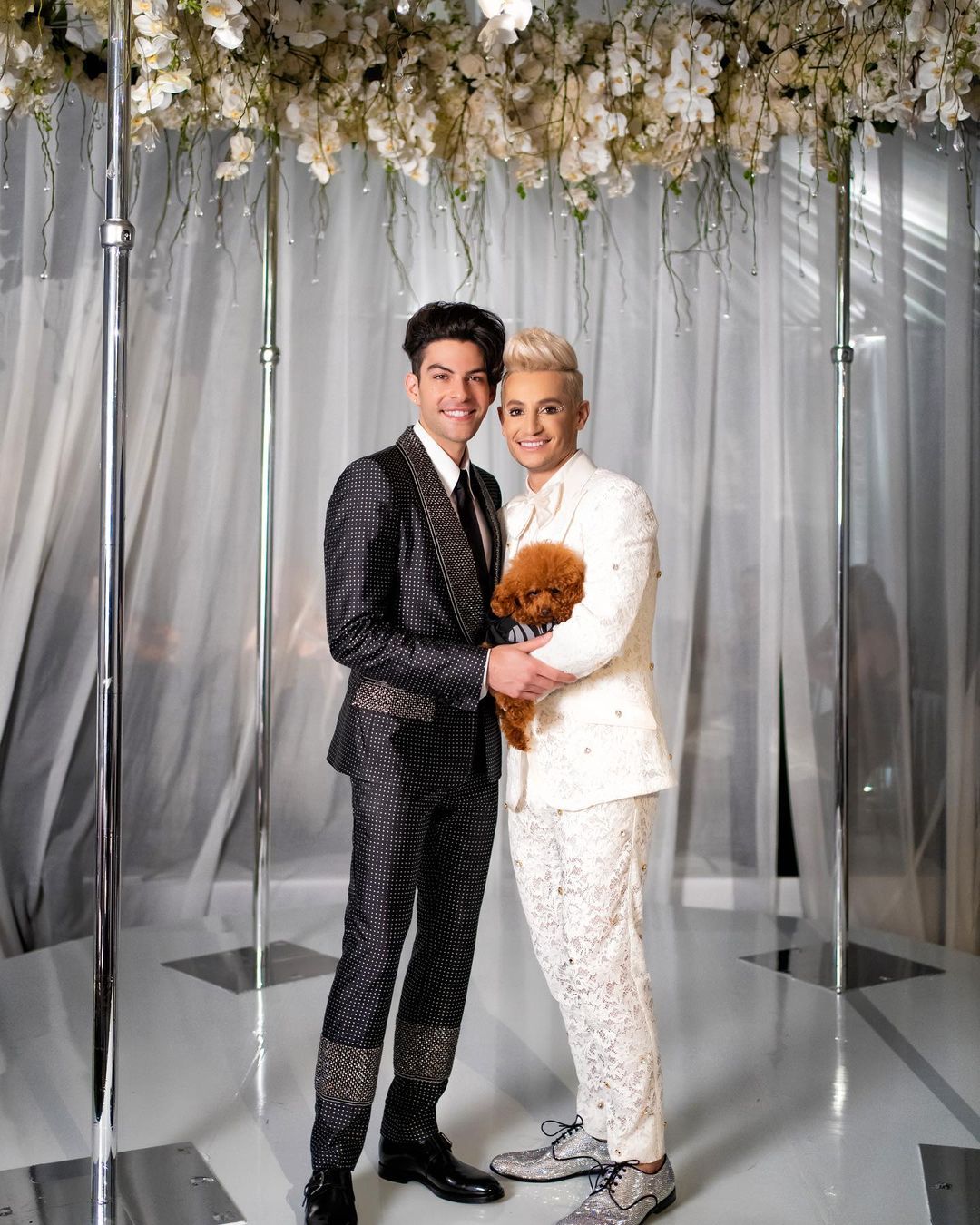 Frankie and Leon announced the great news on social media

The American dancer dropped a carousel of the couple’s wedding pictures on the social media platform Instagram. Grande penned down a heartfelt caption alongside the stunning pictures. The pair tied the knot in an intimate ceremony at a family home in Boca Raton, Florida.

“‼️Introducing Mr. & Mr. Grande‼️🤵🏼❤️🤵🏻‍♂️ Yup! We’re MARRIED! Surprise! 🎉😝 Hale and I were married at a small intimate galactic ceremony in my family home in Florida on May the 4th be with you, cause we really are both that nerdy🪐✨”, Frankie captioned the post.

Grande’s mom Joan officiated the couple’s wedding ceremony and Ariana’s brother further added, “It was the most beautiful ceremony, officiated by my incredible mother, and it brought us even closer together as we took our vows before our immediate families and before God! Special thank you to Dolce & Gabbana for dressing us in these one of a kind tuxedos! We adore them! 🙏”
The 39-year-old concluded by saying, “We then followed our wedding with a joint bachelor party weekend of games with some friends and family and are currently on our mini-moon before I have to head to rehearsal for my upcoming show Titanique. And this is only the beginning of the celebrations as we are having a Wedding Ball with all our friends in the upcoming months!”

As soon as Frankie broke the happy news of his marriage to Hale, many A-listers from Hollywood stopped by the Instagram post to congratulate the beautiful couple.
Singer Victoria Monét wrote, “WOWWW Congratulations you two!!! It looks beautiful and perfectly you and soo so special! Here’s to forever 🤎🤎🤎”, in the comments section of the post while Alfredo Flores commented,”!!!!! Cheers to forever”.

Montana Tucker penned, “This is incredible. Congratulations ❤️❤️” and Frankie’s sister Thank U Next singer Ariana Grande was not seen in any of the wedding photos but she of course would have attended the nuptials. She commented, “crying again ! i love you both so so very much.”

These were a few reactions of the celebs to the happy news of the couple’s marriage.

When did Frankie and Hale get engaged?

As per the reports of Page Six, Grande proposed to the love of his life at Dreamscape in Los Angeles in June 2021 with matching diamond-covered David Yurman bands. The couple met for the first time in the year 2019 at a line dancing bar. We send our heartiest congratulations to Frankie and Hale as they embark on a new chapter of their lives. Wishing the two of them loads of love, light, and happiness. Don’t forget to stay tuned with us for the latest updates from the world of showbiz.