Actress and television host Olivia Munn welcomed her first child with partner John Mulaney in November last year. The news of their relationship came out in May 2021. But before starting a family with Mulaney, the 42-year-old had her fair share of relationships with some high-profile celebrities. 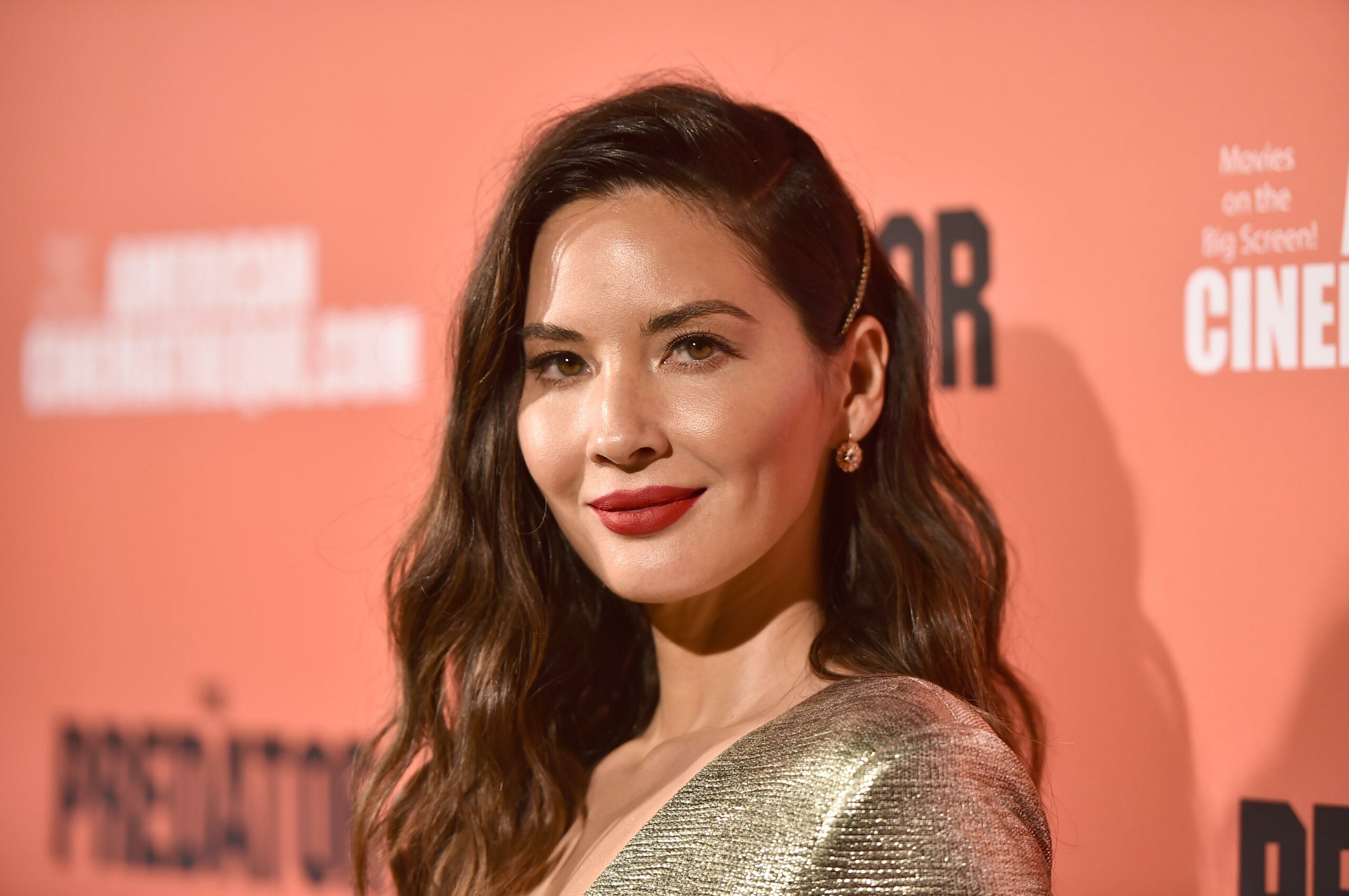 At times, some relationship rumors were put to rest by the actress herself. She publicly shut down her link-up rumors with Chris Pratt and Justin Theroux. While the reports of her relationships with some other personalities came out to be true. However, The Predator star had maintained that she had never given a thought to marriage.

In a podcast in April 2020, she revealed, “I never have ever been that girl (who thought of her marriage). And I’ll hear about friends who have, and I’ve just never been the person that’s, like, ‘Oh, I can’t wait to get married. This is what it’s going to be like, what my ring would be.’ I don’t really have any of those.” 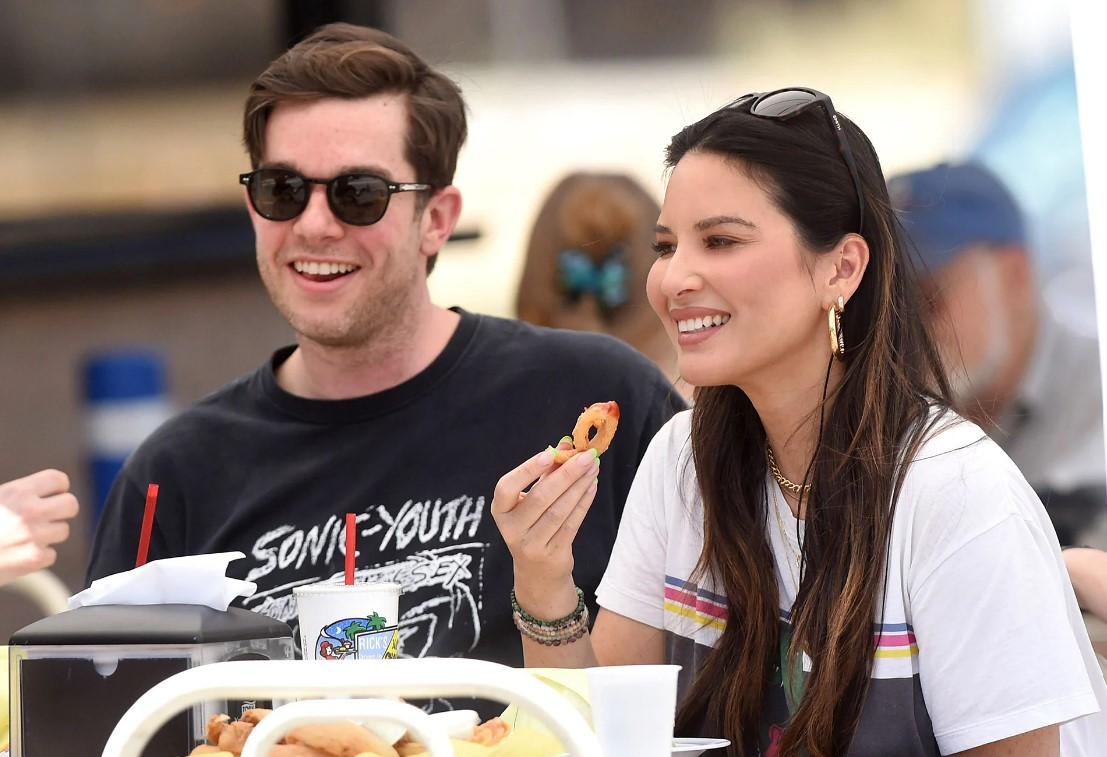 “The idea of getting married has always made me a little … It gives me … I don’t know what that word is for … I’m like, ‘It’s hot in here, right?’ It’s like, ‘Really?’ … Yeah, I just feel like to pick one person forever,” she had added.

Let’s have a look at all the men Olivia had an affair with, before being romantically involved and having a child with Seth Meyers. 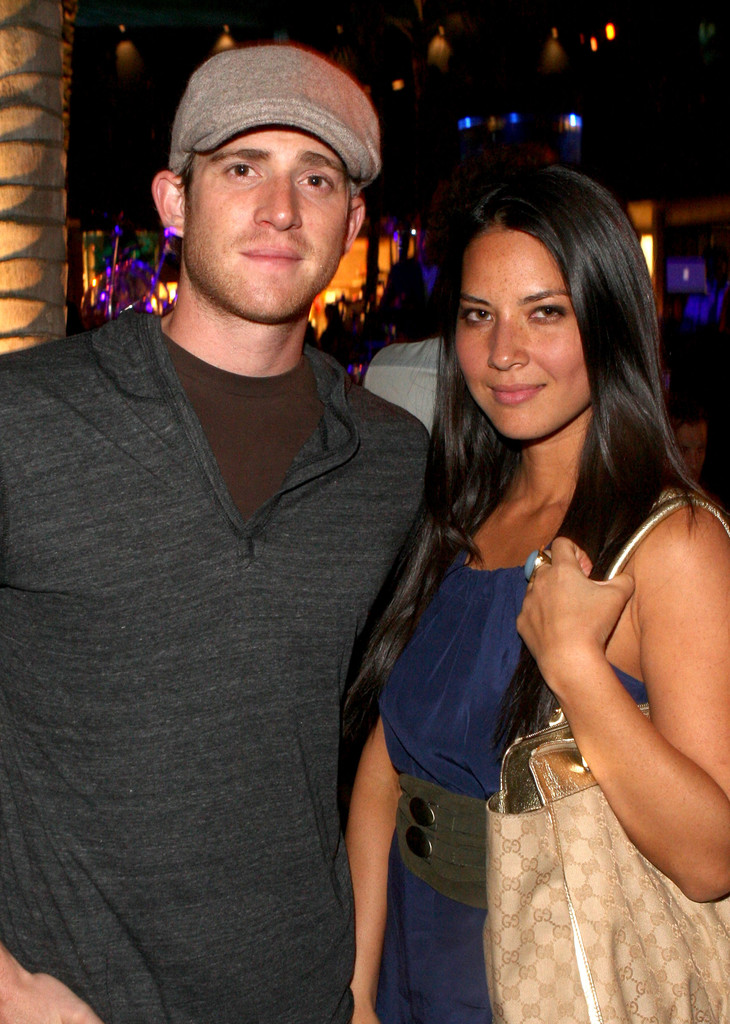 During the initial days of her career, Olivia was dating Bride Wars star, Bryan Greenberg. The two started dating in 2007 but broke up after nearly 2 years in 2009. Greenberg is now married to reality TV Star Jamie Chung. 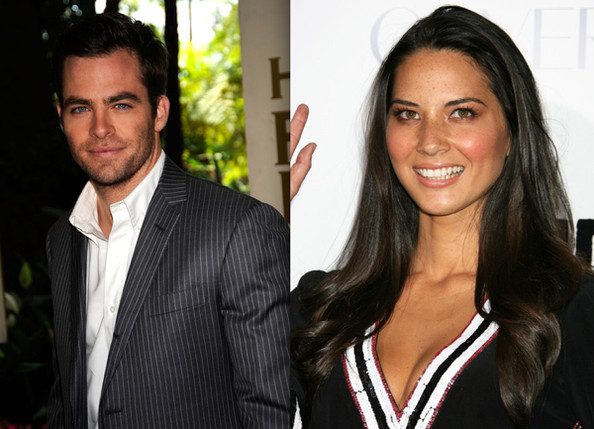 After breaking up with Bryan, Olivia was linked up with Star Trek actor Chris Pine. The relationship was however short-lived and the two broke up after only five months of dating in 2010. Since 2018, Pine was in a relationship with actress Anabelle Wallis, but the couple has recently split. 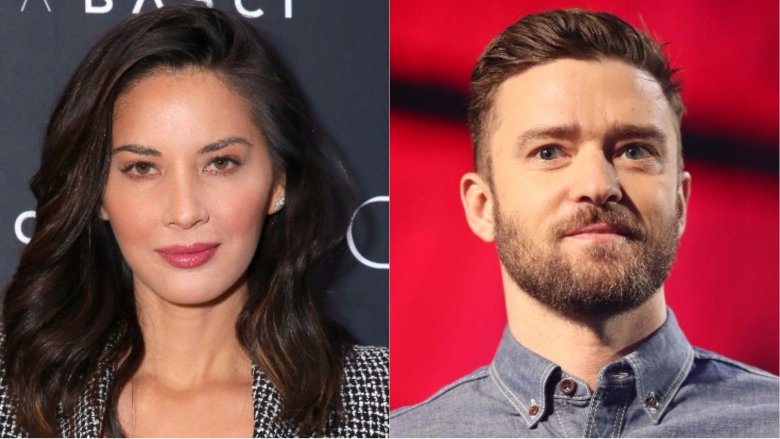 In October 2010, reports stated that Hollywood heartthrob Justin Timberlake had a fling with Munn in September that year, while being in a relationship with Jessica Biel. Justin’s spokesperson however denied the rumors. 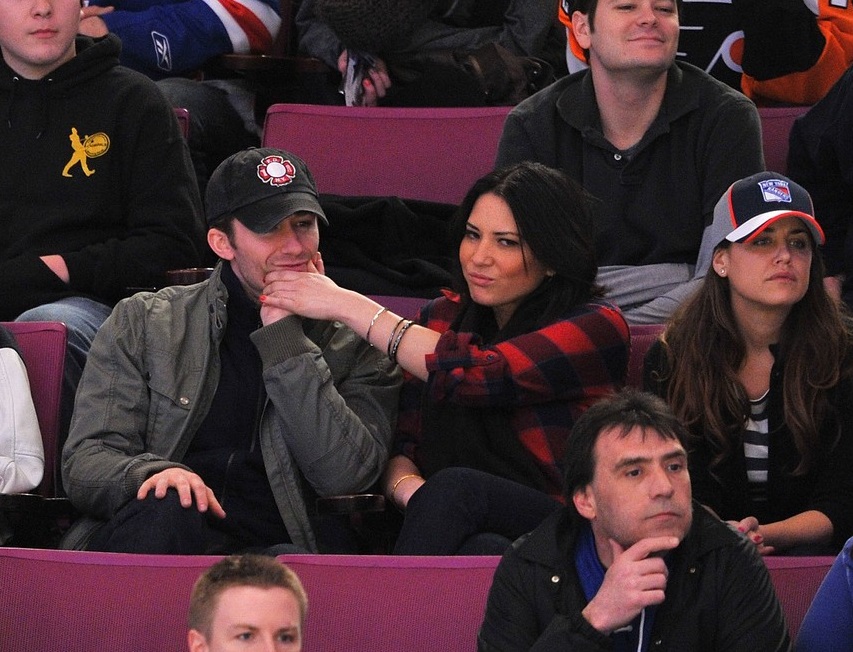 Olivia was seen with Glee star Matthew Morrison at a hockey game in February 2011. The two held hands and even kissed during the game. But the couple was not spotted together after that. Three years later, Matthew went to marry singer Renee Puente and the couple now has two children together. 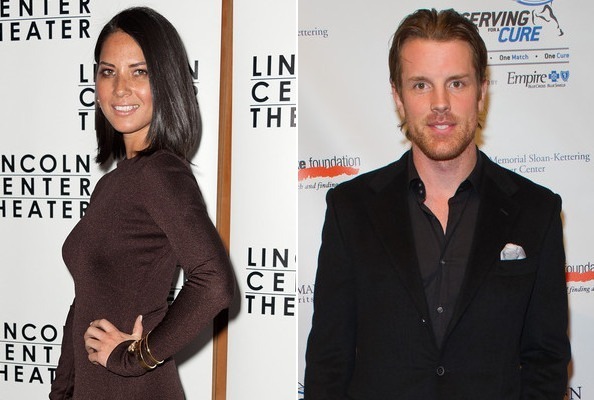 The X-men Apocalypse actress has also dated Canadian hockey player Brad Richards in the past for a brief period. But after two months of dating, Olivia realized that she liked Brad only as a friend and the couple decided to call it quits in January 2012. 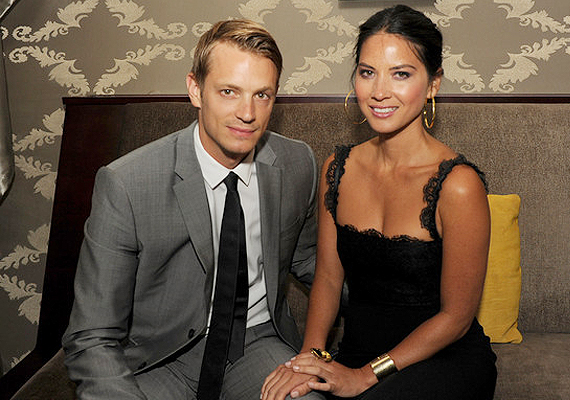 Olivia was linked to Swedish-American actor Joel Kinnaman in March 2012. The couple dated for two years, before splitting in April 2014, apparently due to long-distance relationship problems.

At the time, a source had told the US magazine, “They ended things a few months ago but both seem fine. A lot had to do with distance. He’s back filming in Toronto and she’s now in LA for good.”

After splitting with Joel, Olivia found love with Aaron Rodgers, an American football quarterback. The two started dating in May 2014. Olivia was apparently head over heels in love with Aaron, and even her mother approved of the man in her life.

Talking about her mother’s equation with Aaron, she had told Entertainment Tonight, “My mom, that’s how she texts, she’s like, ‘You tell Aaron Rodgers I think he number one quarterback! And you let him know Asians love Aaron Rodgers! You know people on Vietnamese blog talk about Aaron Rodgers, that’s big deal!’”

But, Aaron’s family had issues with Olivia. In January 2017, a source told the US magazine, “When he got together with Olivia Munn, his family told him they didn’t trust her and thought she wasn’t with him for the right reasons.”

Following the issues, Olivia and Aaron broke up in April 2017. Aaron had since gotten engaged to actress Shailene Woodley, but the reports of their split started doing the rounds in February this year. 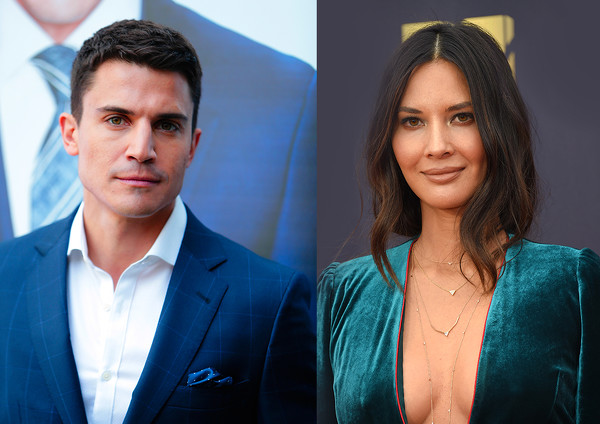 Olivia was also linked with Spanish actor Álex González. In April 2018, reports of their alleged relationship were published in the media. But the relationship did not last long and the duo broke up in the same year.

In 2018, Olivia started dating Philadelphia-based Businessman Tucker Roberts. The two were spotted holding hands as they went shopping in Los Angeles. Roberts is the president at Philadelphia Fusion. 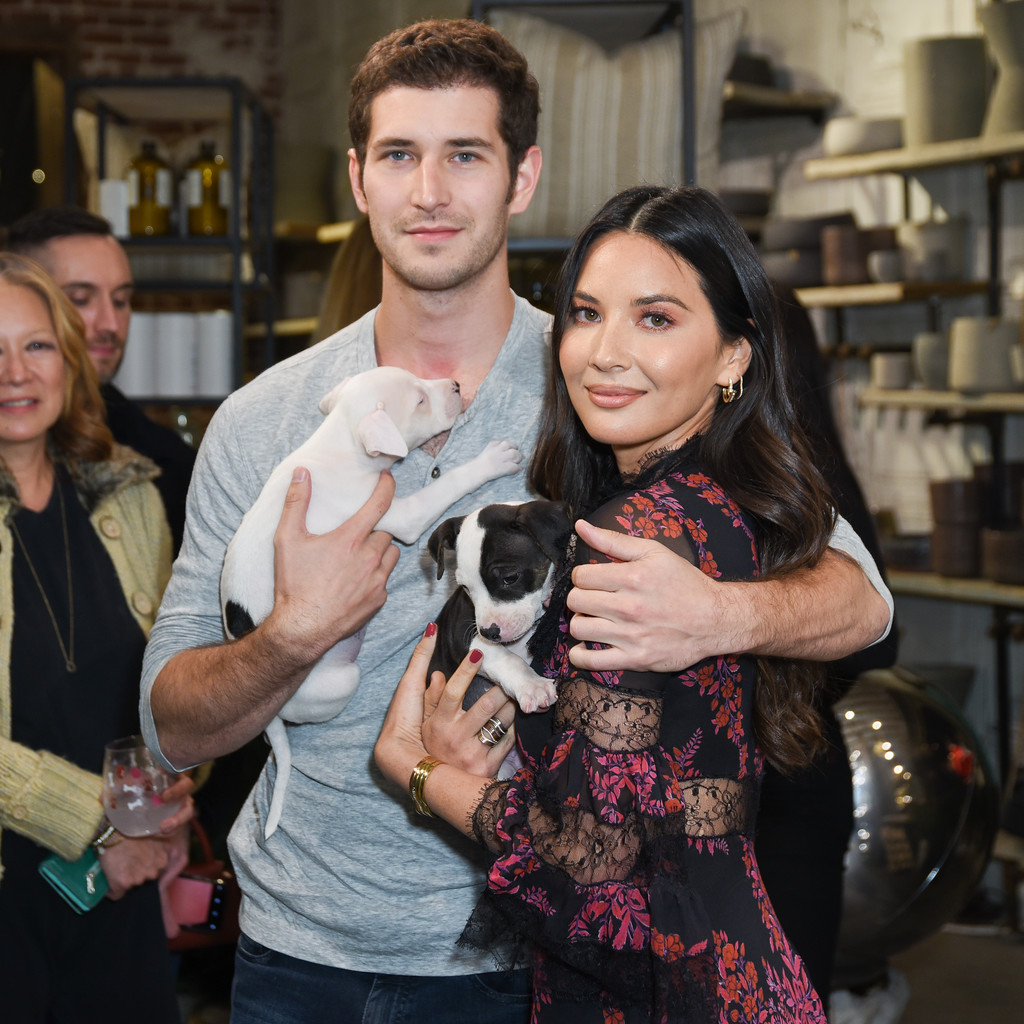 The couple made it official a year later in November 2019 when they appeared together at B. Åkerlund and Miranda Dickerson’s A Day of the Dead Celebration in Los Angeles.

The couple however split shortly afterward. The two had broken up on good terms and there was no bad blood between them.

In May 2021, US magazine reported that Olivia was in a relationship with Saturday Night Live writer John Mulaney. Just a week before the report came out, Mulaney had announced that he was divorcing his wife, make-up artist Anna Marie Tendler after six years of marriage.

The announcement was made after John came out of a 60-day rehab program. At the time Anna stated, “I am heartbroken that John has decided to end our marriage. I wish him support and success as he continues his recovery.” 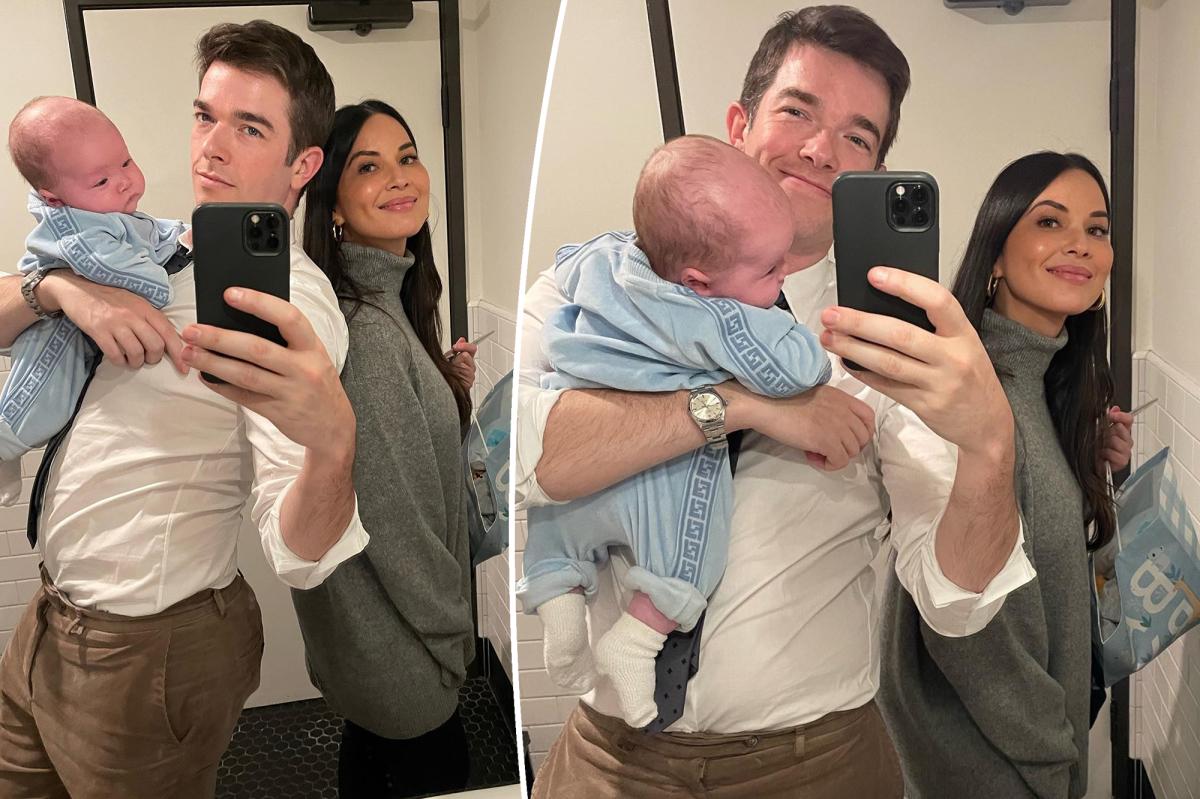 Way before they started dating, Munn had talked about being a fan of John in 2015. While talking to HuffPost Live, she had spoken about meeting John at a wedding.

She said, ”We were at a wedding together and I was like, ‘Oh, my gosh, do you and your fiancée want to go have dinner or something and go hang out? At first, it was cool, and then I kept going up to him at the wedding like, ‘So, you having fun?’ I was just so obsessed with hanging out with and talking with him.”

The couple is still going strong and welcomed a baby in November 2021. They have named the child Malcolm.