Internet personality Emma Chamberlain appeared on The Tonight Show Starring Jimmy Fallon and clarified the situation about her viral red carpet interview with Jack Harlow when he said I love you in the end. In her very first talk show, Emma revealed about hanging out in the bathroom at the Met Gala. Read on to learn about some of her most hilarious conversations with Jimmy Fallon. 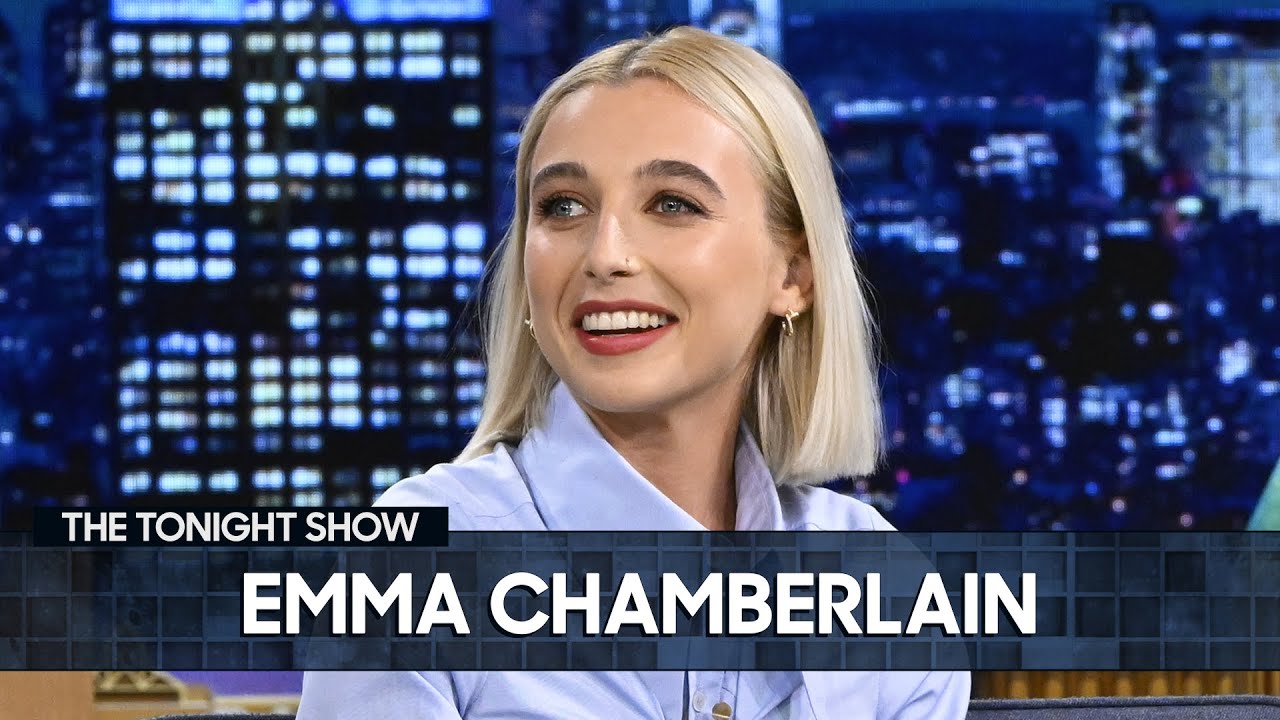 Emma Explains About Her Job… 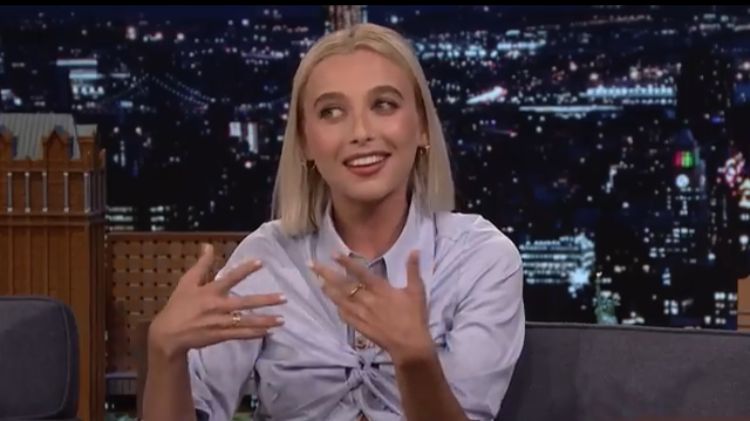 Jimmy Fallon congratulated Emma Chamberlain on her first talk show and asked her to explain to people what she exactly does. Emma stated that this is the hardest question for her, but well, she gave a very straightforward answer, as any witty internet personality would. Emma explained, “I just put things on the internet and just go like this,” she spoke with her fingers crossed.

Emma meant that every time she puts up her stuff on the internet, she just hopes for the best. The 21-year-old YouTuber was also asked why people love her so much. She responded, “I, like, truly don’t know.” Jimmy interrupted and said, “I think because you’re real and honest, and I see that. When I watch it, I go, That’s real.”

Jimmy also mentioned that she not only has a young fan base but there are many moms out there who are her big fans. When asked, “Why moms?”, she responded, “I love the unexpected. Because I know, for sure, people my age, I can imagine could relate to me, but like a mom? Love it!” 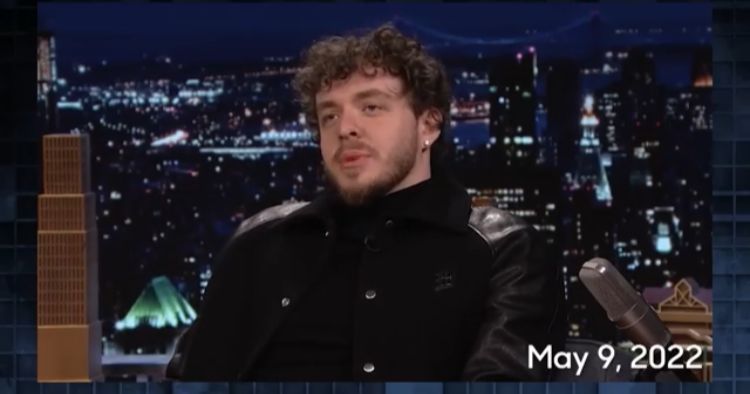 Jimmy Fallon told Emma Chamberlain that he had American rapper Jack Harlow on his show and was discussing with him about Emma Chamberlain. Jimmy expressed his happiness by saying, “It was so charming–I was like–who is this girl? She was just so good.

While speaking about Emma’s interview with Jack Harlow, Jimmy stated, “You were just interviewing Jack Harlow, and he said, I love ya, or something, and you were like, What? Emma’s reaction at the end of this red carpet interview went viral. Jimmy revealed that they had him on the show and he asked him about his thoughts on this. Jimmy then played the video.

In the video, when Jack Harlow says, Love Ya, Emma can be seen going Pff! in the end, and that reaction went viral. On this, Jack Harlow told Jimmy Fallon, “That’s like a piece of art because there are so many ways to interpret that, you know what I mean.” He also revealed that everyone has a different take on what was going through her head, so he’d just leave it up to the interpretation. 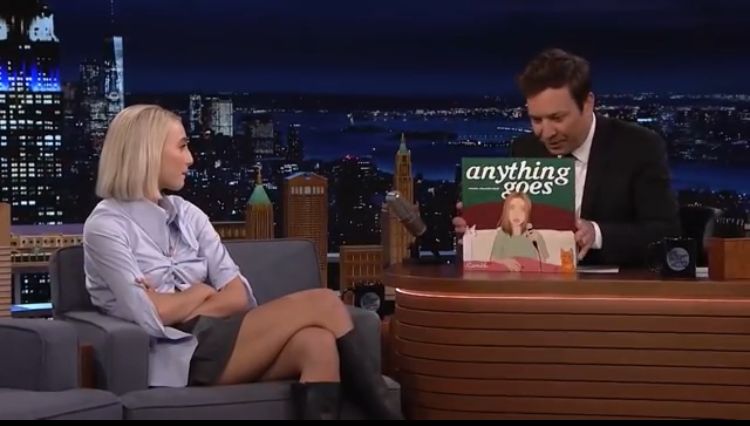 To dig deeper, Jimmy asked Jack Harlow, “Do you leave every interview saying “Love You”? Jack honestly replied, “Only If I Love Them.” After Harlow’s clip ended, Emma said, “That’s so sweet.” So, Jimmy finally asked the golden question, “What was going in your head when he said that?

Emma said, “Can I be honest? Like when I am doing these interviews, it’s blank up here. Like, I have no thoughts. And when I go home, I watch the interviews again, I’m like, watching a completely different person. I have no idea. I am not thinking about anything. And then, I am like, reacting to myself.” 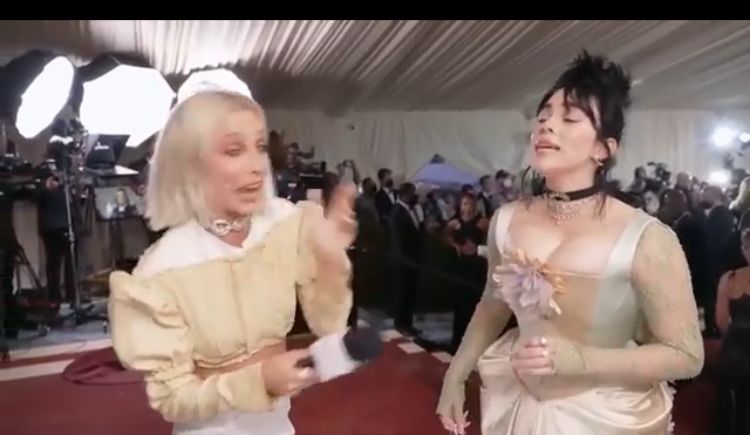 Jimmy Fallon also played a Met Gala interview with Billie Eilish wherein Emma can be heard saying, “Well I can’t wait to hang out.” Elish replied, “Well, we’re gonna party it up in there.” Emma says, “Oh, I am going to run directly to you.” Jimmy laughed and asked, ” Did you find her? Did you run right to her?

Emma explained, “Funny story that, I like, just remembered now. The first person I saw when I walked in was actually Billie’s brother. She ran straight to her brother at that point and hung out with him. She revealed that she met Billie later in the bathroom. She said, “The Met bathroom thing is real. That’s where a lot of people do meet up.”

About the bathroom, Emma said, “Bathroom is a whole different sitch. Well, everyone is in the bathroom for like an hour at a time because it takes so long to pee. She meant, that getting the Met Gala dress off to pee, is like an ordeal. And after you’re done, you’re so tired that everybody’s just hanging out in there, like catching their breath. And then, we go back to dinner.” 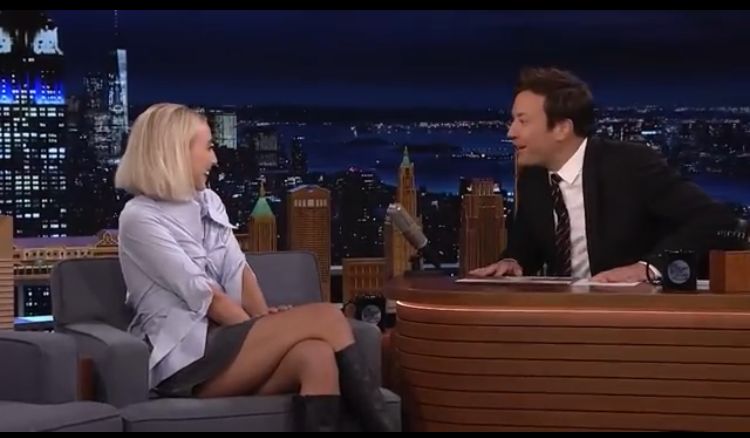 Emma revealed that besides Billie Eilish, she was hanging out in the bathroom with Kendall Jenner and Hailey Bieber. She revealed that it was very powerful. Jimmy said, “Yea, it’s a girls’ room, VIP.”

After that, Jimmy also played a Met Gala video of Emma with Shawn Mendes wherein she can be heard saying his name as “Shauwn Mendes”. About this funny accent, Jimmy asked, “Why Shauwn Mendes?” and burst out in laughter. Emma replied, “I don’t know–I just love–I just love a Jersey accent okay?”

She said, “That one is the funniest like I thought, something was gonna happen with that one. When I watched it, I was like–Why did I do that? But then, Jack was the one. She said, “Jack one was the one.” Jimmy joked that Shawn is not even from Jersey and there was no reason to do that to him. But again, it’s Emma Chamberlain, and she’s always got something funny in her interviews, eh? 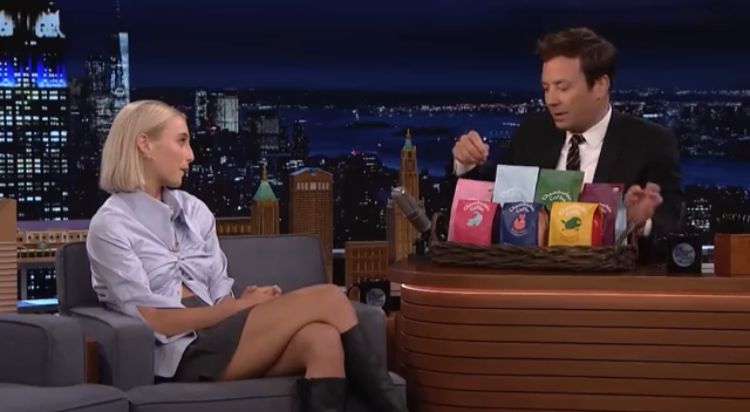 In the end, Jimmy also revealed about Emma Chamberlain’s new podcast “Anything Goes” and shared a big hamper of different coffees given by Emma. Jimmy revealed that she is a big “cold brew ” person. If you don’t know, Emma won the 2018 Streamy Award for Breakout Creator. In 2019, Time magazine included her on its Time 100 Next list, and its list of The 25 Most Influential People On The Internet.