“Moo” star Doja Cat received the Powerhouse Award at the “2022 Billboard Women in Music Awards” held in Inglewood, CA. Doja performed “Alone” from her 2021 album “Planet Her” at the closing ceremony of this grand night. 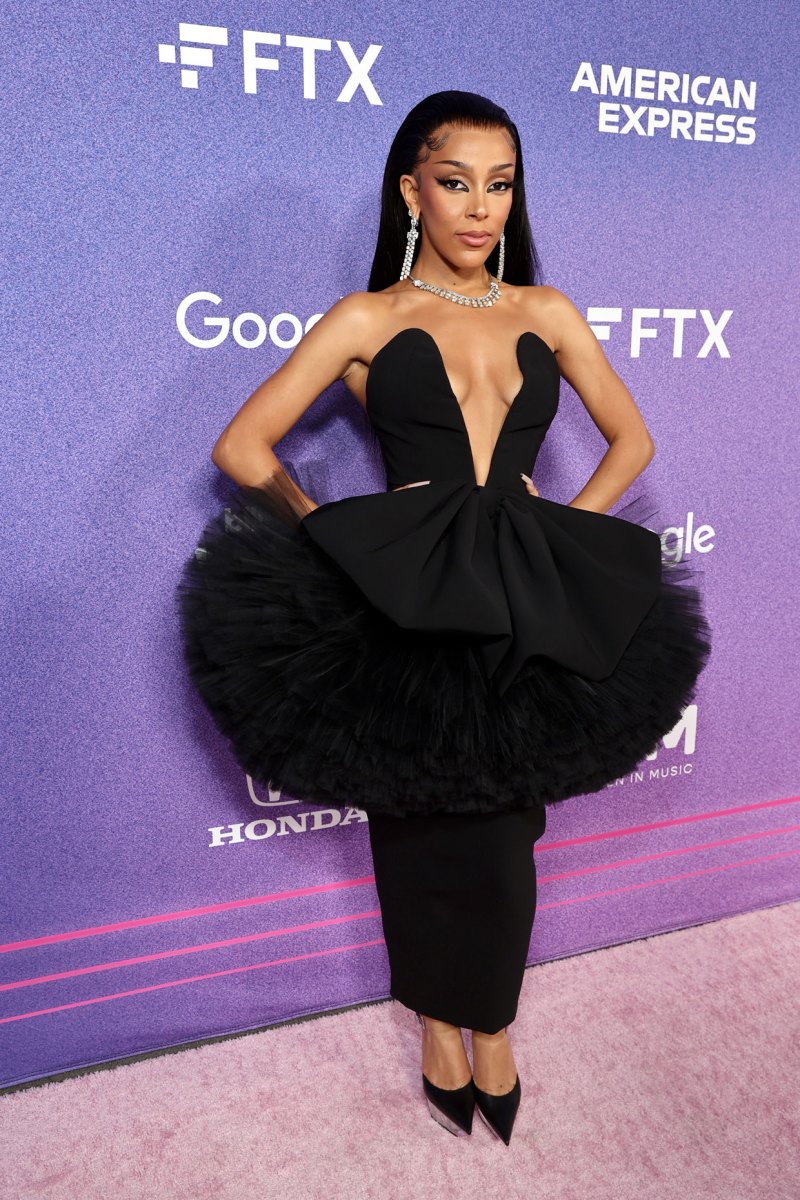 “Amala” who goes by the stage name Doja Cat wore a plunging back “avant-garde” gown and fierce cat-eye makeup as she accepted the Powerhouse Award. The gown is designed by the Venezuelan designer “Carolina Herrera” known for dressing various first ladies including Michelle Obama.

Doja’s designer gown had a giant bow and a flurry of black tulle at the waist. She complimented the dress in a pair of black heels with mirrored platforms. She was covered in dazzling diamond earrings and a necklace. Isn’t she looking stunning?

Doja changed out of her Carolina Herrera gown and into a bubblegum pink gown with a headscarf attached to accept the coveted honour. 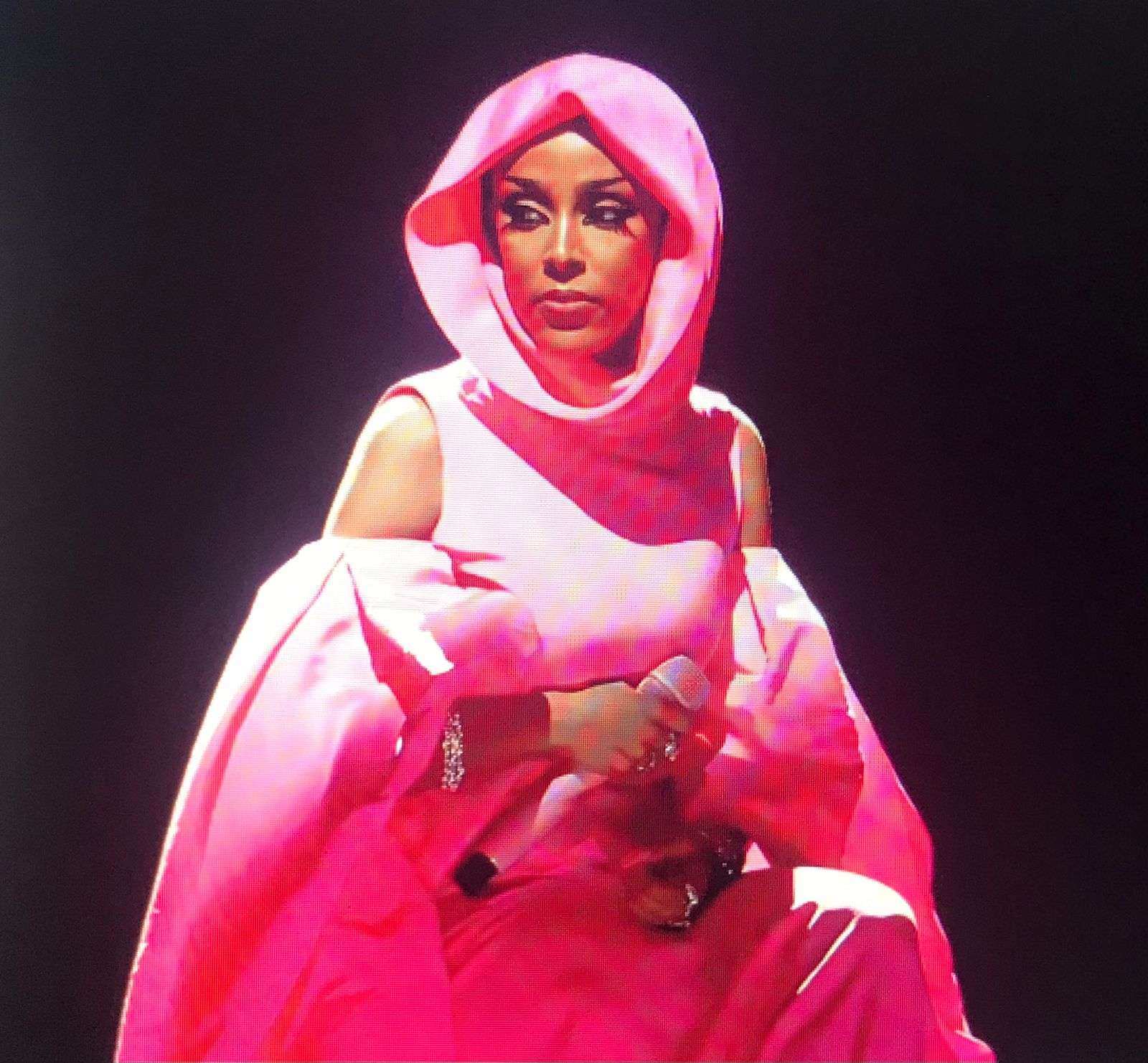 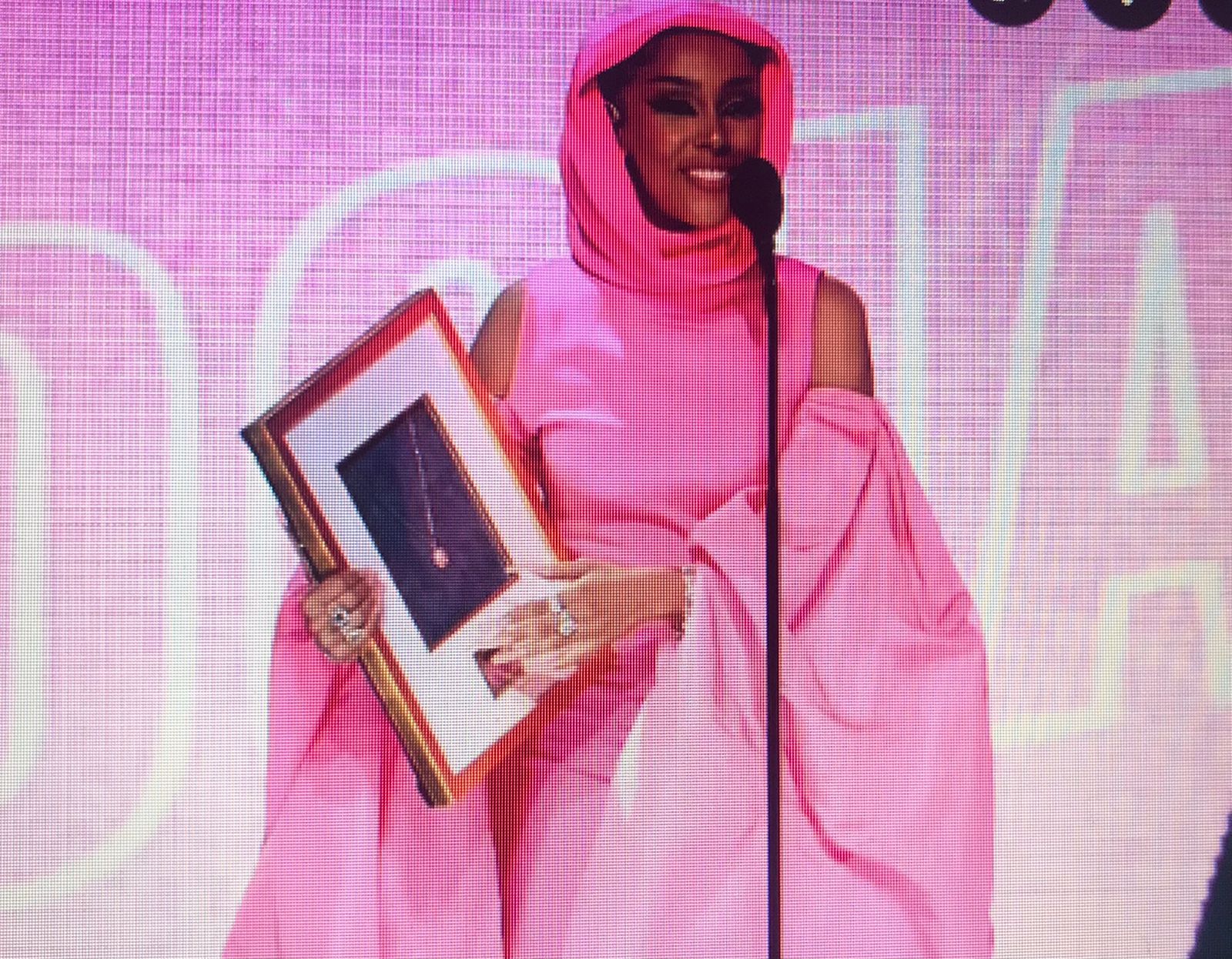 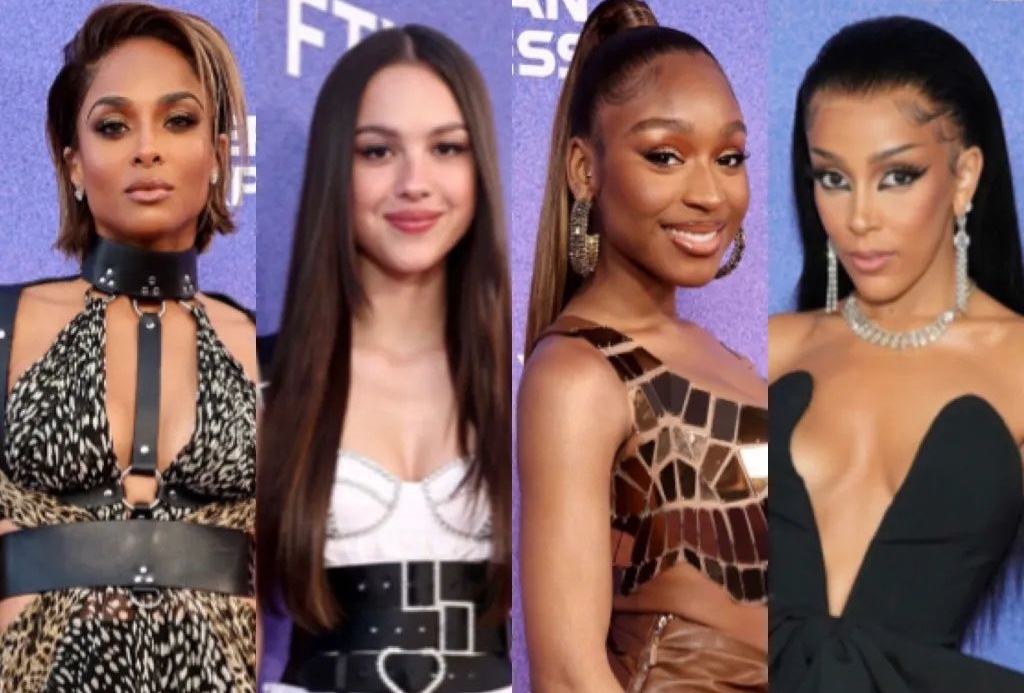 Doja Cat set the closing ceremony on fire with her performance. Doja awed the audience with her performance of “Alone” from her third album “Planet Her”. Several female stars stunned audiences with their speeches and performances. Olivia Rodrigo took home the biggest honour “Women of the Year Award”.

After receiving her award, Doja expressed her happiness stating, “Thank you to all of my fans, thank you to my team. But for the most part, I want to thank my mom and I want to thank Sal [manager Wassim ‘Sal’ Slaiby] and Co. I love you all so much,” Doja said. “Can’t wait to break this s–t open and put the necklace on … you know, that’s what girls do. Amen, women. Let’s go.”

The event witnessed heart-warming speeches by powerful women. One of my favourites is from Bonnie Raitt who used both her performance and speech to recognize the crisis in Ukraine. As the star was awarded the Icon Award, she said:

“My heart is heavy for the people of Ukraine, and I know the Russian people are not in agreement – so many of them – with what’s being done. I pray for all the people who are working hard for peace.”

About Billboard Women in Music Awards

Julian Holguin, president of Billboard expressed her happiness by stating,  “From Doja Cat to Karol G, Saweetie and Bonnie Raitt, we couldn’t be more thrilled to honour this diverse group of women pushing limits and breaking down boundaries with a show-stopping live event, and for the first time, invite fans to join in on the celebration in-person.”

She added, “From legendary acts to those just beginning to make a name for themselves, these are all women pushing the envelope and inspiring fans around the world with their musicality, determination, attitude and style. We are thrilled to bring these influencers together for a night of incredible performances and inspiring conversation about the future of music.”

It’s such a great feeling to see so many powerful women under one roof. What are your thoughts on Doja’s honor and the relevance of these awards?