Get some popcorn, and have a seat!

DC’s Blue Beetle is currently under production, but so what? New pictures from the set of the live-action film are making all the noise.

The Blue Beetle will star Xolo Maridueña as Blue Beetle/Jaime to life on the television screen. Moreover, the first look also gives us a glimpse at the full costume of the superhero.

The ongoing discussion about Blue Beetle’s costume has been under the wave. During DC FanDome 2021, the look of the Blue Beetle costume art was revealed. 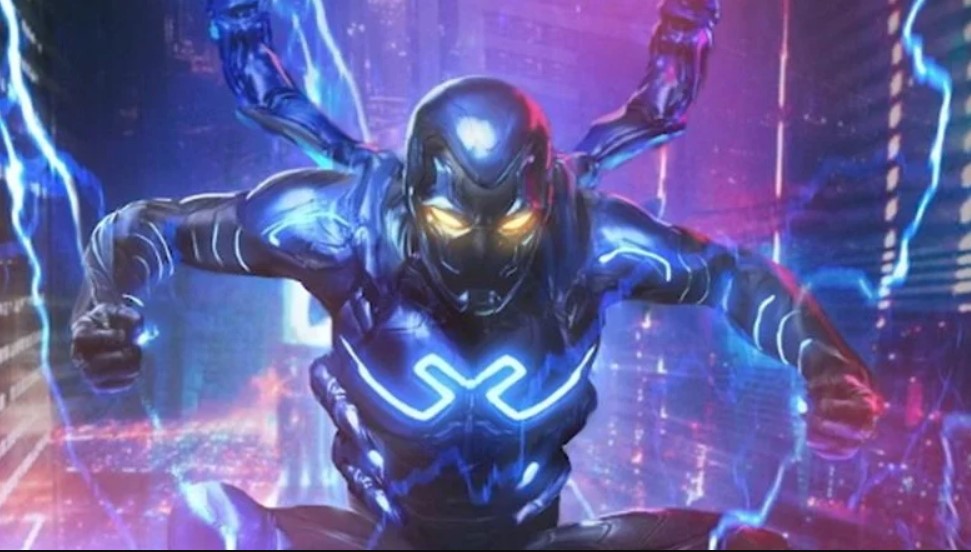 However, now that the images of the costumes have been delivered straight to our doors, we can’t help but think about what else awaits.

Let’s have a look, shall we?

“All I can think about is how exciting it’s going to be,” Xolo Maridueña said about the costume.

“It’s going to touch on a lot of things that haven’t been touched on before in superhero movies… I haven’t had the chance to put on the suit yet or anything like that. Once it happens, it’ll feel real.”

The Blue Beetle movie is slated for a release in August 2023 and will feature Xolo Maridueña as the DC’s superhero. After the revelation of the project last year, fans couldn’t contain themselves from finding out more about the final results.

The Blue Beetle will follow the life of Jaime. After the death of Ted Kord, he is the third person to take on the role of Blue Beetle as per the comics.

We have the first photos of Xolo Maridueña in costume as Blue Beetle for his upcoming DC Comics movie! https://t.co/2XiAIPLcUb

Xolo is spotted in the middle of the fighting scene. Here are a few more action shots of Xolo as Blue Beetle which is circulating like fire on the media.

The Blue Beetle is created by John Rogers, Cully Hamner, and Keith Giffen.

Earlier this year, during an interview, Xolo said, “This is really gonna be a stepping stone in my life,”

“I’ve gotten the chance to build chemistry with these people over the years on Cobra Kai. To try to recreate that chemistry in a much shorter amount of time is gonna be difficult, but all of these guys are professionals. I know that I’m in the hands of people who are the best at what they do. The opportunity at Cobra Kai has really blessed me; I can do stunts, we can do crazy stuff. Adding this new level of green screen and suits and CGI and all of this will add a whole new crazy level to it that I’m so excited for.”, he added.

DC’s Blue Beetle will revolve around the 2006 version of Blue Beetle. 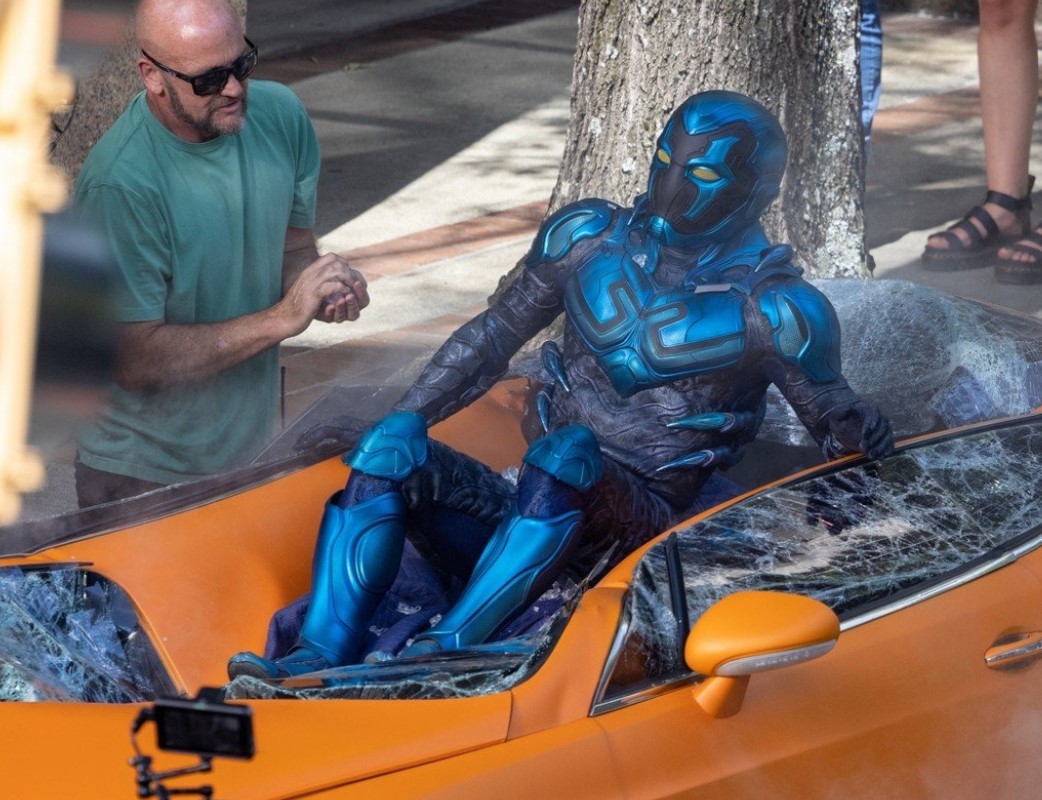 The movie is currently in production with shooting scheduled in Atlanta. Furthermore, the expectations from the movie are extremely high, thus, we can’t wait to see what it has to offer.