The “Pretty, Pretty, Pretty Good” days are just around the corner as your favorite show Curb your Enthusiasm is coming back for its season 12.

That’s right, Larry David is returning with the crazy frolic show that has curled up the audiences since the 2000s. The long-running HBO comedy series is going strong with each season. The old man playing pretending in his own world has always intrigued a lot of us. Only if we could get a chance to be part of his mundane misadventures with a bucket full of celebrities.

Curb your Enthusiasm is hands down one of the most celebrated shows from the 2000s giving us an extensive 11 seasons with impressive cast members and a quirky storyline.

With its latest installment released in December 2021, the show has left fans wondering whether Larry David is thinking of coming back for the 12th season.

But the good news is here and you should scroll it!

Curb Your Enthusiasm Season 12: Is it Happening?

The fans should celebrate a little today because Season 12 is returning soon on our TV sets. And we’re not kidding as this news has straight up come the OG Larry David. 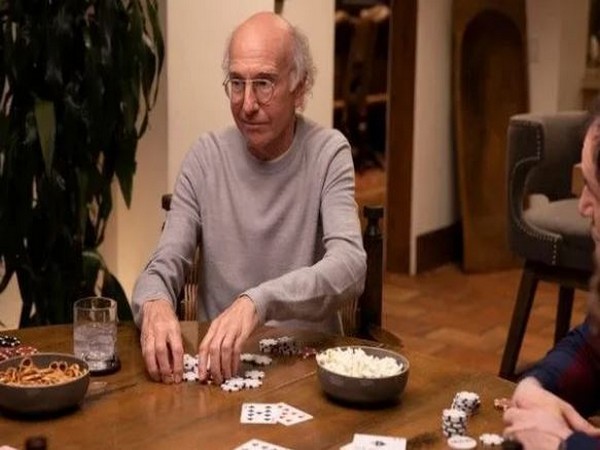 Larry has confirmed the arrival of Curb your Enthusiasm season 12 on Sunday, April 10th.

The announcement was done at an Emmys event where David revealed that the show will be returning for the 12th season.

The Emmy event hosted by HBO Max held at the DGA screened the special episode from Season 11 called, “The Watermelon”.

Curb Your Enthusiasm Season 12: Do we have a release date? The American television sitcom is one of the most popular shows on TV. The series premiered its last installment in December 2021 leaving fans with high hopes as there was no surety of the season to come back.

As Larry David has announced the arrival of the show very recently, there is no official confirmation about the release date yet.

The series is one of the popular shows on the house HBO Max with 8.8 ratings from IMBd.

Curb your Enthusiasm is created by Larry David featuring himself in every possible department of the show including writing, development and executive producer. Richard Lewis makes occasional appearances in the show due to surgery recovery, although there was a confirmation from him coming back to guest-star on one episode. To give a brief recap of the show, Larry David plays a version of himself in a show he calls “about nothing”. The show centers around improv comedy and recurring situations where guest actors take leads from Larry to carry forward the scene.

Season 12 will probably focus and involve the pandemic around its story. The actors will take cues from their experiences and share them on show.

Here you go! This is all you should know before gearing up for season 12th. We will be back with more updates soon.