A lot has happened between American singer Ne-Yo and his wife Crystal Renay after they separated two years ago. From their re-marriage in April to welcoming their third child in July, the couple has had their share of ups and downs. But again, things are turbulent between the two as the reality star accused her husband of cheating on her. Fans are wondering if the couple has called it quits once and for all. Read on to learn more about it. 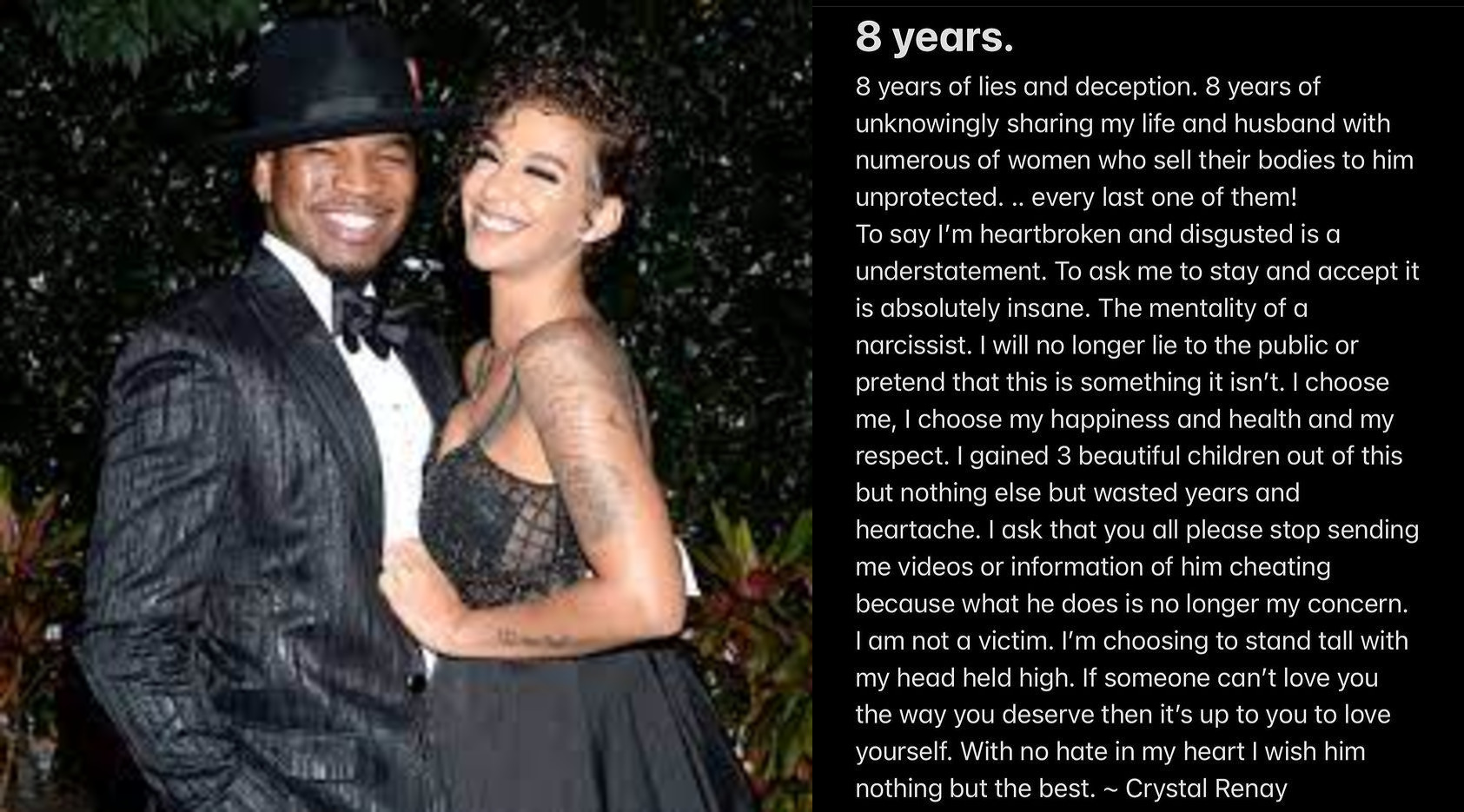 8 Years Of Lies And Deception…

Ne-Yo‘s wife Crystal Renay is publicly putting him on blast. On Saturday (July 30), the reality star took to social media to slam the 42-year-old singer and accuse him of cheating on her for years. She started by writing, “8 years. 8 years of lies and deception. 8 years of unknowingly sharing my life and my husband with numerous women who sell their bodies to him unprotected…every last one of them!”

Revealing that she is heartbroken, she revealed that asking her to stay quiet and accept it is insane. The mentality of a narcissist,” Crystal continued. “I will no longer lie to the public or pretend that this is something it isn’t.” I choose me, I choose my happiness and health and my respect I gained 3 beautiful children out of this but nothing else but wasted years and heartache.

Crystal even asked fans and followers to stop sending her videos of the “So-Sick” singer with other women. She wrote: “I ask that you all please stop sending me videos and information of him cheating because what he does is no longer my concern. I am not a victim.”

Crystal concluded, “I’m choosing to stand tall with my head held high. If someone can’t love you the way you deserve then it’s up to you to love yourself. With no hate in my heart, I wish him nothing but the best.” Even though she hasn’t directly mentioned calling it quits, it’s certain that she is done with Ne-Yo’s abuse and things are finally ending for good. Ne-Yo and Crystal Renay met in 2015 when he was working on his album, Non-Fiction. According to the singer, the meeting was initially strictly business, and there were plans set in motion to shoot a short film for the album. However, following the meeting, both of them began dating after two weeks.

Ne-Yo, whose real name is  Shaffer Chimere Smith, first married in February 2016, but Ne-Yo filed for divorce in March 2020, which Renay claimed to have learned about on the internet. The Grammy winner withdrew the paperwork soon after and explained that he and the “Platinum Life” alum had reconciled while quarantining amid the COVID-19 pandemic.

Ne-Yo has five children in total. Before Crystal, the singer was married to Monyetta Shaw and shares two children with her: daughter Madilyn, 11, and son Mason, 10. As for Crystal, the couple shares three beautiful children: sons Shaffer Jr., 6, and Roman, 3, and daughter Isabella, whom they recently after getting back together. The two remarried in April in an over-the-top wedding on a rooftop of the new Resorts World complex in Las Vegas. Well, it seems like Crystal made a wrong decision and things have turned out to be different. As for Ne-Yo, the singer hasn’t responded to her accusations. But hey, It’s time to move on, Crystal, isn’t it?