The big-screen debut of Thor: Love & Thunder will feature two of Chris Hemsworth’s children. Kevin McCarthy spoke with the actor, and revealed that at least one of his twin sons – Tristan and Sasha – and his daughter, India, who he shares with his wife Elsa Pataky, appear in the Marvel movie.

Chris Reveals the Roles of His Children

The film’s promo interview revealed that Chris wasn’t the only one who had children inside the movie. “The director Taika was in there with his youngster. Christian Bale had his. Natalie had her youngsters as nicely,” he shared. 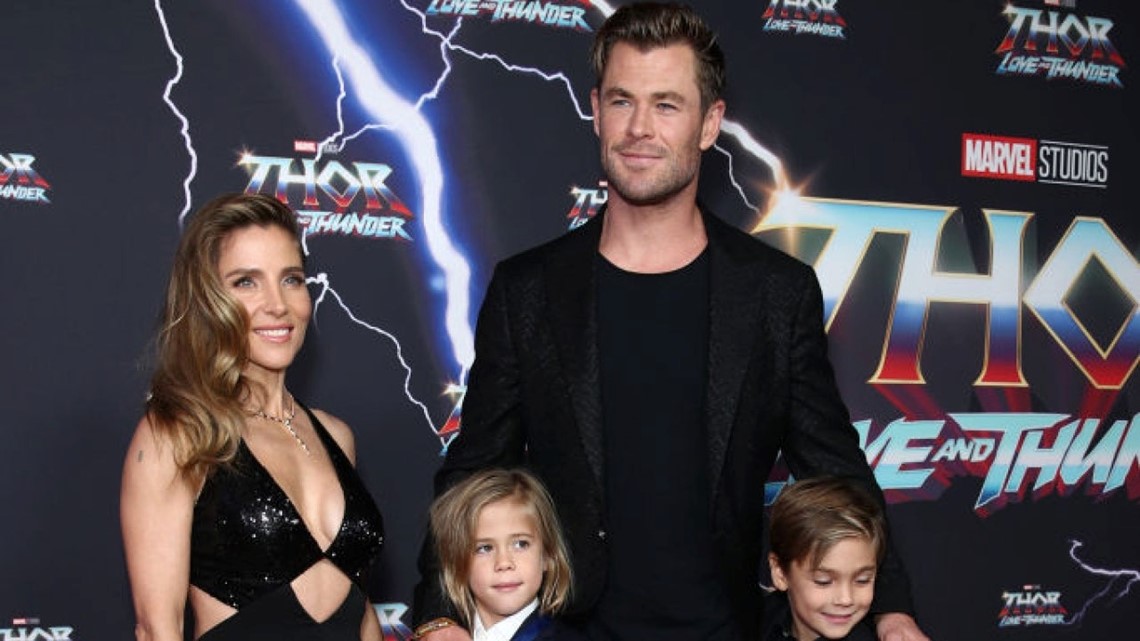 Chris revealed his daughter India’s role in Thor’s working montage, as well as the name of one of his sons. “That’s my daughter, too.” She plays the character of Love.

Thor: Love and Thunder star Chris Hemsworth tells what it meant to be able to work with his children on the project. Thor will return to screens in Love and Thunder after his last appearance in Avengers: Endgame, partnering up with the Guardians of the Galaxy.

In addition to Taika Waititi, who directed last year’s Thor: Ragnarok, Natalie Portman will play Jane Foster, who will play the part of the mantle of The Mighty Thor, who returns in this highly-anticipated MCU instalment. As Gorr the God Butcher, Christian Bale will star in Thor: Love and Thunder as the MCU’s terrifying new villain.

The Extra interview featured Chris talking about his dad’s superpower: enjoying life. He said, “I think I am creative since my kids all have big, vivid imaginations, just as I do.” The children get outside and explore and play as they please. That’s what it’s all about.”

He also joked about his home being dotted with the iconic Thor hammer. Depending on its location, it could be either in the toy box or on the mantlepiece, he explained. He explained that it is removed and goes straight to the bathroom. 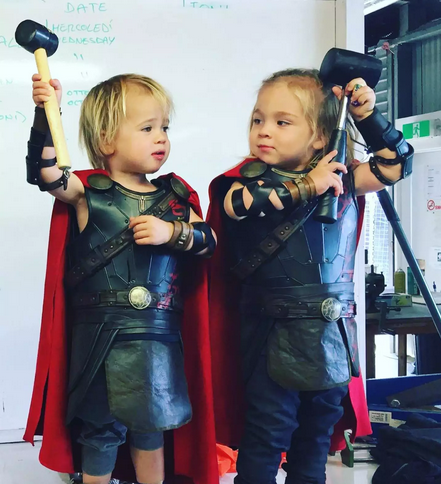 In honour of his twin boys’ 8th birthday, Hemsworth and Pataky posted a throwback photo on Facebook showing the twins dressed as his Marvel character Hammer.

His cheeky caption for the photo read, “If you’re asking if they can wear any other superhero outfits besides Thor, the answer is no.”

Based on the Marvel Comics superhero, Thor: Love and Thunder is an upcoming superhero film. Following Thor, Thor: The Dark World, Thor: Ragnarok, and Avengers: Endgame, this film is a sequel. A Phase Four film and the twenty-ninth instalment in the Marvel Cinematic Universe, it is the thirteenth instalment in this series. The film is all set to get released on July 8, 2022. 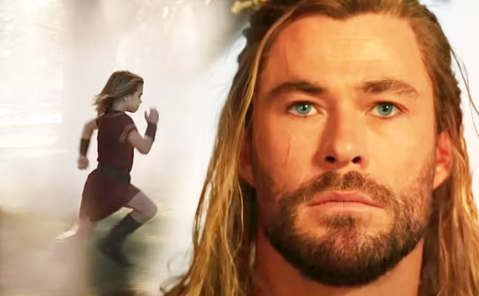 In the film, Thor is searching for inner peace, unlike anything he has ever tried before. Nevertheless, a galactic killer is known as Gorr the God Butcher interrupts his retirement to seek to extinguish the gods. To combat this threat, Thor enlists the help of King Valkyrie, Korg, and his ex-girlfriend, Jane Foster, who wields the Mighty Thor’s magic Hammer, Mj*lnir. Alongside the God Butcher, they embark on a harrowing cosmic journey to discover the truth about his vengeance before it is too late.