When your husband is the ‘God of Thunder’, you really don’t need a ladder for difficult chores. In a recent Instagram post, Chris shared a daring clip of his wife, who attempts to place a star on the family’s Christmas tree while climbing on his shoulders. Even though she succeeded, Elsa may have hurt her hubby’s spine a bit. Read on to know the couple’s Christmas decoration shenanigans. Chris Hemsworth shared a daring Instagram video with Elsa Pataky and their three children. As the couple continues to make Christmas preparations, Elsa was seen placing a star on the Christmas tree while climbing her strong husband’s neck. As the struggle continues throughout the clip, the tree branches collide with Chris’ head making him say “Oh my face!” at one point.

Elsa somehow manages to place the star on top of the tree, sparking cheers from family onlookers while Chris groans: “Oh, my spine”. In the video, the power couple’s children were seen cheering for their parents.

Chris revealed that the couple tried a similar stunt last Christmas, but it was him on Elsa’s shoulder. He joked that neither the tree nor his wife’s knee made it. He captioned the post: “Last year we tried this but with me on Elsa’s shoulders… nor the tree nor @elsapataky’s knees made it. After 12 months of preparation, we finally figured it out. A star is born!

Fans immediately took to the comment section to express their thoughts about the video. Jasin Boland wrote, “Family”. One fan shared her feelings about her husband and wrote: “This is raising the standard too high, my husband obviously doesn’t “say” me enough to allow me to sit on his neck or probably he is just scared that I might break his neck 😂.”

Another fan went a bit too far and wrote, “if Chris throws Elsa in the air, she will 360 spin and put the star ⭐️ on the tree 🌲.” Another fan wrote: “Why don’t you use your tho strength to fly up huh?” A fan even shared a pro tip: “Pro tip – put the star on before you stand the tree.” One fan stated: “You bought Groot for a Christmas tree.”

For Chris, Family Is Everything! Hemsworth has never hesitated to express his immense love for his wife, Elsa Pataky and their children. In the same manner, his Spanish-model wife too keeps posting sweet messages for her husband. The “Extraction” star shares three kids with Elsa: daughter India (7) and 5-year-old twin-sons Sasha and Tristan.

For the world, Chris Hemsworth may be the toughest guy out there, but for his family, he’s too soft-hearted. Chris loves spending time with his wife, Spanish model Elsa Pataky and their three adorable kids. If you aren’t aware, last month, Chris, who is the highest-paid actor in the world, announced that he’d be taking a short break from acting.

The announcement came following revelations made in an episode of “Limitless”. It was revealed that the “Thor” star is genetically pre-disposed to develop Alzheimer’s disease, meaning he has a high risk of contracting this dreadful disease.

“It’s not a pre-deterministic gene, but it is a strong indication,” he said. “Ten years ago, I think it was more thought of as determinant.” The genetic testing revealed that his genetic makeup includes two copies of the APOE4 gene, one of which came from his mother and another from his father. Doctors confirmed that this combination leads to an “increased  Alzheimer’s risk.” He was informed of this off-camera by Dr Peter Attia. 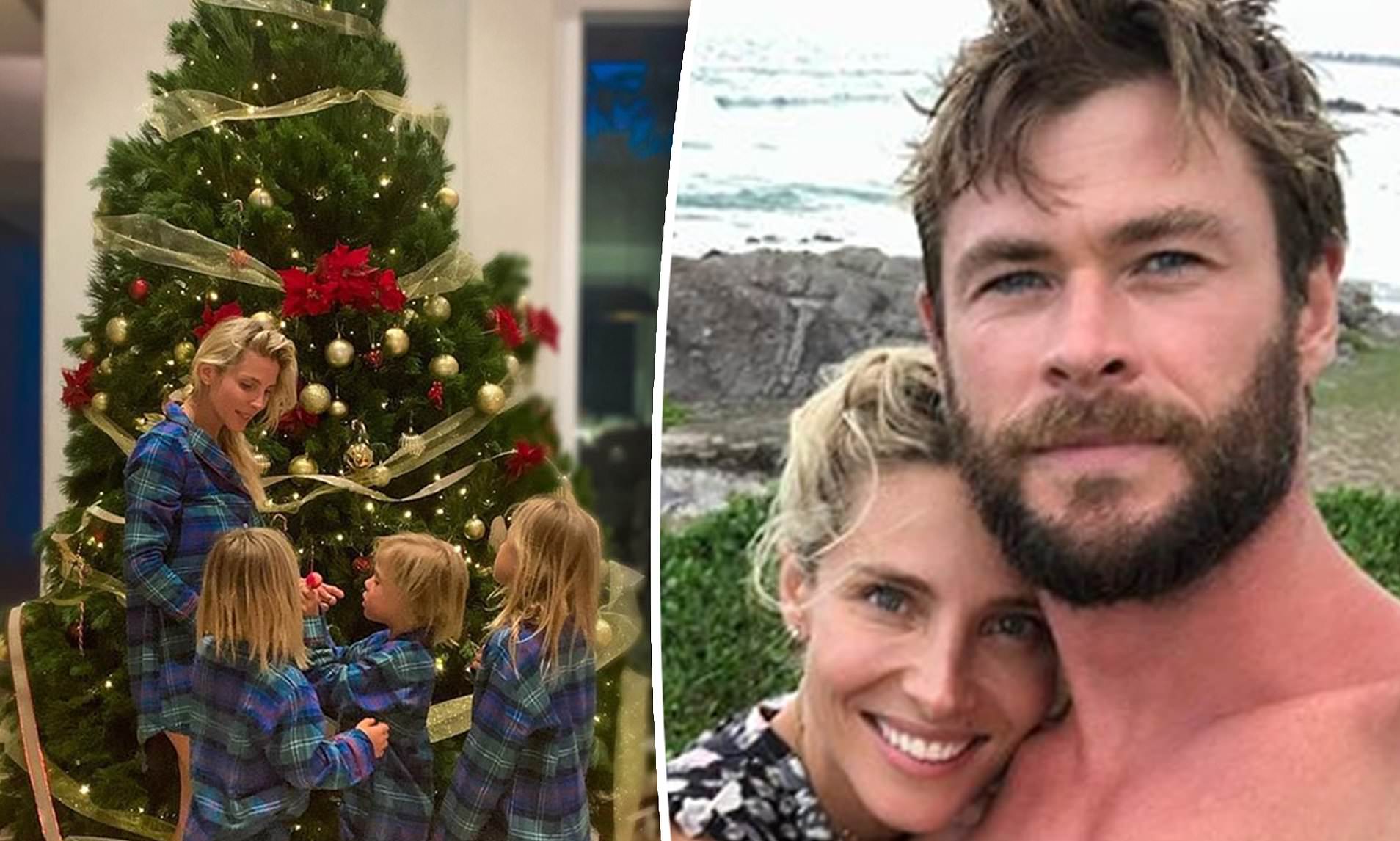 As a result of this testing, Chris came forward and announced that after learning this news, he plans to put a pause on his acting after wrapping up his press tour for “Limitless”. He decided that after his press tour, he would go back home and have a good chunk of time off and simplify things. He expressed his desire to be with his friends and family.

Chris Hemsworth has already wrapped up production on his upcoming movies like “Extraction 2” and Furiosa (which is a prequel to “Mad Max”). Well, the actor is now taking things easy and spending all of his time with his family. We wish him great health and a lot of luck.