Apple TV+ has released the first trailer of the upcoming Cha Cha Real Smooth, the best film to come out of the Sundance Film Festival and Dakota Johnson looks charming in it. 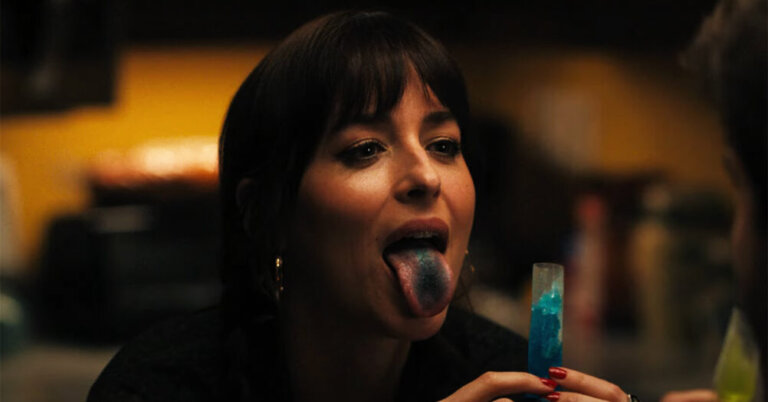 Apple TV acquired a crowd-pleasing indie film in 2021 at the Sundance with “Coda,” which was released by them in the summer and was able to earn an Oscar nomination and won the trophy for Best Picture. This lastest buzzy acquisition of “Cha Cha Smooth” looks like the tech giant aims to repeat that cycle.

Are you ready to get this party started?

As we can gauge from the response received at the festival and the summer release date for “Cha Cha Real Smooth” history might repeat itself for Apple TV+.

The film was quite a hit at the Sundance Film festival and managed to delight the critics and win the Audience Award. As per rumours soon after it reached the acclaimed praises, the film was acquired by Apple in a deal with an anticipated tag of $15 Million.

Cha Cha Real Smooth is a classic indie film which shows a 22 year Andrew who is played by Raiff, moves back with his family after graduating from university, begrudgingly taking a job “hyping up” 13-year old Bar and Bat Mitzvah guests, it includes teaching them Cha Cha Slide.

Fell hard for Cha Cha Real Smooth. There’s something here for everyone in this exploration of early 20s when you’re desperate for life to take any sort of shape. Impossible to resist Cooper Raiff’s charismatic and wholesome Andrew. Had me beaming throughout #Sundance pic.twitter.com/7U7dssPzzn

Dakota Johson plays the role of the local mother Domino alongside Venessa Burghardt who is playing the role of Domino’s autistic daughter. The story narrates how they form a bond with this 22 lost something and Andrew falls in love with the engaged Domino.

The three-minute-long trailer showcases pitch-perfect instances from Leslie Mann as Andrew’s mother and Everybody Loves Raymond’s Brad Garret who plays the role of Andrew’s stepfather.

What stands out in the trailer is Dakota’s performance. “Giving your heart to somebody is the most perplexing thing,” she breaks into tears in the trailer. In addition to portraying the character of Domino also signed up to produce Cha Cha through her production company TeaTime Pictures.

The trailer for Cha Cha Real Smooth is—definitely something. Also, is there a stipulation in Dakota Johnson’s contract that she has to have smeared mascara in EVERY movie? pic.twitter.com/ZhVuyZGy6K

“We worked really closely developing the script, and we really jumped at the opportunity to make the women in this story very real, and to allow Domino to be quite complicated and do not have to explain herself,” Dakota explained during the promotion of the film.

“And it was like a real gift, I think. Meeting Cooper was just wonderful, we want to make all his movies… Cooper’s incredibly talented. The story’s really special, it’s timely, it’s inclusive.”

“Cha Cha Real Smooth” has been directed and written by wunderkind filmmaker Raiff, which will mark his second effort behind the cameras since the 2020  “Shithouse.” It was this film which impressed Dakota to be onboard as a producer of “Cha Cha Real Smooth.”

Few movies perfectly capture life after college as authentically and sweetly as this does.

Truly one of the best & most heartwarming movies of the entire year. I can’t wait to fall in love with it all over again.

Dakota Johnson and Cooper Raiff are a match made in Heaven https://t.co/LWAa9dLSUI

The writer Raiff also described how Andrew’s character is relatable-“My 20s are very much like Andrew’s own 20s,” he said. “It’s the time when you have to start your own parties, so I wanted to write a character who is not good at that. He’s great at setting up other people’s parties. And I relate to that.”

The release of Cha Cha Real Smooth is scheduled for the 17th of June on Apple TV+ alongside select theatres.