Cardi B and Madonna are embroiled in an internet drama. Yesterday, Madonna shared a story on her Instagram stating that the release of her controversial book ‘S.E.X.’ 30 years ago paved the way for artists like Miley Cyrus, Kim Kardashian and Cardi B.

The rapper has now hit back at the singer, saying that Madonna is ‘getting slick out the mouth’ and should have used a better tone to put her point across. Continue reading to know more about the controversy. 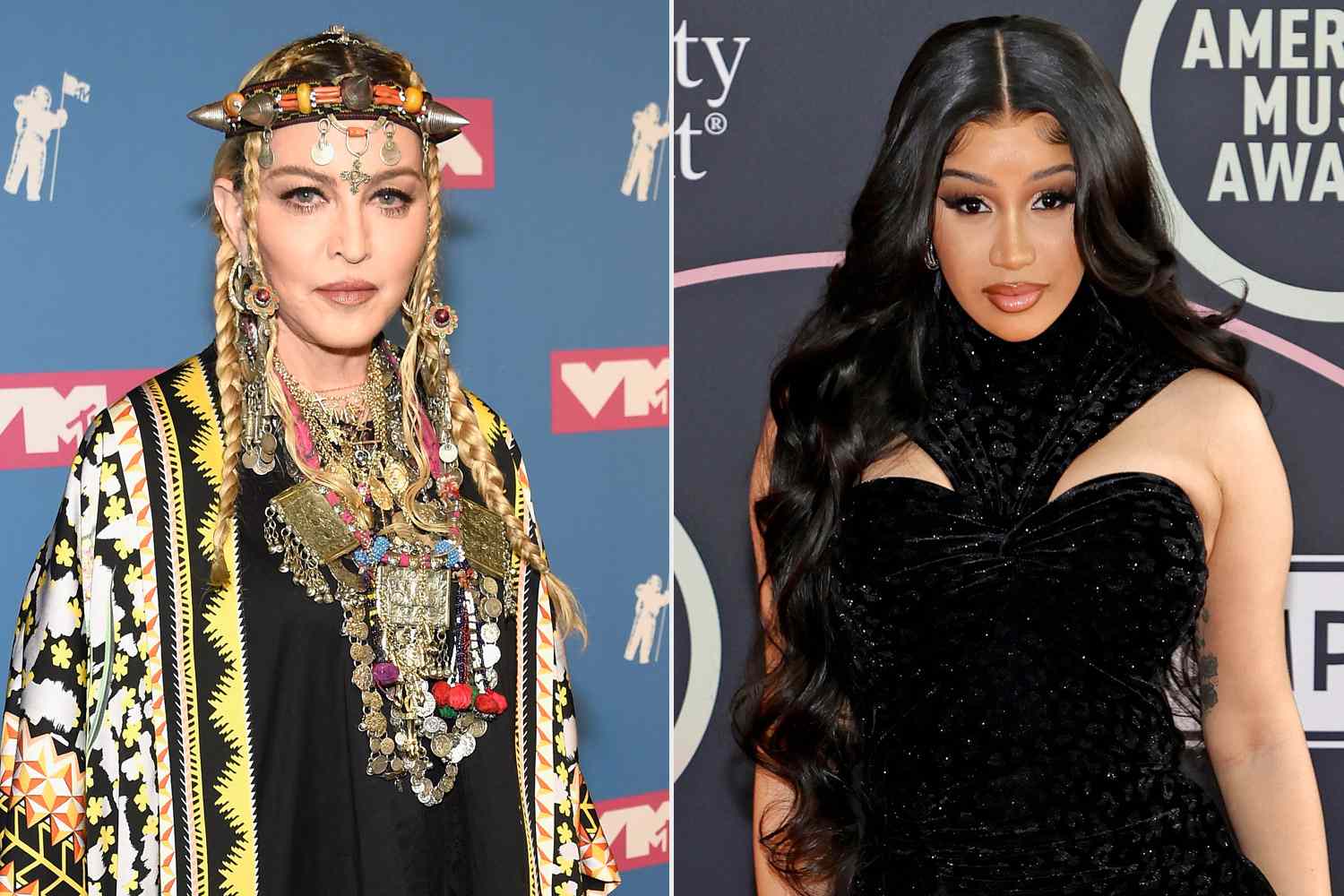 Madonna Claimed She Paved the Way for Cardi B

Madonna was talking about how her book, which was released with her album Erotica in October 1992, sparked controversy at the time. On October 22, Madonna posted on her Instagram story, “30 years ago I published a book called S.E.X.”

“In addition to photos of me naked there were photos of Men kissing Men, Woman kissing Woman and Me kissing everyone. I also wrote about my sexual fantasies and shared my point of view about sexuality in an ironic way.” 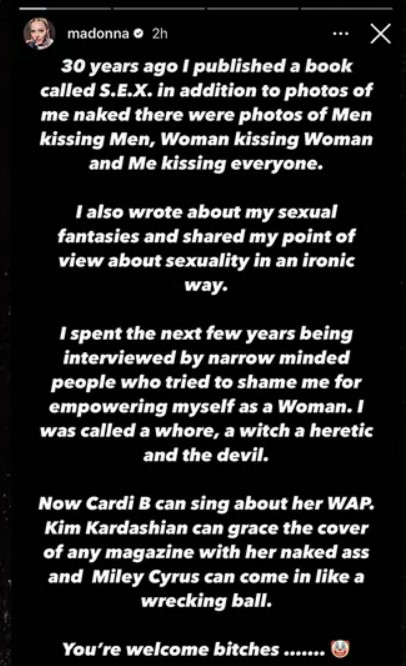 “I spent the next few years being interviewed by narrow minded people who tried to shame me for empowering myself as a Woman. I was called a whore, a witch, a heretic, and the devil,” wrote Madonna.

She then mentioned Cardi B’s steamy song WAP and wrote, “Now Cardi B can sing about her WAP. Kim Kardashian can grace the cover of any magazine with her naked ass and Miley Cyrus can come in like a wrecking ball. You’re welcome b*tches,” followed by a clown emoji.

Cardi B Slams Madonna for her Remarks

Cardi B then lashed out at the singer on Twitter and wrote, “I literally payed this woman homage so many times cause I grew up listening to her …she can make her point without putting clown emojis and getting slick out the mouth ..These icons really become disappointments once u make it in the industry that’s why I keep to myself.” 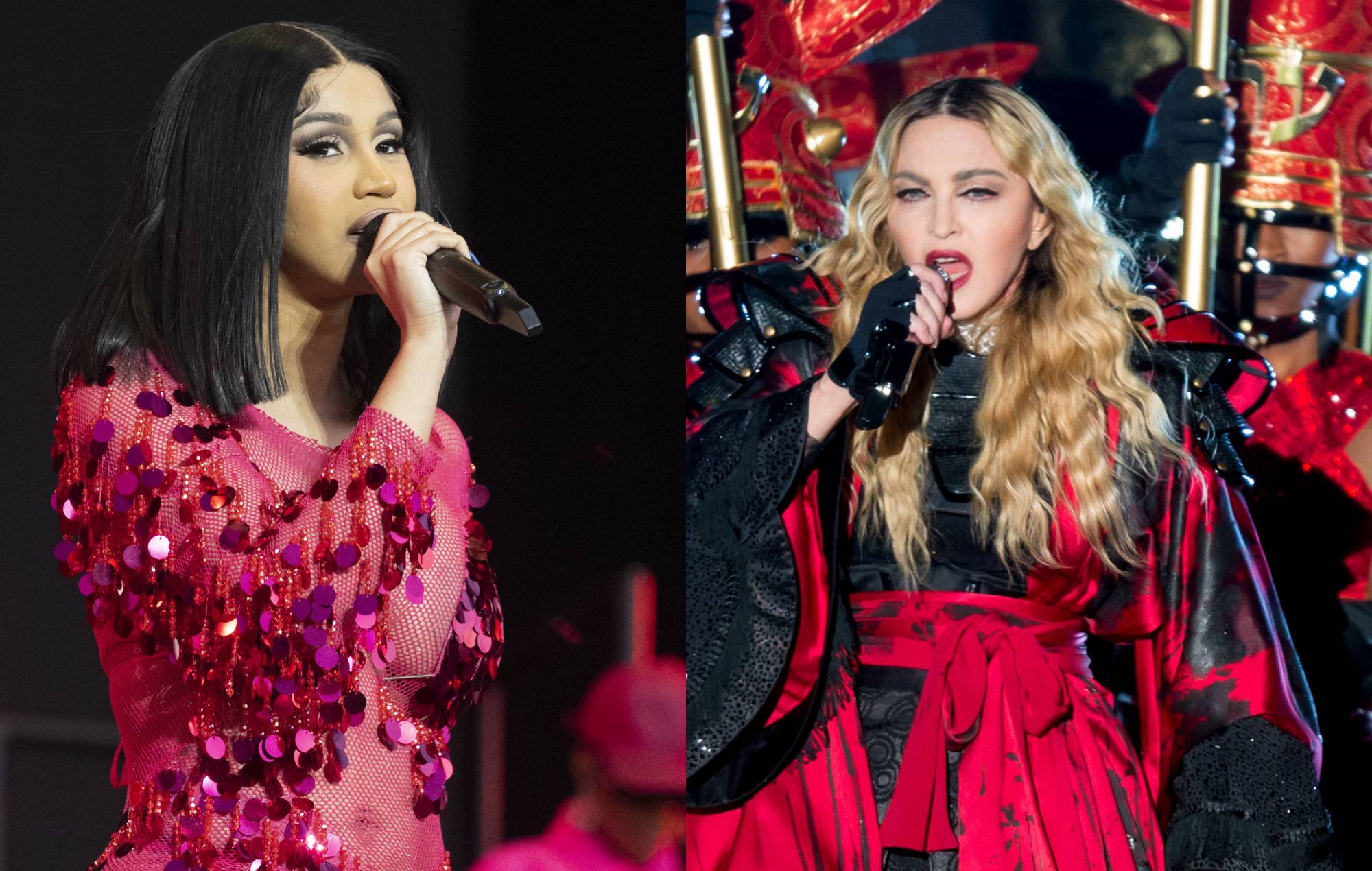 She also posted a screenshot of an article from 2018 in which she was seen talking highly of Madonna. “I grew up with my mom listening to Madonna for hours. I performed ‘Material Girl’ freshman year in High school, listen to her on all my photo shoots to have super confidence and always mentioned her in my interviews,” Cardi B had said in the article.

The Rapper Says She did not like Madonna’s Tone

Cardi B then followed up with some more tweets and revealed that she was infuriated with the tone used by Madonna since she called her a ‘b*tch’ and used the clown emoji. “EXACTLY SAY WAT YOU WANT TO SAY BUT DONT INSULT ME THE F*** …nobody gonna lil girl me (specially a white woman),” she tweeted. 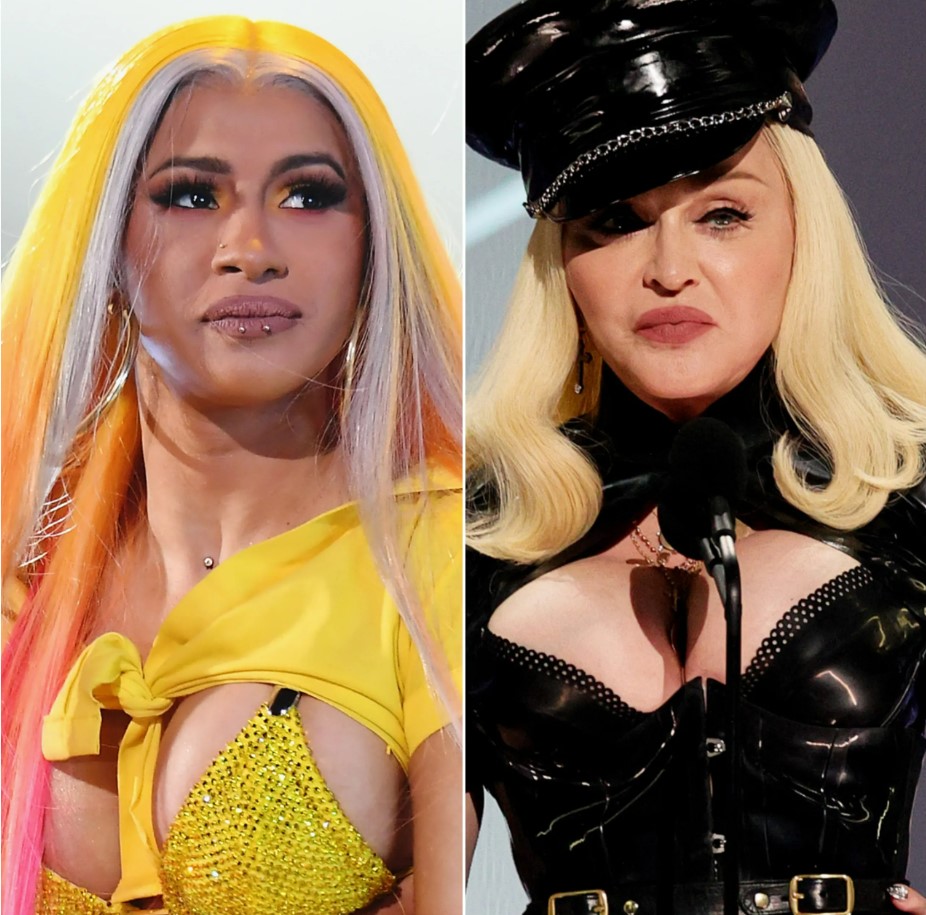 “I know exactly what she said and I understand but it’s about THE TONE …Calling me b*tches and putting clown emojis ? The f***!,” another one of her tweets read. When Madonna’s fans replied that Cardi B misinterpreted Madonna’s thoughts, she replied, “Y’all are ridiculous…I don’t give a f*** who it is nobody is going to disrespect me specially unprovoked are you dumb?”

Madonna has not yet responded to Cardi B’s comments. Stay tuned for more news and updates.