While Bruce Willis and Demi Moore ended their marriage more than two decades ago, the two Hollywood couples have maintained a close relationship even after a long time. There was a time in the mid to late 1980s when Demi and Bruce were married. They had become one of the most influential Hollywood couples during that time.

The exes may have experienced ups and downs during their romantic relationship, but the couple’s children are impressed by the fact that they can maintain a tight-knit family despite the split. 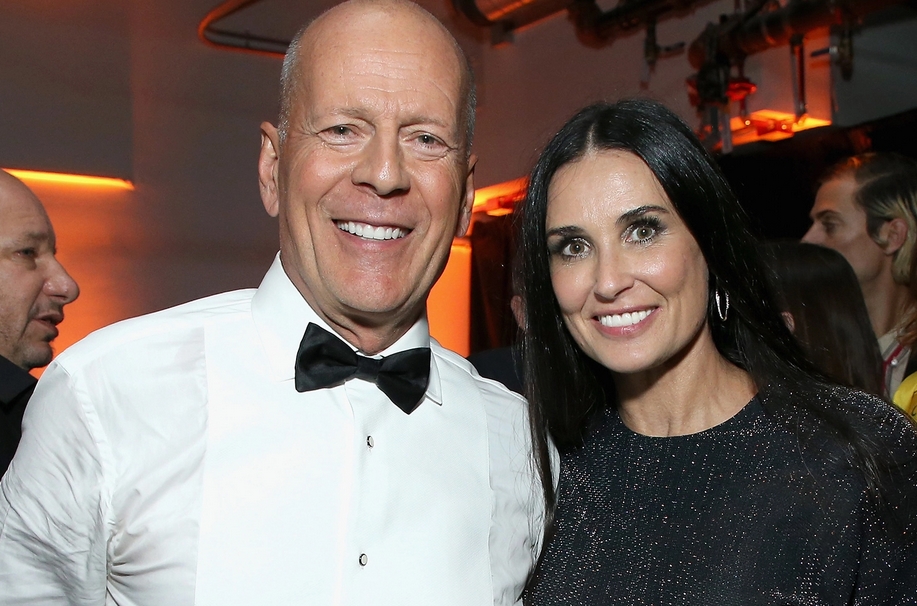 Even though both of them were married to other people in the past, they are still very close friends. In many instances, they can be seen spending time with each other as if they were a family, taking advantage of the benefits of being together. As a way to illustrate where their relationship has been so far, here is a timeline.

It Was In July 1987 That The Couple First Met

During a movie premiere in Los Angeles, Demi and Bruce began a long-distance romance that is still going strong today. 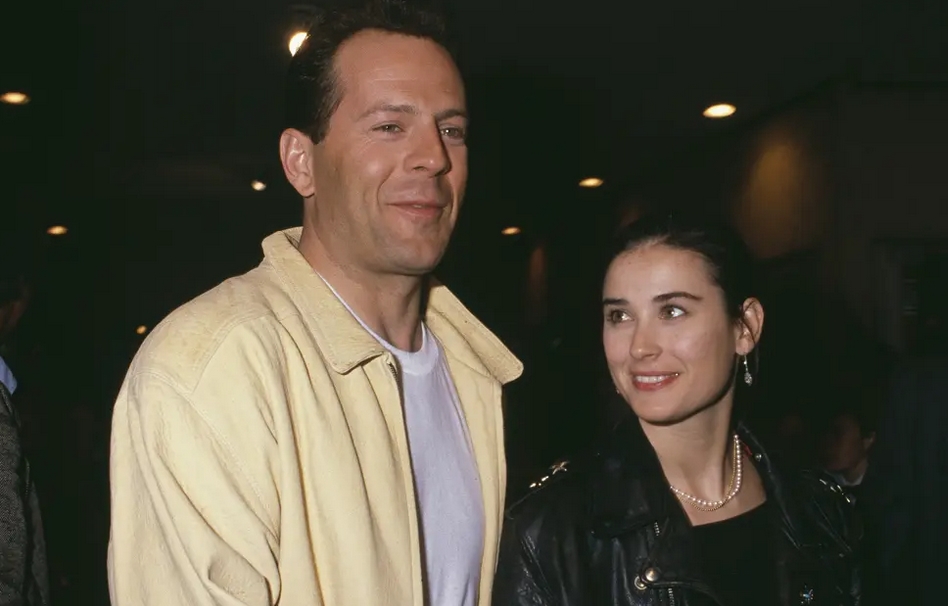 On that day, she was attending a movie première of the film Stakeout at the theater in the company of her then-fiance, actor Emilio Estevez, while they were out with friends. During their first meeting, it was during this meeting that they could get to know each other in person. Shortly, she began dating Bruce after the breakup with Emilio and the end of their relationship.

Bruce decided to ask Demi for a romantic getaway to Las Vegas after just a year of meeting. He asked Demi to be his wife there, even though they had only met less than a year previously. 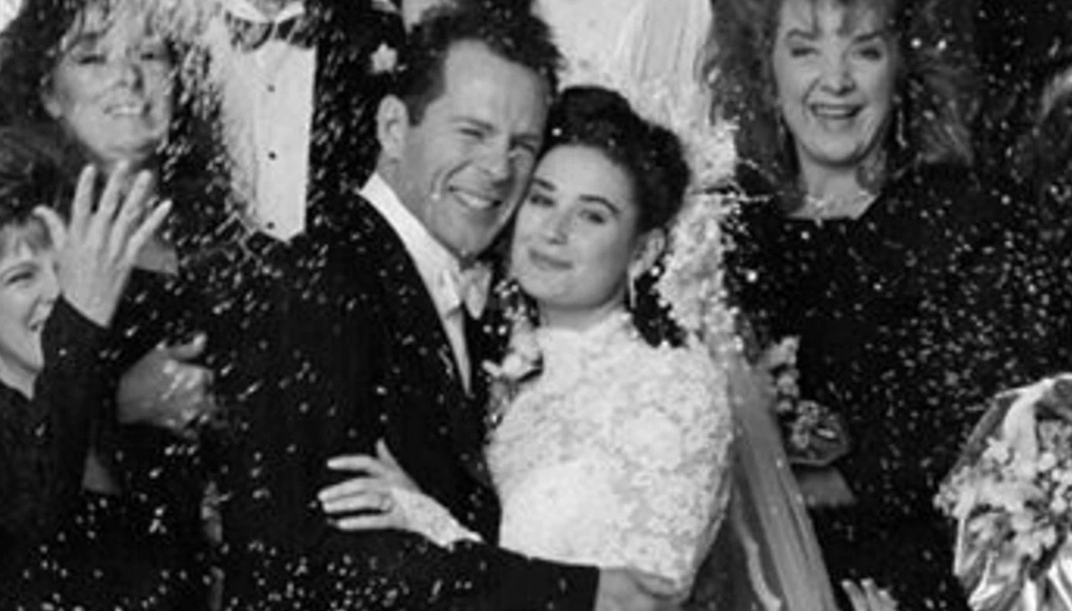 As a result, there were only a few guests who attended the wedding ceremony, which took place in the couple’s hotel suite at the Golden Nugget resort. She wrote in the autobiography she published in 2019 that she and Bruce were moving from the gambling tables to the side table when Bruce said, “I think we should get married. We had jokingly been talking about it on the flight there, but suddenly it seemed he wasn’t kidding around.”

The marriage took place a month later, in front of all their famous friends, as an example of how Hollywood weddings are usually conducted. While Bruce is getting married for the first time, Demi was married for five years to singer Freddie Moore before they split up in 1985.

In August 1988, Demi was reported to have become pregnant on the night of her wedding. As a result, Rumer was born on August 12, 1988, more than a year after her marriage. Later, the couple was blessed with another pair of daughters that came into the world: Scout and Tallulah, born in 1991 and 1994, respectively. 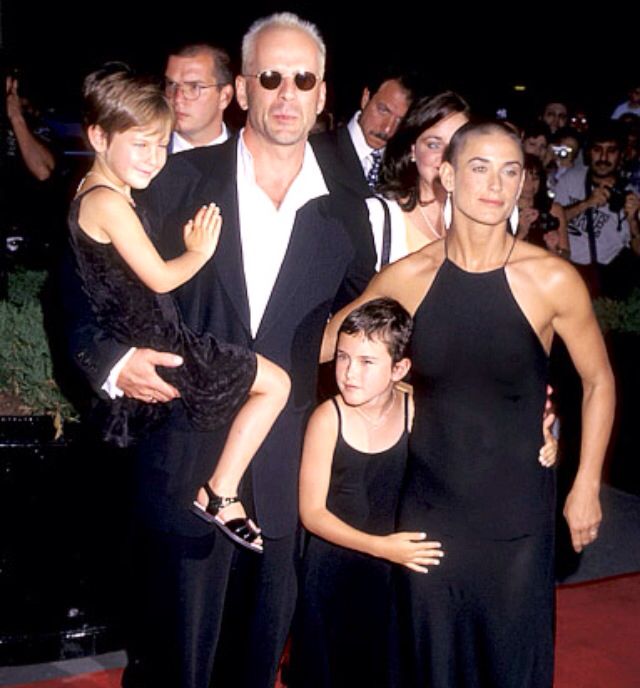 Aside from being an actress, Rumer has also appeared in films such as Hostage and Once Upon a Time in Hollywood. She has also appeared in the TV shows 90210 and Empire. It should also be noted that she previously competed on the 20th season of Dancing with the Stars and acted on Broadway. In addition to being an actress, Tallulah additionally performs as a singer. Scout also works in the field of acting as an actor.

The Couple Decided To Part Ways In The Year 1998 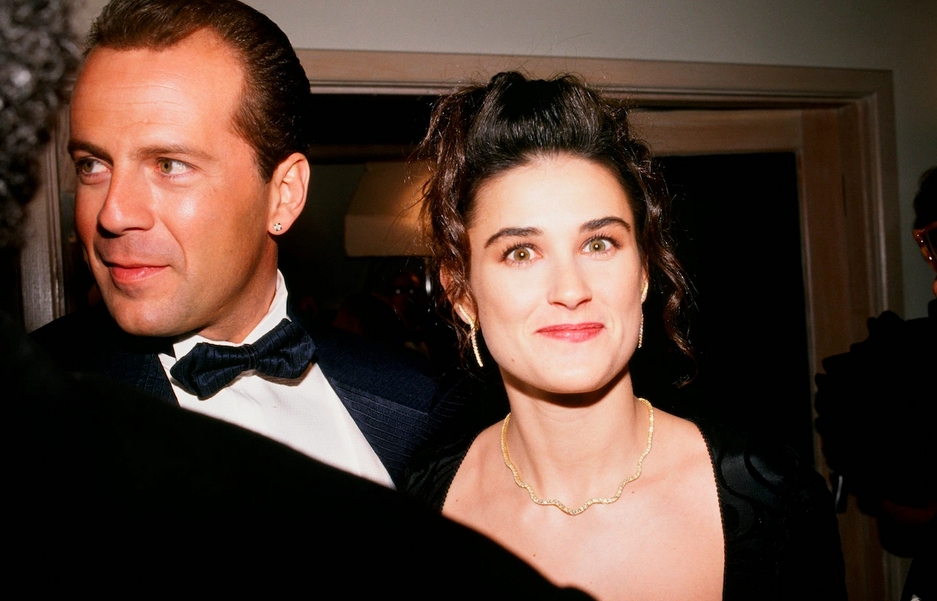 As reported by the media, they had been separated for months because of the busy schedules of their film projects. Finally, in 2000, the divorce between the couple was finalized. However, both managed to maintain meaningful friendships during their divorce process, despite co-parenting simultaneously.

Demi Remarried In 2005 After Her Divorce From Bruce

A private ceremony occurred at the couple’s home in 2005 after Demi and Ashton Kutcher had dated for two years and lived together for five years. Bruce attended the wedding as a guest of honor. As a result, their marriage ended in divorce after many years of marriage. 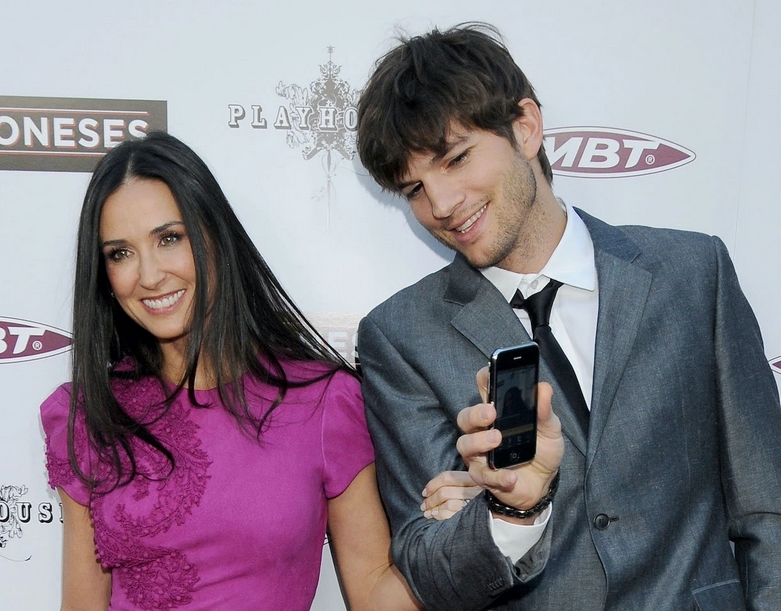 He then married Mila Kunis, the girl he loved as a child and his childhood co-star in the movie Groundhog Day, and the couple currently have two children.

During The Year 2009, Bruce Remarried

He tied the knot with his model girlfriend, Emma Heming, 23 years younger than him, through a private ceremony held on the island of Turks and Caicos in March 2009. This was a private ceremony that both of them attended. Having gotten to know each other through friends, the couple spent one-year dating before they got married, during which time they fell in love. 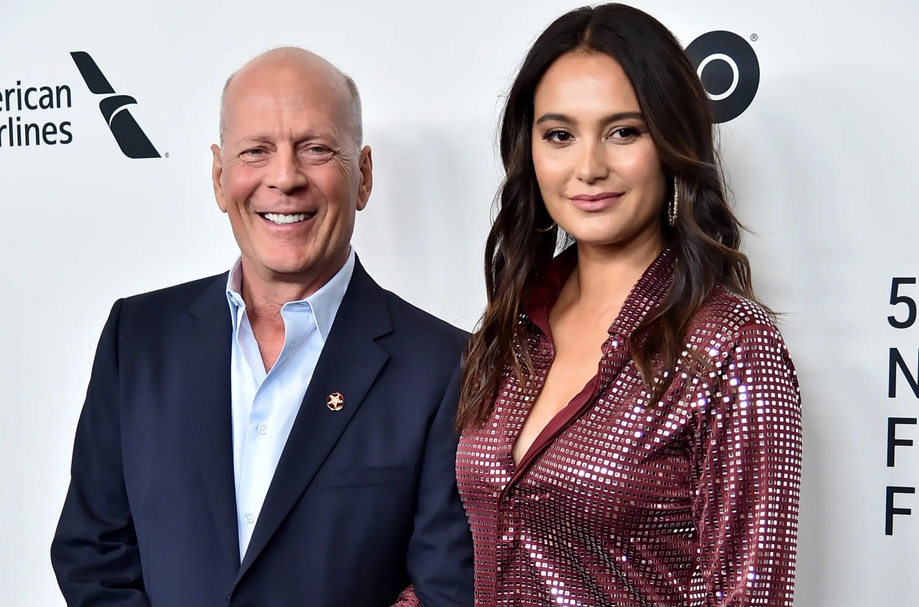 It is known that Demi and her then-husband Ashton attended the wedding as guests. The couple reaffirmed their commitment to each other in 2019, saying they could not do it without Demi’s presence.

As a result of the global Coronavirus outbreak, many people were shocked to discover that the former couple spent four weeks in quarantine following the attack. In April 2020, Tallulah, the couple’s daughter, published a picture on her Instagram account showing her sister and her parents wearing matching pajamas. 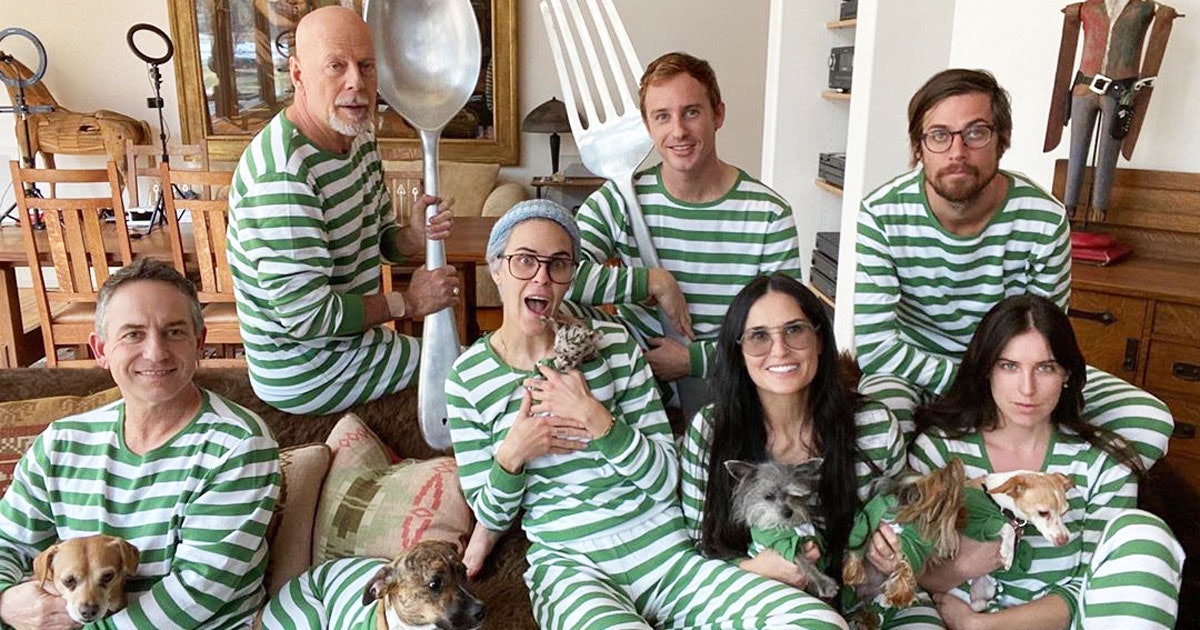 There have recently been many attractive photographs taken of the modern family in a similar cute and friendly manner. Demi and Bruce celebrated each other’s birthdays in 2021 and 2022. Demi sent out updates with pictures of them spending time the two of them had together at their homes in those years.

During Her Ex-Husband’s Retirement, Moore Was There To Support Him 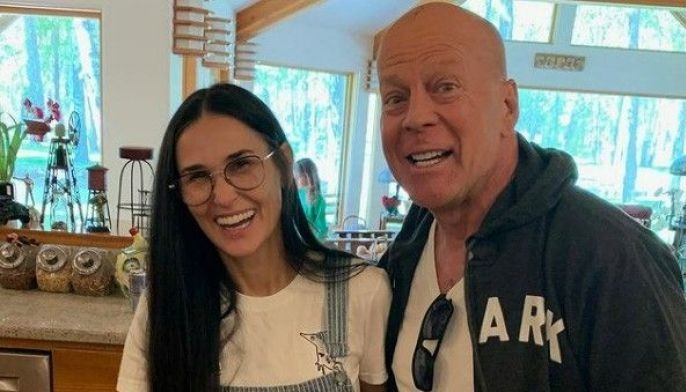 The statement read, in part, “This is a challenging time for our family, and we are so appreciative of your continued love, compassion, and support. We are moving through this as a strong family unit. We wanted to bring his fans in because we know how much he means to you, as you do to him. As Bruce always says, ‘Live it up,’ and we plan to do just that together.”

With the utmost joy, Moore received a sweet message from her ex-husband and his wife when she marked her milestone 60th birthday in November 2022. “Happy Birthday @demimoore,” Heming wrote in the caption of her Instagram story. “We love you inside and out.” 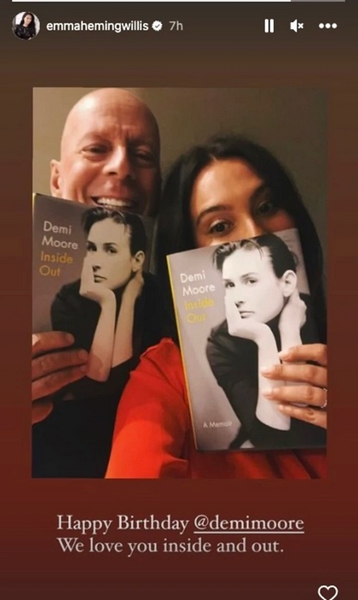 As we all know, taking care of your relationship after it gets broken can be very challenging for a couple. But Bruce and Moore have managed to maintain their relationship so peacefully that they inspire us all. So how do you feel about their bonded family? What are your thoughts on it? We would love to hear what you have to say.