Eida and Code suddenly pop up in Konoha? Boruto Chapter 69 is gonna be amazing, check out how you can catch up. 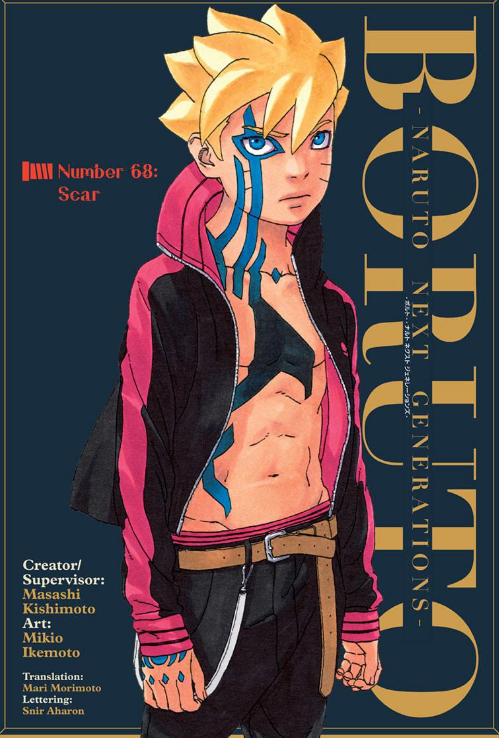 Boruto Chapter 69 Release Date, How to Catch Up

If you would like to catch up on the recent chapters of Boruto: Naruto Next Generations read this whole article and then hop on to the official Viz Media website to read the latest chapter on April 20, 2022.

In this chapter, we see the aftermath of the battle between Code and Kawaki and the consequences that Kawaki has to suffer from for his actions in the battle.

If you don’t recall, two chapters ago Kawaki had stabbed Boruto in the heart in front of Naruto and Shikamaru to not let Momoshiki Ohtsutsuki reincarnate in the body of Boruto.

Too much info? That’s just the recap of another chapter, hold your horses now we have more to cover. We start the chapter with the reveal of the secret of Boruto’s revival. 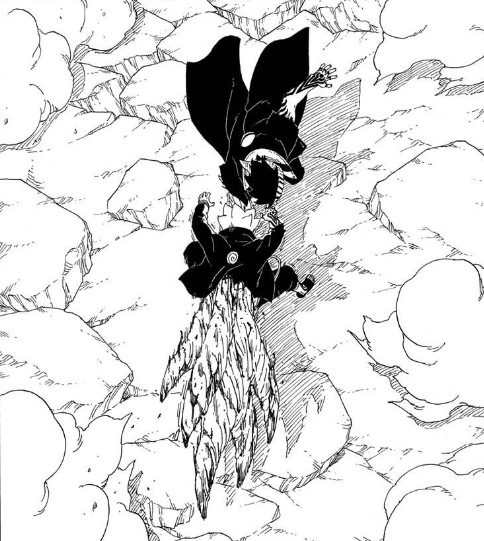 Everyone is practically shocked but they notice that there is a clear silver lining to all of this, Momoshiki can never return, this means that the threat of an Ohtsutsuki has finally ended, except the case of Code.

The other thing that is focused in this scene very much is the confidence that Boruto shows when he is asked to continue the medicines from Amado. He makes it very clear that he will not be continuing the same meds but will be able to control his powers.

Eida and Daemon Get Serious

Then we move on Kawaki, laying on a bed because of draining all of his chakra reserves. Here, Shikamaru and Naruto are discussing the after-effects of the battle and the situation that is remaining, Code.

As Shikamaru is leaving the place Sasuke arrives from his search for Code’s hideout and certifies that he has learned the location of the place.

After the reveal of the location to Shikamaru, we head on to the hideout itself where Code and Eida are also talking about the fight.

Eida confirms that Boruto is still alive and well. She also makes it quite a big point that what Code did in the last battle was too far. Attempting to kill Kawaki and including Daemon without his or Eida’s permission was way too far for her. 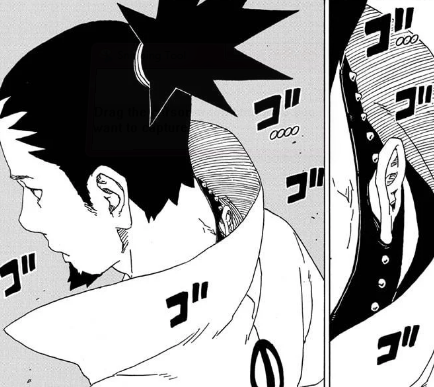 She mentions that she and Daemon wouldn’t hesitate to kill Code if he repeated his actions from the last fight. Also, she reinstates that she is only helping him because he will bring Kawaki to her, and in turn, she is ready to help him acquire Boruto. After this, she asks him about his plan to have his limiters removed.

This leads us to Konoha where Shikamaru questions Amado about Kawaki’s Karma but as soon as the conversation was going to reveal something, Code pops up from Shikamaru’s back.

Then Code makes quick work of Shikamaru while he takes ahold of Amado. As Code is about to get his limiters off, Shikamaru reveals that he knew about the mark and had prepared contingencies for this situation, classic Shikamaru. 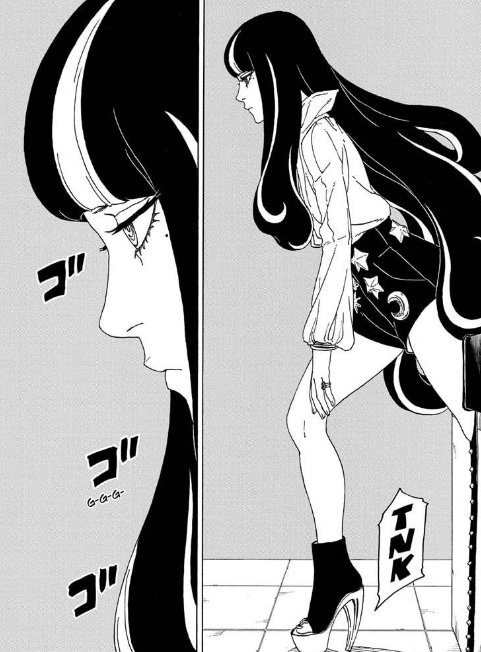 A new Delta pops up from the pod that brought Kawaki to Konoha, who is sworn to protect Konoha and attacks Code directly. While Code is being punched into the corner, the last reveal of the chapter comes in when Eida pops into the scene leaving everyone out of gasp.

For more information about Boruto chapter 69 or other anime or manga news, check out The Teal Mango.