Blue Exorcist Season 3: Is it Renewed or Cancelled?

When Blue Exorcist first aired, it was a huge success with viewers.

The action anime series centers on writer Kazue Kato’s manga and follows adolescent Rin Okumura with his twin sibling Yukio, who were both nurtured by their adoptive exorcist father.

It comes out that the twins are the true Satan’s offspring. Armed with his demon-slaying sword, Rin should now battle demon forces intent on reviving his wicked father.

In 2011, the very first anime season aired. Following that, the series developed a film and a season 2 known as the “Kyoto Saga.”

Netflix is now airing both seasons of the anime series. Because Blue Exorcist is such a cult classic, viewers have been wondering whether Rin would have any more demon-slaying exploits in a hypothetical third season.

Although no official announcement on a new season has been released, Rin still has unresolved issues with his father, Satan, and his followers.

Will Blue Exorcist Renew For Season 3?

Patience is the key, but it really is a characteristic that Blue Exorcist enthusiasts share.

Between the first and second seasons of Blue Exorcist, there was a considerable gap.

After the first season, viewers had to wait five years for the second season of “Kyoto Saga,” which premiered in 2017.

There’s a glimmer of hope for a third season due to the huge gap between the previous two.

Another factor that might lead to the third season is the manga’s sales.

By the year 2016, the manga had sold over 15 million copies, as per Crunchyroll.

And, as this Anime News Network story points out, the Blue Exorcist anime series increased manga and paperback sales greatly when it initially aired.

A new season might provide the manga, which is currently running, a similar surge in sales.

Speaking of manga, the anime show has more than enough storylines to draw from for the upcoming season.

The show has already followed the important manga plot elements in the first volumes.

As a result, season 3 will most likely begin with manga volumes 10 and 11.

A sequel to the “Kyoto Saga” starts here, detailing Rin’s war against Lucifer, the King of Light with his Illuminati organization.

However, no information concerning the third season has yet been released. As a result, we may anticipate the latest season to start by looking at how the last one ended.

Furthermore, there is no deadline. As a result, we should expect a statement for the third component later this year. The debut date for season 3 is expected to be somewhere in January 2023. Unless Ao no Exorcist Season 3 is slated for April 2022 if it follows the same schedule as the previous two seasons.

Who Will Be The Cast In Blue Exorcist Season 3?

What Will Be The Plot Of Blue Exorcist Season 3?

Season 3 is expected to have Rin and his companions confronting the Illuminati, as well as the development of Gehenna Gate, according to rumors. 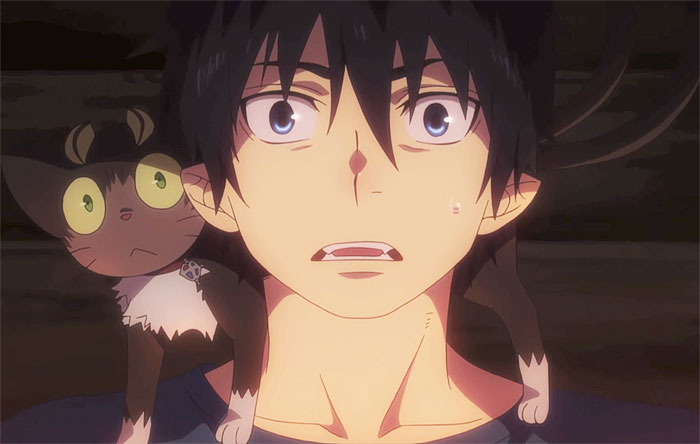 However, we cannot depend exclusively on predictions since the program’s requirements may change, and the creators may add new concepts to the show.

For all of this, we’ll have to wait till season 3 to see what happens. Keep an eye on this area until then since we may get updated at any moment.

Let’s cross our fingers and hope for positive news on the renewal status!