As she struck a pose at the Golden Globes, British actress Letitia Wright wore a striking ivory ombre-print orange Prada dress with an ombre pattern.

In Wright’s style, he has always favored a paired-back approach and a preference for considered elements over excess, and the night is certainly no exception. 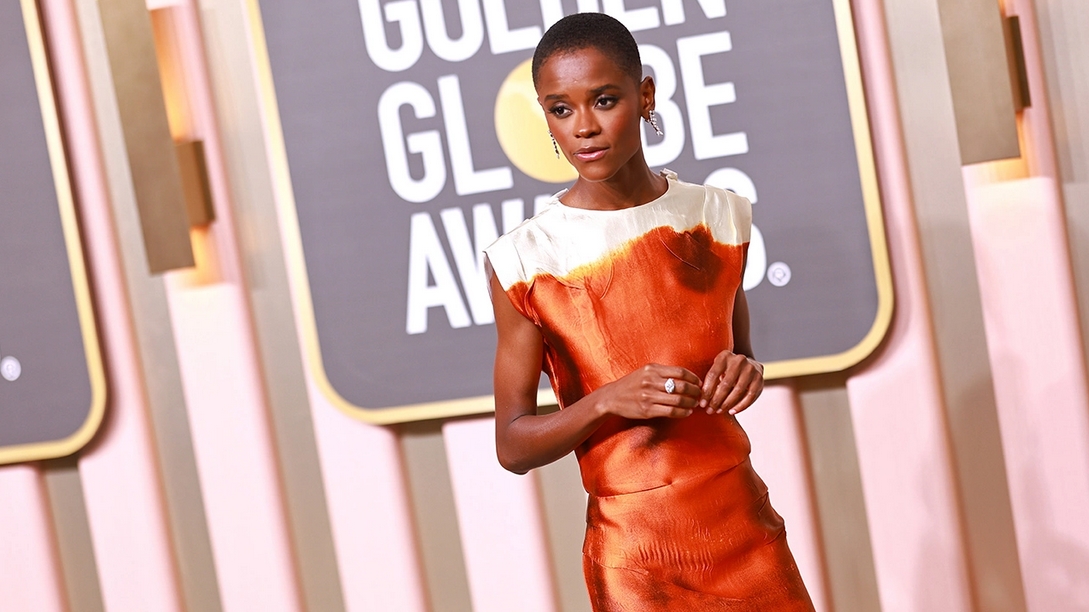 In This Ensemble, She Wore A Sleeveless Silk Number With A Cream Color

On the red carpet of the 2023 Golden Globes, Letitia Wright gleamed in ombré hues. The “Black Panther” star walked the red carpet dressed in a sharp two-toned gown while arriving at The Beverly Hilton in Beverly Hills for a red-carpet event. 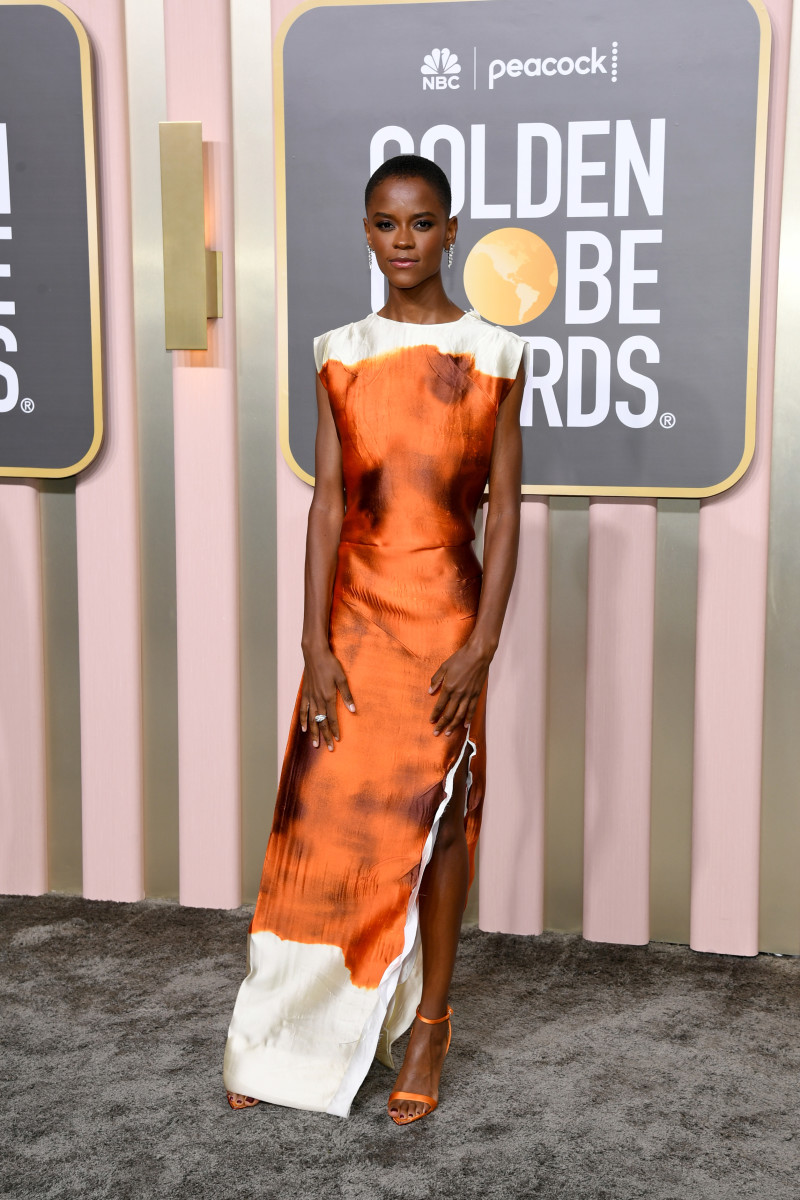 An oblique orange paneling can be found along the front of her sleeveless silk ensemble, paired with a sleeveless silhouette in cream silk. As a final touch, she completed her ensemble with triple-layered diamond post earrings and a cocktail ring that added an elegant touch to the look.

A pair of bright orange heeled sandals were the footwear Wright opted for to complete her look when it came to footwear. Featuring slim ankle and toe straps, as well as triangular pointed soles, her satin boots were adorned with thin ankle and toe straps. Due to the pair’s traditional shape, the heels of the complementary set are likely stiletto-shaped, even though they could not be seen. 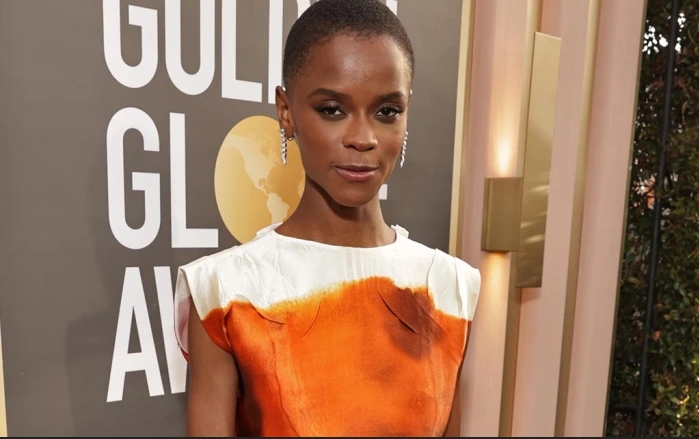 Variety reported on Wright’s decision to take over Chadwick Boseman’s hero’s mantle after taking over the cover from the late actor. She said, “It was something that, again, it was a bittersweet experience. I was really excited but really sad at the same time because my brother wasn’t here. It was a new challenge for me, but one that I tried to keep under wraps as much as I could, and I tried my best, and it came out. I’m the Black Panther.”

In Making Her Way Into The Event, Wright Hinted At A Third Black Panther Movie

At the Official Digital Pre-Show at the Golden Globes 2023, Letitia Wright, one of the stars of ‘Black Panther: Wakanda Forever,’ had the opportunity to discuss what’s coming next for the franchise during the much-anticipated third chapter of the ‘Black Panther’ saga. The actress has revealed that a sequel to the film might already be in the works. 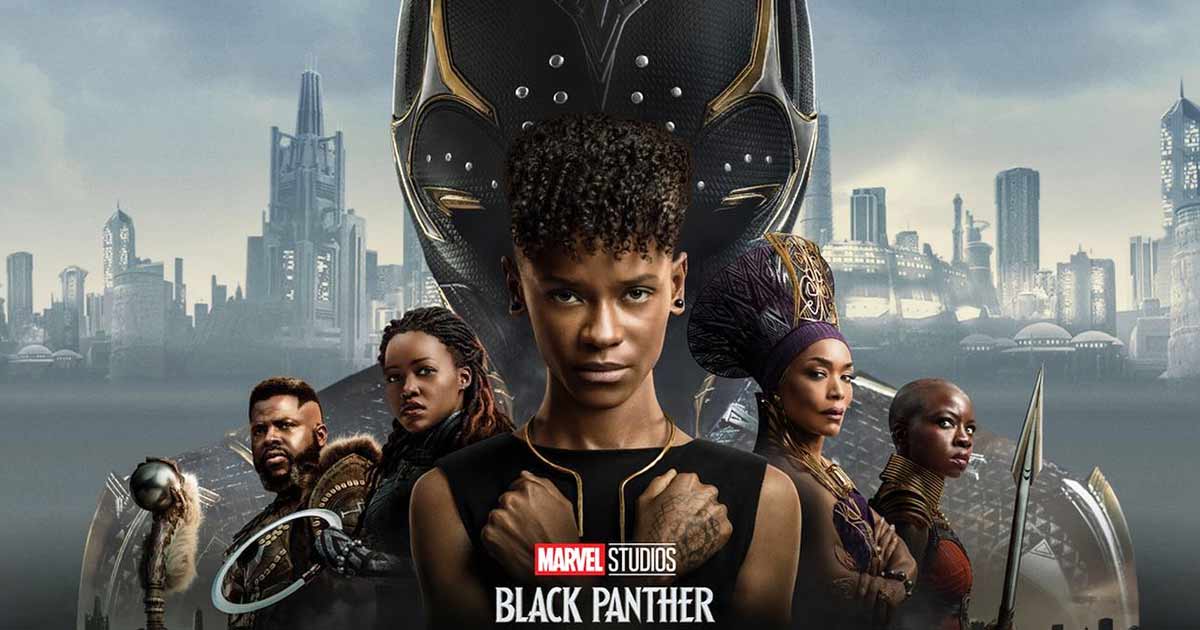 The Variety chief correspondent Elizabeth Wagmeister drew Wright’s attention when she inquired, “When are we going to get ‘Black Panther 3’ greenlit?” In response, Wright replied, “I think it’s already in the works. We just had a terrific two years of bringing it out and everybody coming together to support it. We need a little bit of a break, we need to regroup and director Ryan Coogler needs to get back into the lab, so it’s going to take a little while, but we’re really excited for you guys to see that.”

After Wright was pushed for more information about the project, she replied, “I always try to do positive words and positive thinking, and I believe that good words manifest, so I’m manifesting a ‘Black Panther 3’ why not?”

Who Is Letitia Wright?

For the latter, she was nominated for the Primetime Emmy Award for Outstanding Supporting Actress in a Limited Series or Movie. As a result of her role in the award-winning film Urban Hymn (2015), Wright was named a Breakthrough Brit among the 2015 BAFTA Breakthrough Brits by the British Academy of Film and Television Arts. 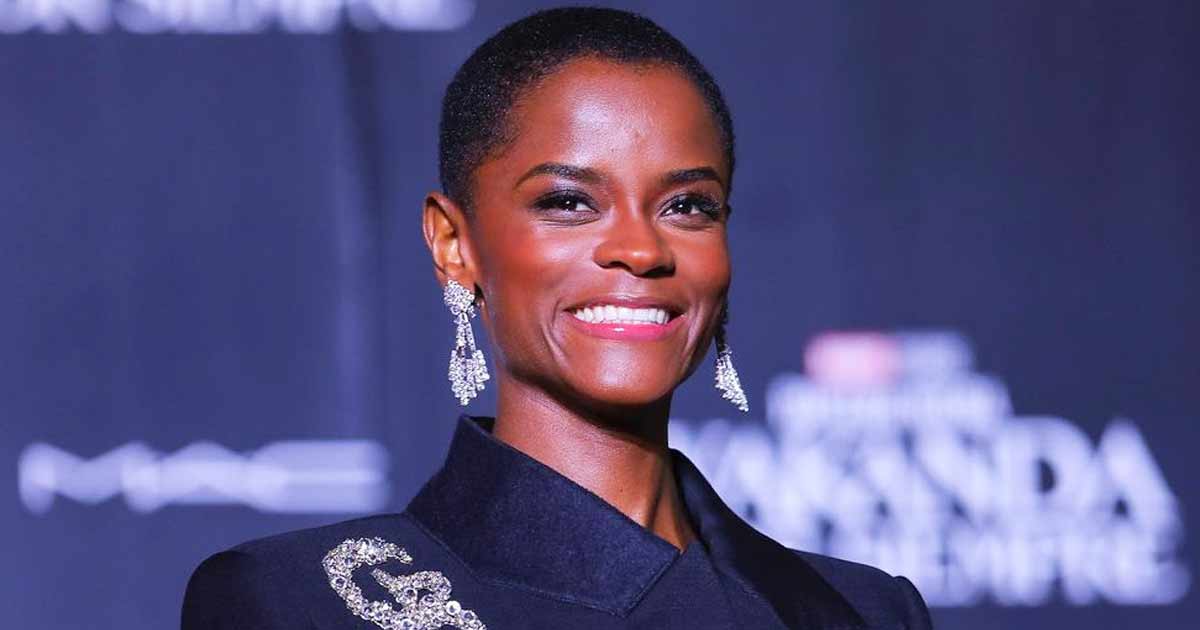 As part of Marvel Cinematic Universe she gained global recognition in 2018 for her performance as Shuri in the film Black Panther, part of the Marvel Cinematic Universe. In addition to Avengers: Infinity War (2018), Avengers: Endgame (2019), and Black Panther: Wakanda Forever (2022), she also reprised this role in the upcoming film. The British Academy of Film and Television Arts awarded her the BAFTA Rising Star Award in 2019.

Something so astonishing about the look that Letitia Wright wore that night caught everyone’s attention. Would you like to give your opinion on her look at this year’s Golden Globe Awards? Let us know what you think by leaving a comment below.