All of Lucifero’s attempts have finally been destroyed as Asta strikes him down one last time in Black Clover Chapter 330. 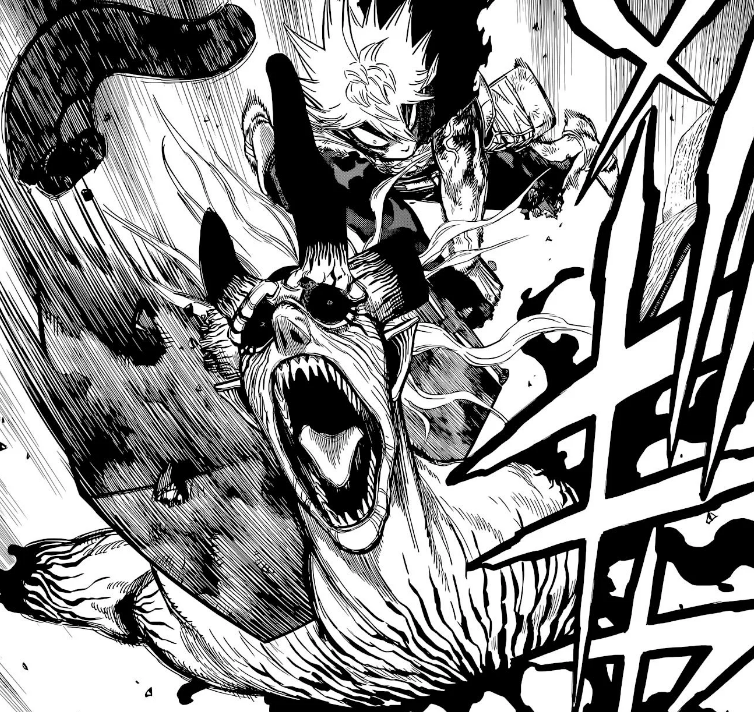 The total and final victory for the magic knights. As it seems with the help of Nacht and Yami, Asta strikes the king of devils once and for all.

You can read the climax of the battle between the kings of the devil and the magicless in Black Clover Chapter 330 on the official Viz Media site.

The next chapter concluding the events of the Spade Kingdom Arc will be coming out next week on 15 April 2022, so get ready for some heartwarming conclusions after the heavy action panels that we got in Black Clover Chapter 330.

Another Fight with Lucifero

In the last chapter, we saw the emotional journey of Asta, Liebe and Lucita in ending the reign of the Demon King, as they slash him into three pieces and stand above declaring victory for humans.

But it seems the mangaka wanted one more chapter about killing Lucifero once and for all, taking away from the story of Lucita and her sacrifice to have Liebe keep on living which came as a bummer. 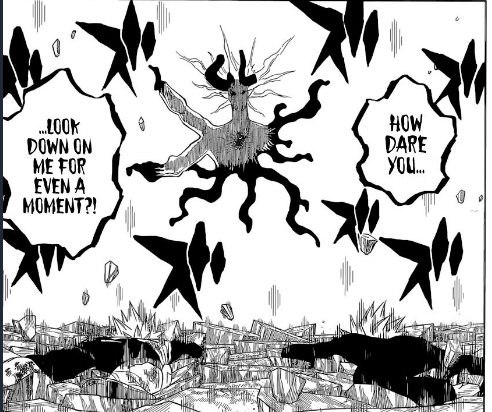 In this chapter we see Asta and Liebe walking away from the body of Lucifero, but the body without any limbs and blood pouring out of the heart gets up and uses his gravity magic.

While Asta’s negating anti-gravity makes them invincible, Lucifero is using all of his power, which makes it harder? I suppose it’s a long shot for a plot hole. But somehow Nacht and Yami get up and form another strategy.

Yami uses his dark void technique and Nacht helps Asta get in the perfect position to deliver the final blow which gets a chuckle from Lucifero’s associate who is in the corner smiling, ending the chapter.

Speculation for Next Arc

In the chapter, Lucifero mentions repeatedly about his power only being half of his original power down in the underworld. This makes me question the possibility of Lucifero returning through some other ritual.

But since we got to know the Spade kingdom ritual takes years to bring the lord of the demons to get out. In addition to that, two of the most powerful magic knights in the world, so Lucifero coming back to this plain seems out there.

The other choice that the mangaka has with forcing the magic knights to go against a full-powered Lucifero is to have a specific group go down in the underworld.

This would not only set up the final battle between Lucifero and Asta to finish the demon king once and for all. But the fight between Megicula and Noelle demands another run, as it lacked a lot of emotional value with Asta coming in the end, to save the damsel in distress.

Another fight that had substance in the Spade Kingdom arc is between Yuno and Dante, the devil. And with so many mysteries that still haven’t been answered and who can forget the ultimate aim of making Asta the Wizard King of the Clover Kingdom, the future of the series looks bright.