Benedict Cumberbatch and Sophie Hunter are perhaps the ultimate power couple who keep their relationship lowkey. As they are both actors from Hollywood, people are quite interested in how their love blossomed and more. 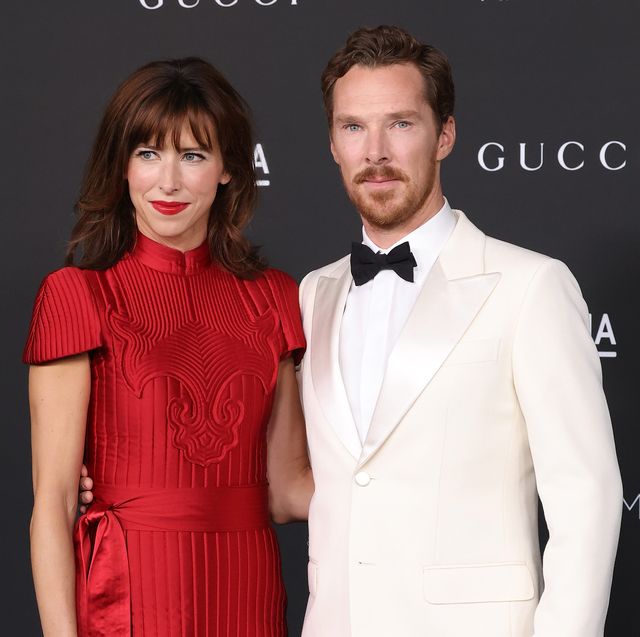 The couple has graciously provided glimpses into their world through occasional red-carpet appearances and announcement pictures of their engagement. Here is all you need to need to know about the couple!

The couple met all the way back in 2009 on the sets of Burlesque Fairytales. It was a thriller set in 1930s London. A group of theater-goers gets trapped inside The Chapel for some bizarre performances.

The two shared the screen but their romantic relationship did not start until years later.

In 2014, the couple made their first public appearance in the French Open in June 2014. They were pictured together as they looked at the Men’s Final on Day 15. Hunter wore a beautiful floral top while Cumberbatch wore a fedora.

The happy couple was spotted once again in 2014. They were snapped as they stepped out after having dinner at the Quaglino’s restaurant in London on Oct 18, 2014.

Their fans went into a frenzy when the happy couple announced their engagement in November 2014. Although their romance had not been going on for very long, the fans were pleasantly surprised.

But what was perhaps more surprising was how it was announced. A notice was published in the UK newspaper which stated “The engagement is announced between Benedict, son of Wanda and Timothy Cumberbatch of London, and Sophie”. 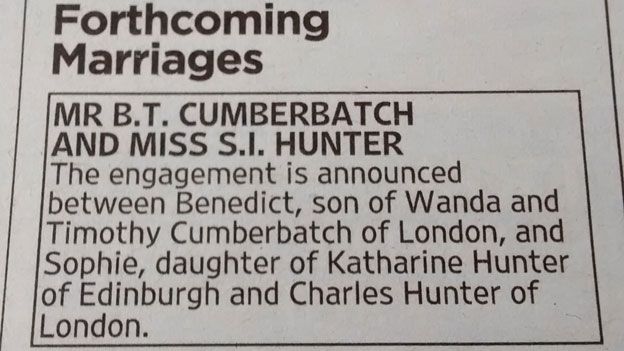 The announcement did not have a date for the wedding, although that may have been intentional. Later on, Cumberbatch’s representative stated “I am delighted to confirm this morning’s announcement that Benedict Cumberbatch and Sophie Hunter are engaged.”

Two weeks after the news of their engagement went viral, the pair stepped out together for the premiere of The Imitation Game. This was their first official outing after they got engaged.

The Sherlock star spoke about the engagement announcement and said that “It’s what I would have done if I wasn’t sort of famous. It’s what we do. It’s a kind of traditional thing to do.” He also mentioned how he was not active on any social media and that it seemed impersonal to him.

The happy couple announced at the beginning of 2015 that they were expecting their first child together.

It was his rep who made the announcement for the couple and said “I am delighted to confirm that Benedict and Sophie are expecting their first child.” He also added that the couple was “over the moon”.

The couple walked down the aisle one month after announcing that they were expecting their first child. They committed to each other in an intimate affair of 40 guests. It was a surprise Valentine’s Day wedding in 2014.

The wedding took place at St. Peter and St. Paul’s Church in the Isle of Wight, England. The reception was held at Mottintone Manor later on.

Among the limited number of guests were some famous faces like Tom Hiddleston, Guy Garvey, and Andrew Scott.

The couple’s first post-marriage appearance was on the red carpet. Cumberbatch was also nominated for the best actor award for his role in The Imitation Game.

Benedict Cumberbatch and Sophie Hunter became proud parents on June 13, 2015. Their rep announced that they were blessed with a baby boy and requested everyone to give the couple some privacy. 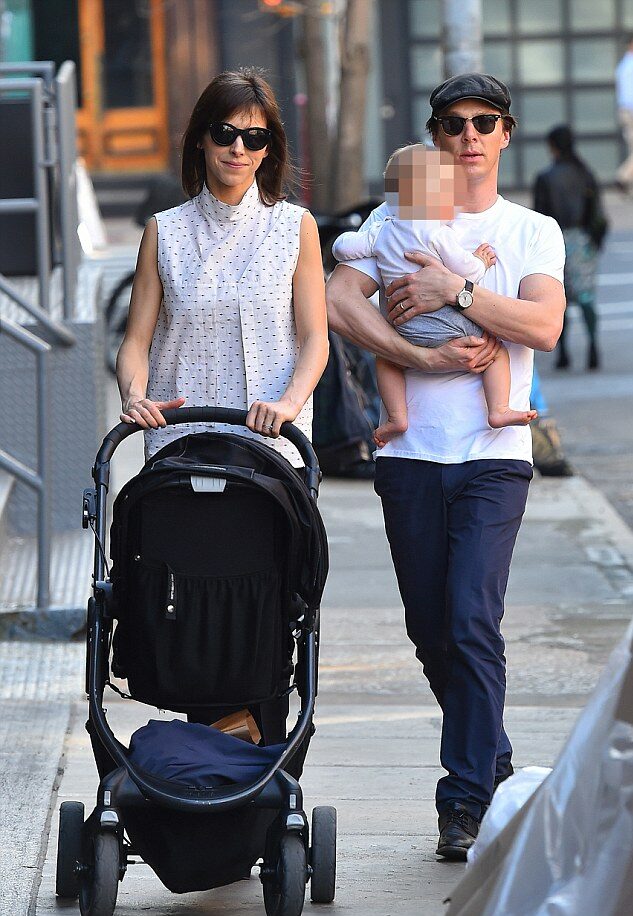 Although the couple did not disclose their little one’s name, the media later confirmed that it was Christopher “Kit” Carlton.

Cumberbatch, who liked to keep that aspect of his life private, opened up about being a father and what it meant to put family first. He said “It’s what being a parent is about so it’s not an excuse to get away from what I am doing — it’s what I ought to be doing. After three and half hours of Hamlet, I think that’s okay.”

He also joked about having a “(Cumber)batch of boys!”

The couple surprised everyone at the premiere of Dr. Strange when they announced that they were expecting again. Cumberbatch made an appearance with his visibly pregnant wife and the paparazzi could not stop clicking pictures.

Talking about the pregnancy, Cumberbatch said that “it was a joyous thing” before adding that he felt very lucky to have them in his life.

The couple welcomed their second bundle of joy on March 3, 2017. The baby was named Hal Auden, he joined his big brother with a gap of 21 months between them.

Cumberbatch and Hunter made an appearance at the Emmy awards 2018 together. While fans were happy to see them together, they were also surprised to see Hunter sport a baby bump! The couple was expecting again! 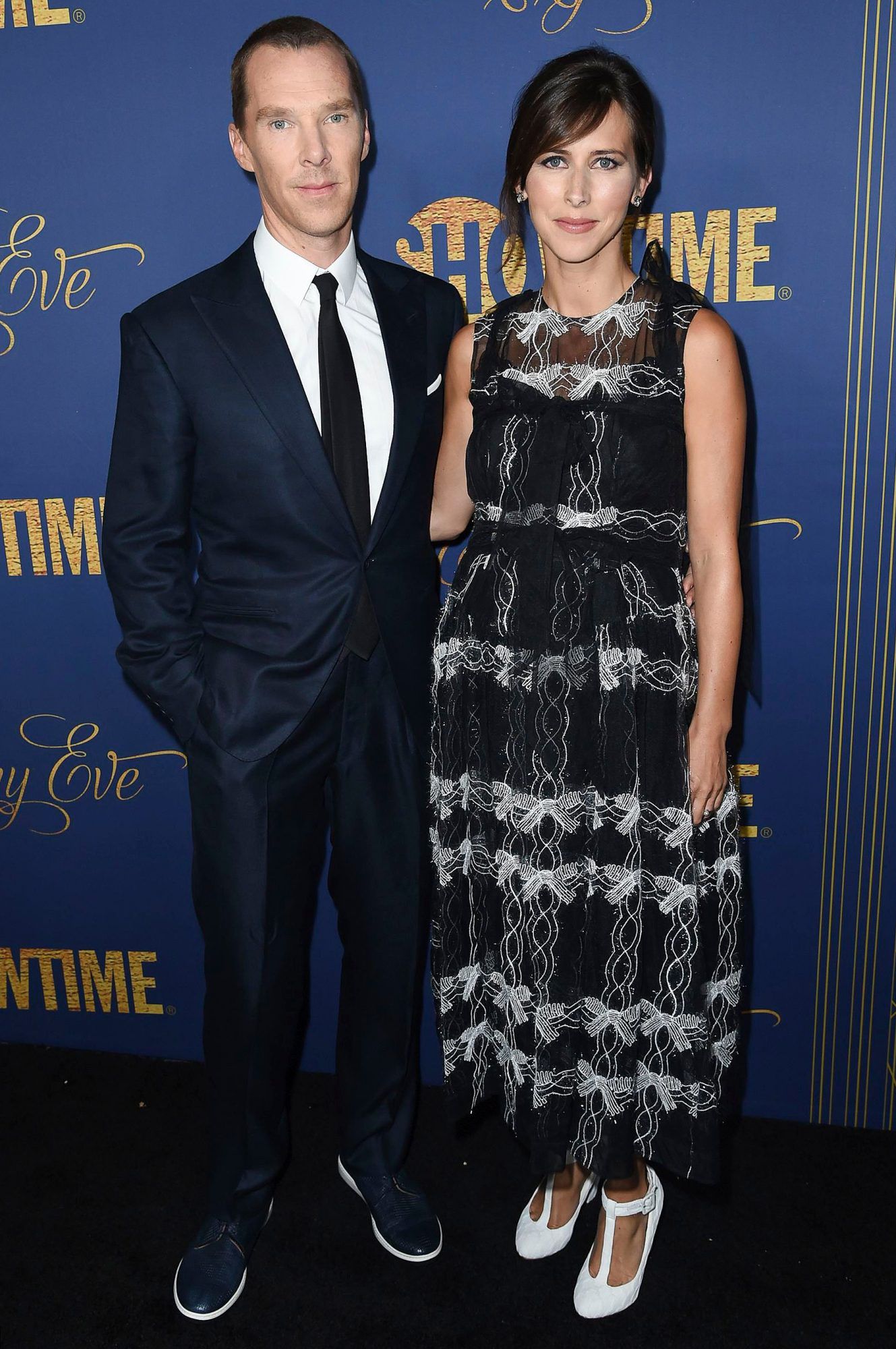 The couple quietly welcomed their third child together, another boy in 2019. He was named Finn Cumberbatch.

The couple made a rarely coordinated appearance at the Met Gala 2019. The actor wore a three-piece suit while Hunter wore a pastel gown. Both of their attires matched the theme of the night Camp: Notes on Fashion.

The two of them also appeared together a few times after that. Hunter was snapped jumping in joy when Cumberbatch was honored with a star on the Hollywood Walk of Fame. 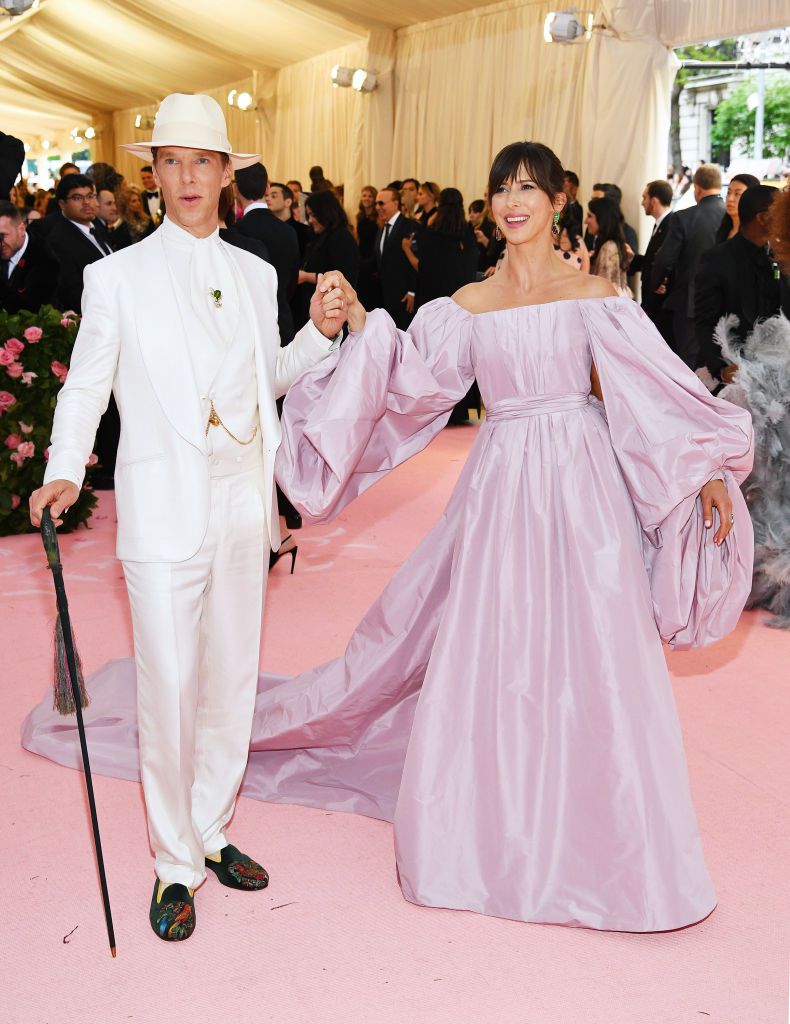 Most recently, the couple made an appearance at the 94th annual Academy Awards together. Cumberbatch even gave Hunter a doting kiss. He was nominated for the role of Phil Burbank in The Power of the Dog, but he lost it to Will Smith for the role of King Richard.

After almost a decade of being together, the couple is still deeply in love with one another. They choose to keep that part of their lives private and occasionally make an appearance together or are seen in public when they are out on a lunch or to do chores like a normal person.

Cumberbatch and Hunter are proud parents to three young boys. The family is often spotted out together and spending some quality time together.