Madison Prewett is an engaged woman now! The Bachelor star revealed the piece of happy news on the social networking service Instagram. We couldn’t be happier for Madison and her beau Grant.

These two lovebirds got engaged after dating for nearly 8 months. Read on further to learn more about their whirlwind romance and see the stunning pictures from their engagement day.

On Monday, Madison took to her Instagram to announce the piece of amazing news of her engagement to her love, Grant Troutt with her fans all over the world. She posted a series of photos of their dreamy and romantic proposal on the social media platform Instagram.

“7.31.22. You were worth the wait,” she captioned the slideshow of pictures. In the snaps, we can get a crystal clear sight of the couple’s beautiful beach proposal. 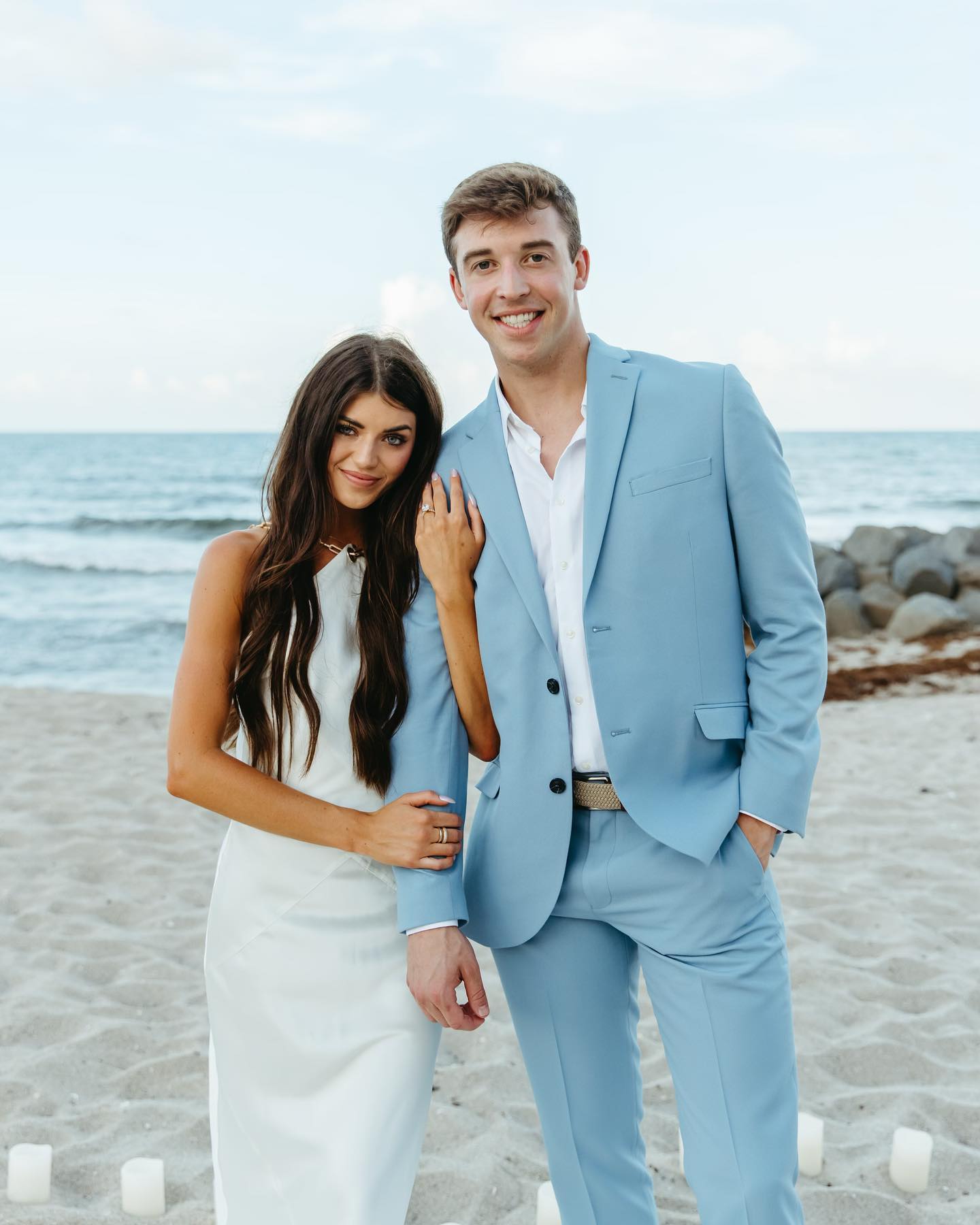 As per the reports of People magazine, Grant popped the big question to his ladylove at Palm Beach, Florida after weeks of planning the proposal. He got down on one knee to propose to Madison.
During an interaction with the media outlet, the reality TV star spilled the beans on their proposal and said, “Grant was waiting for me and led me out to the beach, where he had candles and flowers and a Bible with my new name on it.” Prewett appeared in Peter Weber’s season of the ABC dating show. She told the publication, “And the ring of my dreams!” 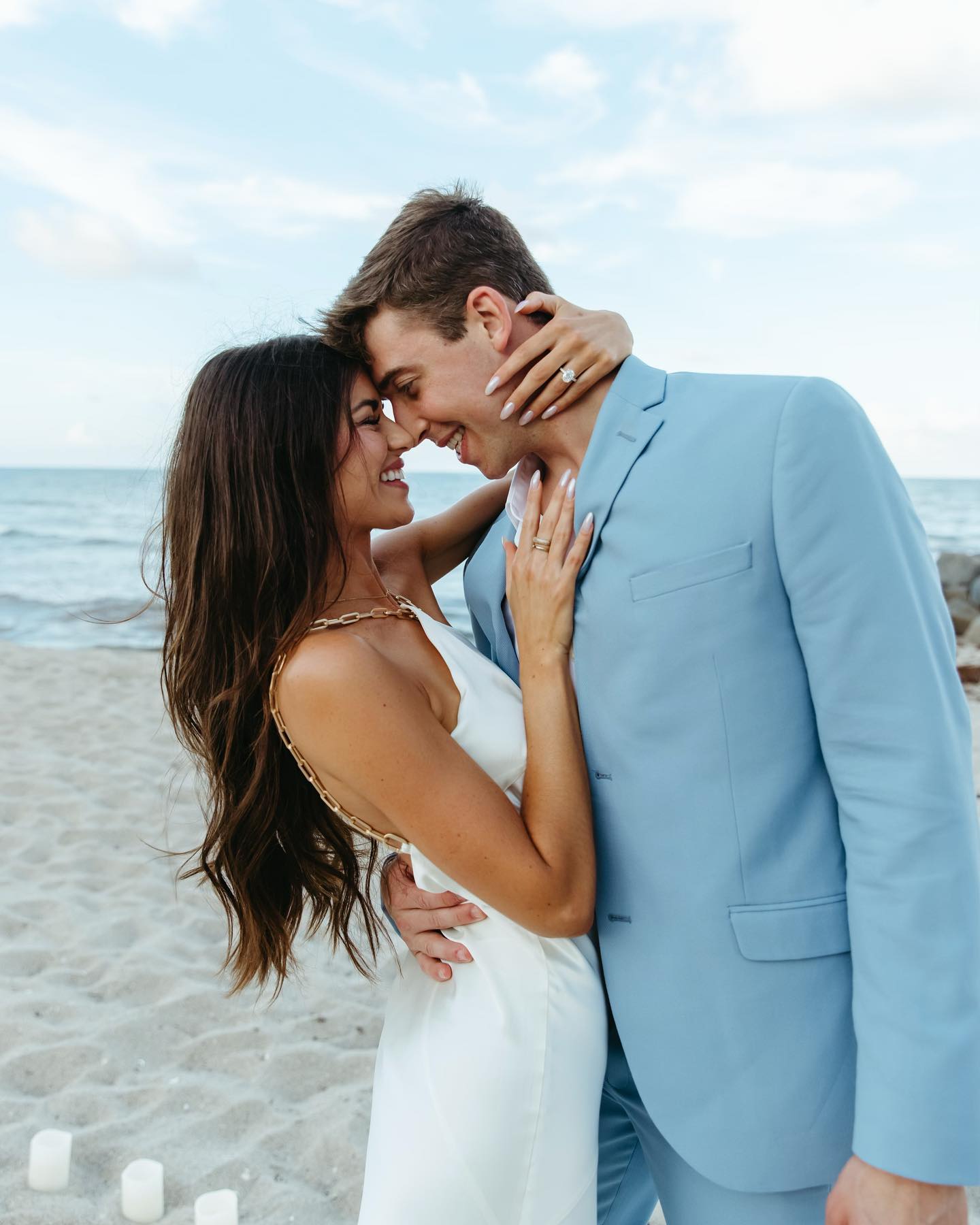 For her special day, the Made for This Moment: Standing Firm with Strength, Grace, and Courage author, looked stunning in a white satin gown with gold chain straps. On the other hand, her fiancé Grant also looked handsome in a light blue pantsuit, and white shirt. He completed his look with a pair of white shoes.
Madison continued, “I thought we were celebrating one of our friend’s birthdays. I was told we were taking birthday pictures on the beach and when I came down, my best friend led me into the bathroom where my mom and sisters were with the dress I wanted to get engaged in.”

As soon as Prewett announced the news of the pair’s engagement on the social media platform Instagram, many fans and friends of the couple stopped by the comments section of their post to congratulate them. 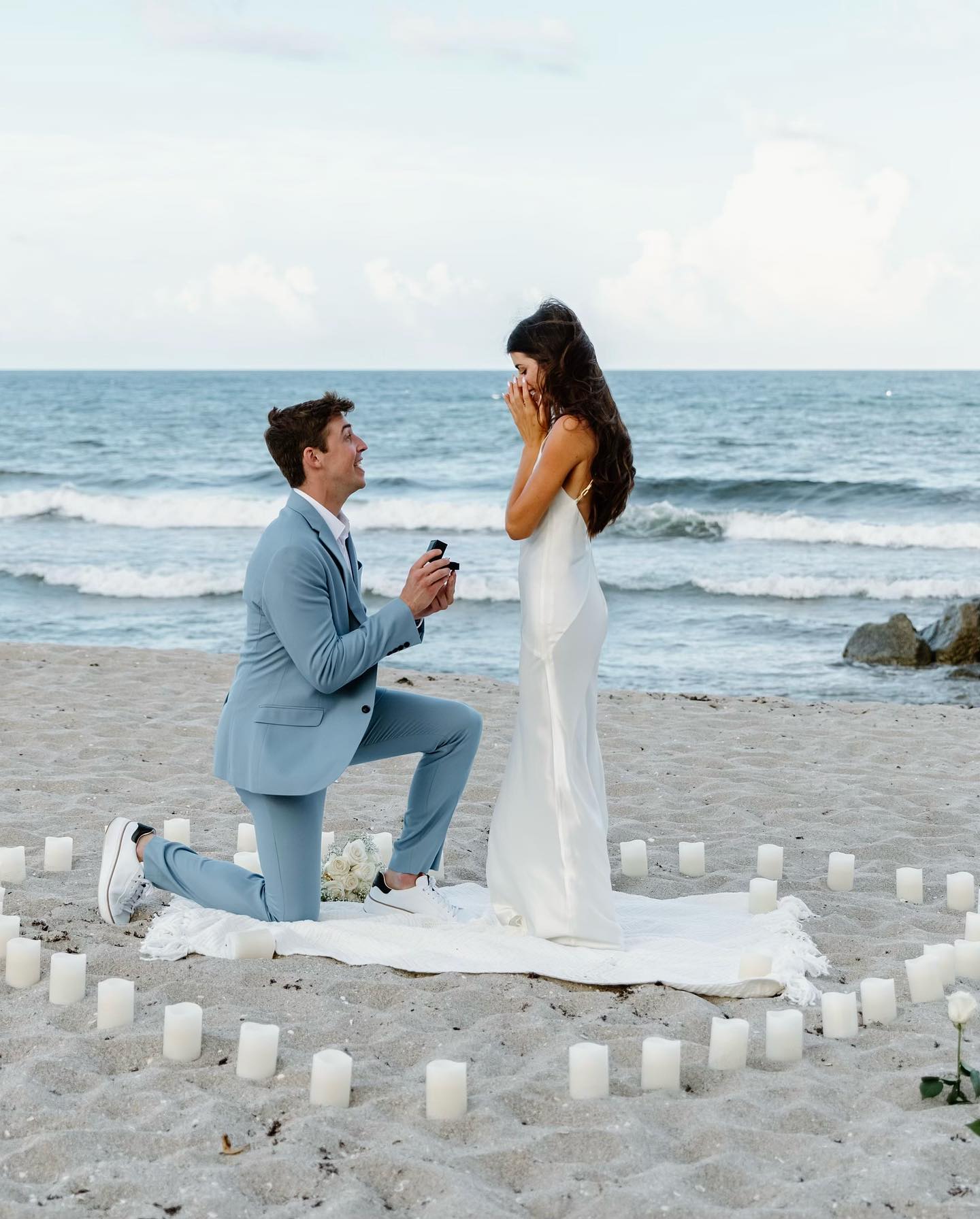 Hannah Ann Sluss, who appeared in the same season as Prewett and ultimately won Weber’s heart, congratulated her by writing, “So beautiful

so happy for you!”

We send our heartiest congrats to Madison Prewett and her now-fiancé Grant Troutt as they are engaged. Sending lots of love and light to the gorgeous couple. Don’t forget to stay tuned with us for the latest updates from the world of showbiz.