Aubrey Plaza Reveals About Being a Thief in Luxury Hotels

The “The White Lotus” star Aubrey Plaza stopped by the “Jimmy Kimmel Live” show to have a chat with the host, Nicole Byer and shared about stealing things from hotels, shooting “The White Lotus” in Italy, gifting a stripper pole to her sister and a lot more. Read on to know about this funky conversation between Nicole and the 38-year-old star. 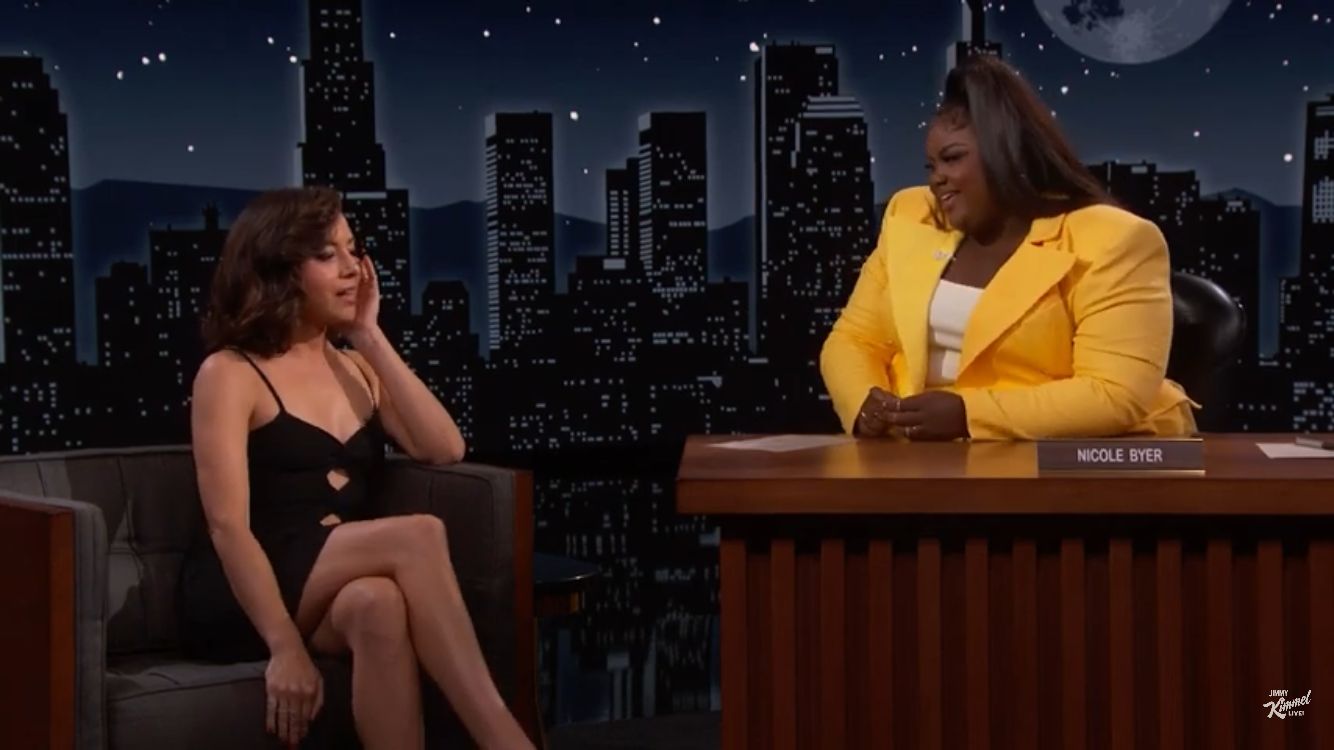 A Stripper Pole For The Family…

“Jimmy Kimmel Live” host Nicole Byer welcomed Aubrey Plaza, 38 on the show by revealing that the gorgeous actress is starring in two new movies, ‘Emily The Criminal’, which is out in theatres, and ‘Spin Me Round’, which hits theatres and AMC Plus.

Now what’s more interesting is the way Aubrey entered the show. As she wore a sort of black dress, she stopped by a stripper with a jiggling belly and threw some cash at him. As she sat, Nicole joked, “Do you pool dance, do you strip, do you frequently slip clowns, tell me about it.” Aubrey joked back, “No I don’t but I actually got a pull for my sister during the quarantine.” 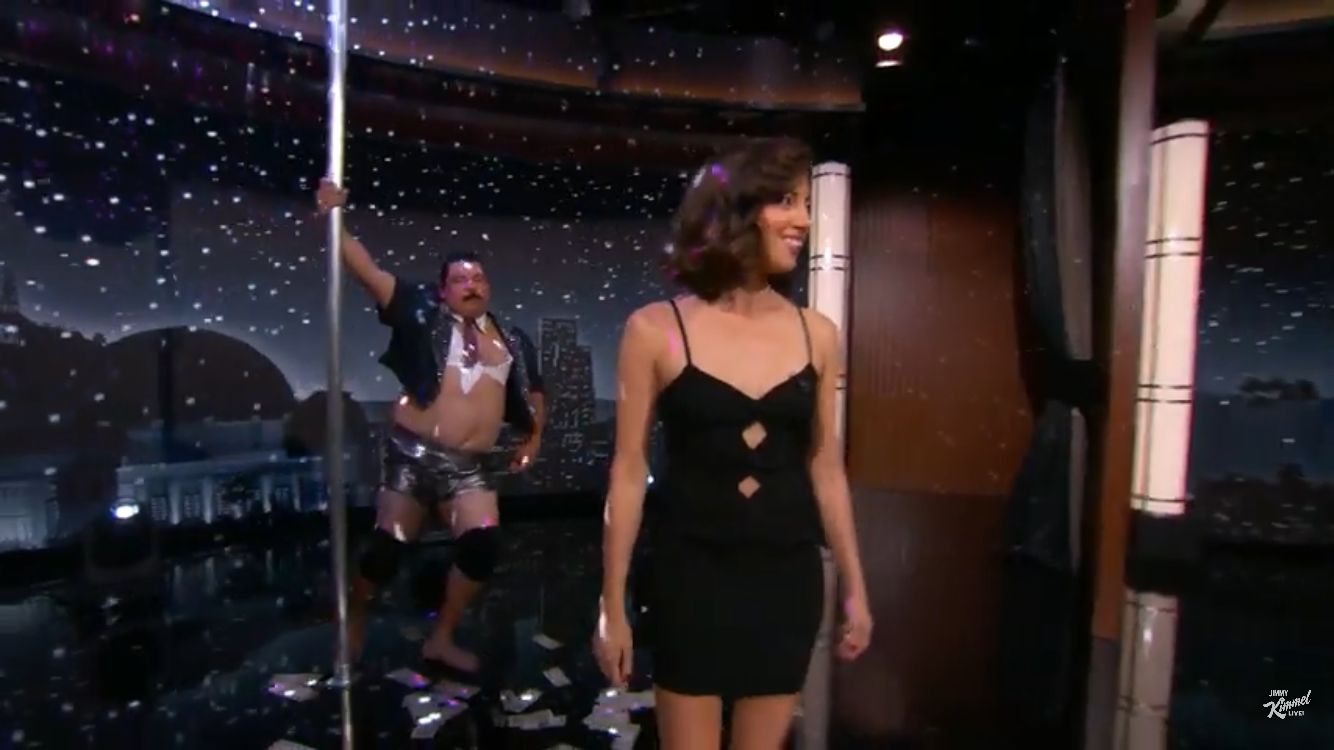 Yea, she actually got a stripper pole for her sister as a quarantine activity because that’s what they do in their family. She continued, “I took her to Vegas to see the magic mike show for her 21st birthday.” She revealed that her sister was dragged up on the stage and she had a knack for it.”

Aubrey said, “I loved it so I encourage good hobbies for my little sisters.” Nicole responded that she too went to see the show but phew, they did not pull her on stage. Nicole also revealed that Aubrey got a pole for her sister and asked, “Does she put it in her living room? Where is it?”

Aubrey responded, “She actually, um, because it was during the lockdown, she installed it in my dad’s basement, so yea, he was just a proud papa, he really likes it. That’s how my dad is, he was more excited about that than my sister was.” Nicole joked, “Does your dad use it.” Plaza responded, “I don’t want to know. I don’t know what he does with it.” But yea, she concluded by saying that “he definitely likes to party”, so you can guess. 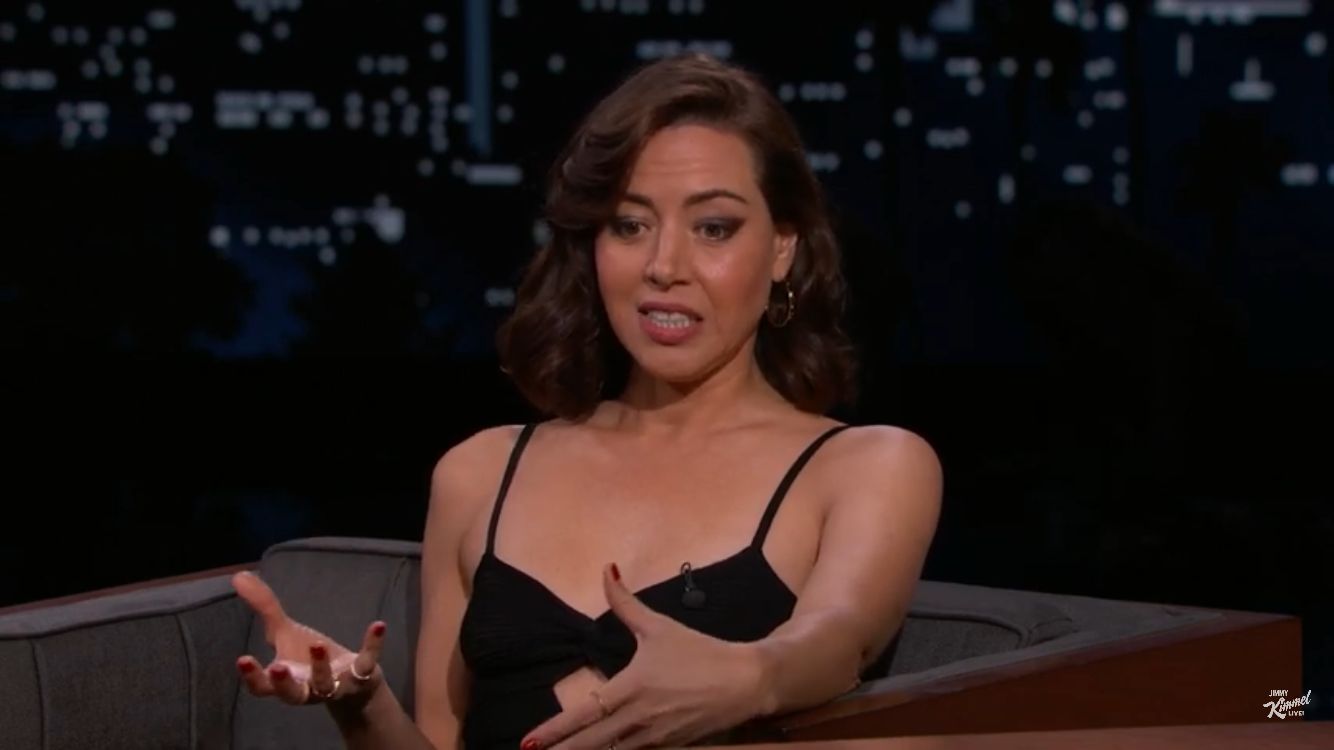 Nicole continued the conversation by asking, “You shot season 2 of “The White Lotus”. Where did you shoot it?” Aubrey replied, “We shot it in Italy and we were in Sicily for five months.” She mentioned that before that, she shot a movie “Spin Me Round” for three months and that she has been in Italy for like over half a year.

Nicole asked, “What do you do to make yourself feel at home”. Aubrey responded, “It’s weird living out of a hotel, I got really into like, going into town and like the old little Italian village and buying like weird Grandma lamps.” She revealed that she put them in her room but as they were living in a 5-star hotel, the staff would be like, “You know we can give you a lamp if you ask.” Well, she rather used those lamps to make it feel like a home.

Nicole jokingly asked, “Did anyone look at your weird double-fisting lamps.” Aubrey revealed that she was literally followed by police for carrying those lamps and was flagged for looking so weird. Moreover, she was wearing sweatpants and shooting in the off-season in Taramina, which added to the insanity. Nicole stated that it’s too much to be followed by police for carrying lamps around. Aubrey joked about this and mentioned that she was carrying a lot more than that, but “let’s not get into that.” Well, you know what she meant, eh? Also, she was not only flagged in the town but also in her luxury hotel during the shooting as she messed with her castmate by putting witchy symbols made with sticks. 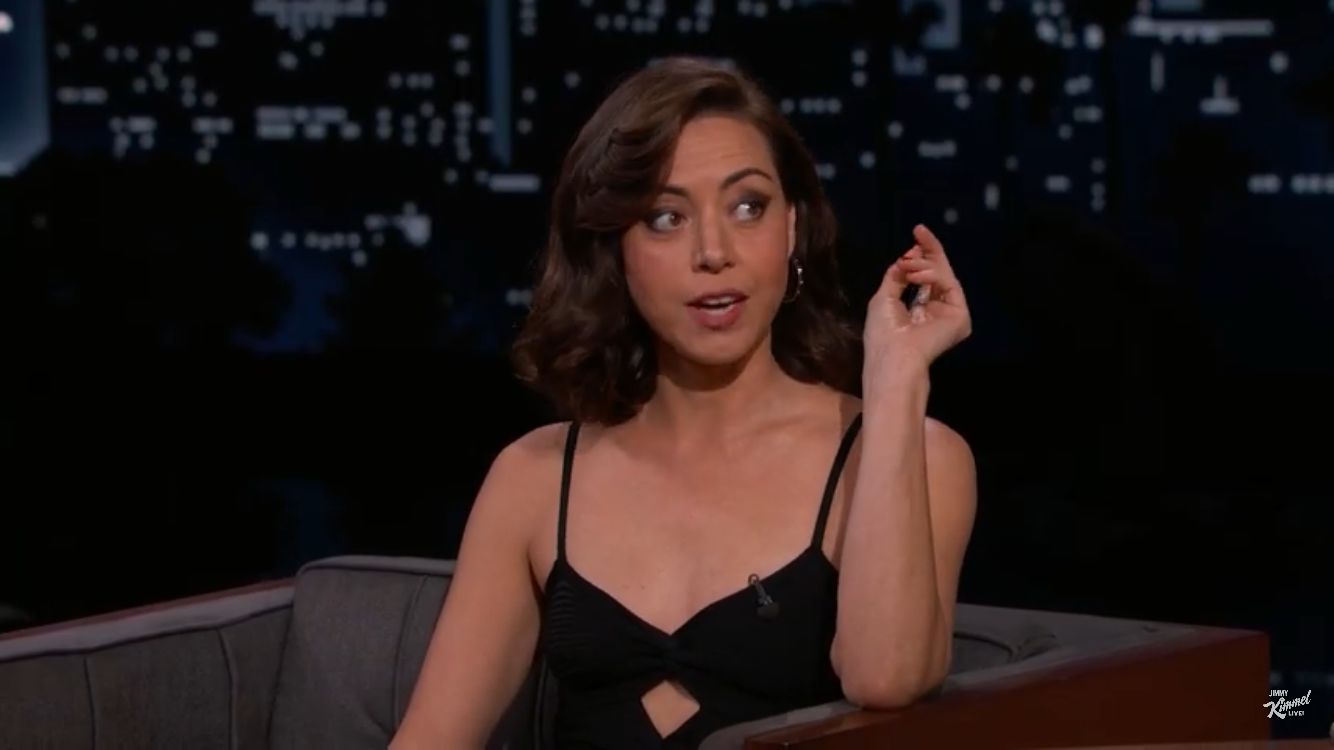 She continued, “I take it to my apartment in the hotel in Italy, I would actually go down to the gym, and take as many bottles of water as I could and fill my hoodies so I couldn’t have to pay for water because I couldn’t drink from the tap over there.”

She revealed it was weird being a thief in a luxury hotel but she just had to do what I had to. When asked if the Italians recognized her as an actress, she revealed that they did recognize her for her acting in the film “Dirty Grandpa”.

If you don’t know this, Aubrey Plaza is half-Puerto Rican. She suffered a stroke when she was 20 years old that caused temporary paralysis and expressive aphasia. A couple of years later, she had a transient ischemic attack while on the set of Parks and Recreation. Now she is doing well and is killing in Hollywood with her performances.