Ashley Olsen has found her happily ever after! As per a report by Page Six, the Holiday in the Sun actress tied the knot with her longtime boyfriend Louis Eisner in a hush-hush ceremony at a private Bel-Air home last week. Louis Eisner and Ashley Olsen are officially husband and wife now! It has been reported by the media outlet Page Six, that the pair walked down the aisle in a private ceremony on December 28, 2022.

The sources have told the publication, that the couple exchanged their vows in front of about 50 of their closest family and friends at a home in Bel-Air. We are super happy for Ashley and Louis. When did Ashley Olsen and Louis Eisner spark dating rumors?

The fashion mogul Ashley Olsen has been romantically linked to Louis Eisner, an artist, and son of jewelry designer Lisa Eisner, since October 2017. The two of them have kept their romance away from the flashing cameras.

The engagement rumors of the pair began going around in circles in June 2019. At that time, Ashley sparked engagement speculations when she stepped out for a movie and dinner date with Louis.

For the outing, Olsen donned an oversize black sweatshirt and matching sweatpants but what caught the attention of her eagle-eyed fans was her prominent dark band worn on her left ring finger. 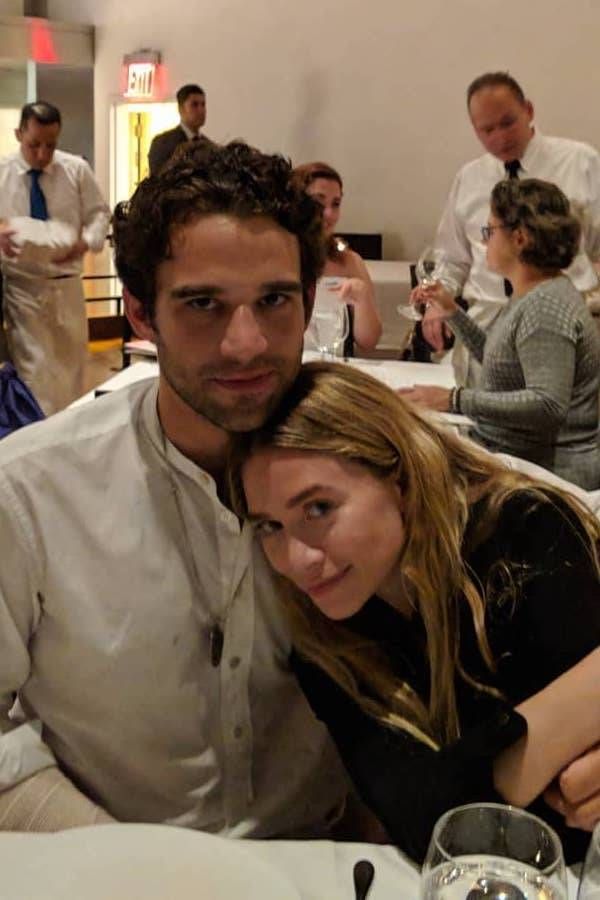 Two years later, Louis shared a rare picture of his ladylove Olsen as they hiked together. The photo showed the Row fashion designer carrying a machete along a hiking trail. In the picture, Ashley can be seen enjoying a cold beverage as the two hiked in the woods.

At that time, Louis didn’t add any caption to the Instagram post. Eisner also posted a snap of himself standing on a log over a pond on the social networking platform Instagram. As of this moment, Ashley Olsen has never made a remark about her longtime beau Louis Eisner in public. It seems like the famous Olsen twin likes to keep her personal life private. During an interview with i-D, Ashley’s twin sister Mary-Kate Olsen was asked about their fashion label The Row’s discreet, modest style. Then, she said, “We were raised to be discreet people.”

Ashley went on to say, “I think that potentially that’s just our aesthetic, our design preference. But that doesn’t mean that we don’t also appreciate something truly ornate or maximal. Sometimes a collection even starts quite like that and then gets pared down. It doesn’t always start from that simplistic place.” We send our heartiest congratulations to Ashley Olsen and Louis Eisner as they are all set to embark on a new journey in their lives. Sending them lots of love, light, and laughter. Don’t forget to stay tuned with us for the latest updates from the world of showbiz.