Anita Baker is all set to bring her sweet love back to Detroit her hometown. The singer who sang soul has announced her scheduled performance at Little Caesars Arena on Twitter early Tuesday morning. 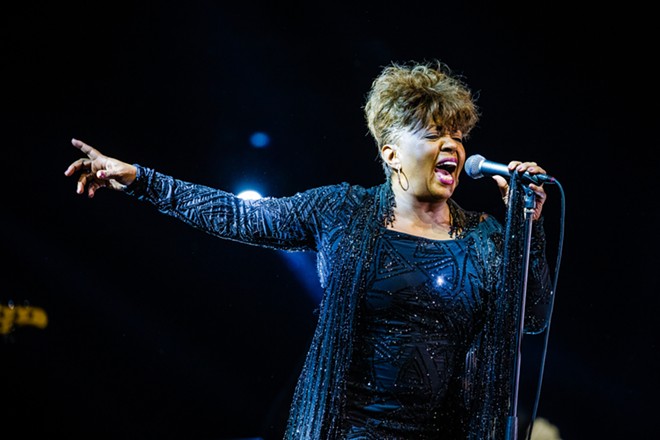 Details About the Performance

As the announcement of the show was done on Twitter by the singer, the actual date has not been informed in that post also the tweet did not say much other than the venue and that the tickets for the show will go live next week.

As we know that the songstress has not performed in Detriot since her 1995 show which was held at the Fox Theatre, this announcement was a pretty big deal. Anita Baker’s last show in the area was in 2010 at Pine Knob and as we know Pine Knob is not Detriot.

Detroit, Little Caesars Arena
Official On Sale… Next Week.
Right Here, Only on Our TL 🥳🎈🎼 pic.twitter.com/6op5uR1CHB

Baker who is 64 is currently performing a residency at the Venetian Hotel in Las Vegas, which marks her first string of live performances since her Farewell Concert in 2019 in Las Vegas.

Anita Baker and Her Career

Anita Denise Baker is an American singer and songwriter and she has made her name in the industry as an artist for her soulful ballads which she released during the 1980s. Anita Barker’s rich and distinctive alto voice has brought her on the level with the legends such as Sarah Vaughan and Nancy Wilson, the legendary jazz figures.

Anita was one of the leading performers when it comes to the field of the sophisticated black adult genre in the period of late 1980s and the early 1990s, she was able to wage a triumphant battle to gain control of her career and recognize her artistic inclination.

#OTD Anita Baker (Jan 26, 1958), singer-songwriter, born in Detroit, starting her career in the late 1970s with the soul band Chapter 8. She released her 1st solo album, The Songstress, in 1983. She is one of the most popular singers of the 1980s “Quiet Storm” period.#History pic.twitter.com/XbEWiClGxL

in the year 1994, with all her stardom reduced her activities in her professional life to focus on her home and motherhood. After a decade long hiatus from her singing career, Anita Baker made a successful return to the industry with a new album which gathered critical acclaim.

During the show in Las Vegas, Anita Baker gave a special shout-out to Chance the Rapper for helping her to get back the ownership of her master recordings.

“Would you guys say hello to a friend of mine by way of the music industry, by way of helping me get a hold and ownership of my master records, Mister Chance The Rapper is right there,” Baker announced amidst the crowd as they cheered for Chance.

Had no idea you would be in our Midst.
Such a nice Surprise. Brought Tears, to my eyes. Hope Ms. Essence enjoyed her Birthday
ABXO🎼♥️🎈 https://t.co/EvTiTTaEgM

The 64-year-old “Sweet Love” singer fought against her label to get the rights to her recordings until last year and through Chances’ help, she was able to get them back.

The “No Brainer” rapper adored the lovely shout-out and re-shared a clip of the sincere moment on Twitter, writing, “I saw one of THE greatest performances of my LIFETIME last night! Thank you so much @IAMANITABAKER for being an inspiration and an icon to so many of US.”

I saw one of THE greatest performances of my LIFETIME last night! Thank you so much @IAMANITABAKER for being an inspiration and an icon to so many of US 👸🏾 https://t.co/TFcWt3lZFj

With the announcement of a new performance in Detroit, the fans of this legendary singer cannot keep calm and are waiting for the tickets for the show to go live in next week.