Angelyne was a popular icon of the 80s in Los Angeles. She was a singer, style icon, model and actress. Angelyne was ‘famous for being famous’. Peacock is making a biographical drama on her called Angelyne. The miniseries will premiere on May 19th, 2022. Recently there has been a lot of hype around Angelyne and the truth behind her flamboyand persona. Way before ‘reality stars’ and ‘influencers’ were a thing, Angelyne came to Los Angeles and changed everything. The LA Billboard’s queen’s life has been a secret for decades, until now.

Angelyne came to Los Angeles in the 80s with one motive, to get famous. Her provocative pictures were put on billboards through Los Angeles, which lead to her ultimate fame. She is often known as someone who is famous for being famous, but the truth is much more than that.

The billboards led to eventual offers for modeling and movies. She also went on to record five albums, collaborated with other artists for projects, starred in movies and even ran for the governor twice. She was the only candidate without a party to get to 37th out of 100’s of candidates.

Even with all the achievements and public appearances, no one knew much about her life until recently.

Hollywood reporter Gary Baum took it upon himself to find Angelyne’s truth. But it was difficult as she used to micromanage her interviews and would not dive into personal topics.

He eventually got a tip from a gynecologist and found that Angelyne’s real name was Ronia Tamar Goldberg. She was born in 1950 to Jewish parents who were freed from the Skarżysko-Kamienna German Nazi concentration camps.

Ronia had changed her name officially to Angelyne. According to her former husband, Michael Straus, her relationship with her family members was strained and that is why she went solo. She claimed that she lost her parents at a young age and that is why she “sought the attention of the world through my tricks”.

Understandably, people are curious to know more about her life. She lives a lowkey life as a 71 year old. Although the article Gary Baum revealed her personality, she did not choose to come forth and tell her story. Although, she is aware of the miniseries being created.

The series casts acclaimed actors in pivotal roles in the movie.

Emmy has starred in several films including the more popular The Phantom of the Opera. She plays the title character of the series. Emmy is best known for her portrayal of Fiona Gallagher in the popular comedy show called Shameless. 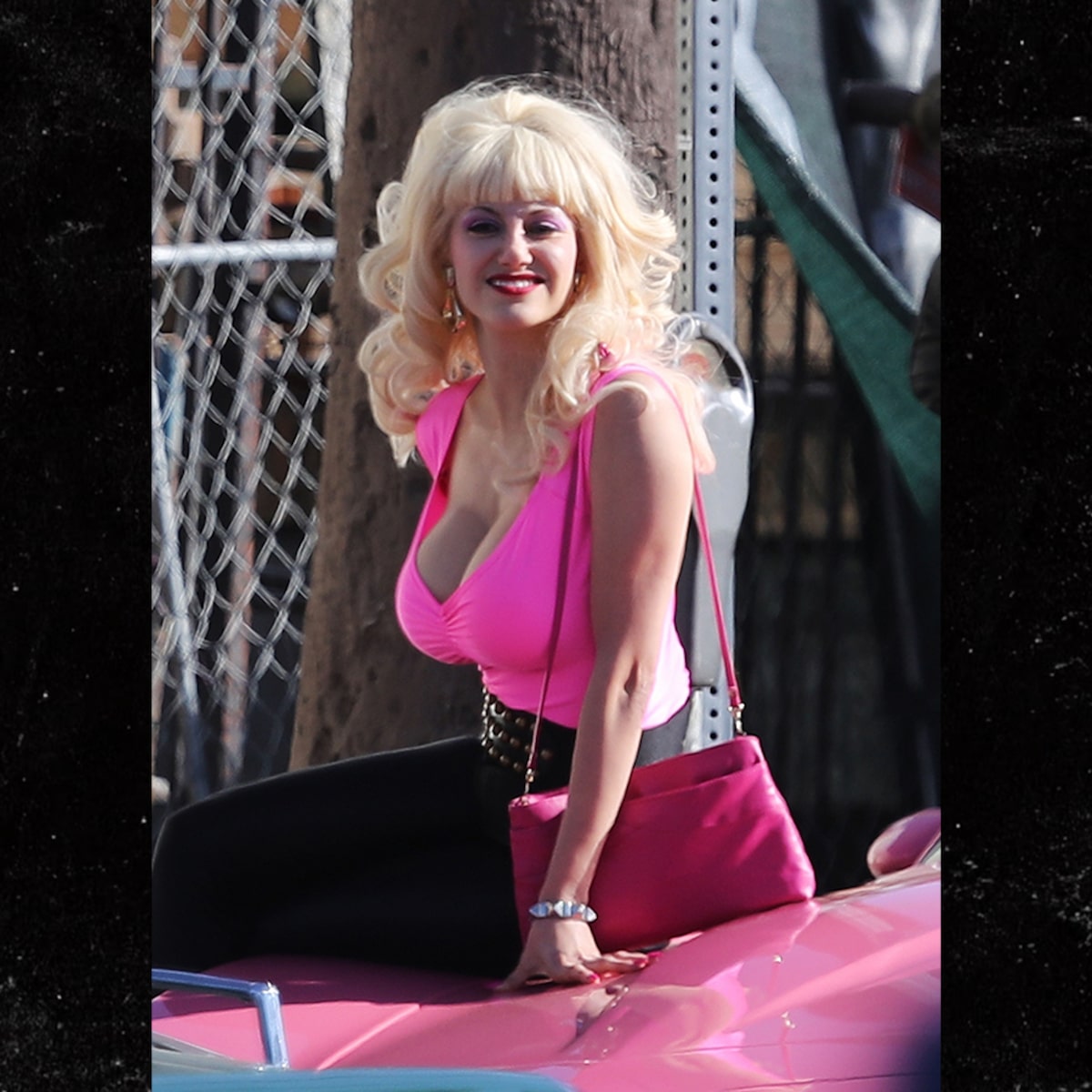 Emmy had to go under immense transformation to become Angelyne. It used to take up to 7 hours to get her dressed and ready for shoot. She had to have breast implants, face prosthetics, and contacts put in before every shoot.

Emmy is also the executive producer of the show. Although there is no formal credit to the real Angelyne on the show, Emmy said it was important to her that “she be involved in this and that we were able to faithfully recreate her iconic billboards,”

Emmy also added that it was essential “that she be paid for her contribution, not just to the show, but to pop culture over the last 50 years.” It is said that that real Angelyne was going to appear in the series but she backed down due to unknown reasons.

Her work in Clint Eastwood’s Mystic River, Beautiful Creatures, and Poseidon got widespread acclaim from critics and fans alike.

Martin Freeman is a well-known actor. He has won many awards like Emmy and BAFTA, one of his recent popular role was as Dr. Watson in Sherlock. 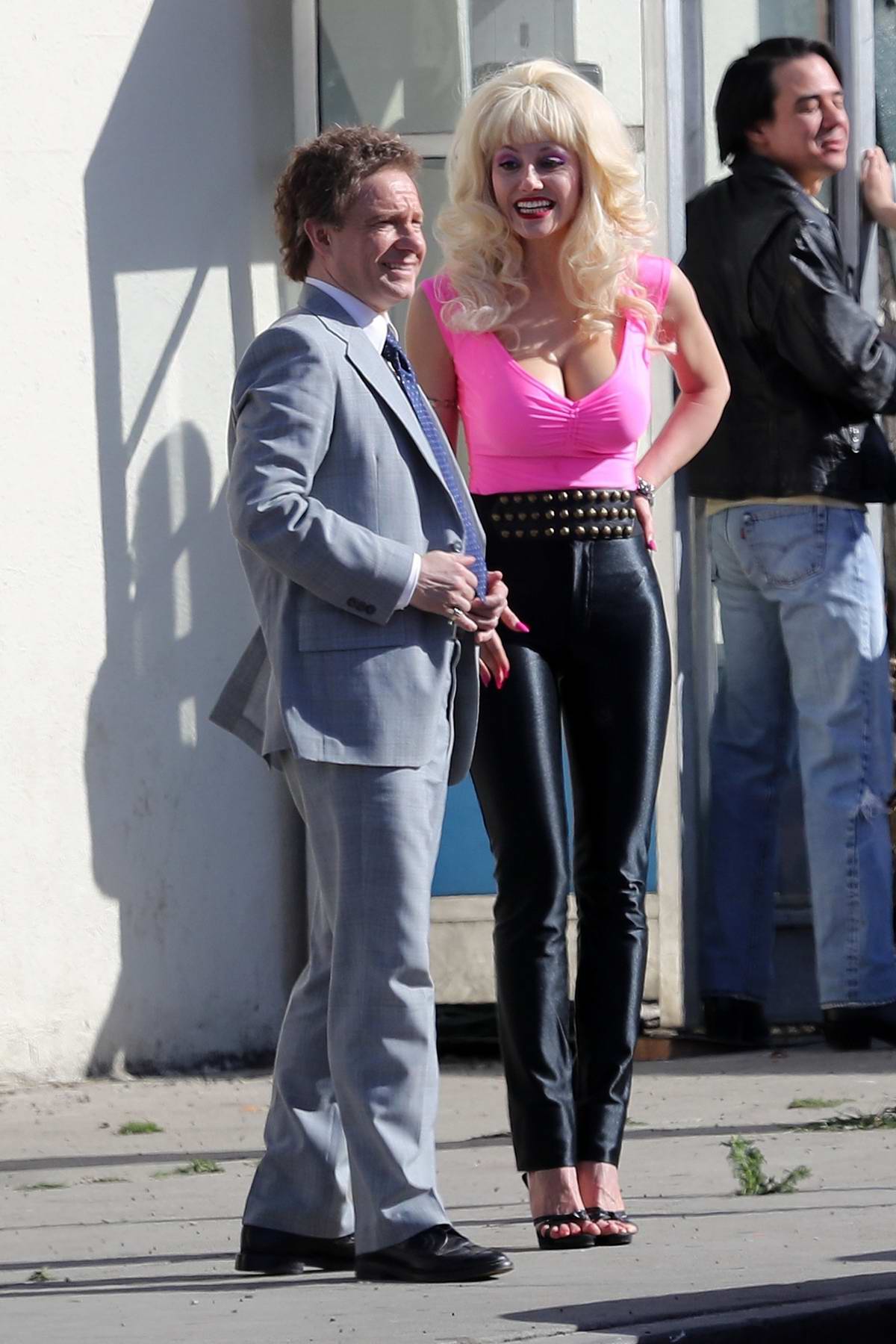 He is also known for his role in Bilbo Baggins in The Hobbit Film Trilogy, The Hitchhiker’s Guide to the Galaxy, Captain America: Civil War, Black Panther, and many more. Freeman will have a recurring supporting role in Angelyne.

Alex portrays the role of the Hollywood journalist named Jeff Glasner in the series. Alex is popularly known for playing Ray Ploshansky in the critically acclaimed HBO series called Girls. 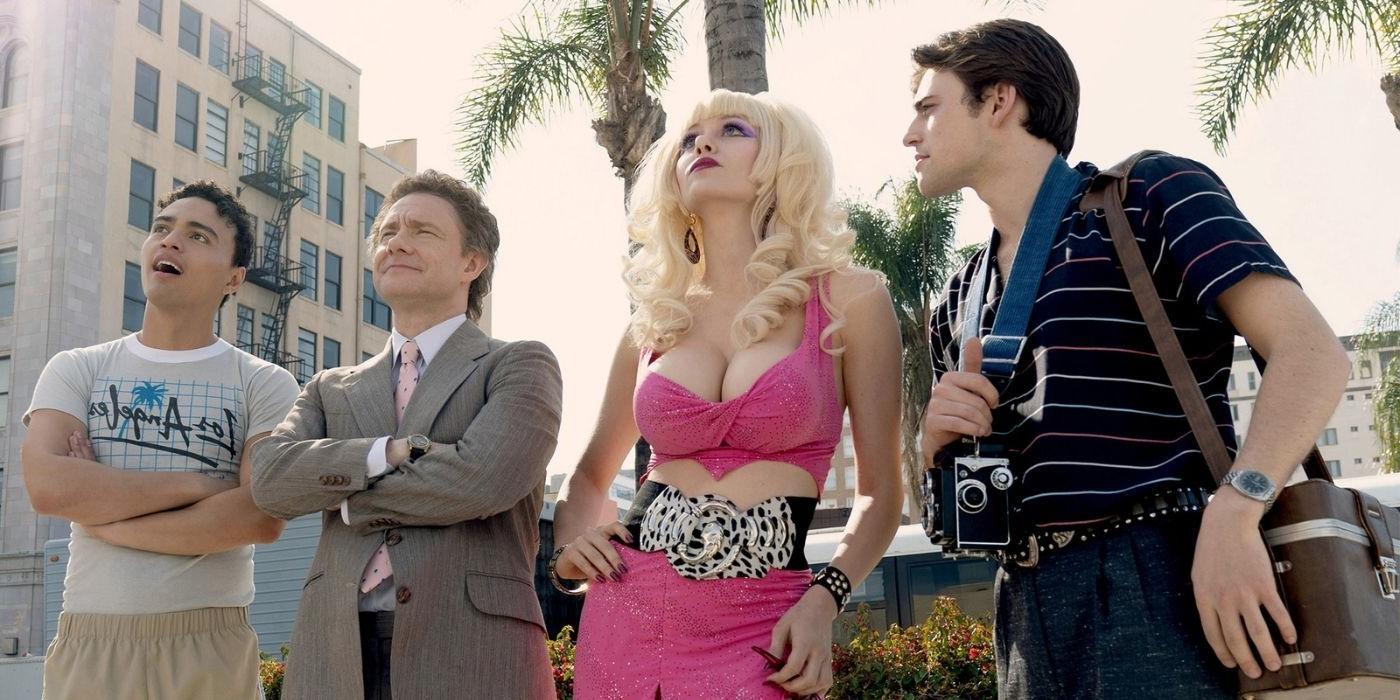 He is also known for playing Craig Petrosian in the popular series called Homecoming by Amazon Prime.

Charlie plays the role of Angelyne’s photographer, Freddy Messina. the guy behind the scenes. He was one of her first supporters. Hamish plays the role of Rick Kraus in the series. He is best known for his role as Mathew Kimble in The New Adventures of Old Christine. Hamish has also played important roles in The Legion show and The Crazy Ones. However, his most popular and critically acclaimed role to date remains to be Netflix’s horror show called Midnight Mass.

Lukas plays Max Allen in Angelyne. This is not his first acting gig. Lukas has starred in The White Lotus and the American Vandal. He is all set to continue acting and will be seen in Midas Man and Moonshot. Peacock dropped the official trailer for the series on April 19th. It takes you back to the flamboyant world of the 80s. The trailer shows Angelyne saying “Since I was a little girl I have known fame is my destiny”. Then she adds, “I am going to be the love of the world”.

The trailer goes on to show snippets of her popularity along with a hint of romance and heartbreak. It will depict what it was like to be Angelyne and how she got to become the icon of the 80s.

Angelyne had blond hair, was always dressed in pink, and drove around in a pink sports car. But somehow, although the world knew of her, no one knew who Angelyne was.