At the 2023 Golden Globe Awards, Cuban-Spanish actress Ana de Armas stood out among a sea of well-dressed guests, including A-list stars such as Laverne Cox, Angela Bassett, and more, with an eye-catching gown that was one of a kind.

The “Blonde” actress wore a strapless bustier gown made by Louis Vuitton with a black-and-white print. 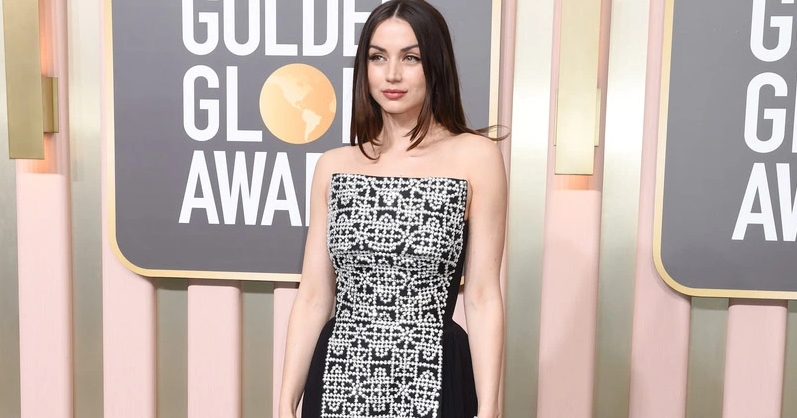 The Gown She Wore Was A Statement Piece Of Art

Ana de Armas used an artist statement gown by Louis Vuitton to arrive on the red carpet for the 2023 Golden Globe Awards on January 10 in Beverly Hills, California. There are graphic lines on the front of the dress, designed as a two-piece. Structured front panels were embroidered with geometrical patterns of 3D sequins arranged in a zigzag pattern on the front panel. 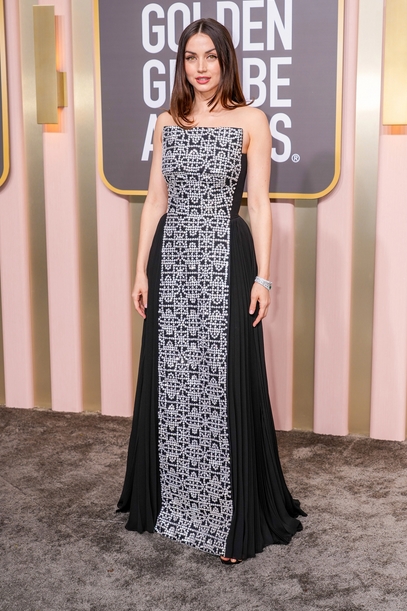 With a train added to the dress’s silhouette, the back of the dress was made with pleated black silk with a march to give this dress more volume. It has been estimated that 150 hours have been put into completing this gown, according to Louis Vuitton. There were 25 meters of silk used for the back train and 800 sequins used for the embroidery on the garment.

De Armas worked with the stylist Samantha McMillen who is also known for her work with Elle Fanning, Momona Tamada, and January Jones, as well as other actresses. It’s a look ready for an evening out, and de Armas opted for a matte lip, blush, earth-tone eyeshadow, wingtip eyeliner, and earth-tone eyeshadow for the makeup. 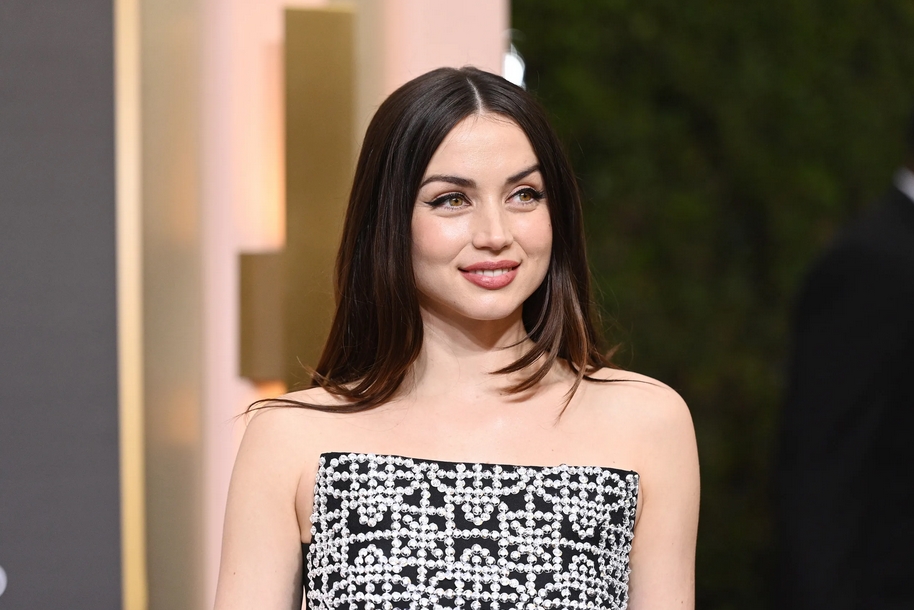 Her hair was straightened in style, with a middle part parted down the middle. With her simple jewelry style, she accessorized only with a diamond-covered bracelet while opting for a subtle look by avoiding statement necklaces and statement earrings.

Undoubtedly, the famous brunette had an outstanding performance at the awards show. She was nominated tonight for Best Actress in a Feature – Drama for her role as Marilyn Monroe in Netflix’s controversial NC-17-rated biopic. 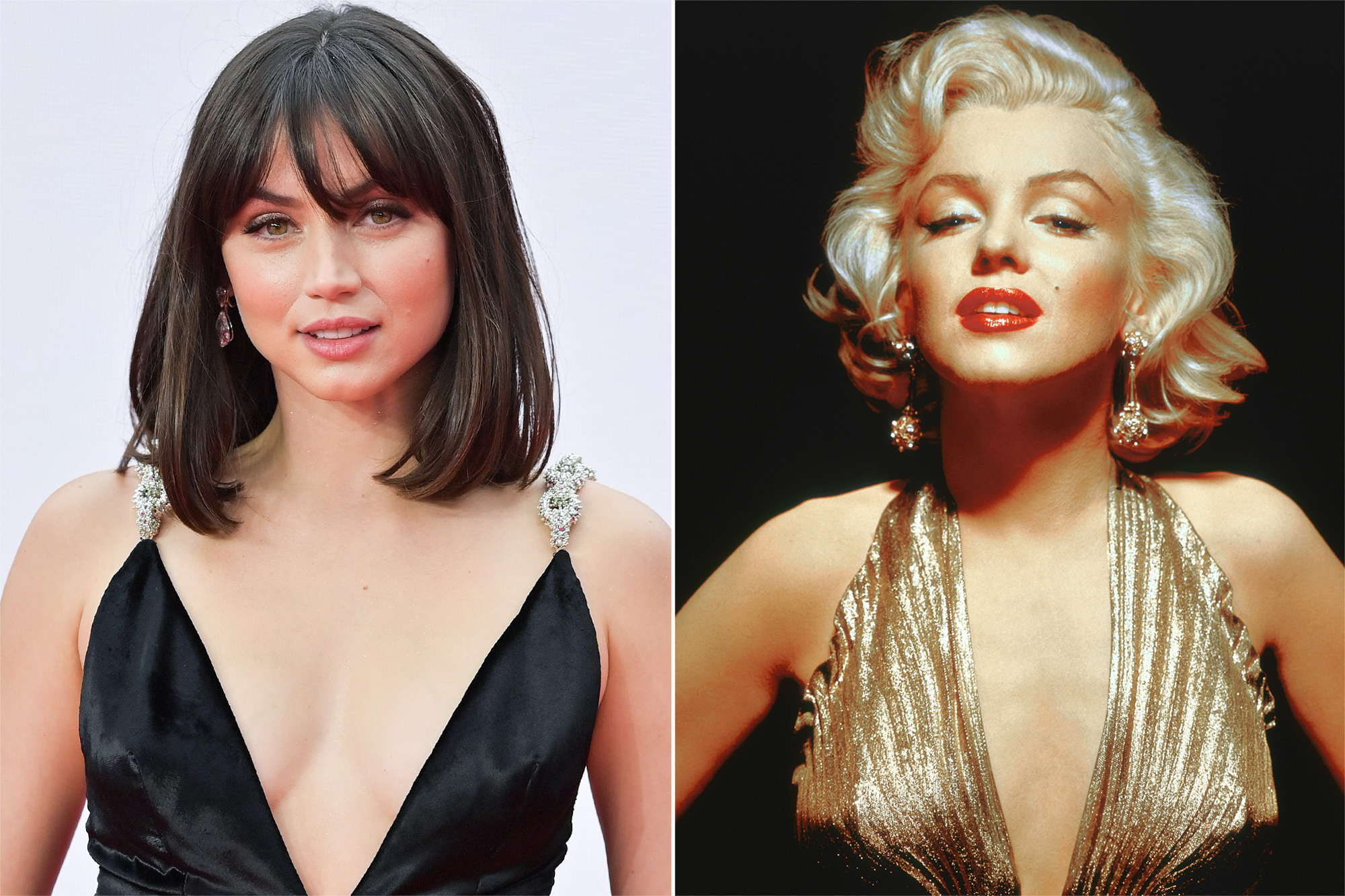 It has been announced that Ana de Armas has been nominated for her performance as Monroe in the star’s biopic to be released in 2022, which is based on Joyce Carol Oates’ novel of the same name.

She stands alongside the much-famed Michelle Williams (The Fabelmans), the versatile Viola Davis (The Woman King), the Oscar-nominated Olivia Colman (Empire of Light), as well as the incredible Cate Blanchett (Tár) in the race for best actress in a motion picture, drama.

Who Is Ana De Armas?

The Spanish-Cuban actress Ana de Armas is best known for her roles in the films ‘Hands of Stone’ and ‘Blade Runner 2049.’ Before transitioning to the Hollywood film industry, she worked in the Spanish film industry before moving to the United States. Despite this, Ana’s move came with its own set of challenges, as she was unable to speak English properly, to begin with.

In addition to learning the language, she was also able to prove her acting skills by starring in some impressive movies during her studies. As a result, she earned the same popularity in the Spanish industry that she had in the Spanish film industry because of her risky move, inherent talent, and hard work. As an actress in Spain, Ana has worked on both the big and small screens in film and television. 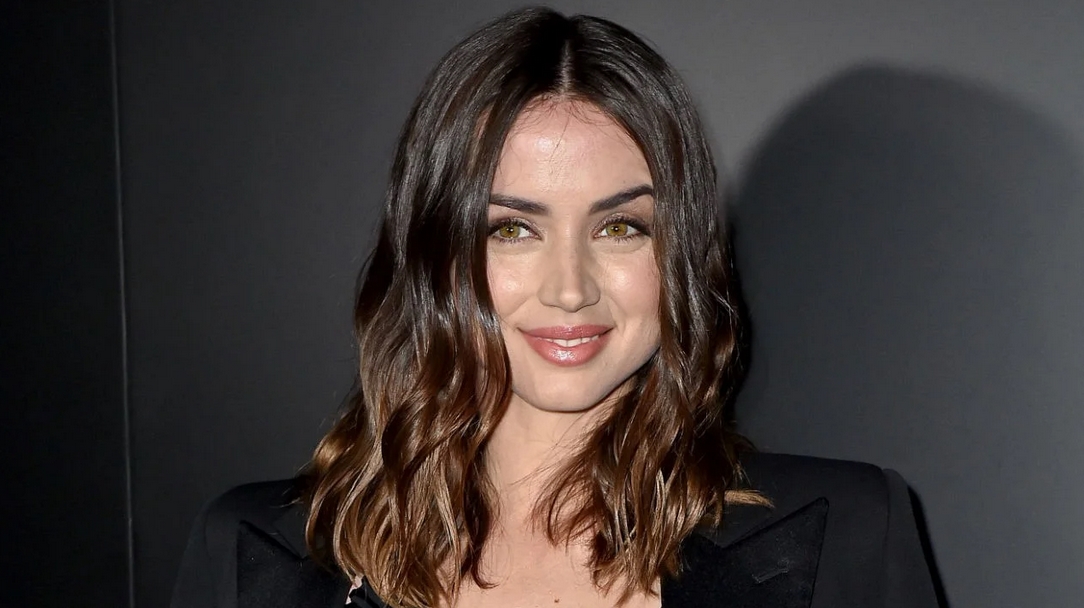 Even though she has only been in a few Hollywood films, she has already made her mark as an actress in the industry. She has portrayed a few prominent real-life characters in her short career and received an award nomination for her performances. In addition, as part of the James Bond franchise, she has now been allowed to make her acting debut.

Even though her gown was embellished with silver work, the actress appeared as if she was wearing an angelic gown. Please tell me what you think about her dress at the event. Feel free to share your thoughts in the comment section below.