The number 1 summer show of NBC, America’s Got Talent is back with its 17th season along with the fan adored judges Simon Cowell, Sofia Vergara, Howie Mandel and Heidi Klum.

The latest season of America’s Got Talent will premiere on May 31st, 2022, in the usual time slot of 8 PM to 10 PM ET/PT. The host of the show Terry Crews will be returning for the 17th season.

Trust us, @mervantvera's magic and musical stylings will blow you away. 👏 Don't miss the Season 17 premiere of #AGT Tuesday 8/7c on @NBC! pic.twitter.com/apsAMlkFd8

The recent season is set to feature a splendid spectacle of dancers, singers, comedians, impressionists and contortionists as they audition to become one step closer to winning the cash prize of $1 Million.

As the judges of the 17th season are all set to provide their opinions about the performances, let us have a look at how much each of them earns and what their net worth amounts to. 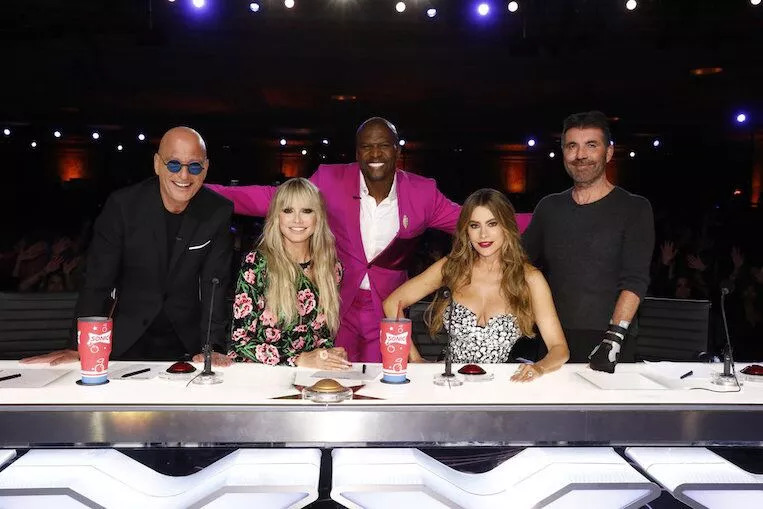 Simon Cowell, the British music executive and television producer been identified as one of the most successful media personalities in the last three decades and he is the highest-paid judge amongst all the judges of America’s Got Talent.

The Lambeth native has a net worth of $600 million and is one of the highest-paid celebrities globally. As reported Simon earns approximately $50- $100 Million annually from his diverse business ventures.

Cowell owns a three-bedroom apartment on the Upper East Side of Manhattan which is worth $15.5 Million.

The next in line is the international star Sofia Vergara who is approximately worth $180 Million. The Columbian native net worth arises from her business ventures, commercials and acting projects. She was only 17 when she shot her first-ever commercial with Pepsi.

The Modern Family earns $10 Million annually as a judge at America’s Got Talent. She is also one of the highest-paid actresses and reportedly earned $43 Million from June 2019 to June 2020. Sofia even bought a house in Beverly Hills in 2014 which was worth $10 Million and later bought a mansion worth $26 Million in June 2020.

A global fashion icon, Heidi Klum is worth $160 Million and she is a Victoria’s Secrets Angel who is also one of the highest-paid models. She earned $20 Million alone from modelling back in 2011.

The model as reported makes around $3 million as a judge at America’s Got Talent. She even bought a mansion worth $9.8 Million after she split from her ex-husband Seal.

The fan adored judge Howie Mandel is estimated to be worth $60 Million. After a series of comedy gigs and television appearances which included St. Elsewhere and Deal or No Deal, the Toronto born comedian became a judge on America’s Got Talent from which he earns around $1.75 Million.

As reported Howie earns $70,000 per episode of the show. In 2018 he also purchased some in L.A’s northwestern suburbs which cost him $2.6 Million and later he sold the same for $9.5 Million. The star even owns a mansion in Hidden Hills.

Watch all the new episodes of America’s Got Talent Season 17 on Tuesday Night on NBC to see some amazing performances by the contestants.