All About Michelle Randolph as She Plays Elizabeth Strafford in ‘1923’

The Dutton family tree is expanding with every iteration of the show Yellowstone! In Paramount+’s latest show 1923 starring Helen Mirren and Harrison Ford in titular roles, the generations go back yet again.

In this particular rendition of the Taylor Sheridan-created TV family show, we witness Harrison Ford as Jacob Dutton and it seems like he is pulling all his stops to protect his family. 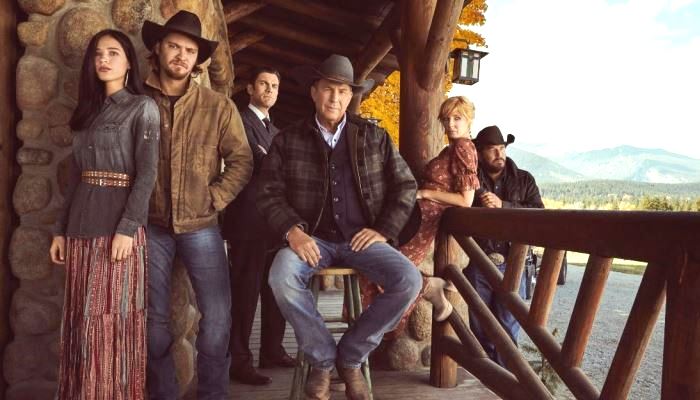 The show 1923 which is set in the time of pandemics, including western expansion, prohibition, and the great depression is a prequel to the Paramount Network show Yellowstone. Besides this, it also serves as a sequel to the series 1899.

What role does Michelle Randolph play in ‘1923’?

In the Yellowstone prequel 1923, Michelle Randolph plays the role of Elizabeth Strafford,  a feisty and capable young woman who is all set to enter the Dutton family when she ties the knot with her fiancé Jack Dutton.

Elizabeth would be John III’s aunt by marriage. It seems like she will be a perfect addition to the Dutton family. It wouldn’t be wrong to say that Strafford is Michelle’s biggest role up until now. 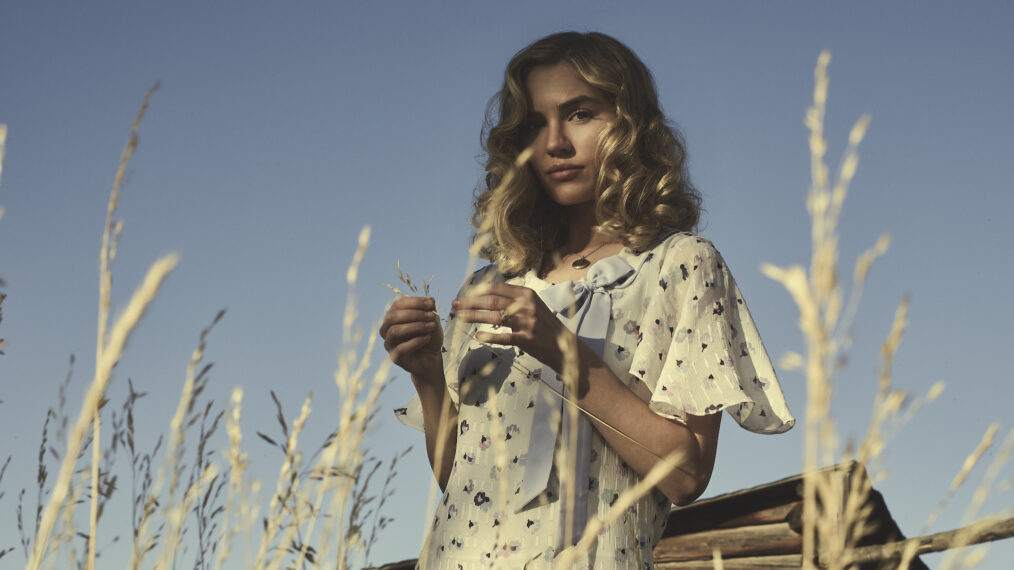 Here’s all you need to know about Michelle Randolph (early life, birthday, age, and childhood)

Michelle has an elder sister named Cassie Randolph and a younger brother whose name is Landon Randolph. Her older sis Cassie is well known for being on season 23 of the reality TV show The Bachelor starring former professional football player Colton Underwood. 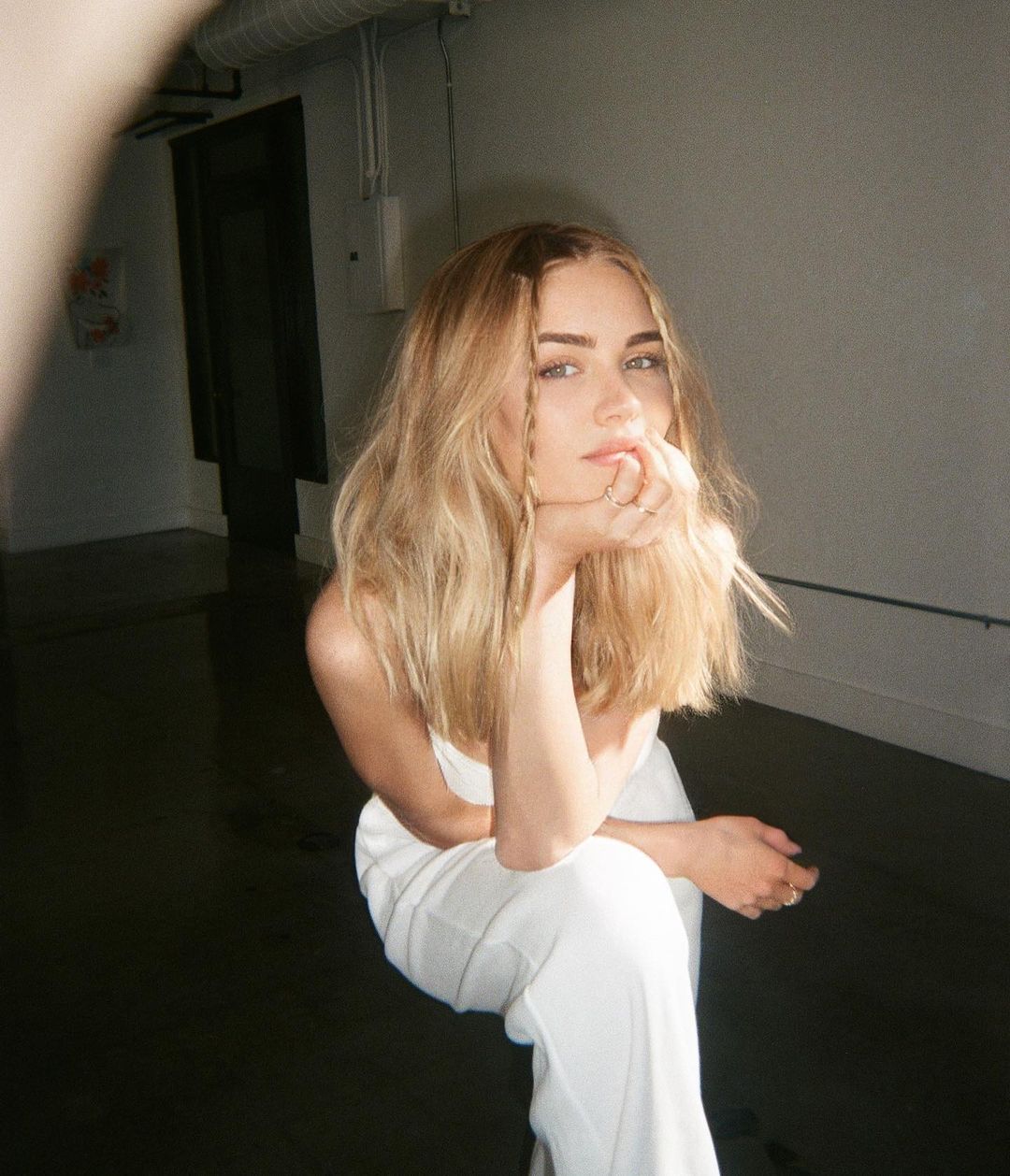 Michelle Randolph has a few acting credits to her name

To date, Michelle has appeared in a few films. She has starred in a couple of movies such as House of the Witch, A Snow White Christmas, 5 Years Apart, The Undertaker’s Wife, and The Resort.

Randolph is pretty active on the social media platform Instagram. As of now, she has nearly 500k followers on Instagram. The model’s Instagram feed is filled with stunning pictures of her.

Is Michelle Randolph single or dating anyone right now?

At the moment, the 1923 actress is off the dating market. According to her Instagram profile, Michelle is currently in a relationship with British actor Gregg Sulkin. The two of them have been together for almost 5 years now.

For those of you who are unaware, let us share with you, Michelle’s boyfriend Gregg is best known for his appearances in the TV shows like Wizards of Waverly Place, Faking It, Pretty Little Liars, and Marvel’s Runways. 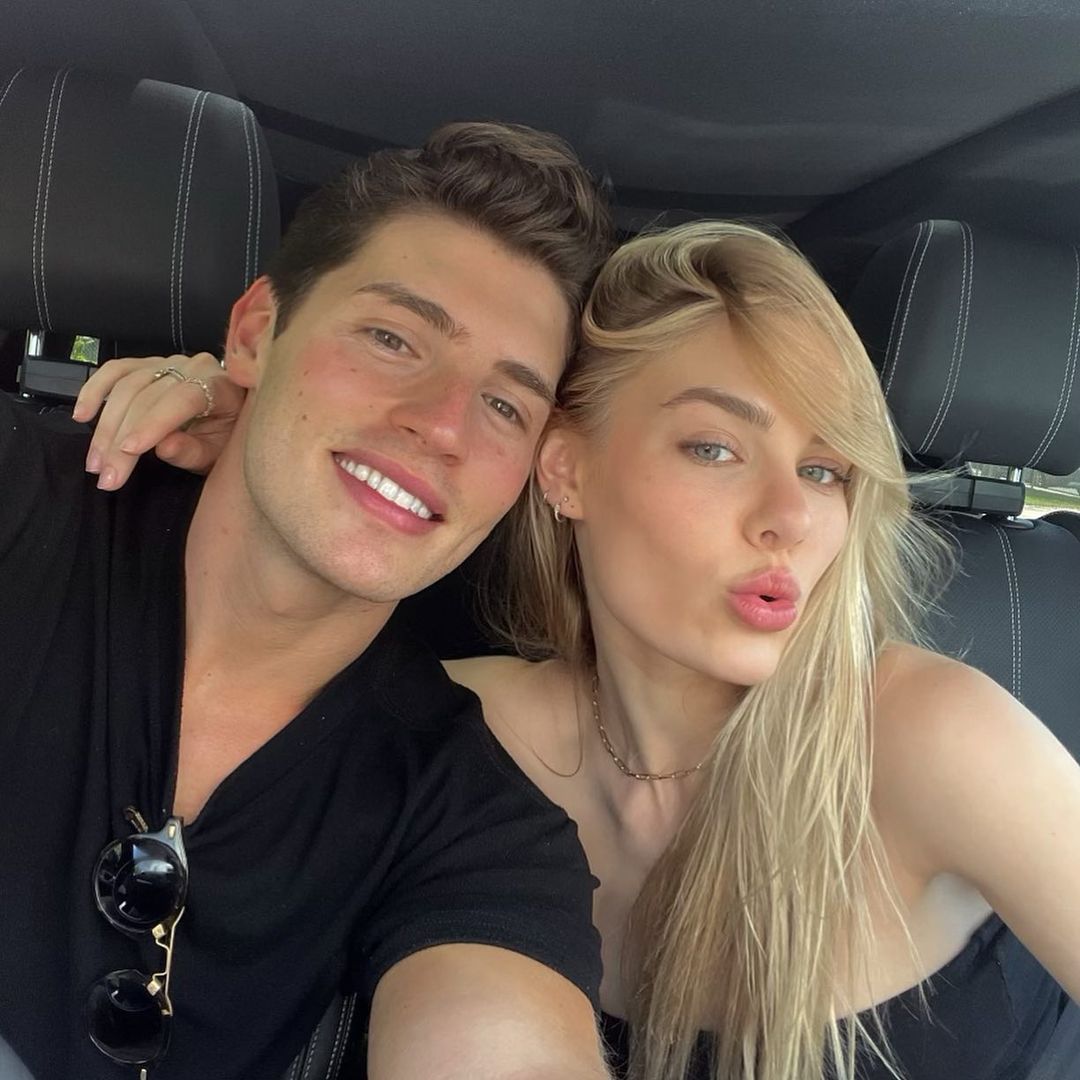 In addition to this, Sulkin has also starred in movies such as This Is The Year, Pretty Smart, A Cinderella Story: Christmas Wish, Don’t Hang Up, Status Update, Sixty Six, Another Me, Deported, The Heavy, White Frog, Avalon High and many more.

Earlier this year, in September, Michelle Randolph turned 25 years old on September 11 and her boyfriend Gregg Sulkin put up a sweet social media post to wish her a very happy birthday. He posted a cute snap of himself and his girlfriend Michelle on his Instagram feed.

Sulkin penned a heartfelt caption alongside the beautiful photo that read, “The first birthday in 5 years we aren’t celebrating together but that’s because you’re a superstar and killing it on your new show 👏🙌 you deserve the world and I am so excited to see what the next year brings for you. Happy birthday angel ❤️.”

Sulkin’s girlfriend Randolph simply wrote, “Love you,” in the comments of the Instagram post. She also added a red heart emoji in the post. We must say, these two lovebirds look pretty good together.

What’s next in store for Michelle Randolph?

According to a report by Deadline, Michelle will next be seen in a movie named The Throwback. The 5 Years Apart actress will star in the movie alongside Justina Machado (One Day at a Time), Will Sasso (Loudermilk), and Gregg Sulkin (Pretty Smart).

The Throwback is an indie comedy that will mark the feature directorial debut of Mario Garcia. The film headed into the production phase in Tampa in May 2022. Along with this, Randolph will also star in Specter Thriller Pictures’ Chasing Adventures. She is repped by Realm Talent and D2 Management. 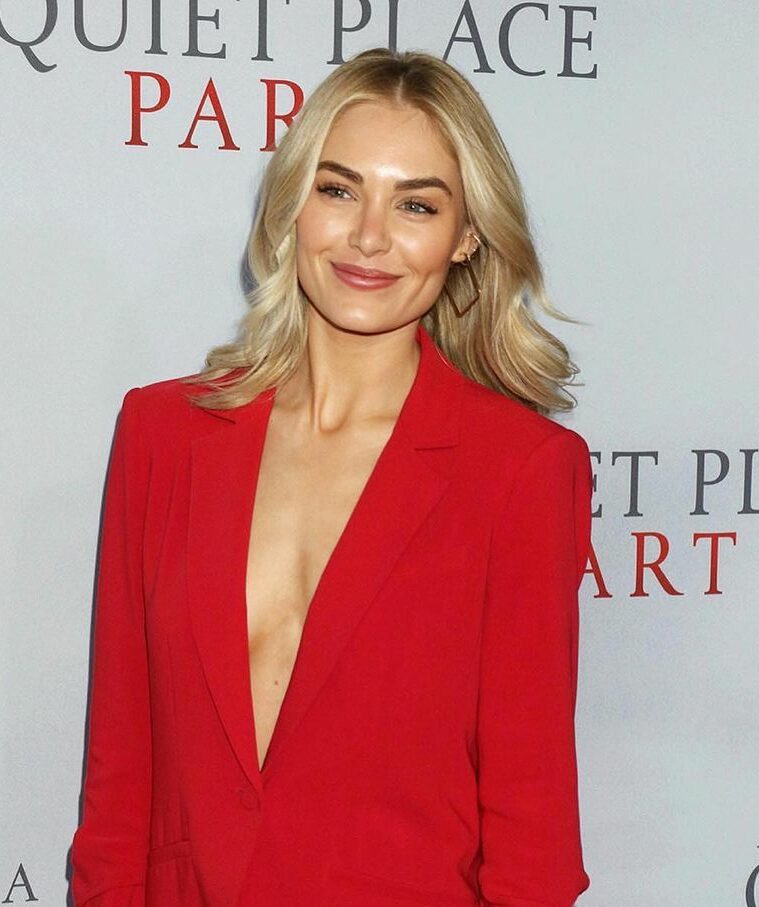 What is the upcoming movie ‘The Throwback’ all about?

The forthcoming movie titled The Throwback will narrate the tale of Kate (played by Justina Machado and Matt (essayed by Will Sasso), a married couple in a full-blown midlife crisis who are thrown into further turmoil when the wife, an underappreciated and stressed ‘supermom,’ suffers a post-traumatic breakdown during the holiday season, causing her to regress to her 19-year-old college party-girl self.

In the upcoming movie, Michelle will play the role of Shea, an aspiring social media influencer who becomes Kate’s new BFF.  We can’t wait to see what Michelle has in store for her fans all over the world. 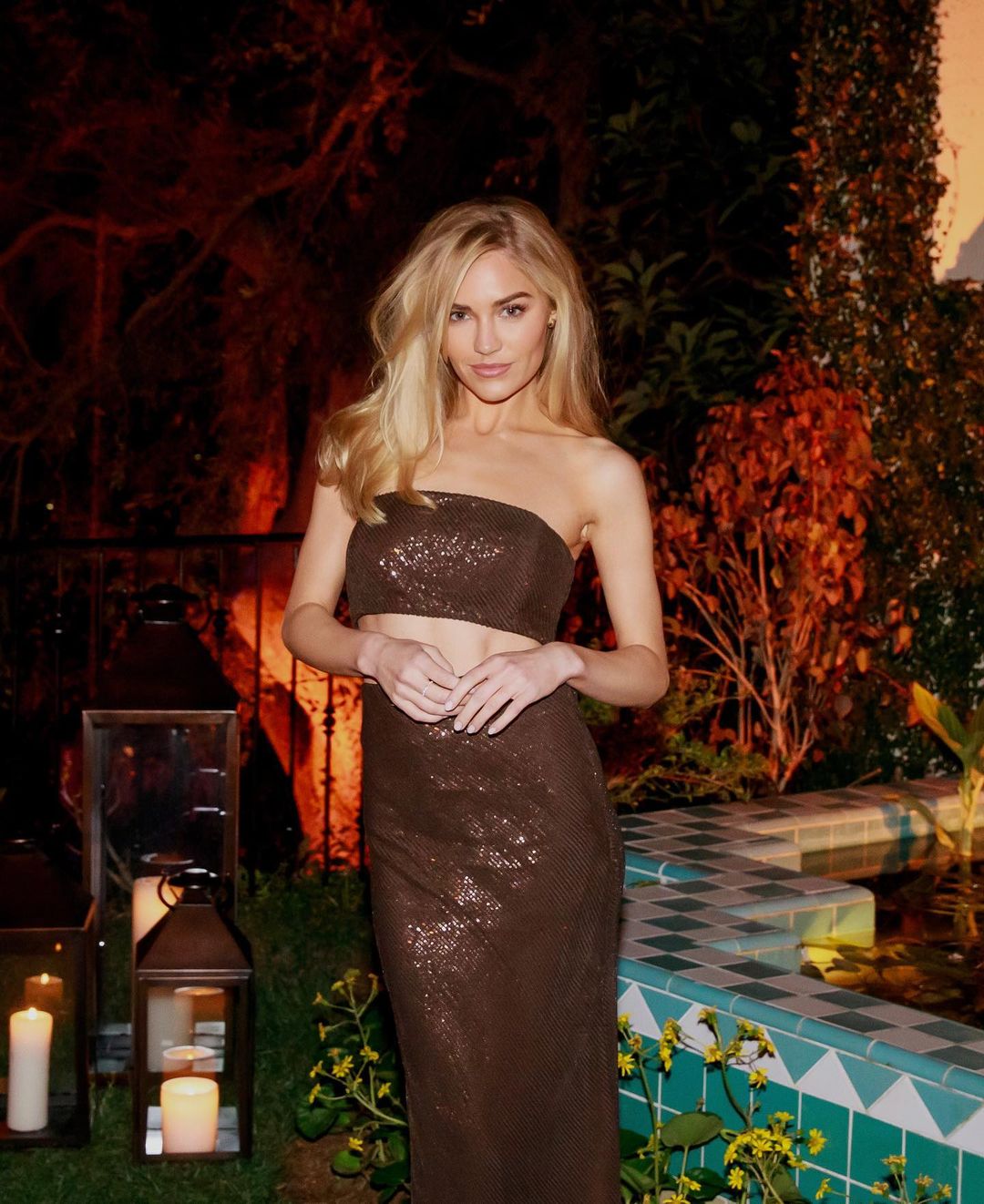 Mario Garcia penned down the script of the movie The Throwback. Not only this, he will also produce via his company Garcia Interactive, alongside Michael A. Alfieri of Miantri Films and Doug Fox. Along with this, Justina and Will’s longtime manager, Danielle Del, will exec produce alongside Justina and Sterling Macer Jr.

Did you like Michelle Randolph’s performance in the Yellowstone prequel 1923? Kindly let us know your thoughts in the comments section below. Don’t forget to stay tuned with us for the latest updates from the world of showbiz.