Alexa Bliss and Ryan Cabrera exchanged vows for a happily ever after!

Alexa Bliss, WWE star made it official with Ryan Cabrera, an American musician as the two got married in Kempa Villa in Palm Desert, California.

According to Bliss’s description of her wedding to the PEOPLE, it was a “very non-traditional” and “rockstar” themed wedding. 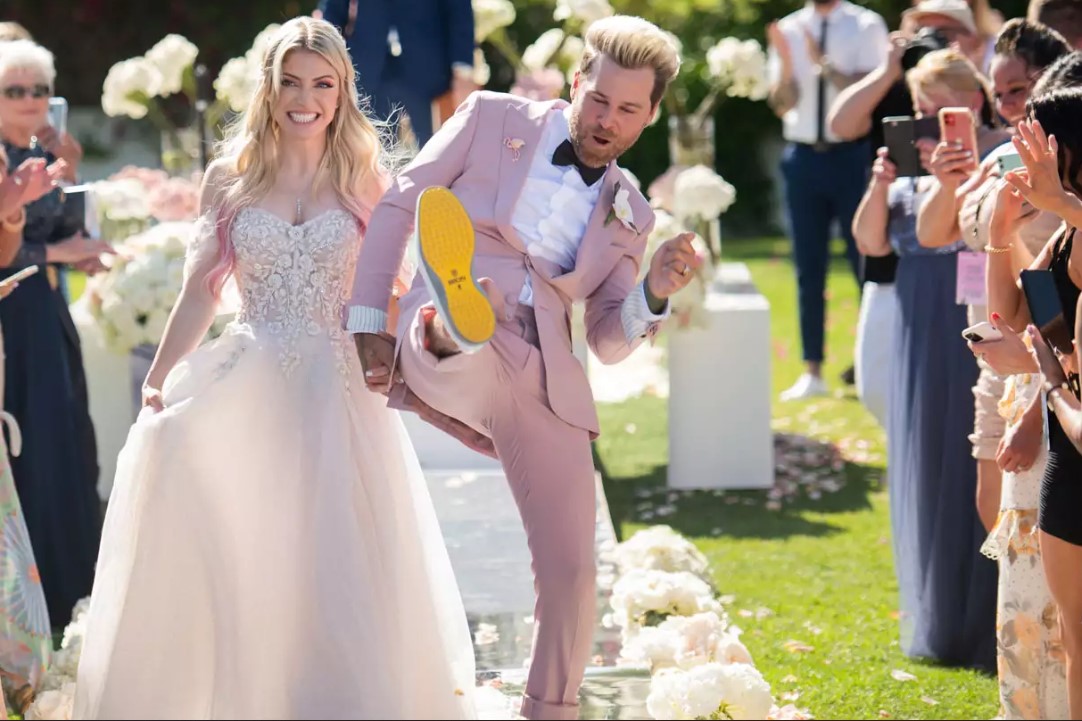 “The whole thing’s meant to bring out our personalities, and we are far from just normal.”, he continued.

The couple got engaged in November 2020 to each other after dating for two long years. Furthermore, they also fell in love with their friend’s venue where the wedding took place.

Alexa and Ryan Tie the Knot!

Ryan and Alexa exchanged vows on Saturday. The couple was swamped with people congratulating them on Instagram.

Alexa shared a series of images on her IG story where her friends, family, and acquaintances congratulated the two to pursue a happy married life. 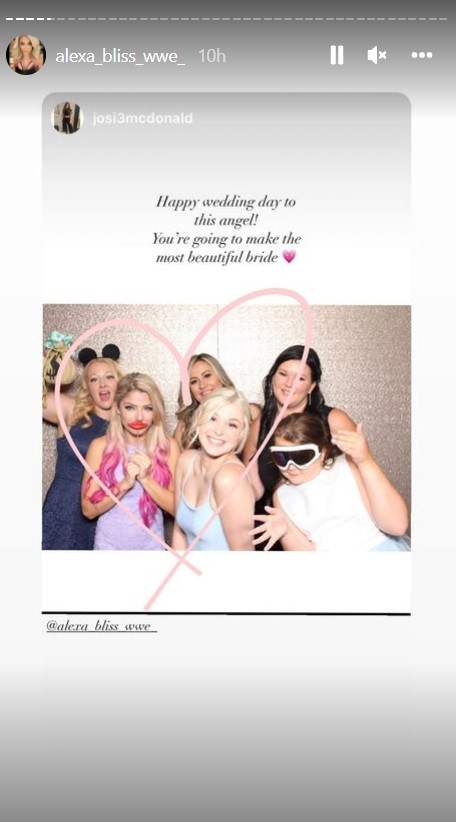 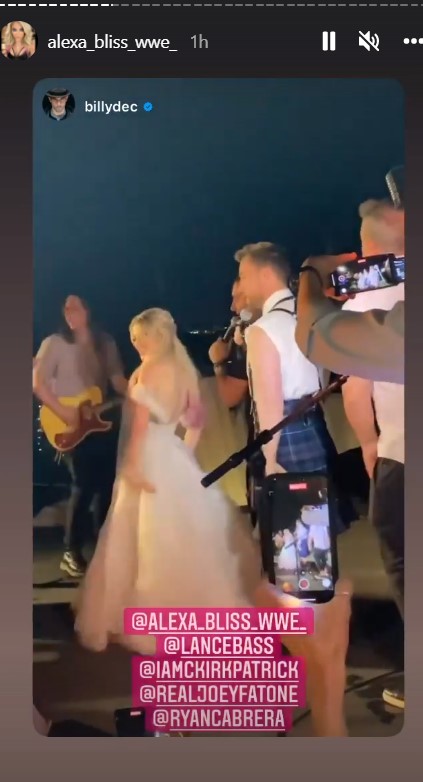 Bliss, speaking to PEOPLE about her marriage to Ryan said,

“If I wanted to know what the rest of my life would look like every single day I would be with anyone else in the world but Ryan. But I love not knowing, and I love knowing that I get to wake up next to him and bug him every morning, and it’s the best. I love our life together. We constantly make each other laugh, we constantly are having fun, and I’m just overall happier around this guy. We’re already married.”

The newlyweds will be heading to Hawaii in the next few days.

Speaking about her wedding and Ryan surprising her, she tweeted.

AMAZING WEDDING !!Ryan surprised me with performances by *NSYNC , bowling for soup, yellow card, Nash from hot chelle Rae, travis Clark from We the kings – Steve who wrote “say you won’t let go” & an amazing rock number by Stephanie Beatriz – we have the coolest friends 🤘🏻🥰

Bliss’s return to WWE is highly unpredictable, especially now. She has been the Women’s World Champion five times in the past.

However, she did send a signal a few days before her wedding day replying to a comment on Twitter addressing she is ready to come back.

In the course of the last six months, Bliss has only had a single match. However, in the showdown, she lost against Bianca Belair. Her win could get her the RAW Women’s title at Wrestlemania but unfortunately, that didn’t happen.

Moreover, the WWE superstar also had quite a night at her Bachelorette after a carousel of pictures was released by Adam Kent, the official photographer of the star’s wedding.

Bliss wore a custom dress by Netta BenShabu which aligned quite spectacularly with the theme of the wedding.

She was very ecstatic with her overall look, she said, ”

The bottom of my dress has four different layers of tulle — two of them are glitter tulle, and one of them is blush.”

“There is a long train in the back that’s all glitter, but it has a bustle in the back too, to lift it up so I can dance and all the things. It’s very whimsical, very fairytale-esque.” 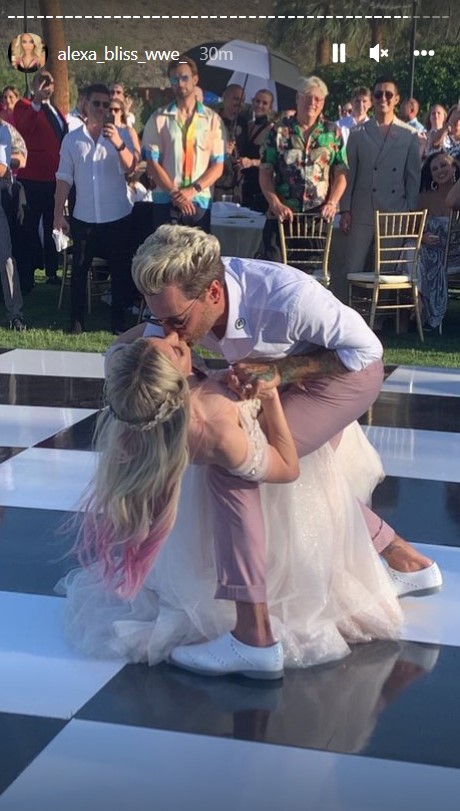 Post the wedding, the couple had a good time during the cocktail hour. 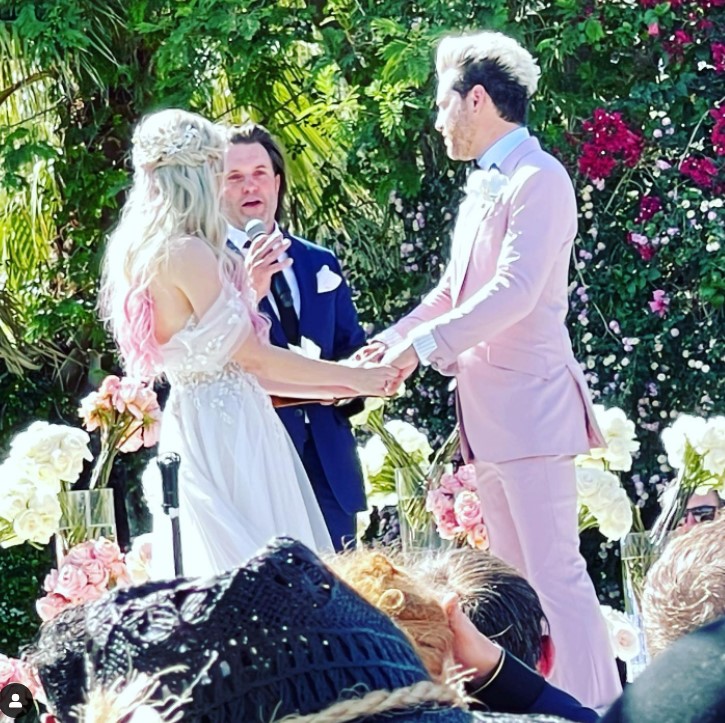 The two were madly, deeply, and truly in love. They had a blast at their wedding with their guests, and close family members.

We wish congratulations to Ryan Cabrera and Alexa Bliss for a very happy future.