We know you all are pretty excited to know more about the whirlwind romance of Adam Shulman and The Devil Wears Prada star, Anne Hathaway. So what are you waiting for? Keep scrolling to catch deep insights into their relationship. When did Anne meet Adam?

The Princess Diaries star met Adam for the first time at the Palm Springs Film Festival in the year 2008. Later on, she stated that she sensed that she would end up marrying him in the future.

In February of 2013, during an interaction with Harper’s Bazaar UK, the 39-year-old spilled the beans on her first meeting with Shulman and at that time she even told a friend of hers, “I’m going to marry that man. I think he thought I was a little nuts, which I am a bit, but I’m also nice.” 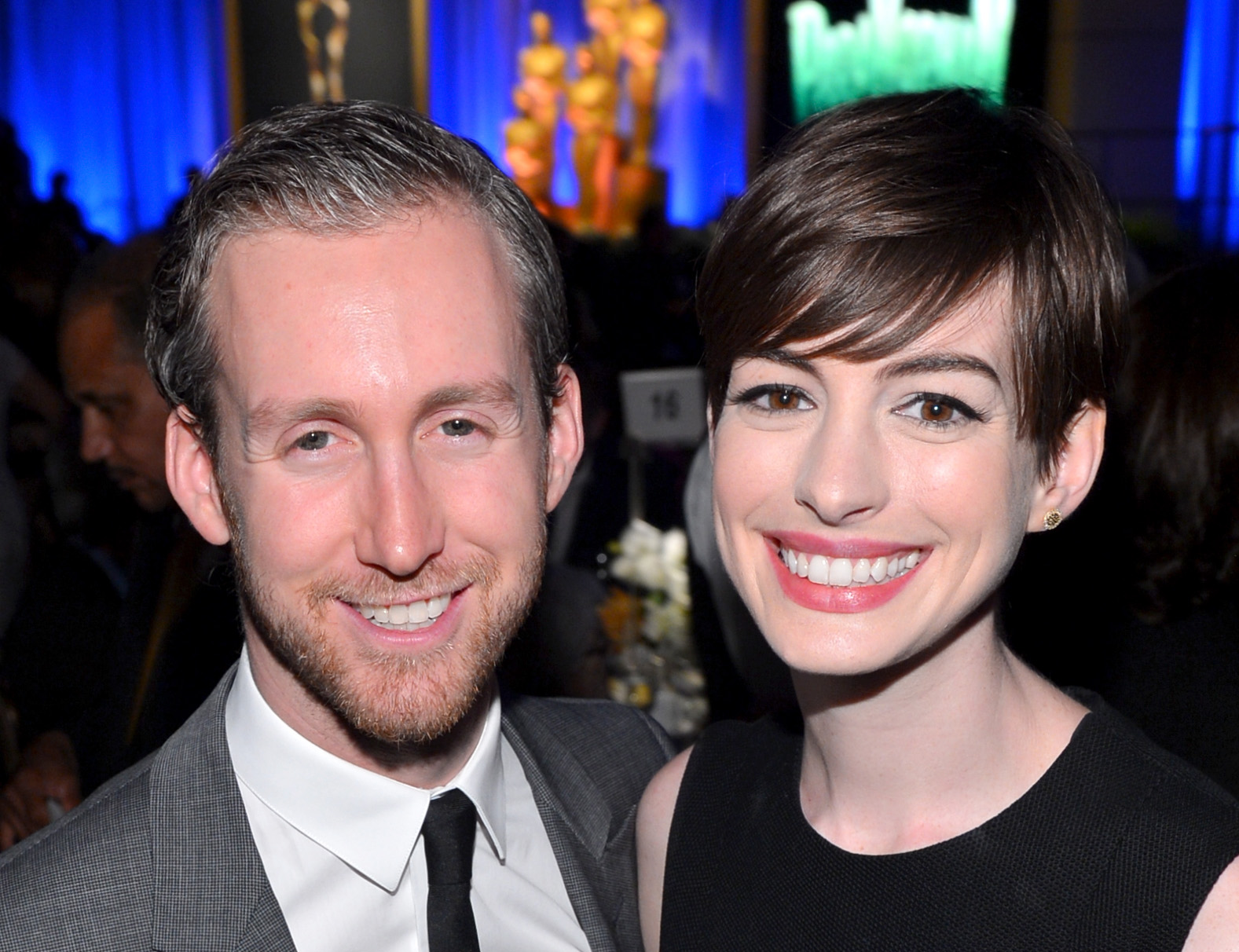 Hathaway further added, “I was just very honest with him. I knew from the second I met him that he was the love of my life. I also knew that I couldn’t have met him at a worse time… I took my trust out for a ridiculous joyride with him. [I told him,] ‘I believe, because I need to believe, that what just happened to me was the exception and not the rule, and that people are good and you are a good person because I feel it. ”

The Hollywood star concluded by saying, “And so I am not in a good place right now, but I’m going with this.’ And he has never hurt me. And I was right. It was scary. But as the days wore on it kept on getting better and better. I found that the love I found for him made me more trusting of everyone, and the more I started to see who I had become. I had lost track of myself during those years and I actually started to see who I had become and that’s… that’s when things got tricky and ugly. Having to forgive myself.”

For those of you who don’t know Adam Shulman is an actor, producer, and jewelry designer. Anne confirmed that she was engaged in November 2011. The name of his own jewelry brand is James Banks Designs. The New York native designed Hathaway’s emerald-shaped diamond engagement ring. 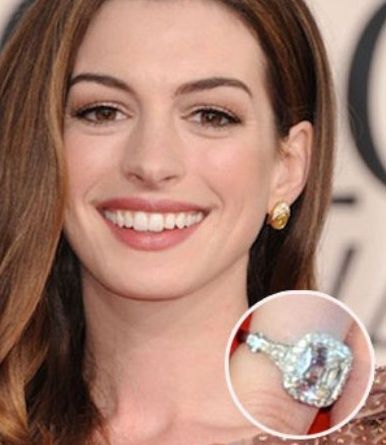 As per the website of the brand, their pieces are handmade from recycled material in Southern California. “Through initial discussion, pieces are dreamt of, invented, designed, and then methodically brought to life,” the brand’s website says.

Adam is a film producer

Shulman is a film producer too. He and Anne even worked together on an Indie drama movie titled Song One in the year 2014. Then Hathaway told People, “At first, I was curious how it would go. People always say don’t work with your spouse. But I loved working with him.” 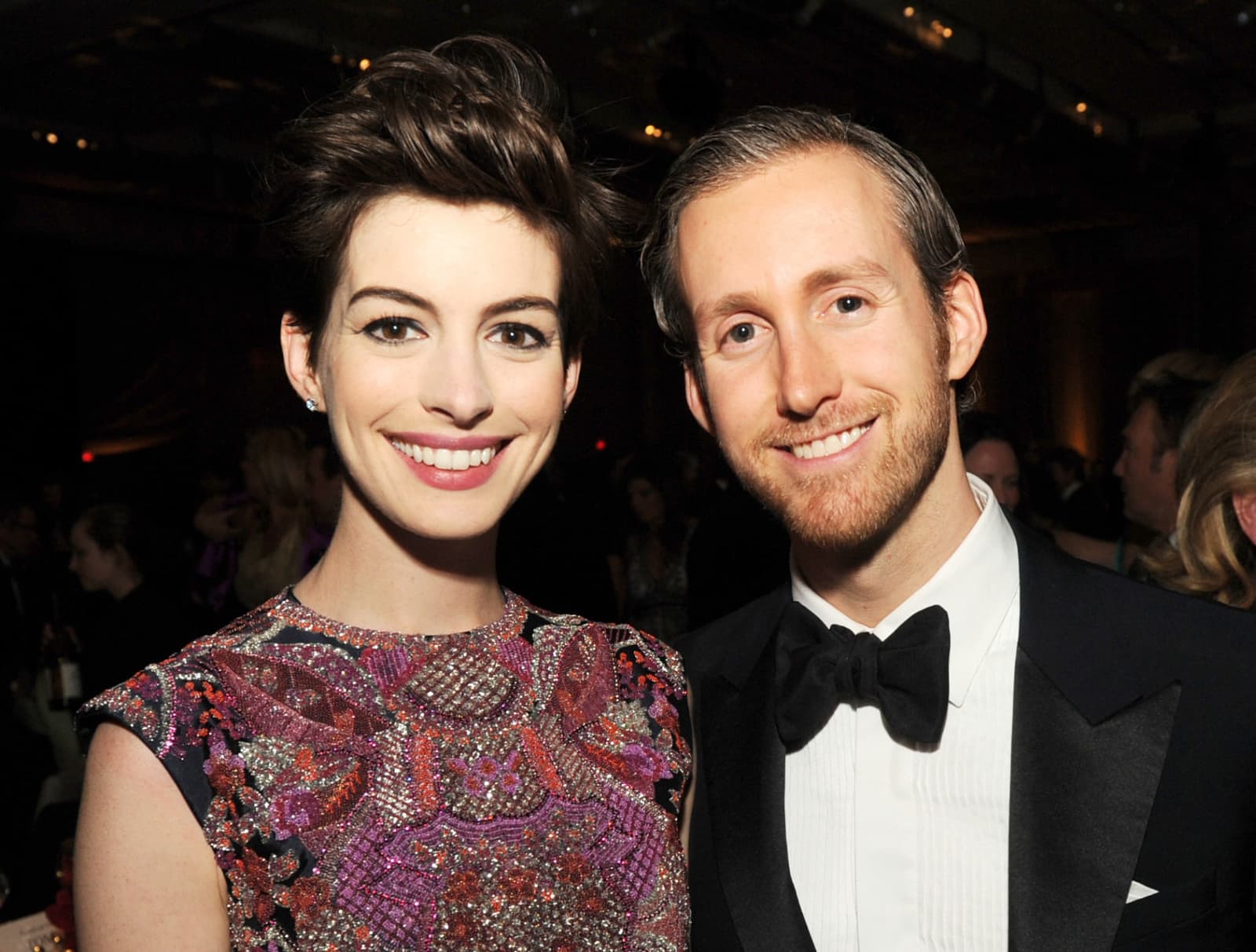 She further added, “He’s really good at this, and he’s a wonderful producer. And I feel like I actually learned a lot from him in the process.” He graduated with a B.A. in theater from Brown University.

In the past, Adam has also acted in a few films including The Dukes of Hazard: The Beginning, Ricki and the Flash, and Kinsey. Along with this, he has also starred in the NBC show American Dreams. He played the role of Paul O’Bannon in the show.

Anne and Shulman tied the knot on September 29, 2012, in Big Sur, California, in a traditional Jewish ceremony. As per the reports of People, more than 150 people were invited to their wedding. The wedding celebrations of the duo began on Friday, with a rehearsal dinner at the Ventana Inn and Spa. Their wedding ceremony took place in a nearby estate. A source told People, that the décor of their wedding was quite classy and rustic.

A Quiet Place actress Emily Blunt is one of the closest friends of Hathaway. During an interaction with Elle in 2017, her The Devil Wears Prada co-star said that Shulman “has been Annie’s greatest achievement in many ways. He’s sort of home away from the storm of fame that she lives with.” Blunt further added, “Being with the right person has been a major part of her growth, but I don’t think she cares as much anymore. That’s something both of us feel now: Who fucking cares? You get to a point where the stuff that you used to sweat just doesn’t matter. It’s a great place to be.”

How many kids do Anne and Adam have?

The pair shares two children, both boys. They welcomed their first son named Jonathan Rosebanks Shulman in the year 2016. She gave birth to their first child on March 24, 2016. Just two months after giving birth, she spilled the beans about her baby daddy. She told Entertainment Tonight, “As was to be expected, he is spectacular.” A few years later, Hathaway surprised her fans all over the world as she confirmed that she and her partner Adam were expecting their second baby via a rare Instagram post. She announced the great news in July 2019.

The duo welcomed their second child, a boy named Jack Shulman in November of 2019. We must say, both of their kids are super cute. The pair tries to keep their sons away from the flashing cameras. Anne likes to keep her personal life private.

Shulman made fun of his wife during the pandemic period

In October 2020 during an interview on Jimmy Kimmel Live!, the Love & Other Drugs star talked about how things have been at her home since the pandemic hit all of us. She said, “It’s so embarrassing. I don’t know what I was thinking, but you know those little magical thoughts you have that keep you going, that keep your anxiety at bay, and it’s like, ‘As long as I do this thing, everything’s gonna be fine?’” Hathaway further added, “So I decided that it would keep my family safe if I put tape around all of our light switches and our doorknobs because…these are the most oft-touched surfaces, and we’ll just remember to wash our hands and put Lysol on them. And I remember I did this and my husband came upstairs, and he saw what I’d been working on, and he was like, ‘What? Why?’…And he continued to make fun of me.”

The host of the talk show, Jimmy asked Anne if something strange happened with her during the early days of the pandemic, Hathaway replied shaking her head, “Ugh. He’s so perfect. I know I shouldn’t say that, it’s too much pressure. But he’s a really easygoing guy, so he usually hits the bullseye pretty right. I’m the one that spins out a little bit. I’m very lucky I married him.”

During the same interview with Kimmel, The Dark Knight Rises actress disclosed that she and her hubby Adam have not decided if they want to have another baby in the future.  “Yeah, I don’t know,” she said. 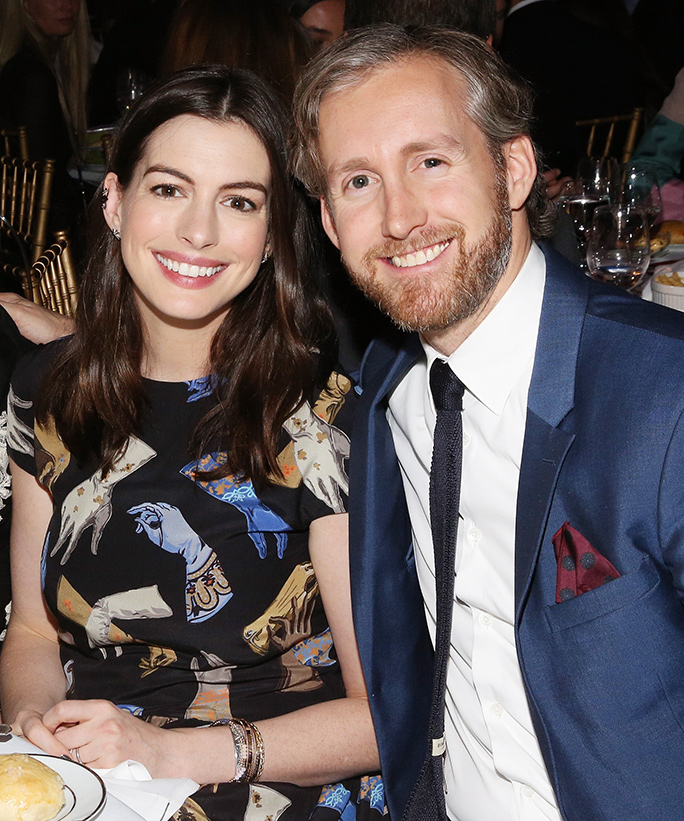 Since lockdown, the duo has made several public appearances

Since then, Hathaway and her husband Adam have begun to make public appearances. They have been spotted at several events including the opening of The Music Man on Broadway, a casual date at Soho House in New York City, and in Milan at the Giorgio Armani fashion show during Milan Fashion Week. When we talk about the recent outing of Anne and Adam, they were spotted out and about in the public together for a Pre-Met Gala appearance. She wore a pink dress with a brown coat. She was seen talking to someone with a mobile phone in one hand and she had a baby pink mask in the other. She completed her look with a black bag and a pair of pink heels. 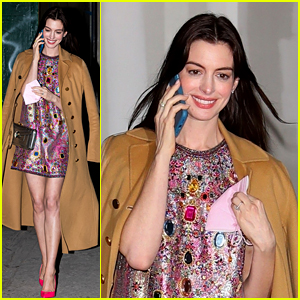 The Oscar-winning actress brought her A-game to attend fashion exec Derek Blasberg‘s birthday party on Saturday night (April 30) in New York City. The event was held in the days, that lead up to the Met Gala so a large number of celebs marked their attendance.  Hathaway was also clicked by the paps during the same day. She opted for a blue sweater while going shopping at Stubbs & Wootton.

Adam Shulman and Anne Hathaway are one of the most beautiful couples in Hollywood. Don’t forget to stay tuned with us for the latest updates from the world of showbiz.