It takes a lot for two people to overcome all obstacles and interferences to become a happy couple. Why is that? For the sake of the relationship! Jessica Biel and Justin Timberlake have been through a lot together.

In February 2011, the couple briefly split up after becoming public about their relationship in January 2007. They reconnected in July of that year and got engaged in January of the following year. Today they have two children and are happy parents. 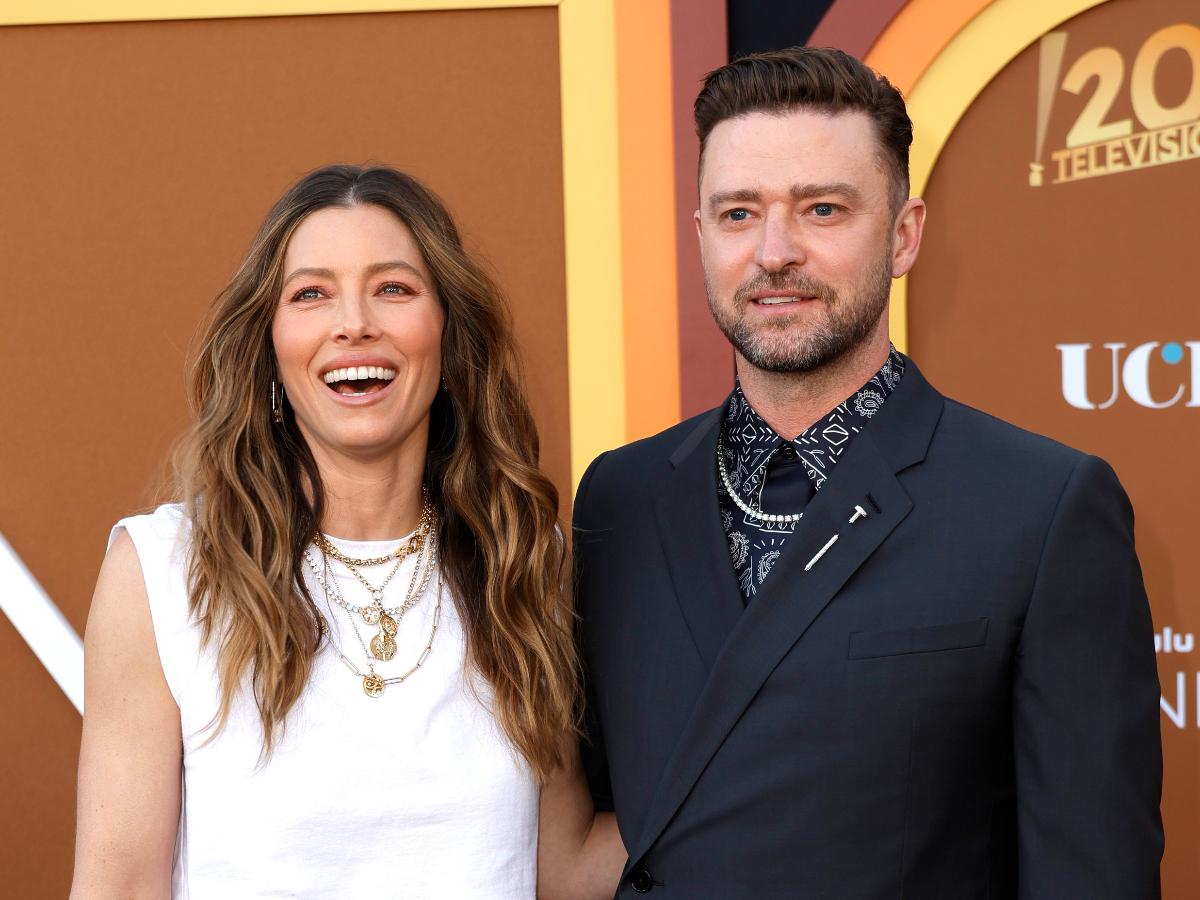 Jessica Biel and Justin Timberlake’s relationship has spanned the years, beginning with their first meeting to their surprise second child. You can learn all about their relationship timeline by reading on.

Jessica Biel met Justin Timberlake at the 2007 Golden Globe Awards. During a later interview, Biel’s “7th Heaven” costar Beverly Mitchell revealed that she witnessed the sparks fly during the initial encounter. She told Access Hollywood Live, “It was very sweet. There was definitely flirting going on. 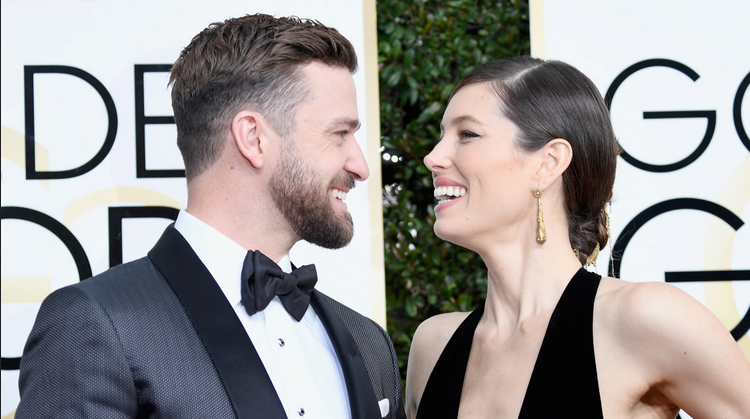 Timberlake’s friend later asked Biel for her phone number, and when they last talked, Timberlake requested Biel on a date, but things didn’t work out that well. During an interview through the Hollywood Foreign Press, Timberlake admitted that he had to be persistent in getting her to say yes. “She agreed because I am tenacious, and if I want something, I stick to it.”

May 2007 Marked the Public Debut of The Pair 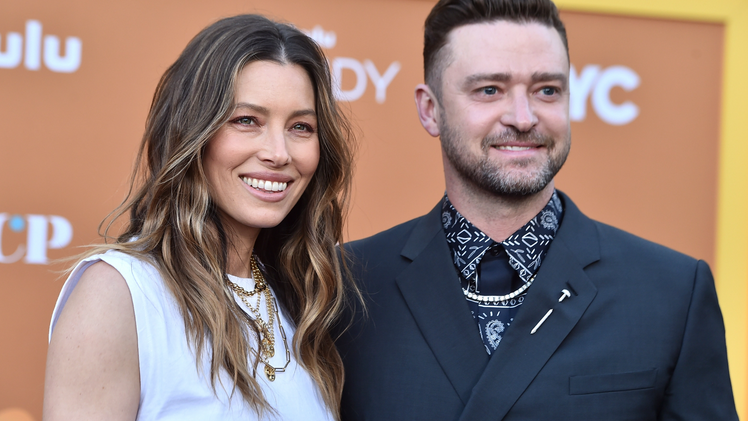 Daily Mail shared photos of Biel and Timberlake kissing when she flew to the UK to meet Timberlake on his tour. It was “difficult and kind of bizarre” for her to deal with paparazzi with her and Timberlake, she said in an interview with Parade.

Timberlake Mentioned Biel’s Relationship With Him in September 2007 Interview 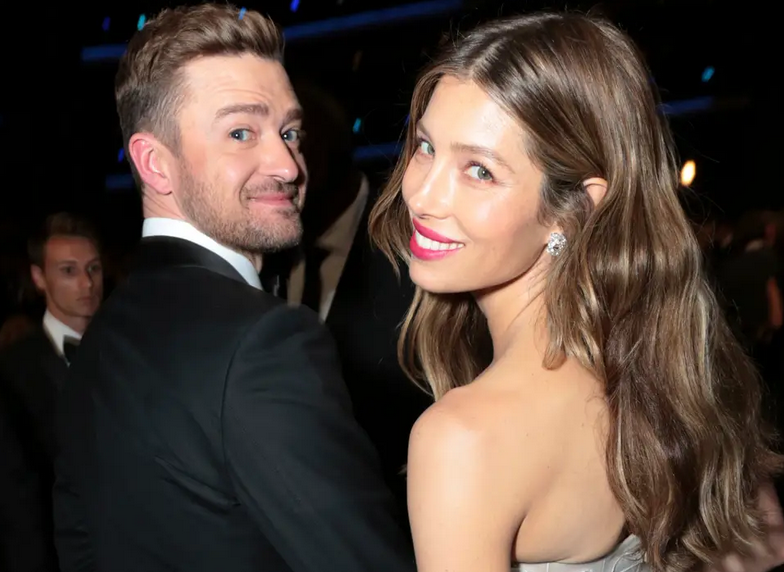 A Note from Timberlake’s Mom In 2010 About Biel

Lynn Harless happily noted that Biel is dating her famous son during a William Rast fashion show. Biel decayed to speak their relationship out with Vogue, telling it “the most precious thing in my life.” 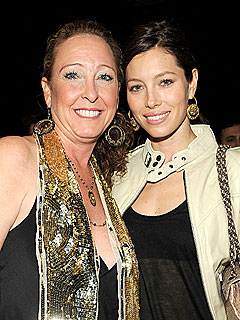 Lynn shared with People the relationship was both humorous and creative. “Her family is wonderful, and she’s very down-to-earth.” She said, “they’re both very funny and creative. They’re always trying to out ‘special’ each other, they’re pretty openly affectionate”.

A Sad Announcement Was Made About Their Separation in March 2011 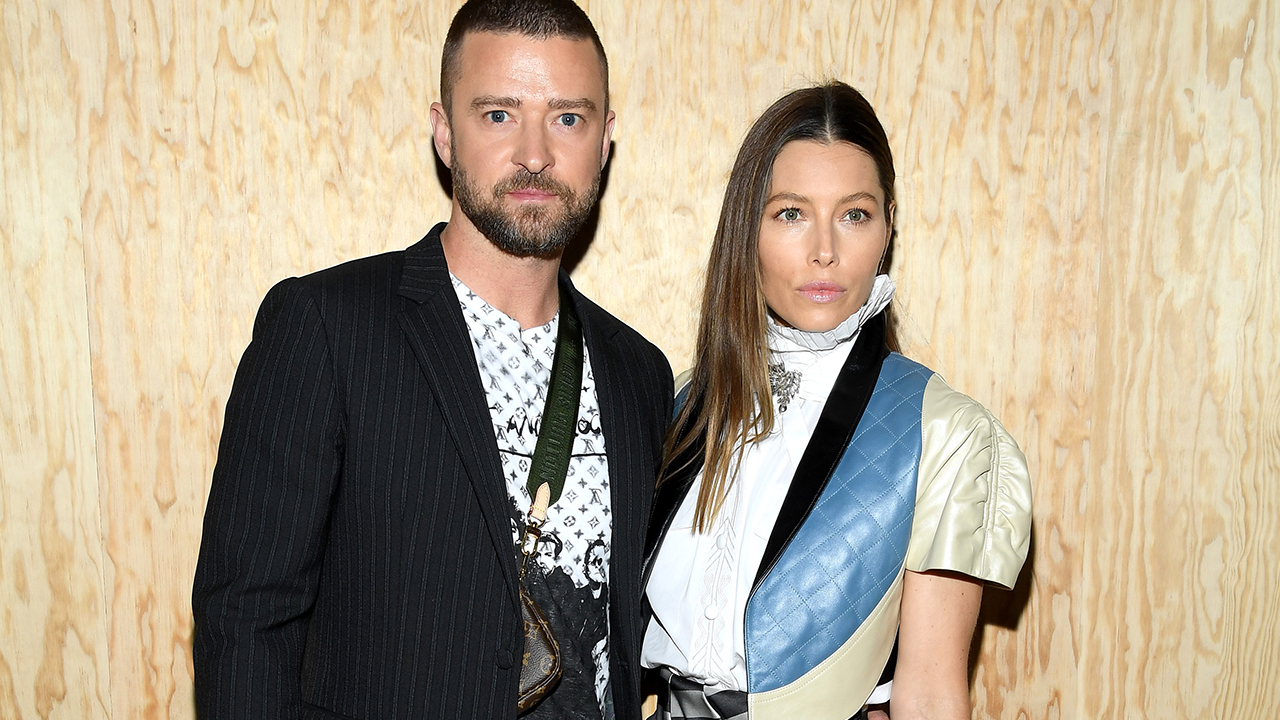 A statement came from a representative of the singer, which confirmed the gloomy update, stating that the pair’s relationship ended after many years. There was a great deal of sadness among their fans at the breakup of their four-year relationship.

In June 2011, Timberlake Expressed Positive Words About His Ex 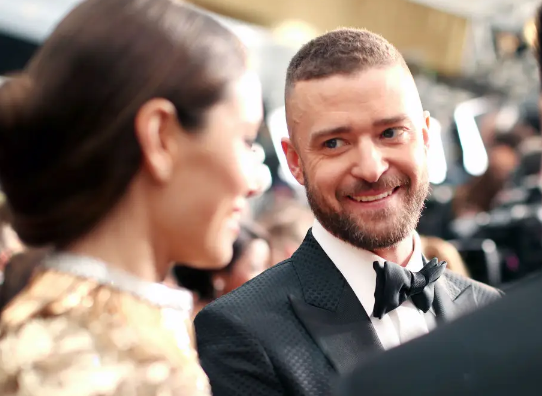 Vanity Fair quoted Timberlake as saying nothing but good things related to his ex even though the relationship had ended. I don’t want to say much more about her because I must protect the things I cherish – like her.” “I have known her for 30 years, you know.”

The weekly magazine published photos of the ex-couples eating tacos together in July, and E! posted pictures of them witnessing a bike ride in august. Their fans presumed that they have reconnected.

During The Holiday Season, Timberlake Proposed To Biel in December 2011 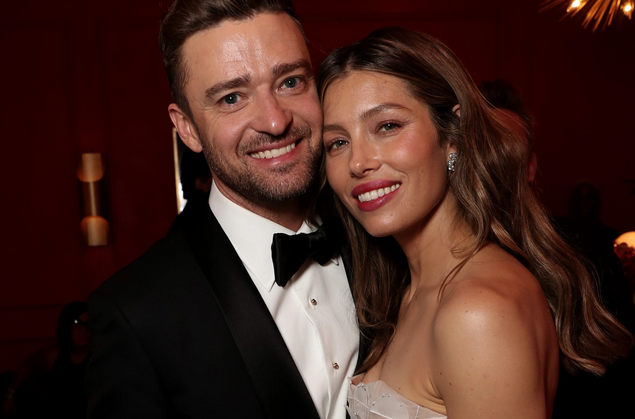 Timberlake proposed to Biel in Montana while pleasing by the stunning views. Amazon Music reported that he said, “When I did propose, I was looking at the mountains and said, ‘Oh there’s a shadow on my finger,’ and I had the ring on my pinkie.”

Their Wedding Took Place In 2012

In an interview with Brides magazine, Biel said that her wedding was going held in the Tuscan countryside, and she dressed in a pink outfit. While Timberlake walked his bride down the walkway, she started singing. 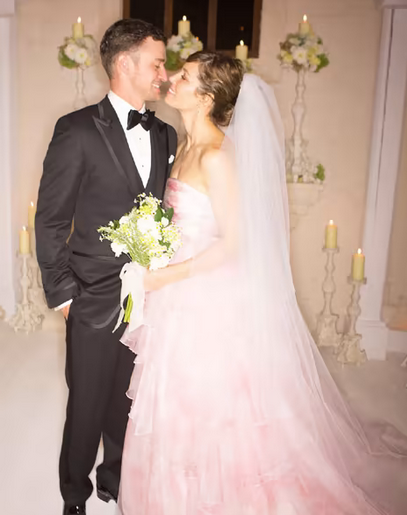 Timberlake said in an interview with People magazine, “I wrote this song specifically for her and the evening.”.

Timberlake And Biel Had Their First Child In 2017 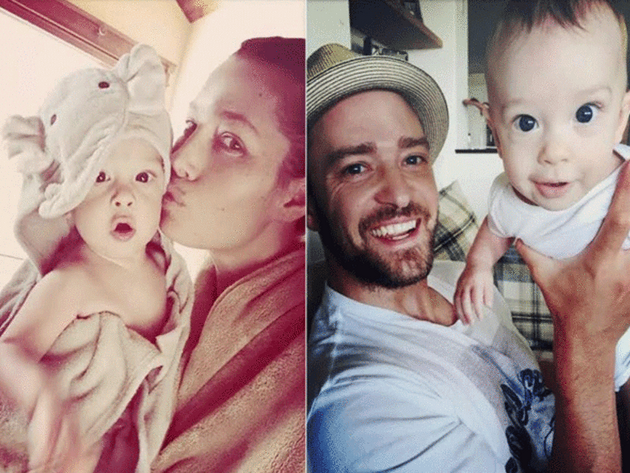 Justin posted an Instagram photo of Biel’s growing baby bump some years after their marriage. In the caption, he wrote, “Thanks to EVERYONE for the Bday wishes! This year, I’m getting the greatest gift ever. Can’t wait”. People reported that Silas Randall was their son in April.

Their Halloween 2016 Was Filled With Beautiful Moments 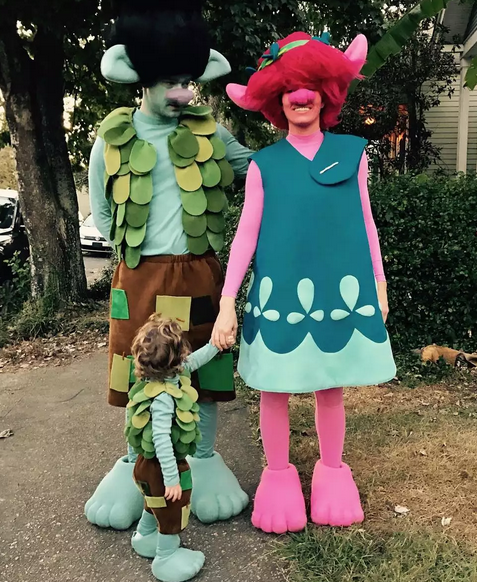 There was no longer an air of secrecy surrounding the pair. Throughout the year, they have posted photos of their family’s Halloween costumes, for this event they dress like trolls as in Timberlake’s film “Trolls.” Biel’s caption accompanied the photo: “Halloween from Poppy, Branch and Lil Branch. We are trollin’…”

In 2017, Biel Commended Her Husband 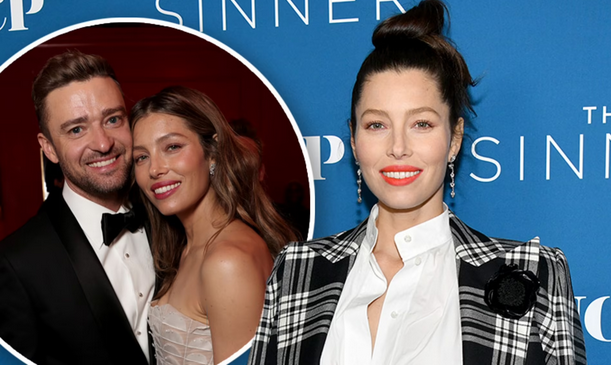 Biel shared Timberlake’s birthday photo on Instagram in January. I can’t convey ALL the aspects of my love and respect for you in words, so she added a caption to the photo, “A picture is worth a thousand words. And thank God, for there aren’t enough words.” 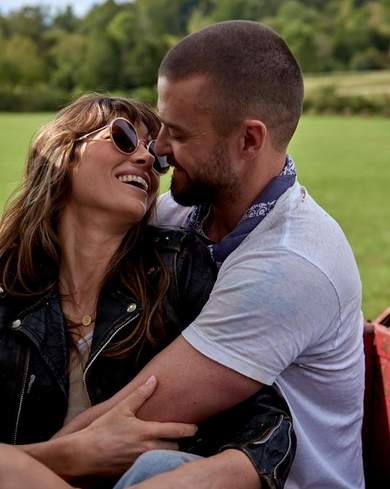 Happy birthday, my beloved. May your year be filled with all the beautiful things you have accomplished and all the wonderful things to come. Plus, you’re a super hot dad. A chef dad. Teeth brushing father. I love you, you hot dad. I’m right by your side, OG fan girl #1. Happy birthday. Now go crush it this weekend at SB LII.”

During The 2018 Emmys, The Couple Were Seen Together 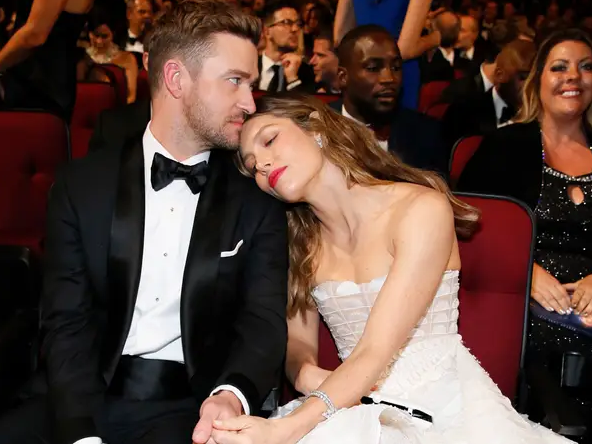 In February, Timberlake and Biel shared a romantic moment on the red carpet of the Emmys. Silas even got a secret message from them. In his “Man of the Woods” video, the Grammy winner made his wife the star. They danced in a barn and took a stroll on a romantic night.

Justin Timberlake and Alisha Wainwright were spotted out in November 2019 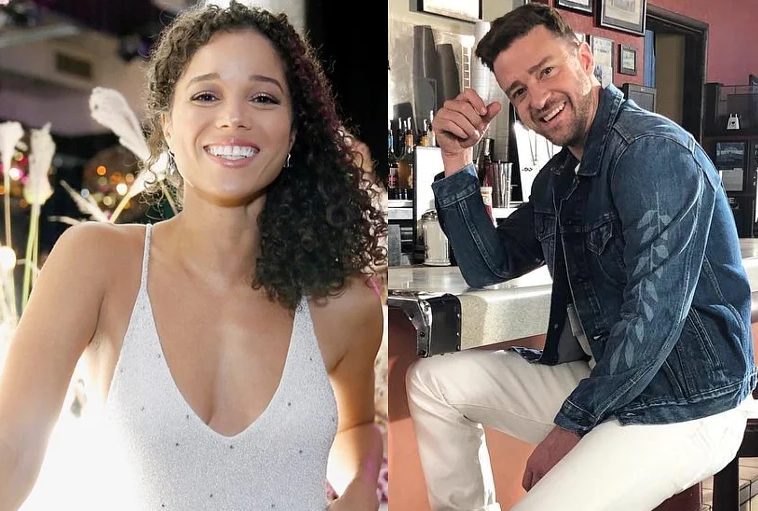 Alisha Wainwright, Justin’s costar in Palmer, was snapped holding hands with Justin in November 2019. In a night off, Justin and Alisha were out with the cast and crew members when Justin seemed to become too familiar with her. In the wake of the actor and singer’s actions, media outlets scrutinized Justin’s every move, finally prompting the actor to speak up.

In mid-2020, Justin Timberlake & Jessica Biel Had Their Second Child 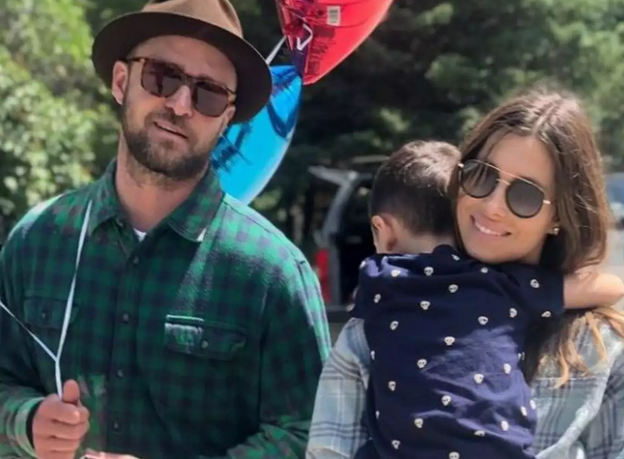 There were rumors that a second child had been born to Justin and Jessica by mid-2020. During an appearance on The Ellen DeGeneres Show six months later, Justin finally confirmed the news. During a January 2021 conversation with the host, Justin shared the name, Phineas. “He’s awesome, and he’s adorable,” Justin said. “And nobody’s sleeping. But we’re thrilled. We’re delighted, couldn’t be happier, very grateful.”

Jessica and Justin make a hot couple, don’t they? Is that how you feel? Leave your comments below. We will keep you updated with more celebrity gossip. Stay tuned.