TikTok has come up with yet another new feature called “TikTok Now” which seems to be clearly inspired by the latest social media sensation, the BeReal app. Check out everything about the newly rolled-out feature here. 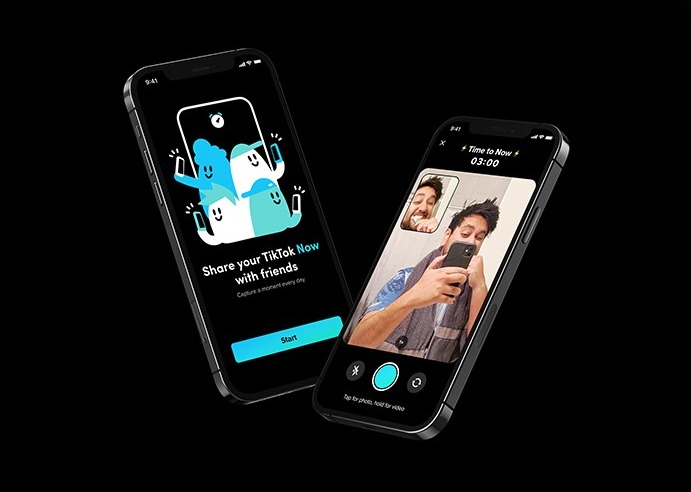 TikTok Now is being launched as a standalone mobile app across certain markets outside the U.S. However, it’s coming as an in-app feature in the United States. The company is said to be testing the feature lately since the beginning of this year.

Recently, Instagram and Snapchat also came up with Candid Challenges and Dual Camera features, respectively. These new features are a clear take on BeReal’s rapidly increasing popularity as all major players try to attract its user base.

What is TikTok Now?

TikTok has started rolling out a new feature termed “TikTok Now” which seems to be a copy of BeReal’s main functionality. This feature asks users to capture random pictures at any given time of the day using the phone’s front and rear cameras, just like BeReal.

TikTok Now urges “you and your friends to capture what you’re doing at the moment using your device’s front and back camera.” You’ll receive a daily notification to capture a video or photo to quickly share without being able to edit it or apply filters. 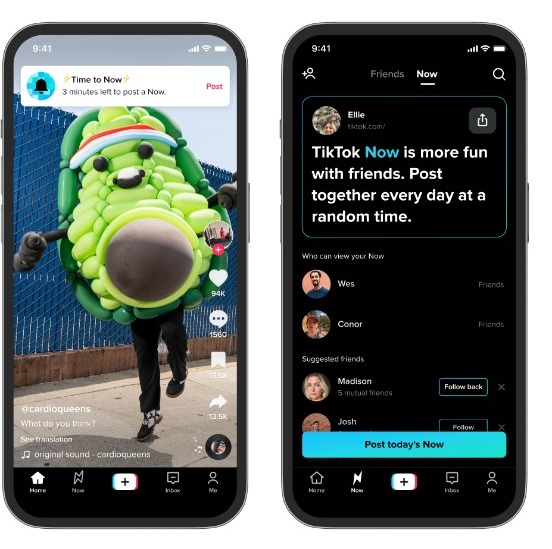 As per Sensor Tower, TikTok Now, the standalone app, rolled out globally late on Sunday, September 18, 2022. However, it is yet to rank in the Top Overall iPhone apps chart in any market.

How does TikTok Now work?

In the United States, TikTok Now is available as an in-app feature inside the TikTok app. You just have to update the TikTok app to the latest version in order to access it. You can find the “Now” button on the bottom navigation bar right beside the posting button.

Just tap on “Now” to see an Explore feed of TikTok Nows. You’ll be able to see “a daily photo and video experience” – from the “people who matter the most” according to TikTok. The feature will send you a daily prompt to capture a 10-second video or static photo to share what you’re doing at the time. 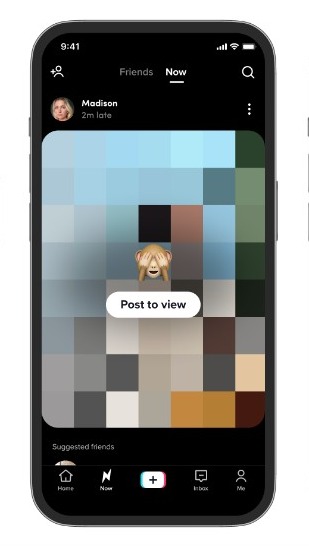 There are also some privacy features to protect yourself from abusers. Users must be 18 or above to share their TikTok Now posts on the Explore feed. For users, who are 13 to 15 years old, only their friends (people whom they follow and who follow them back) can see the Now posts.

The default setting for adult users is also set to “only friends.” You can alter the changes according to your preferences.

How to use TikTok Now to post candid Photos/ Videos?

Using TikTok Now is very simple if you have previously used BeReal. Even when you haven’t, TikTok will regularly send you prompts to post candid pictures/ videos from front and rear cameras to use the feature.

TikTok has confirmed that the independent app available outside the US allows users to opt-in to receive push notifications for the social check-ins despite having their other TikTok notifications silenced.

When you get the notification to post Now, there will be a 3-minute timer in which you’ll have to capture two photos or videos, one from the rear and one from the front camera, and post them. 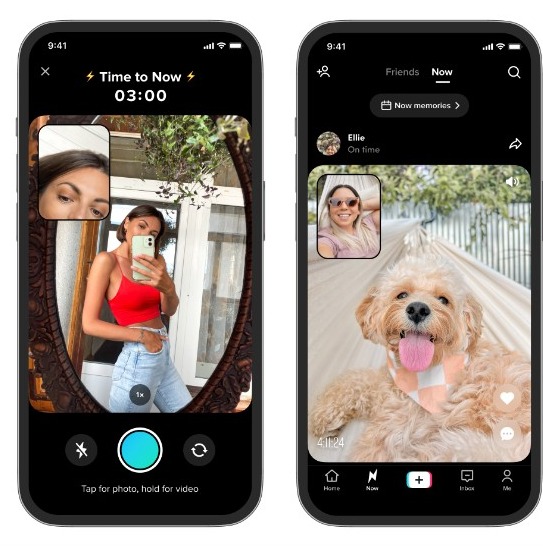 Apart from that, there’s a new “Now” button present on the bottom navigation bar on the TikTok app. Tap on it and you can go through other users’ Now photos and videos in the newly introduced Explore feed.

That’s all the new feature brings for TikTok users. If you have any doubts and queries regarding the Now feature on TikTok, feel free to use the comment box. We’ll be glad to help you more.