How To Use Snapchat Dual Camera Feature

Snapchat has rolled out a new feature titled “Dual Camera” which allows users to use both the front and rear cameras to film content simultaneously. The latest feature has been in development since April. Here’s how to use the new Dual Camera feature on Snapchat. 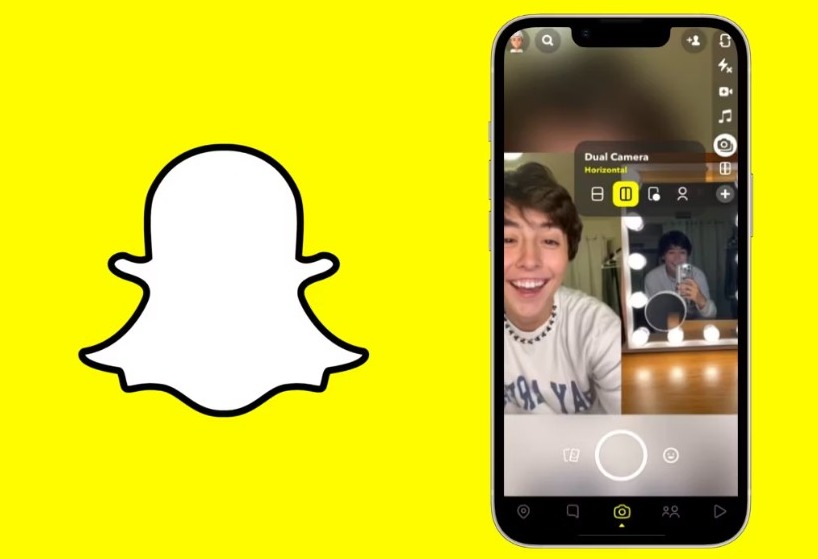 The Snapchat update has arrived on iOS devices for now and will be available on Android in the coming months.

“Snap’s Camera is one of the most used cameras in the world. Today, we’re introducing Dual Camera, a new way for Snapchatters to capture multiple perspectives at the same time – so everyone can be part of the moment, as it happens,” Snapchat wrote in the news release announcing the feature.

Many are considering Snapchat’s take on the rising popularity of the BeReal app, which offers similar functionalities without an option to edit or apply filters to your pictures. Instagram is also internally testing a similar feature named Candid Challenges.

What is the “Dual Camera” Feature on Snapchat?

When you use this feature, you’ll have four dual camera options (layouts). These layouts allow you to capture multiple perspectives at the same time. Two of them let you align two images horizontally or vertically, the third one is for picture-in-picture, while the ultimate is the cutout option. 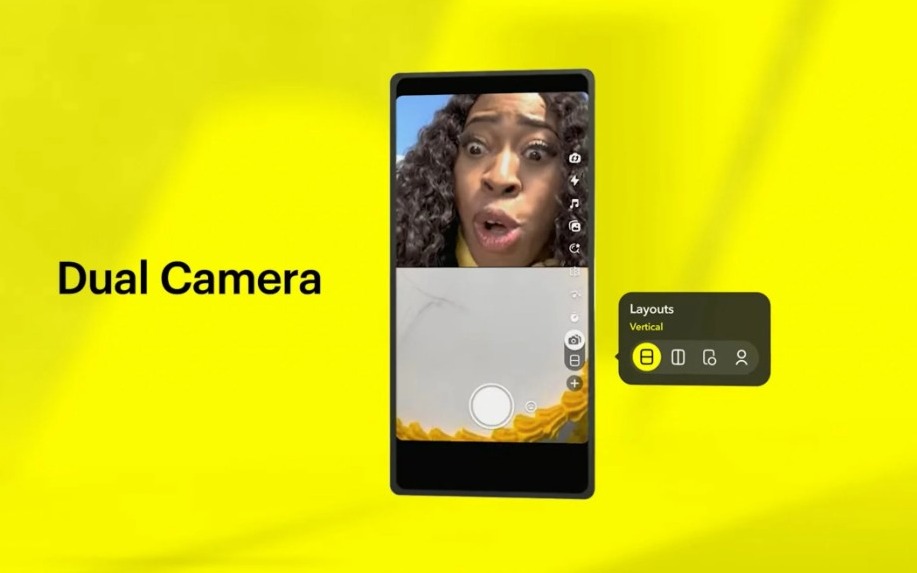 This new feature indeed seems inspired by the viral sensation BeReal app. However, Snapchat has added its own twist as users can use Lenses, Stickers, and Music with the pictures or videos captured with a Dual Camera.

Snapchat had previously tested the feature with the upcoming Director Mode in April. The much-awaited mode is focused on creators and will offer them exclusive tools and functionalities to improve their content. 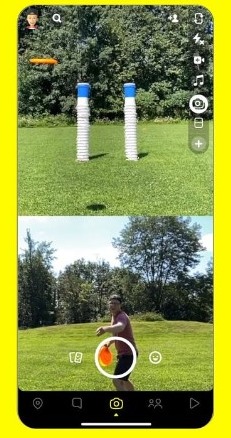 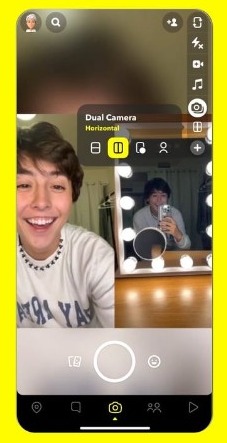 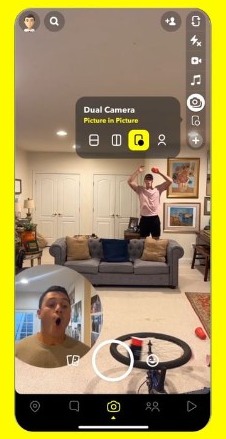 You can easily switch between these camera options according to the situation. One time or another, all of them will be useful.

How to Use Snapchat’s Dual Camera Feature?

Using the Dual Camera on Snapchat is pretty simple. Make sure you are using the latest version of the app to have access to this feature. Android users can’t use it currently as it’s only available for iOS devices, iPhone XS/ XR/ XS Max, or later.

That’s it. The best thing is that Snapchat didn’t keep the new feature behind the Snapchat+ subscription. It’s available for everyone, except for Android users.

When will Snapchat Dual Camera be available on Android?

Snapchat’s Dual Camera is only available on iOS devices right now. It’ll be available later on Android. “Dual Camera will be available globally on iOS today, with Android support in the coming months,” Snapchat wrote in the news release announcing the feature. 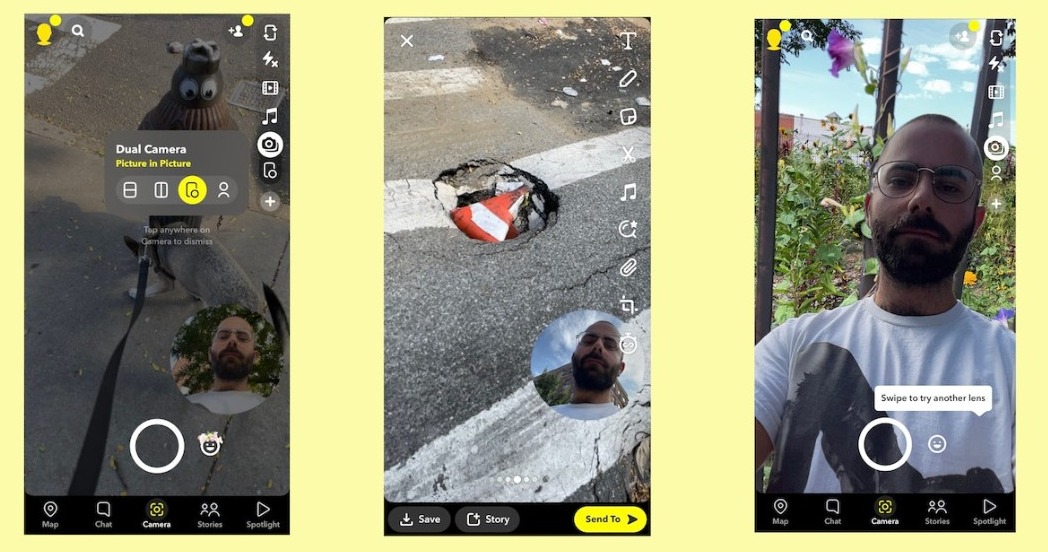 For now, the feature is available on these devices:

We’ll let you know when the exciting feature launches on Android. Make sure you are always using the latest app version.