Snapchat Support Code C14a Error: How to Fix it?

Snapchat is among the most opened apps by Gen Z. However, the users are recently struggling with a login issue on Snapchat accompanied by the Support code C14a error. This quick guide will explore how to fix the C14a error on Snapchat. 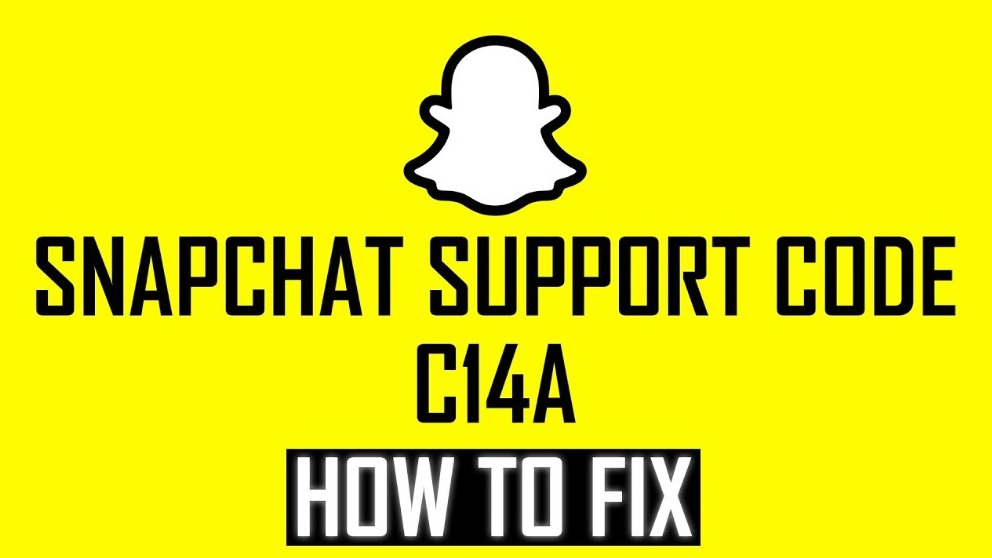 This particular issue prevents the users from logging in to the app and using it. They are just thrown out of their accounts and they can’t log in. Some users have also reported that the app crashes after the error code appears.

After rolling out Snapchat+, the app has introduced a lot of new content and features that have made the app a bit unstable on certain devices. In recent times, users have also faced issues like the front camera not working on Snapchat and the app keeps logging out.

What is the Support Code C14a Error on Snapchat?

The C14a code error asking you to contact support on Snapchat appears due to an in-app glitch. This usually occurs when the app is trying to install a new update and you try to use the app. However, it may also appear due to other causes including server downtime.

When this error appears, you can’t log in to the Snapchat app even after multiple attempts. Hence, you can’t use Snapchat and are left out of the app. This issue also annoyed thousands of users last month as well. 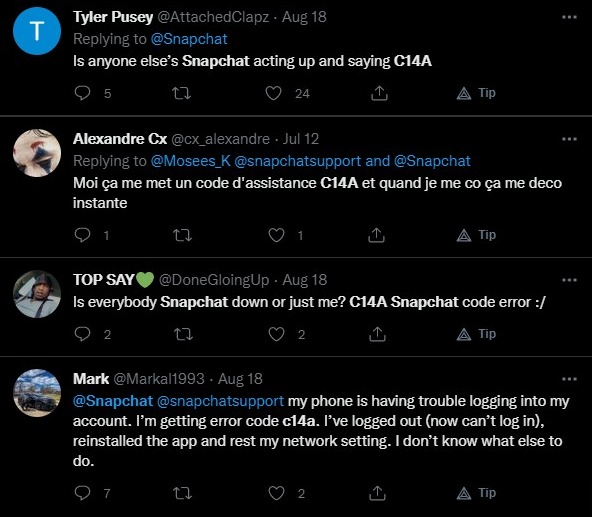 Now, this issue has been troubling users since the morning of August 18, 2022. Twitter is full of users reporting the issue to Snapchat. However, the app’s support handle is yet to respond and offer a resolution.

Why does this issue appear repeatedly?

Snapchat’s C14a error code appears repeatedly due to the fact that the app continues to install new updates every now and then. When there is a bug in the update, it triggers the issue, and users can’t log in.

Another reason is that this issue may also appear when the Snapchat servers are down. There can be a number of causes for that including regular maintenance and certain problems. Hence, this issue keeps coming back.

How to Fix Support Code C14a Error on Snapchat?

The good thing is there are a number of fixes you can try when encountering the C14a Support code error on Snapchat. The first thing you should do is check if Snapchat is down and the servers are experiencing downtime.

To do that, visit a website like Downdetector.com and see if Snapchat is having issues with the servers. If there are several reports present on the website, then you should simply wait until Snapchat fixes its problems, and then you can log back in. 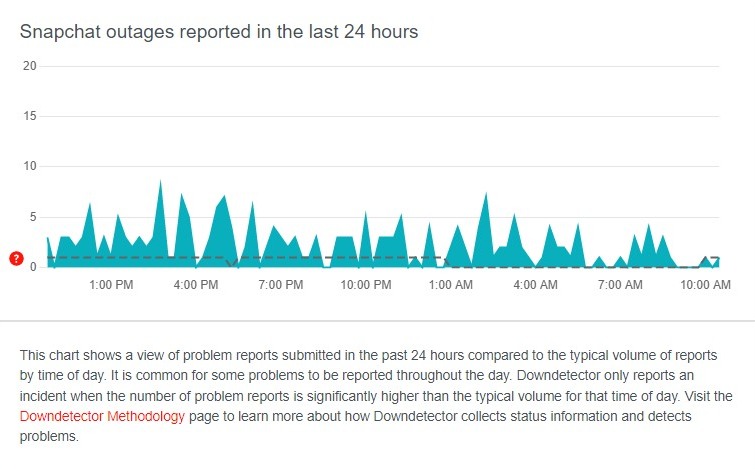 However, if there are no reports available and only you are experiencing the issue, you may try the following solutions:

Update the App to the Latest Version

When you face this issue, you just have to head over to the Play Store or App Store (depending upon your device), and see if there is an update available for Snapchat. 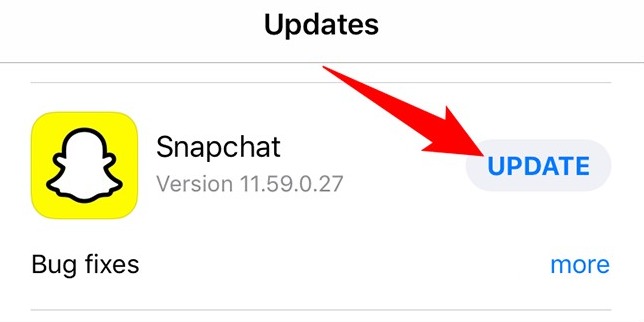 Now, if you see an update is available, quickly install it. Once the update is installed, launch the update, and log in to your account. If you are able to log in properly, then the issue is gone.

App updates are rolled out to fix existing issues and optimize the user experience. Hence, you should always use the latest version of any app to get the best out of it.

Snapchat has an option to clear the app cache which is very useful to resolve such issues. You can try it to fix the Support code C14a error on Snapchat. Follow these steps:

That’s it. After implementing this solution, check if the error is gone and if it still appears.

Report the issue to Snapchat Support

If the issue is still there, then you should report it to Snapchat and wait for them to offer a solution. To do that, visit the Snapchat support page from here. On the page, select the “I see an error message when I log in” option, and fill out the form available below. 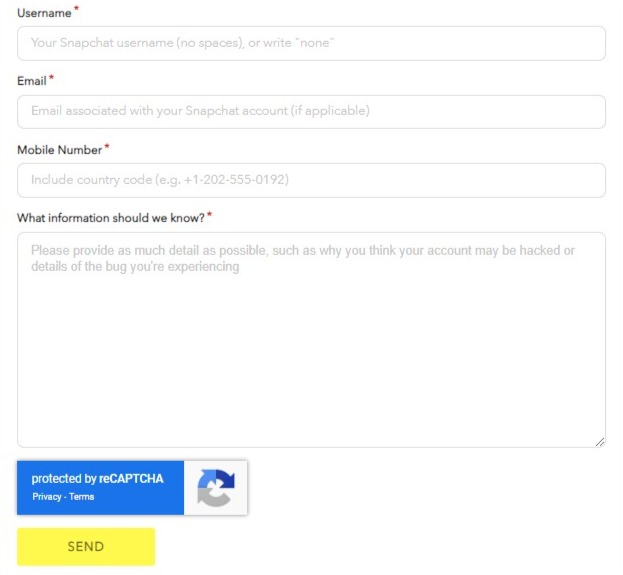 Make sure you enter accurate information with decent language. After that, solve the captcha and submit it. Snapchat will then go through your request and respond to it via email.

You can also report the issue to Snapchat on Twitter. The app has a dedicated support handle (@Snapchatsupport) which you have to tag in your tweets to make your voice heard.

Snapchat will soon roll out an update on this issue. Until then, you can try out some other cool apps. We will keep you updated.