Snapchat Front Camera Not Working? Here are Some Fixes

Snapchat users have been struggling with a number of issues recently that have been turning the otherwise sweet experience sour. Many users report that the app’s front camera is not working correctly. Learn how to fix the front camera not working issue on Snapchat. 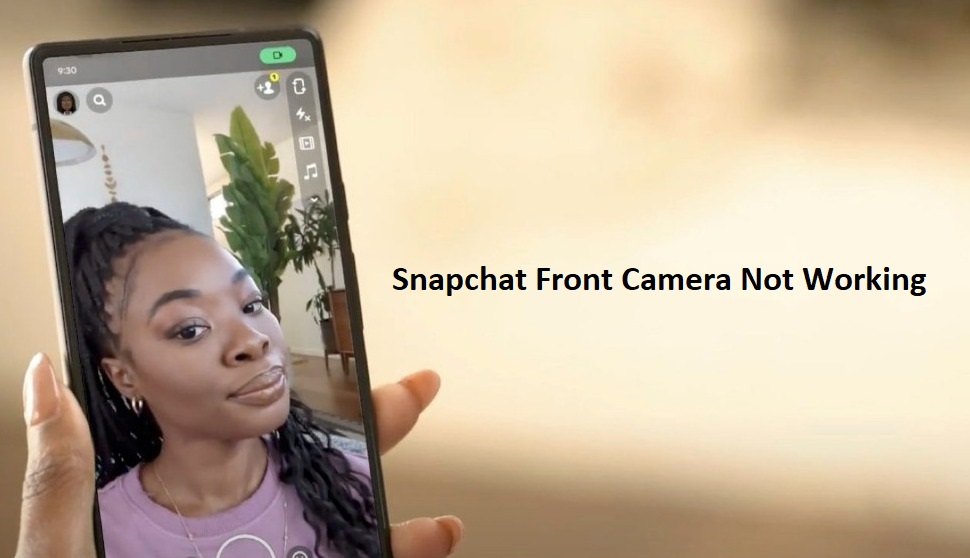 Snapchat is widely used by users to click selfies, groupies, and other pictures as the app feature an incredible range of filters. However, the latest issue isn’t allowing users to use the front camera of the app. Taking selfies has become a tedious task due to this glitch.

A few days ago, Snapchat users were also reporting that the app keeps logging them out for no reason while some claimed that their accounts have been banned wrongly. Luckily, Snapchat was quick to acknowledge the issue and fix it. However, it isn’t the same this time.

The front camera is one of the most important elements of the Snapchat app. Due to unspecified causes, the front camera is not working as it should on some devices recently, especially on Samsung Galaxy S22. Android users are more affected here than iOS ones.

Usually, when you double tap on the screen the app switches to the front camera and you can capture or record yourself. However, the latest issue has caused the feature to malfunction.

When you double tap on the screen now, it’ll just switch to different rear cameras if you have a device with more than one camera on the back. Some users with only a single camera at the back that the feature isn’t working and they can’t access the front camera.

my front camera on snapchat isn't working anymore…
everytime i click on the 🔃 it just zooms in and out@snapchatsupport pic.twitter.com/QXGGI4DL9K

For some users, even the dedicated button to switch cameras is not working. The reports about the issue started appearing on Thursday and Snapchat is yet to acknowledge it. Users continue to express their frustration on Twitter, Reddit, and other platforms.

Why is your Snapchat’s Front Camera not working?

There can be a number of reasons why Snapchat’s front camera is not working. It happens when you haven’t granted the required permissions to the app or when your camera has stopped working.

However, the recent issue is linked to a glitch in the latest update for the Snapchat app. This bug has been preventing users from accessing the camera and the “double-tap to switch cameras” feature has stopped working. 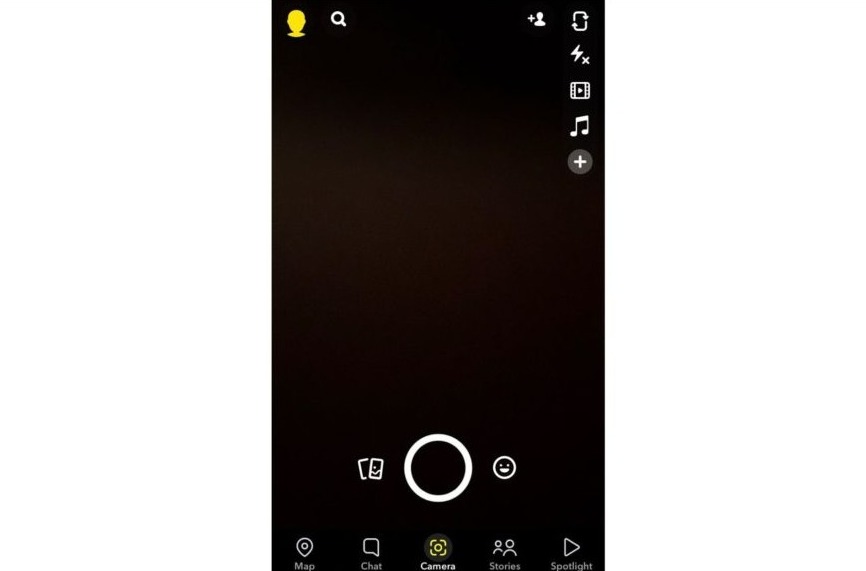 Your device isn’t at fault here if the issue just started appearing recently. Snapchat will soon acknowledge the issue and roll out a fix. Until then, you can try certain workarounds to solve the problem.

How to Fix the Front Camera Not Working Issue on Snapchat?

It could be a very frustrating situation when the front camera of Snapchat is not working as it should. You may even miss out on some very special moments due to the glitch. That’s why we’re going to share certain workarounds here that’ll help you solve the problem.

There are a number of solutions that you can try to fix this error. You should start by trying the general solutions like checking your Internet, restarting the app, and restarting the device.

We won’t recommend uninstalling and re-installing the app as many users have reported that it isn’t working with this issue. However, the workarounds shared below are known to work.

Many users have revealed that they were able to solve the problem with Snapchat’s front camera after clearing the app cache twice. You can also try this workaround on both Android and iOS devices.

Although the Snapchat app also has a feature of clearing cache within the app, you can clear it through your device’s settings. 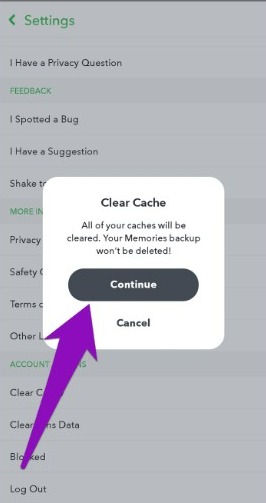 After clearing the app cache once. Turn your device off and wait for a couple of minutes. Restart your device and then repeat the procedure to clear the cache once again. After that, you’ll be able to use the front camera properly.

Another working solution is to grant camera permission to the Snapchat app again. This procedure is also a bit different for Android and iOS users. 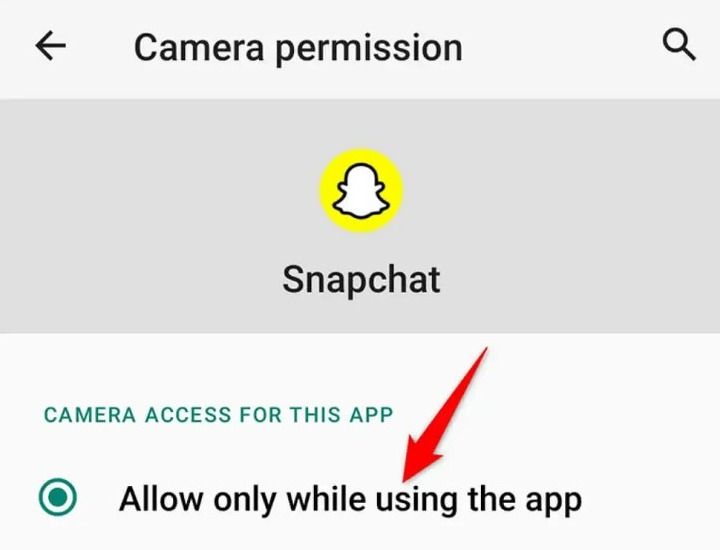 If you’ve been using an older version of Snapchat, you’ll be more prone to such issues. You have to use the latest app version to get the best experience. If you’re an Android user, go to the Play Store, search for Snapchat, and update the app.

If you’re an iPhone user, go to the App Store, search Snapchat and update the app to the latest version. Once the update is installed, launch the app and see if the issue is gone. If it’s still there, then you need to wait until Snapchat rolls out another patch to fix it.

Wait for Snapchat to Solve the Problem

The front camera not working issue has been troubling countless users as the reports continue to appear on sites like Twitter and Reddit. Some users are confused about the issue while others are frustrated due to needing the feature while it isn’t working.

However, Snapchat hasn’t acknowledged the issue yet. Most of the users struggling with the error are using Samsung Galaxy S22 or S22 Ultra. 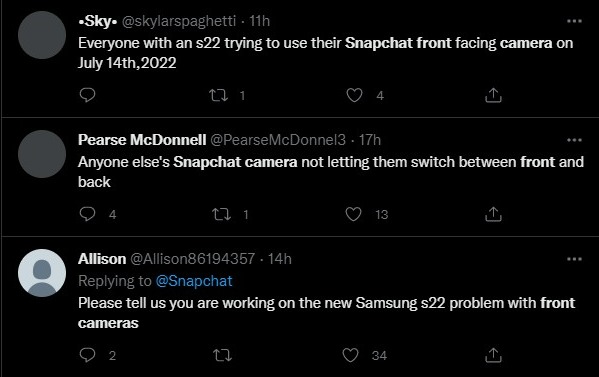 For now, the best we can do is to wait for Snapchat to resolve the issue.

They might already be working on a solution and roll it out soon. Until then, you can simply try the workarounds shared above or use Instagram’s front camera to click awesome pictures.

If you have any other solution for this particular error, feel free to share it in the comments.