Max Verstappen claimed his first victory of the season, clinching the win just ahead of Charles Leclerc at the Jeddah Corniche Circuit on Sunday. 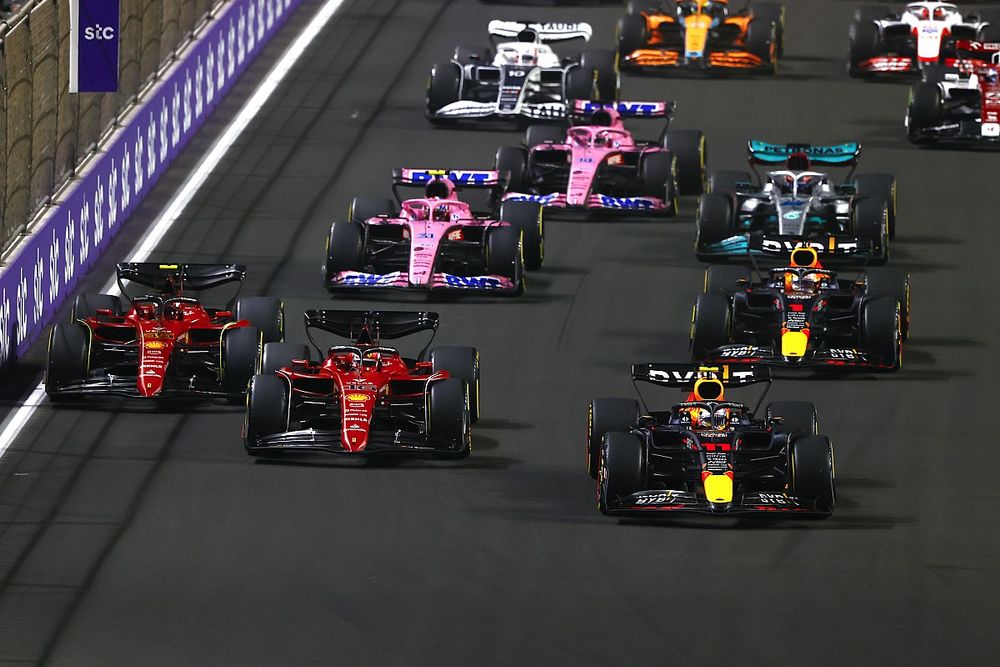 How the Race Went

With lights out, a clean start to the race was witnessed with Max Verstappen making a move to get by Carlos Sainz at the first turn to take third. Sergio Perez got a great launch to retain first place from Charles Leclerc.

By lap 4, George Russell made a magnificent overtake down the inside of Esteban Ocon to get into the top five.

After a few laps, both the Alpine cars were in the midst of battle among themselves to gain the 6th spot. Alonso was forced to give Esteban his position, but later gained up on him when a DRS zone came up. The Alpine team looked to be in trouble for a few laps. 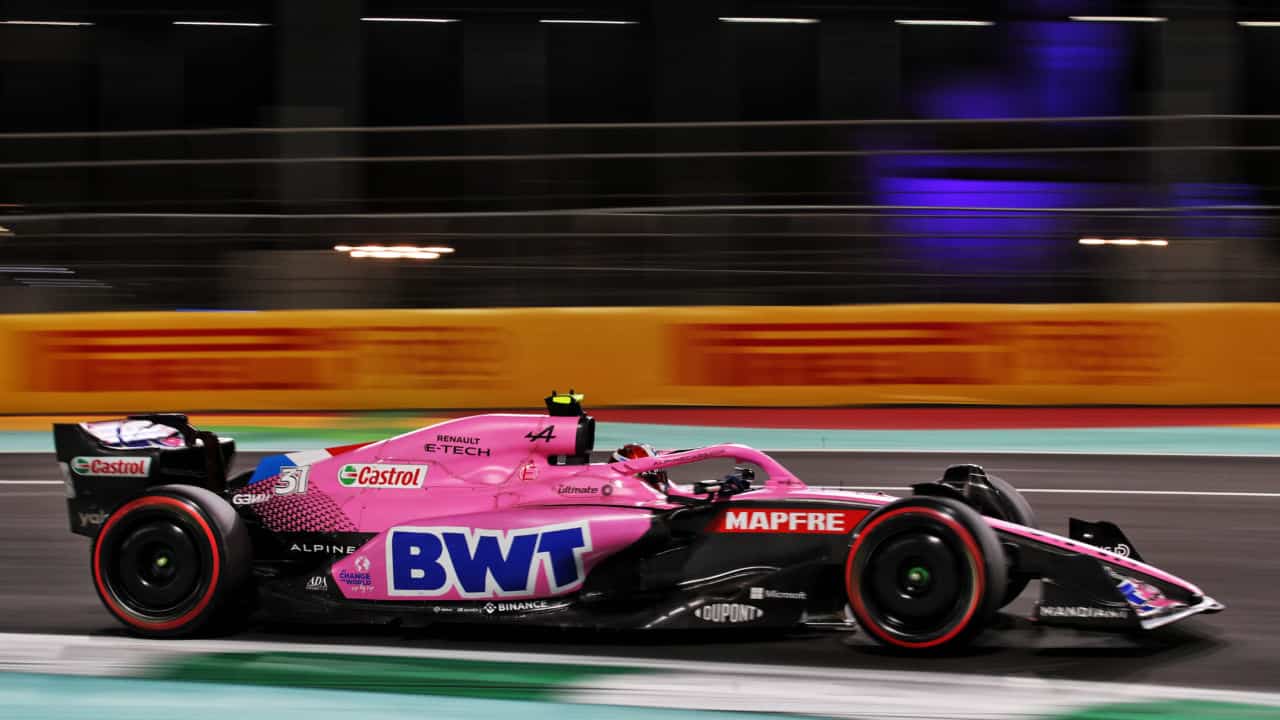 After the race here is what Esteban had to say about him racing with Alonso:

In lap 13, when Sergio Perez was cruising to the victory, he decided to pit to change his tyres on a warning by his team engineer through radio that Charles Leclerc was going to pit too.

But on the contrast, Charles seemed to have outwitted Sergio Perez as he changed his mind, not pitting, calling a bluff to which Red Bull had fallen prey.

Nicholas Latifi crashed at the final corner in lap 16, causing a safety car. This was even awful news for Perez because his rivals had lost less time by pitting under safety car conditions.

Leclerc and Verstappen were now first and second after pitting. Sainz took fourth after he also came into the pits too.

The safety car exited and Leclerc executed a perfect race restart to stop Verstappen from attacking him. Perez let Sainz by to ensure he avoided a penalty from the pit exit incident.

As lap 24 approached, Hamilton found himself move up to a staggering 6th place. This was surprising considering he had started 15th. The race continued in full pace as Leclerc maintained his lead. In lap 36, Fernando Alonso slowed down, losing his power as he dropped from sixth place.

A massive shame for the Spaniard, who limped back to the garage. In the same lap, Valtteri Bottas went to the pit for a third time, also ending the remainder of the race.

Just moments later, Daniel Ricciardo stopped just before the pit lane entry, and reported that he ‘lost drive’ due to engine overheating.

As the race was coming to an end, Verstappen and Leclerc were in a tussle at the top. 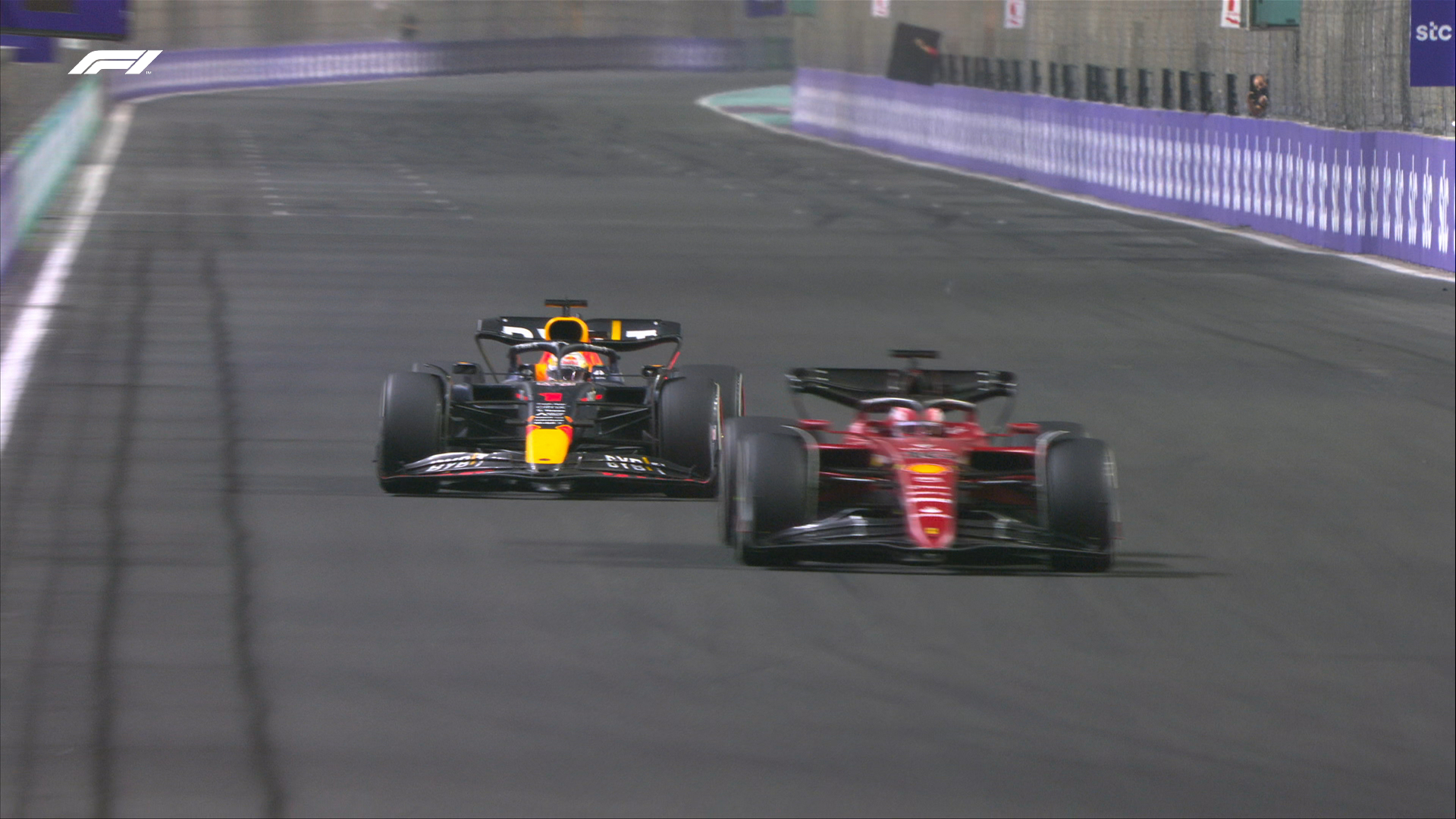 Verstappen took the lead when Charles was forced into a corner. Leclerc was still within a second of Verstappen and is pushing hard to re-take the lead.

But Charles Leclerc could not overtake Verstappen’s steadfast defense at the end, as Max came out on top at the end of an epic race.

Max Verstappen was claimed the winner of a brilliant Saudi Arabian GP after a thrilling battle with Charles Leclerc, who finished second while his teammate Carlos Sainz finished the race where he started in third. Checo Perez would be disappointed to finish 4th after having a wonderful Qualifying on Saturday night.

George Russell made it to 5th after a decent race, ahead of the 6th place where Esteban Ocon and Lando Norris were head-to-head till the last lap, but Ocon made a last minute effort to finish ahead of Norris.

Lewis Hamilton would be proud to make it 10th, within point range as he had a disastrous Qualifying.

With both Ferrari cars taking podiums again, they lead the Constructor’s Championship race while Leclerc maintains a position at the top on the driver’s table. 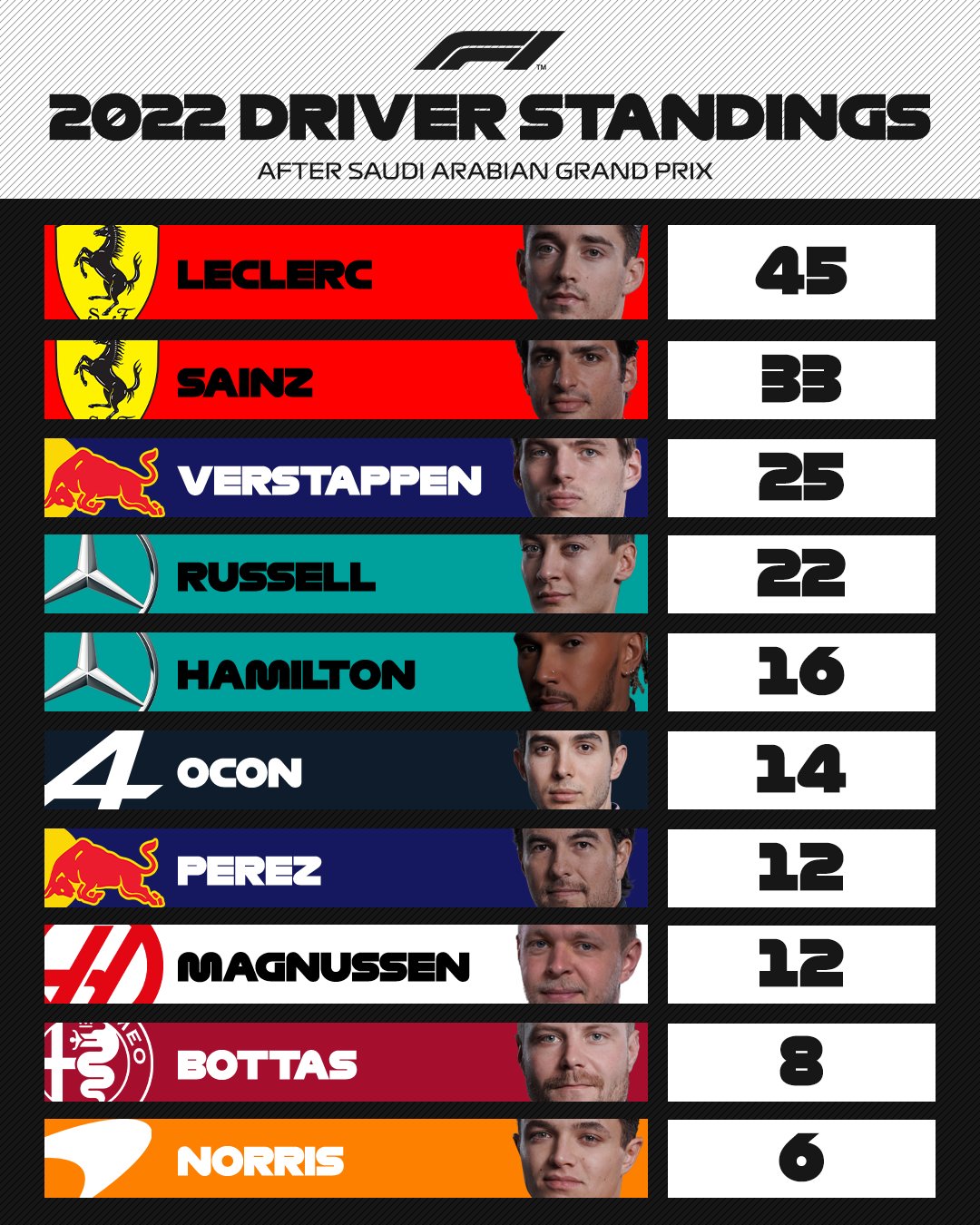 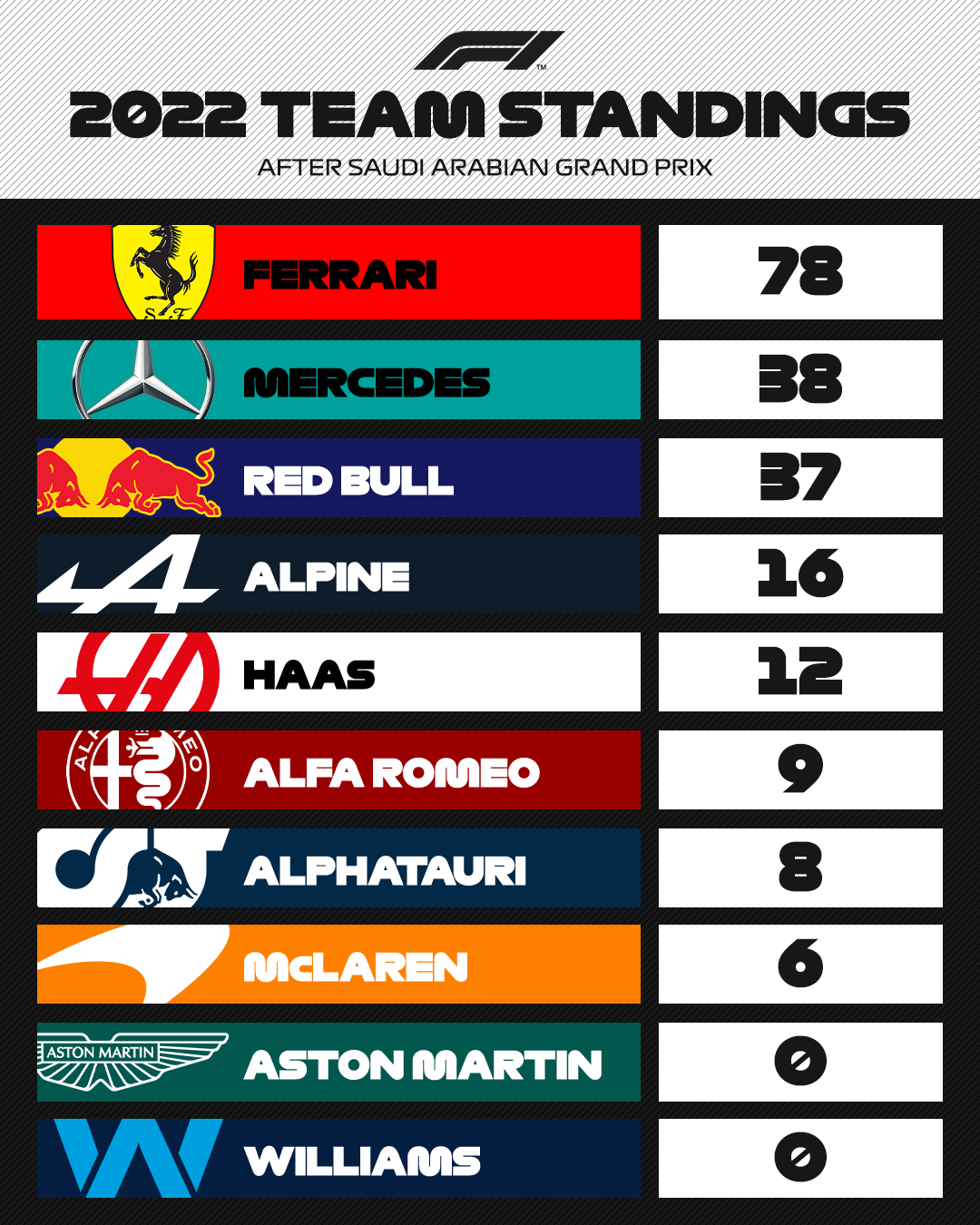 Verstappen as ecstatic after the race. In his post-match interviews he said: 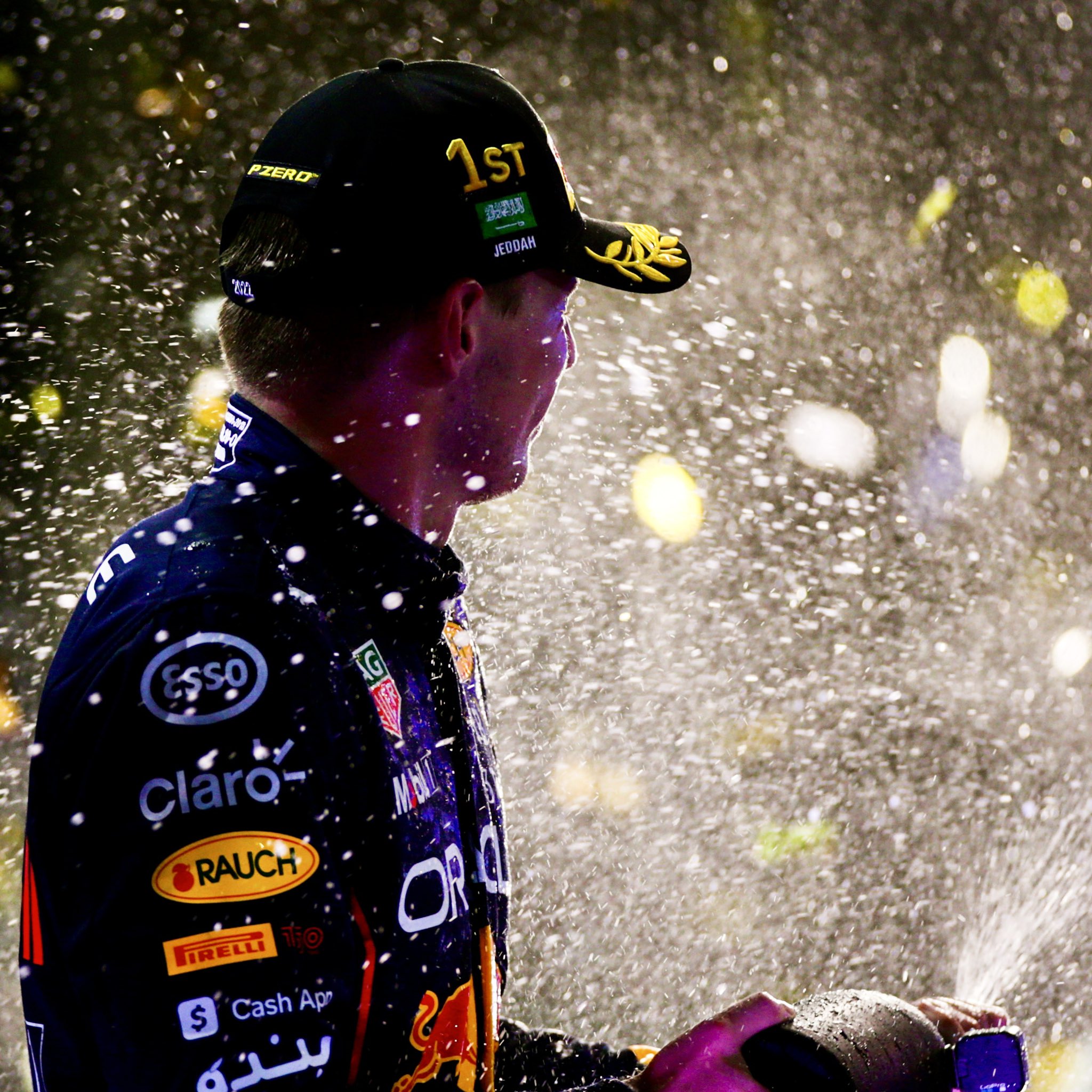 “It was really tough but a good race, we were battling hard and tried to play the long game.”

“It wasn’t easy playing smart tricks in the last corner but eventually I managed to get ahead. I’m glad we’ve kick-started the season.”

Here is what Charles Leclerc had to say:

“It wasn’t enough today but oh my God I really enjoyed that race!,” he exclaimed.

Beginning of A New Rivalry? 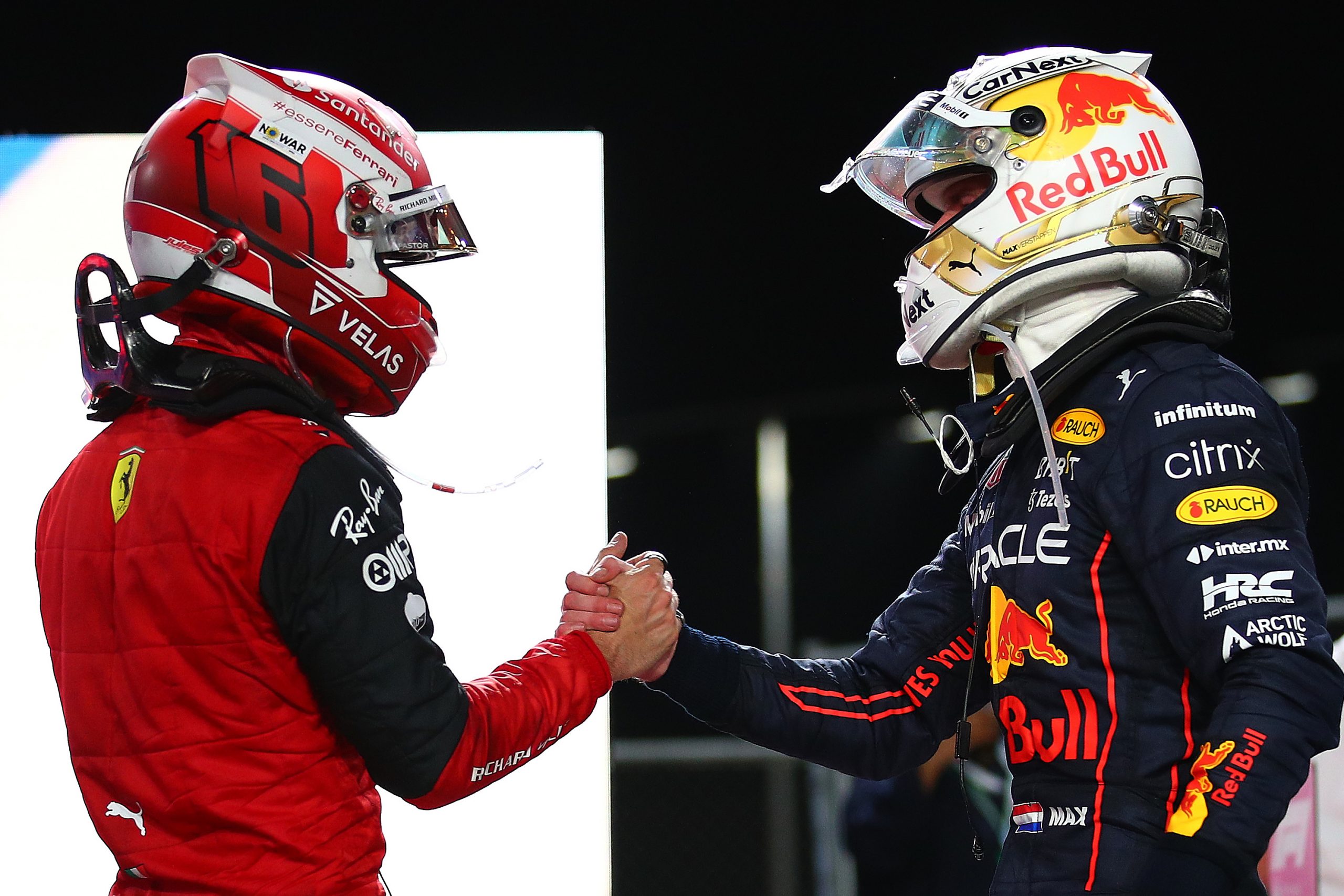 Even though the margins were tiny, had it not been for a collision between two back markers with two laps to go, which brought out yellow flags that forbid overtaking, Leclerc may even have got Verstappen back with a lap to go.

But with Lewis Hamilton not quite in the lead this season yet, has Max Verstappen found his primary competitor in Charles Leclerc?

Ferrari have had a massive improvement in their cars this season. Both their drivers finished 1-2 last week in Bahrain, while they finished a formidable 2-3 in Saudi on Sunday.

The defending champion Max Verstappen is trailing by 20 points, but this could spark up a potential challenge for both drivers for 2022.

When asked about this to Charles, here is what he had to say:

“[Respect] has always been there, especially when you finish a race like this.”

This year also stands for Ferrari to redeem their poor form over the past few years. With making frequent changes in drivers, they have scout their talent in Charles and Carlos.

The brewing rivalry between Red Bull and Ferrari could make the further coming races exhilarating for the drivers as well as the fans.

The drivers are provided a week to rest, as they race off next on April 10 in Australia at the Melbourne Grand Prix Circuit. 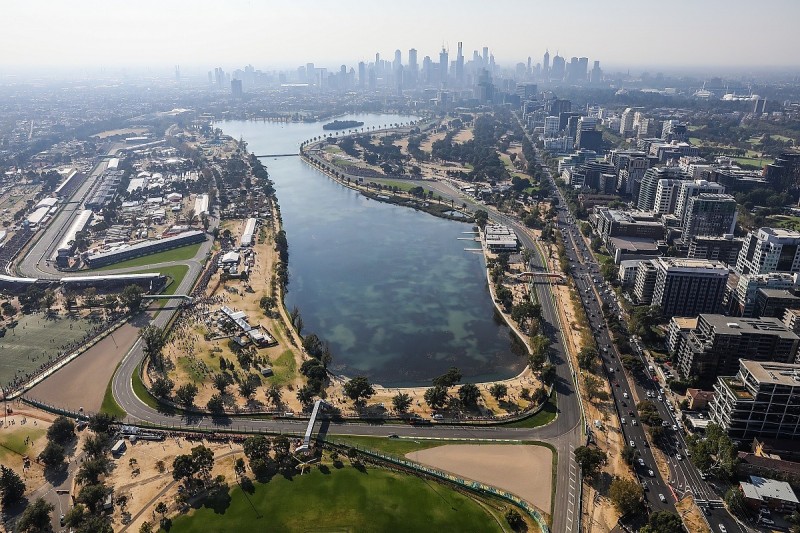 As the racing conditions change, all teams are given a week to improve their cars and make any sort of change. We might also see Sebastian Vettel back, as he would return after being diagnosed with COVID-19.

Tell us about your thoughts on the race.